Why not just have a stick shaker but not stick pusher?

First up, MCAS is not a stick pusher, the stick pusher is a separate system that literally shoves the stick forward just prior to a stall.

As for why have a stick pusher at all, first you need to look at the stalling characteristics of traditional straight wing aircraft. What happens in a docile C172 as it stalls is that you first get some buffet as turbulent air off the wings interacts with the ailerons and elevator and just generally vibrates the airframe. Next, as the stall is entered fully, the point on the wing the lift force acts through, the centre of pressure, moves aft. This causes the aircraft to pitch nose down which pretty much breaks the stall unless the pilot holds the yoke back. So you have the stall warning, the buffet, to indicate the aircraft is about to stall, and then you get the stall identification, the dropping of the nose, as the stall occurs. This is very nice behaviour that requires no special mechanical features.

As aircraft became bigger with artificial feel in the controls and swept wings, the traditional stall characteristics were found to be either missing completely, not sufficiently pronounced, or even reversed. In larger aircraft, including straight wing turbo-props, there is not enough natural buffet felt through the airframe or the controls to give sufficient warning of an impending stall. The stick shaker is designed to mimic that buffet, it is a stall warning system. Jets with swept wings were also found to either not have the nose down pitch associated with the stall itself or they would do worse things such as pitch up and deepen the stall. Aircraft like this that showed adverse stalling characteristics were fitted with a stick pusher which does two things; it mimics the nose down stall identification of a traditional straight wing aircraft, and it forces a recovery prior to entering the stall. The pusher is a stall identification system.

So you see the shaker and pusher serve different purposes. Not all aircraft with a shaker have a pusher. The smaller Dash 8 turboprops only have a shaker, however the larger 300 and 400 series Dash 8s have a shaker and a pusher. The B747 had such good handling characteristics that it did not have a stick pusher except for some certified in the UK that had a pusher fitted because the UK test pilots were unhappy with its stalling and thought it needed one. Airbus FBW aircraft don’t have a shaker or a pusher. In normal law the flight computers literally won’t let it stall while in the degraded laws the stall warning system is an aural alarm “STALL STALL!” and there is no stall identification as such, just the warning.

The MCAS is different. I’m not an expert on it at all, but I understand the new LEAP engines fitted to the B737 Max had to be moved further forward and higher on the pylon compared to older engines due to the short undercarriage so that there was enough ground clearance. This new engine position produced some odd aerodynamic effects at high angle of attack that resulted in the nose pitching up. The aircraft could not be certified like that and the fix was to fit a system that trimmed the nose forwards at high AoA to counter the nose up pitching moment of the engines. It’s not a replacement for the pusher.

The Airbus A320 NEO, which also has CFM LEAP engines as an option, already had good ground clearance so they didn’t have the issues trying to fit the large engines on to the existing airframe.

To the topic. The comparison with the Lion Air crash is inevitable and obvious but a bit premature.

Looking at the WIKI site for 737 MAX it says 17 inch ground clearance on the engines. That seems really low for an engine.

It is fairly low. By comparison, the A320 with the same engine has a clearance of 22 inches.

Looking at the WIKI site for 737 MAX it says 17 inch ground clearance on the engines. That seems really low for an engine.

A unique characteristic of the 737 Link

A unique characteristic of the 737 Link

the plane that crashed is a 737-MAX with the new LEAP engine. It’s not flat on the bottom but they had to lengthen the nose gear to maintain 17 inch ground clearance.

When I was between jobs I worked the ramp for the new 747-8’s. Not sure if it’s any different than the 747-400 but we had to walk the entire ramp before each flight landed to look for FOD. The airport had to drive the runway looking for the same thing.

This could be another Concorde. Engine picks up FOD and comes apart after rotation. If the PIC didn’t have solid control of the plane and tried to circle back then it gets ugly pretty quick.

I’m not an engineer but I wonder if the new composite fans are as robust as the metal ones.

There’s been some talk around here that the quality of Boeing’s airplanes has declined since more and more parts are manufactured all over the world and shipped here for assembly. I don’t know the basis for comparison as in when this started happening on a large scale.

Boeing KC-46 tankers for the USAF were recently found to have debris left inside the wings upon Air Force inspection. Does seem like some corner-cutting.

Well the 737 has always had very low ground clearance, if it was a FOD issue I’d think it would have presented itself by now. Concorde involved FOD rupturing a fuel tank which then caused the further issues. The failure was specific to the entire Concorde design.

from Reuters:
Half a dozen witnesses interviewed by Reuters in the farmland where the plane came down reported smoke billowing out behind, while four of them also described a loud sound.

“It was a loud rattling sound. Like straining and shaking metal,” said Turn Buzuna, a 26-year-old housewife and farmer who lives about 300 meters (328 yards) from the crash site.

“Everyone says they have never heard that kind of sound from a plane and they are under a flight path,” she added.

Tamirat Abera, 25, was walking past the field at the time. He said the plane turned sharply, trailing white smoke and items like clothes and papers, then crashed about 300 meters away.
the plane would have been too low for explosive decompression so they might have had an open cargo door or an engine completely disintegrated and tore into the fuselage.

UK and Germany have now banned all MAX 8’s from their airspace.

I’d guess some preliminary results have been released to interested parties.

I record Air Disasters on the Smithsonian Channel and my entirely anecdotal impression is that stalls are the most-often cited proximate* cause of airliner crashes (at least in the episodes I’ve seen). Followed perhaps by “controlled flight into terrain.”

*proximate only – note that the root causes leading to the stall may be many things.

If the eyewitness reports of papers and clothing trailing the plane in midair are accurate, that’s certainly an interesting data point, indicative of structural failure.

If the eyewitness reports of papers and clothing trailing the plane in midair are accurate, that’s certainly an interesting data point, indicative of structural failure.

Or a cargo door open. If something ahead of the engine tore loose and took out the engine then it’s going to be a multiple factor event.

I wasn’t kidding when I said Boeing needs to get out in front of this. It’s spiraling out of control for them.

I’m not sure how much credence I would give to those eyewitness reports, as there are many possible sources of confusion.

The CEO of Ethiopian Airlines has made statements to the effect that:

[ol]
[li]The pilot had “flight control problems”, which is consistent with the speculation above[/li][li]That the pilots had received additional training on the flight procedures involving the 737 MAX 8 after the Lion Air crash – presumably referring to the stabilizer trim cutout procedures referenced above[/li][li]That he believes “the similarities are substantial” with the Lion Air crash[/li][/ol]
Meanwhile most countries have now grounded the MAX 8, with the strange exceptions of the US and Canada and a couple of others. This has created odd situations where some aircraft already in flight to Europe had to turn back because they wouldn’t be allowed into its airspace. Air Canada, meanwhile, has cancelled a number of flights to the UK from the eastern part of the country that use the MAX 8.

Might US airlines have to ground them because passengers won’t want to fly on them? I wonder when/if that becomes a factor.

Boeing Co. is making an extensive change to the flight-control system in the 737 MAX aircraft implicated in October’s Lion Air crash in Indonesia, going beyond what many industry officials familiar with the discussions had anticipated…

The change would mark a major shift from how Boeing originally designed a stall-prevention feature in the aircraft, which were first delivered to airlines in 2017. U.S. aviation regulators are expected to mandate the change by the end of April. Boeing publicly released details about the planned 737 MAX software update on its website late Monday. A company spokesman confirmed the update would use multiple sensors, or data feeds, in MAX’s stall-prevention system—instead of the current reliance on a single sensor…

The anticipated fix also will limit the extent of the flight-control system’s downward push on the plane’s nose. And it will rely more on technical safeguards than memorized pilot responses if the system misfires. Boeing said the change would come with updates to pilot displays, operation manuals and crew training. 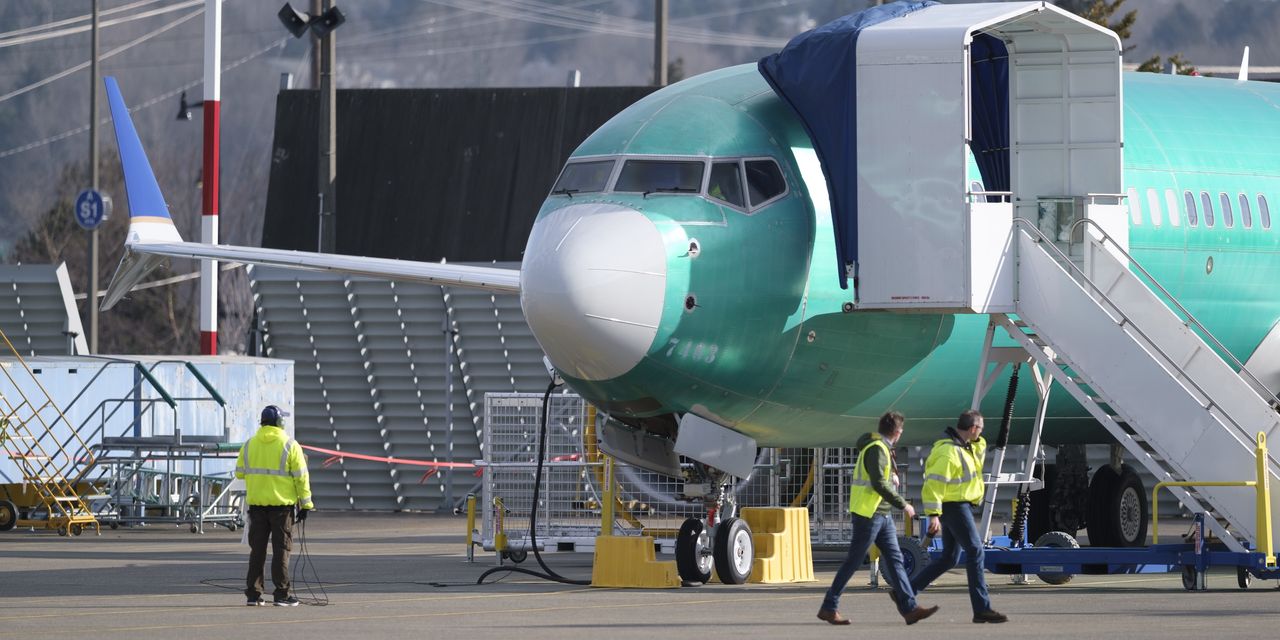 Boeing is making an extensive change to the flight-control system in the 737 MAX aircraft implicated in October’s crash in Indonesia, as world-wide unease about the jet’s safety grows following a crash Sunday.

Not to be a cynic, but “an extensive change” to a sophisticated flight control system released into the field for passenger-carrying airliners in just six weeks doesn’t sound like there’s very much time for testing, including the crucial element of regression testing – retesting all existing functionality to ensure that the new features haven’t inadvertently broken something else. The most recent FAA Airworthiness Directive states somewhat cryptically that “the FAA anticipates mandating these design changes by AD [Airworthiness Directive] no later than April 2019”. It sounds to me like Boeing is working voluntarily under the oversight of the FAA with the understanding that the changes must be in place by the end of April, which seems to imply that someone thinks it’s urgent.

From the same article:

I’m not sure how much credence I would give to those eyewitness reports, as there are many possible sources of confusion.

Witness Gabiahu Pikado told Hadashot 13 that “smoke was billowing from the plane’s rear end, and then it crashed with a boom.”

Maalka Galto, the farmer whose field the plane crashed in, said, “I saw smoke and heard strange noises. Small objects, that looked like papers, fell from the plane. Suddenly I heard a strange sound, the plane made a sudden turn - and it crashed.”

Another eyewitness:
“A fire started burning in the plane’s tail. It tried to lift itself up but started moving from side to side. In the end, after it flew over our house, the front of the plane turned down and its tail went up. It crashed straight into the ground and then exploded.”

Seems a little too detailed and consistent to be confusion.

People who live along the flight path have a pretty good idea of what aircraft sound like.

If it was making strange noises, smoking, and stuff was raining down then I don’t think it was a software issue.

If it was making strange noises, smoking, and stuff was raining down then I don’t think it was a software issue.