I don’t recall if I saw the story on PBS or BBC, but it sure wasn’t on CNN or MSNBC. The strike has been going on since April but certainly hasn’t been part of my awareness and I’m probably more news conscious than most Americans. Arguably, not as aware on this subject as I could be. So I stand corrected on whether Democrats have voiced their support for the striking coal miners. Still, there is an argument to be made that Democratic influencers in the media are not as good at getting out their message targeting as those on the right.

Retiring Senator Richard Shelby of Alabama has announced that he’ll inject $5 million from his campaign coffers into the primary campaign of his former Chief of Staff Katie Britt for his seat. Not normally news that a retiring Senator is supporting a long-time aide to take his place, except that Rep. Mo Brooks – one of Trump’s most slavish and unhinged lapdogs – is already in the race and has been endorsed by Trump.

Sets up an interesting test of Trump’s pull in Republican primaries going into the midterms. It’s Alabama so we’re not talking about a moderate vs. conservative contest, but definitely a more “establishment” conservatism versus election conspiracy loonieness.

Being AL my money is on the conspiracy loon getting the nomination.

Senator Pat Leahy of Vermont announcing this morning that he’ll retire and not run for reelection in 2022, the first incumbent Democratic Senator to do so this cycle. Vermont is reliably blue in federal elections, but has a Republican governor who is sure to come under pressure to run for the seat.

And at least Leahy’s retirement is age related, can’t be attributed to bad Democratic prospects for 2022.

Much as I love Sen. Leahy (and have even met him twice), I think this is for the best, given his age. There are plenty of smart, scrappy Vermont Dems who could fill that seat well. 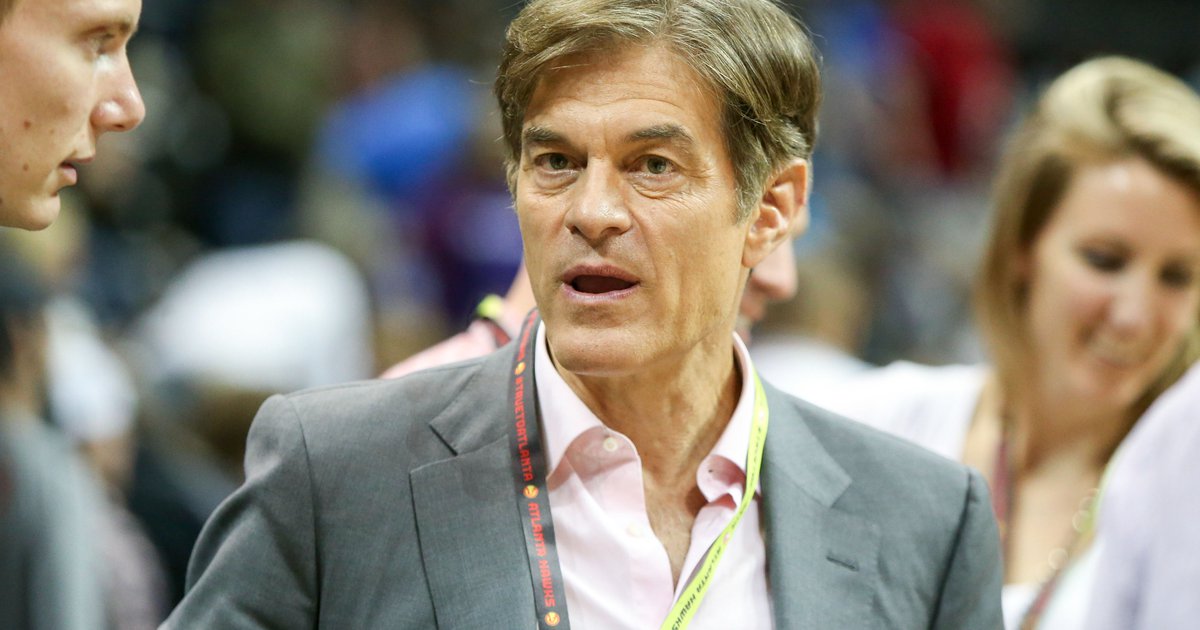 Fuck Dr. Oz. What a scumbag he’s proving himself to be, over and over.

It’s glib bullshit rhetoric like this that cost Virginia Democrats the 2021 election. You think there’s a substantive socio-political difference between most of western Virginia and West Virginia? West Virginia’s largest viable economy is the fossil fuel industry. It would behoove Democrats to give that some consideration and come up with a way of not alienating a state that elected a Democratic Senator who knows his constituency.

Biden just said in COP26 that the OPEC states would need to increase fossil fuel production in the short term while the world works to transition to green energy infrastructure and reduced emissions. Perhaps, in a show of good faith, the Biden Administration could say to W.V. that they too can be part of that bridge solution to renewable energy. That might help Democratic party chances in 2022/24. It certainly can’t hurt.

I had quit watching this thread–but I wanted to say there’s a big difference between actually helping West Virginia and the politics of fossil fuels.

The Democrats have done badly on the politics, but it’s a weird area where I’m not convinced if they handled the issue better, they’d do any better. This is because the issue politically has little real association with the reality.

The reality is back in say, 1940 or so there was something like 100,000 coal miners in West Virginia. In the 1960s Joy Technologies pioneered the continuous miner, a machine operated by 2-3 men that does the work of 100.

Since that time there has been an inexorable decline in the State’s economic situation. By the late 1980s huge job losses had occurred and wiped out many coal communities permanently, many have simply never recovered at all. Then even more hits started to come, for a time U.S. Steel’s operations in McDowell County buoyed that region, but the general collapse of U.S. Steel and the broader steel industry in America wiped that out. Vast newer and easier to mine seams being discovered in Wyoming and other States out West didn’t help either–West Virginia’s major seams have all been heavily mined for many years, some over 100.

By the time George W. Bush was President you had something like 20,000 people still employed in the coal industry and the number goes up and down in the State based largely on the price of coal (higher price means the expensive-to-extract WV seams become more viable, lower means they become less viable), the overall trend has been a decline. I think it’s down to like 12,000 people in the industry in the State now–a common quote is that Wal-Mart employs more people in West Virginia than coal mines.

There is no policy answer to this. You had over a hundred thousand jobs and the communities those jobs supported, that were only in West Virginia because that’s where the coal was. The country is rugged, the amenities are poor, the infrastructure is poor, the schools are bad, the transportation links are bad. There simply isn’t a way to move that level of economy back into West Virginia, because there’s nothing to attract “portable” economic activity to the State. Resource extraction worked because you couldn’t move the coal mines out of state.

Let’s be very clear almost no political policies by either party can make significant differences in the State of West Virginia’s coal industry.

I’ll also note the natural gas industry is kind of an “eye roll” industry by many residents of the State. It was and is highly touted as being a great job generator for the region, but it’s just nothing like coal. A gas well gets drilled and capped in a few weeks then the team moves on to the next job. The best paid workers in that industry are guys who are willing to travel all over the country to drill as needed, coming home occasionally. Gas wells also tend to be relatively small / simple affairs, they don’t produce the huge oilfields like you see in Texas and North Dakota that require much larger numbers of workers to service. Once a gas well is up and pumping it only needs light staffing to keep it maintained. Often times the local jobs at well sites are the lower paying site clean-up etc jobs, as again, most of the experienced professional well workers are veterans of the industry and move all around. Sure, some West Virginians have gotten into that industry with the exploitation of the Marcellus Shale, but the nature of the industry isn’t going to bring 15,000 people back to Welch, WV.

Also something very interesting–I’ve known a number of coal miners, I’ve seen a number of interviews of coal miners etc, almost to a man they all say the same thing–they don’t want their kids growing up to work in the mines. Now, some of their kids did grow up and work in the mines, but that’s just how life works, almost no coal miner wants their son to grow up to mine coal. That should frankly tell you something about it.

If there is a such thing as hell on this earth, the inside of a working coal mine is about as close as it gets.

Patrick Leahy (D VT) is retiring. (He has served a very long time.) At the moment we are looking at one Democrat retiring and five Republicans calling it quits. This must be good for the Democrats.

Certainly Pennsylvania may flip to blue this time around. Lieutenant Governor John Fetterman will run very strong, even against Doctor Oz.

Trump’s pick in the Republican Senate primary in Pennsylvania, Sean Parnell, has suspended his campaign after a judge awarded sole legal custody of his three children to his ex-wife. She accused him of physically abusing her and their children – claims that the judge found credible.

While it’s good to see the trash take itself out, politically having him in the race would have been a boon for Democrats in probably their best Senate pickup opportunity of the cycle.

While it’s good to see the trash take itself out, politically having him in the race would have been a boon for Democrats in probably their best Senate pickup opportunity of the cycle.

If you remember a lot of Democrats considered Trump to be a boon for Democrats in 2016–that he would be easier to beat than other Republicans. Remember how well that turned out.

If you remember a lot of Democrats considered Trump to be a boon for Democrats in 2016–that he would be easier to beat than other Republicans. Remember how well that turned out.

Rubio wouldn’t have picked up all of the crazies that Trump drove to the polls, but the “anyone but Hillary” vote still would have gone for him, and for my own sanity I have to think that a lot of folks either stayed home or voted third party rather than supporting Trump.