I’ll note at the start that, as @XT already stated, these experiments were with viruses not related to SARS_CoV-2 so the pandemic could not have arisen from them. These were the experiments I was describing in the Rand Paul thread as a “rescue-of-function” as opposed to “gain-of-function”. No experiments were designed to make more virulent or transmissible viruses. They were simply testing out each bat virus spike proteins by making hybrid viruses. They tested in cell culture and in mice. However, one of the constructs made mice more sick than the original WIV1 virus.

Tabak said in his letter that the research plan had been reviewed by the agency before funding, and the agency determined that it did not meet the NIH’s definition of gain-of-function — or what the agency terms [research involving enhanced pathogens of pandemic potential](Research Involving Enhanced Potential Pandemic Pathogens | National Institutes of Health (NIH)) — “because these bat coronaviruses had not been shown to infect humans.” It therefore was not subject to review under the Department of Health and Human Services’ framework for enhanced pathogens.

But, he added, “out of an abundance of caution and as an additional layer of oversight,” the agency had outlined criteria in the terms and conditions of the grant award for a secondary review, “such as a requirement that the grantee report immediately a one log increase in growth,” meaning a 10-fold increase in viral growth, to “determine whether the research aims should be re-evaluated or new biosafety measures should be enacted.”

“EcoHealth failed to report this finding right away, as was required by the terms of the grant,” the letter reads. “EcoHealth is being notified that they have five days from today to submit to NIH any and all unpublished data from the experiments and work conducted under this award.”

Tabak then spent the bulk of the letter’s second page explaining that bat coronaviruses used in the experiments “could not have been the source of SARS-CoV-2 and the COVID-19 pandemic,” as we’ve established.

The NIH is simply being extra careful, as they should be. Meanwhile Republicans lie about it to suggest that this caused the pandemic because that’s what they do. 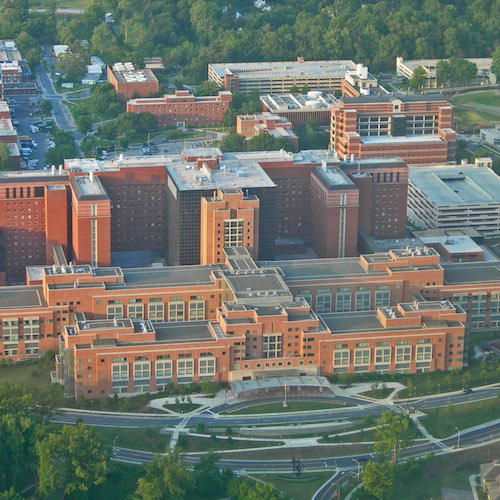 Republicans say a letter from a National Institutes of Health official is an admission that the agency funded so-called gain-of-function research on bat coronaviruses in China, with some falsely linking the work to the pandemic coronavirus. But the...

A new commentary in Science by Michael Worobey of the University of Arizona reports investigation of the very first recorded cases of COVID-19 to determine its origin. There is also a CNN article with a quote or two from the author, and some other scientists. The author says the research “tells us that there’s a big red flashing arrow pointing at Huanan Market as the most likely place that the pandemic started.”

This map really tells the story. Cases with no obvious link to Huanan Market were still geographically centered around the market, and suggests that community spread was already happening in the second half of December, 2019.

Any alternative hypothesis is going to have to explain why those early cases centered around the market.

Any alternative hypothesis is going to have to explain why those early cases centered around the market.

I don’t think anyone has suggested that the market was not at the centre of the original outbreak. How the virus got there remains to be verified. Could be brought there by animals, could be by a single asymptomatic person. Once there it seems like a great place from which to spread.

Also, at this point in the “investigation” I don’t think I’d put too much trust in information gleaned from internal Chinese organisations. What info remains unavailable is just as important as what is, seeing as it is unlikely that anything remotely contrary to China’s official line will be willingly shared.