Advice on what new mobile phone to get?

While going to the AT&T store might help, they likely won’t assist if the prior pre-paid plan wasn’t a direct AT&T billed option (which is unknown at that point), and the OP expressed concern about being upsold on both phones and plan.

My advice at this point - the last post said plan is paid through December. If I were in your shoes I’d buy the Alcatel mentioned by @Whack-a-Mole upthread even if it’s a bit pricey for what you get at $99 and while implied, it doesn’t absolutely state it has a charger

A phone I mentioned in the prior thread, a Nokia 225 for $49.99 which specifies that the charger (generic micro usb anyway). Both are unlocked, low feature phones which should get the job done.

Depending on your SIM, it may be a one size, or multi-SIM. If not, you will need (and probably best at the store) to transfer your service from old to new SIM that matches the new phone, install said SIM in phone, and be good to go (you will almost certainly have to manually re-enter contacts though).

When December rolls around, pick a cheapish prepaid plan, either with AT&T or the one I linked from T-Mobile, or whatever else works best for you. Going to a new carrier will likely require buying a new SIM, generally $15-25 dollars, but the phone being unlocked will continue to work on the bands it supports.

Don’t forget to transfer your saved phone numbers/contacts (if you have a lot). You may need to go to a store and have them do this for you with these phones.

and they don’t mention up-front which chargers work with which phones.

You are definitely living in the past. In the Android environment, all current chargers work with all current phones. The “different charger for every model” era is long over. A modern cell phone charger is a small brick that a USB cable plugs into. Companies feel like they can get by without bundling one because the large majority of buyers already have 27 of them piled in a drawer.

Here you go. Buy a dozen of them for 20 bucks. Put one or two in every room in your house. 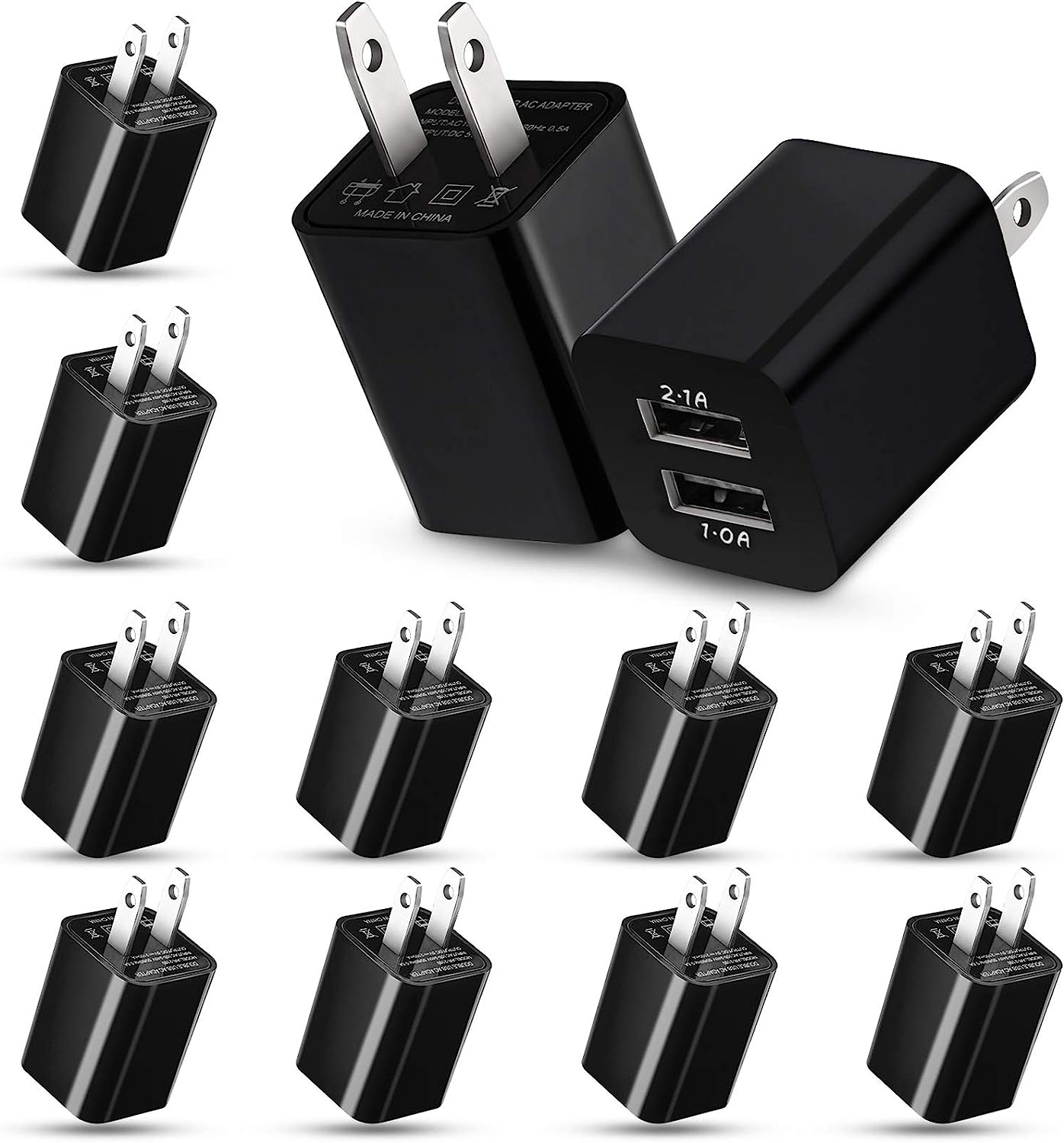 It is probably the cable with the correct connector that will frustrate the OP.

Is that what you’re looking for? I don’t understand why you would need another place or to upgrade your plan or anything.

By all accounts (without exception that I know of), ALL telecom companies have the worst plans and customer service of all – Every one of them is worse than all the others, which is mathematically impossible, but they manage it anyway.

Actually, you cannot even say that for certain, as the different plans differ in parameters (including, in Europe, among many others: the color of your eyes, your marital status, or, optionally, whether you are left- or right-handed) in such a way as to make them incomparable to each other. It’s called the Telecom Incommensurability Principle (TIP) or the Drive the Customer Nuts Approach (DCNA).

In my experience the people working those stores are worse than used car salesmen. I got upsold big time by the woman I dealt with.

Exactly my experience with Vodafone Germany, only in my case it was a man. Imagine how pissed I still am that I came here to rant gainst telecoms in general after more than 15 years!

@RitterSport - the phone looks solid, but one of the reasons we were looking at unlocked phones was that the OP indicated their frustrations with the fact that the old plan on the carrier wasn’t supported and didn’t know if they could find a plan that suits their needs.

Carriers are notoriously unwilling to unlock their phones in a timely manner, especially the pre-paid options. It isn’t that they won’t - but it it is often more trouble than it’s worth, so figured unlocked from the get go is a solid choice.

Again, I do think that the phone you linked to is a solid option, and if @Senegoid plans to stay with AT&T, I’d see nothing wrong with at all for his planned needs, and it’s reasonable price as long as their local store has it in stock (not a given for a large number of establishments who want to sell the expensive models!).

I don’t really understand how the plan would no longer be supported – I get that the phone isn’t, because it’s 3g. Anyway, maybe he could add one of these to the plan without making any other changes:

That is, just change out the SIM card (if the old phone even has one).

LOL - yeah, we think alike, since I already linked the 225 upthread. As for the plan, apparently it’s a grandfathered plan with limited minutes/texts that was $25 quarterly that the OP mentioned that the carrier will not support anymore although they’ll extend the existing credits until December.

It’s likely a plan provided by a prior reseller / low-value subsidiary that they’re just not supporting anymore. I knew of a bunch of T-Mobile plans that they’d keep chugging along even if it was a pain, but if you wanted any of their newer promos, you had to activate the new hottness of plans to get them.

Got it. I’m paying too much for five lines on Verizon, so I don’t have his particular problems, at the cost of an extra couple of hundred per month.

Thank you all for your latest tranche of remarks since I last visited this thread yesterday! I’m a bit distracted with unrelated stuffs at the moment, so I’ll just make a few remarks for the moment. But I will be taking all the above posts into consideration in the Very Near Foreseeable Future (like, this week I hope).

You’re making this too hard on yourself.

I think this is right.

If I can transfer at least some of my current plan’s “assets” to a new plan, then I’m somewhat committed to stay with AT&T. Then, at least, I only have one company’s multitude of convoluted offerings to think about.

I’m sure I can’t keep my current plan – there is nothing quite like it available now (specified number of minutes for a specified quarterly price), and even the cheapest of current plans include far more goodies than I’m probably interested in.

So I’ll get a simple-ish new plan and hope that I can get some of the accumulated value in my current plan applied to it. But I doubt that my current plan, as-is, is still viable.

You are definitely living in the past. In the Android environment, all current chargers work with all current phones. The “different charger for every model” era is long over.

I see that that’s mostly true. My larger complaint was that details like this weren’t mentioned up-front. The specs for the phones didn’t mention that the charger is not included – I stumbled upon that fact in some Q&A thread. I found a page of accessories, which mentions that most chargers work with most phones, but then I had to dig further to find a page with a phone/charger compatibility matrix.

I don’t see much need for a dozen chargers, but I might find it useful to have a car charger that I can plug into my car while I’m out on the road – after all, my primary intended use for a mobile phone is when I’m, y’know, mobile. I’ll need to take a look at what kind of ports my 2001 Camry has – at the very least, it certainly has a traditional cigarette-lighter port.

It is probably the cable with the correct connector that will frustrate the OP.

That seems less likely to be a problem, unless @Whack-a-Mole knows something that I don’t (which all respondents in this thread presumably do, of course). Looks like the standard mini-usb cables are pretty much universal now.

Looks like AT&T has a roughly-suitable plan or two for me with some Samsung cheap-o models in this price range. I’ll mention more about them in another post, later. Anyone here have experience and opinions/advice about cheap-o Samsung (Android) models?

How widely deployed is 5G now? I spoke briefly with a rep at the local AT&T reseller. He says 5G is everywhere by now. I found some on-line maps of 4G and 5G coverage from various telecoms, and they show 4G much more widespread than 5G. But I’m not sure how current those maps are. Can someone link to coverage maps that are known to be reasonably current?

Since I use my cell phone so little, I have very few contacts in it. If I have to get a new phone and start over from a clean blank slate, I could live with that. I would hope to keep the same phone number, but even that is not an absolute need.

Looks like the standard mini-usb cables are pretty much universal now.

Nope. USB-C. Mini is two generations back. (It was replaced by micro.)

Nope. USB-C. Mini is two generations back. (It was replaced by micro.)

Well, now you see why I need to do a thread like this.

Well, now you see why I need to do a thread like this.

USB-C is great. The plug works in either position, there is no “upside down”.

If AT&T honestly can’t be battled into keeping your plan with a new phone, I’d switch carriers.

But anyway I wanted to mention https://www.att.com/ecms/dam/att/consumer/help/pdf/Devices-Working-on-ATT-Network.pdf (PDF).

I have NO idea on this. Never used one.

I have NO idea on this. Never used one.

I was about to chime in on this. I have a Tracfone.

Find a range of options with our add-ons to add to your no-contract plan! Shop from a selection of extra minutes, texts, data, and global calling cards!

On top of that you need 365 days of service or you can do 30 at a time etc. Walmart shows a card that also includes some minutes etc.

I buy what I need when I need it.

Browse Our Clearance Sale For Our Phones | Tracfone Wireless

With the best offers we have to date, check out our selection of phones and start using your phone today! Get them while supplies last, offers for a limited

By the way, I can use my home wifi to avoid burning my data.

Almost certainly, that’s what pretty much everyone has been recommending. Still, some pay-as-you-go / pre-paid plans are monthly recurring as well. See the $10 TMO plan I was mentioning upthread. You just have no contracts, generally no phone based installments, and a lot fewer perks, none of which the OP mentioned needing.

Yeah, I only ever used my old dumb cell phone for keeping in touch when I was out on the road, and only rarely even that, and for emergencies.

If I end up with a newer somewhat-smarter phone (and apparently even the dumbest of current phones are a lot smarter than what I’ve got), I might try playing with some of the new-fangled whizbangs. I can imagine that I’d play with taking pictures if there’s a camera, and uploading them somewhere. Maybe I’ll have some cloud storage for pics, then I could post links to them here?