Has anyone seen this show yet? 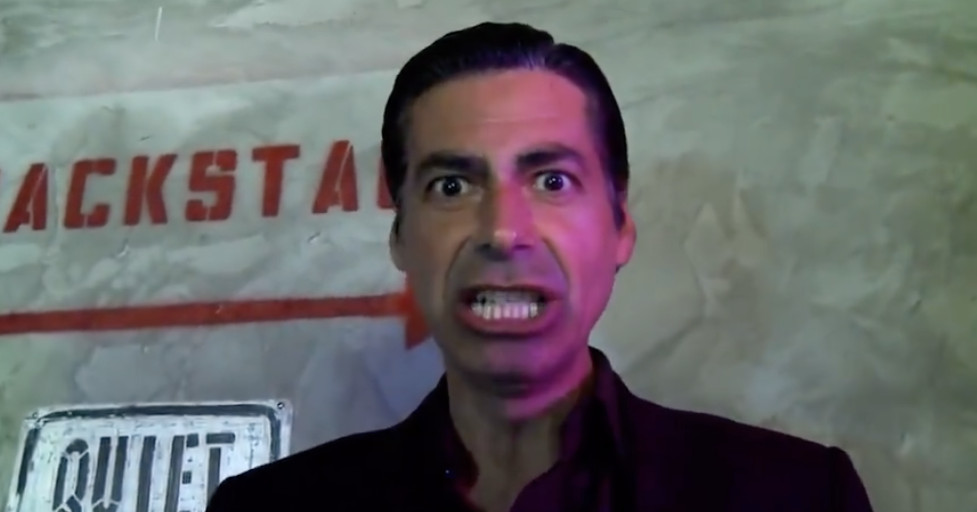 Let’s rundown what happened on last week’s premiere, and get you ready for Sept. 29’s big show featuring a Hammerstone vs. Tom Lawlor title fight and more!

I was actually thinking if the rumors of Bray Wyatt coming to AEW were true, he’d emerge as the new Chosen One of Dark Order. Amanda’s intervention was better.

Still, seeing Bray, Braun and Eric coming out to fog and Wyatt Family’s original music would have rocked.

The Acclaimed vs. Michael Martinez and Vary Morales

Martinez is much taller than Morales

Taz: Wow. Very odd pairing right here. Martinez, Morales… Morales is the uh, not quite as tall competitor. I’m being PC Jones here.
Ex: I was going to say the guy in the silver and pink trunks, but to each their own Taz.

Taz: It’s rare Excalibur, that you see two guys wearing pink in a match against each other. It’s very odd. Maybe not odd, but kinda weird. Maybe it’s not that weird, but in 2021, it’s weird, and interesting to me.

Has anybody watched Heels? They have a couple episodes on the YouTubes, and I watched a few minutes, then ended the stream. All those fake Southern accents made me nauseous.

The Walking Dead had actors from England who sounded more authentic. It involves more than talking like a retard and going to church.

AJ Mendez (fka Lee) is returning to wrestling as a booker/producer for WOW’s revival next year. 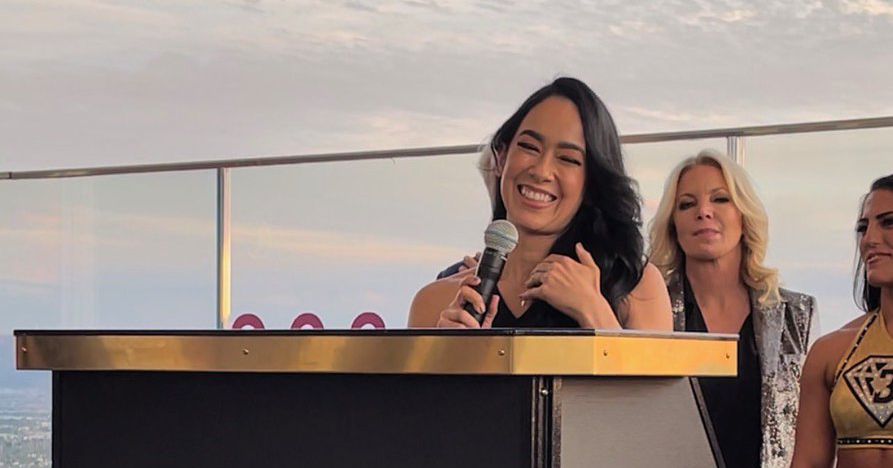 April Mendez will be an Executive Producer with the rebooted women’s promotion, which has a deal with CBSViacom to launch next year.

Apparently she has some neck injuries, so an in-ring comeback is unlikely (and here I thought she only retired because she was sick of people chanting her husband’s name every time she was in the ring), but she’s no doubt got a wealth of knowledge and experience she can lend to the promotion.

Vince apparently hasn’t learned his lesson from the last time he tried to counter-program AEW, because this week’s Smackdown will run an extra 30 minutes to overlap with Rampage.

In retaliation, Rampage is now going to have a 60-minute live pre-show on Youtube… featuring BRYAN DANIELSON VS. MINORU SUZUKI.

AEW Dark is only 22 minutes this week, so not a good crop to select Tazisms from this time.

Taz: Throughout Orlando, Mickey Mouse himself razzed Team Taz in FTW gear!
Ex: So you’re saying Mickey Mouse himself came over from Disney World to Universal Studios in the orange and black?
Taz: He went in through the forbidden door brother!
Ex: I’m surprised Taz, that wasn’t front page news on the Orlando Sentinel.
Taz: Well, they fabed it.

I just had to give props to a moment in the 6-man between Adam Cole & The Young Bucks vs The Dark Order on Dynamite this past Saturday. The three Eliters have this move where the Jackson brothers run the ropes a couple times while Cole has the victim in a Camel Clutch, and instead of doing a double Superkick, they double-kiss Cole on his cheeks.

This time, Cole had Evil Uno in the Camel Clutch. The Jacksons start their rope run, but all the sudden Silver and Reynolds trip them, pull them out of the ring, then sneak up to Cole and double-kiss Cole. He all the sudden has a look of horror on his face as his eyes grow wide. Big LOL moment.

Also, there was a segment where Tony Schiavone interviewed Jurassik Express, and Jungle Boy joked that he felt sorry for Luchasaurus because The Elite’s triple-bomb on him looked terrifying – they had hugely botched it in the previous episode. The Elite ambushed them and did the triple-bomb correctly to get their heat back. They come up with creative ways to atone for their fuck-ups.

Roman Reigns vs. Brock Lesnar, Universal Championship Match : Reigns wins and retains, and I say this only because there’s speculation that Lesnar won’t wrestle again until the Royal Rumble.

Big E. vs. Drew McIntyre, WWE Championship Match : Big E. wins and retains, because McIntyre is headed to SmackDown. Drew will feud with Reigns there over the title.

Finn Balor vs. Xavier Woods, King of the Ring Final: Xavier wins to get his signature singles moment as a member of The New Day. Kofi and Big E have already won the WWE Title; Xavier deserves something nice.

Of the 9 matches, 4 are a lock (Reigns, Big E, Goldberg, Mansoor), 1 is almost a lock (Rollins), and 4 can go either/any way (though I think Banks doesn’t win - the title is going to Raw). I could definitely see giving the Saudis a tag team title change. KotR is better suited for a heel, and FB can more easily turn heel than New Day (and I would really hate a Xavier heel-turn just to feud with Kofi because it would be so WWE). Pretty good for a wrestling show, especially WWE. Too many PPVs have near 100% predictability.

Eddie Kingston joins commentary. He and Archer will be facing each other in the Number 1 contender tournament.

Eddie: Waddaya want me to say?
Taz: I hope you’re focused!
Eddie: I’ve done this, I’ve done this dance with him before. I have no problems fightin’ anybody in this company. I don’t care. So let him go in there, play with this kid. I’m not a kid. I’m a grown-ass man, and I’ve gone to war with him and I’ll go again. And it’s for the world title! It’s to be a world title shot.
Taz: Yeah, so it’s an eliminator. It’s an opportunity to get towards the championship here.
Ex: Tournament finals taking place…
Taz: Don’t you care about that?
Eddie: Yeah! Of course I care!
Taz: You don’t care about your opponent. You do care about that though!
Eddie: I care about being world champion!
Taz: You should!
Eddie: You should care to be the world champion!
Taz: You probably heard me talking, you heard me cut that promo…
Eddie: Yeah yeah yeah, let’s keep getting yourself over, of course.
Taz: That’s my gimmick, bro.
Eddie: Of course. Gimmicks, yeah. That’s the problem. Anyway…
Archer sidewalk slams Fernandez
Eddie: Here we go, big slam, there we go, c’mon Lance.
Taz: I don’t know how you say, hold on Excalibur, you say you’re not worried about your opponent, he’s a big, mean nasty son of a bitch…
Eddie: No! No, I kick him in the knee, I kick him in the nuts…
Taz: I know that!
Eddie: He goes down, I poke him in the eyes, he’s blind! I bite him, it hurts him! Either way, you have to fight…
Taz: So what did you come out here for? What are you doin’ here?
Eddie: Cuz you wanna know why? I was told to come out here!
Taz: Who told you? Tony Kahn told you to come out here?
Eddie: They! Told me to come out here and help you out!
Taz: You don’t have… to help ME out?!
Eddie: Yeah!
They talk over each other.
Eddie: I already talked to Tony!
Taz: Hey, respect the elders, there are already guys here older than you. And I am.
Eddie: Hey, I already told you not to talk over me! Excalibur taught me that!
Ex: Taz, what do you think this is, Dark Elevation?

(though I think Banks doesn’t win - the title is going to Raw).

Yeah, I should have realized that Charlotte’s moving to SmackDown. I guess Charlotte and Becky will trade championships tomorrow, like The Street Profits and The New Day did when they were drafted.