Presumably something is pushing on something while at a stop light.

For those not familiar with a torque converter, picture two fan blades facing each other with both submerged in a thick liquid. If you spin one fan blade, you’ll spin the liquid around with it and the other fan blade will get spun by the liquid. But it’s not a solid connection. If you stop the 2nd fan, then the first fan can still spin, you just end up sloshing the liquid around.

This is how the torque converter allows the wheels to stop without the engine also stopping.

If there is no engagement between the engine and drive shaft how does a car creep forward when in idle? Presumably something is pushing on something while at a stop light.

I didn’t say there was no engagement between the engine and the driveshaft. As @engineer_comp_geek notes, the torque converter connects the two and allows for a speed differential between the engine flywheel and the transmission input shaft. There is a small amount of torque that’s hydraulically transferred across the converter when the speed differential is low (e.g. engine at idle and transmission input shaft at zero RPM); this is what makes a car creep forward when you take your foot off of the brake. But there’s no mechanical/friction-based clutch that’s slipping with load transmitted across it; it’s not like letting the clutch halfway out on a manual-gearbox car.

When it comes to reliability, it all comes down to how well the diesel was designed in the first place.
The afore-mentioned Olds family of diesels were atrocious, yet the in-line ohc 5 found in Mercedes applications from the late 70s-early 80s is one of the durable units in automotive history.

You see one of these going down the road: 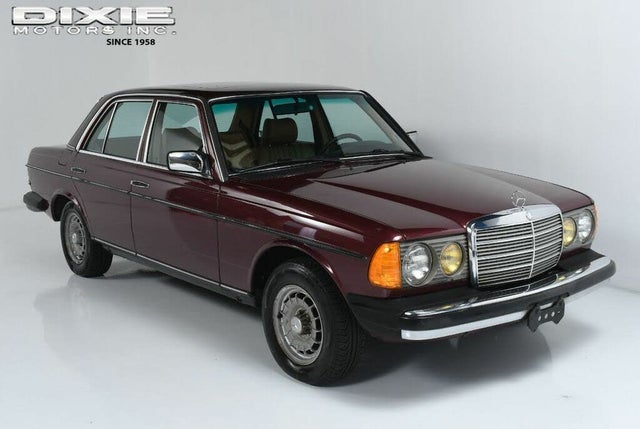 …the overwhelming probability is it is diesel.

Ah! Thanks very much for posting this! I’d wondered about several of these points forever.

Now I wonder if including a torque converter to first gear of manual transmission cars would make them easier for beginners? And I guess it would, but also guess this isn’t much of a priority compared to how difficult it would be to build in.

Are there torque converters on CVT cars? And do they lock out?

Are there torque converters on CVT cars? And do they lock out?

The ones that I am familiar with do have a torque converter and they do lock up.

I have read about CVTs with centrifugal clutches or electronically controlled clutches but I don’t know which vehicles (if any) are using them currently.

Back in the 80s, our family used to take long summer vacations, driving across the country in a station wagon towing a pop-up camper. Depending on what gear the car was in, and how hard you were pushing on the throttle, the transmission would come out of lockup. This was most noticeable in second gear when grinding up long, steep mountain grades. A good example of this is the east entrance to Yosemite National Park from Lee Vining, headed up toward Tioga Pass (though there were plenty of others). My dad had fitted a temperature gauge to the transmission fluid so that he could see how hot it was getting and stop the car for a break before it got hot enough to degrade the fluid. And it certainly did get hot enough to stop now and then. We never had a temperature problem when cruising the interstate highways (top gear, converter in lockup), so presumably the vast majority of that heat during prolonged low-speed ascents was from viscous dissipation in the torque converter when it wasn’t in lockup.

The afore-mentioned Olds family of diesels were atrocious, yet the in-line ohc 5 found in Mercedes applications from the late 70s-early 80s is one of the durable units in automotive history.

You see one of these going down the road:

…the overwhelming probability is it is diesel.

Yes, the Mercedes Benz W123 Diesels are legendary for their longevity. I’ve seen a documentary about Morocco’s taxi drivers the other day, and in Casablanca and other cities there are still thousands of those around as taxis, even some of the previous model, which is called /8 (Strich-Achter), many of them more than 50 years old and with wide over 1 Million km mileage. The Moroccan taxi drivers swear by their classic Benzes, and everywhere there are backyard garages that can fix everything, mostly by improvisation. It was fascinating.

ETA: also in Germany, in the 70s and 80s, almost every taxi was a Benz Diesel. And many of them later were shipped to Morocco to have a second life there.