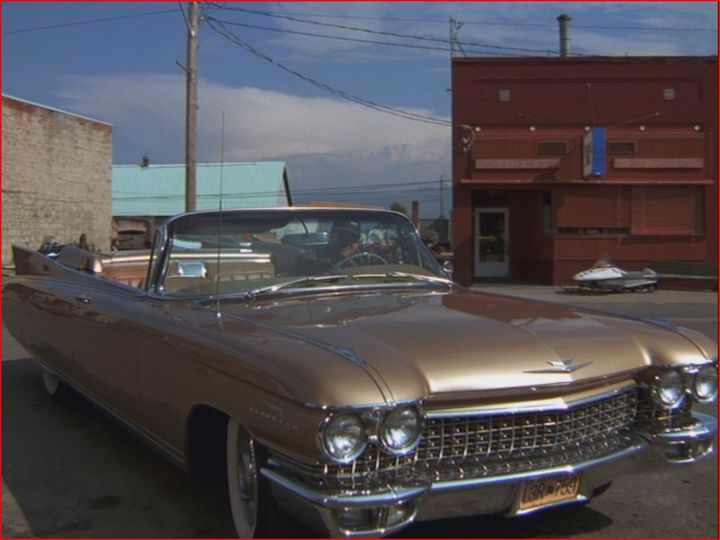 Bad: Jayne Mansfield in The Girl Can’t Help It (which constantly emphasized her curves) driving a 1957 Lincoln Premiere Convertible–a straight-sided car shaped like a brick (unless it was chosen for contrast?):

Evidently she liked the Lincoln so much that she bought a nearly identical one. 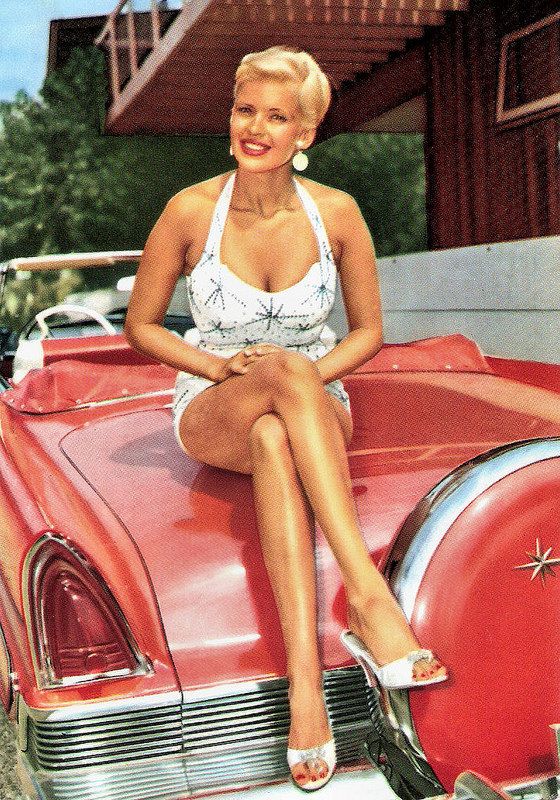 If you’re wondering (I wondered), that was NOT the car in the fatal accident.

…Mansfield had been on her way to New Orleans from Biloxi, Mississippi, where she had been performing a standing engagement at a local nightclub; she had a television appearance scheduled the following day. Ronald B. Harrison, a driver for the Gus Stevens Dinner Club, was driving Mansfield and her lawyer and companion, Samuel S. Brody, along with three of Mansfield’s children with her ex-husband Mickey Hargitay, in Stevens’ 1966 Buick Electra.
…

I didn’t realize 3-year old Mariska Hargitay had been asleep in the back seat when it happened.

There was an episode where he describes why he got the Cadillac instead of the Corvette like all the other astronauts. Unfortunately I can’t remember the details.

Poor Matt Damon got stuck driving a cheapo Russian taxi (a GAZ Volga 3110) during the big chase scene in “The Bourne Supremacy”, instead of the sportier Mercedes chasing him (and crashing into things).

On the other hand, the taxi that was commandeered in “Taken 2” and the chase cars were Mercedes.

Apparently it is good product placement to have your vehicles battered and smashed up in action movies.

I’m torn on James Bond’s Aston Martin. On one hand, there’s no way a real spy would ever drive anything that flashy. But on the other hand everything about how Bond operated was completely unrealistic in terms of actual spy craft.

However, much of the time Bond was trying to blend into high society.

Seems like a convertible would be an awfully impractical vehicle in Alaska.

Though, being a TV show, I seem to remember there were an inordinate amount of episodes that apparently took place in the summer, or at least light jacket weather. Although they did have the occasional ep where they emphasized the cold & snow, or they at least acknowledged winter coming.

Dwight was very concerned about image when he bought a Trans Am. It’s always been a flashy version of the Firebird with fake scoops, spoilers, air damns, and decals to make it look faster than it was. If Dwight didn’t care what others thought, he’d have driven a Mustang LX with the 5 liter, or a Firebird Formula, which had all the performance parts of the Trans Am but didn’t shout, “boy racer.”

How about the opening of Batman vs Superman, where billionaire Bruce Wayne is driving a $20,000 mini-Jeep?

A truly rich auto aficionado would have plenty of cars that are fun in one way or another, regardless of their prestige or price tag.

Henchman 24’s powder blue Nissan Stanza. Nothing says, ‘I live in my mom’s basement’ like that car.

I nominate Larry David’s Prius on Curb your Enthusiasm

Although I see he’s traded up.

Seinfeld co-creator and current star of HBO’s Curb Your Enthusiasm, Larry David, is driving around in a brand new BMW i3 for the show’s ninth season. David drove a Toyota Prius in the show’s previous seasons, and was even spotted driving one in real life. 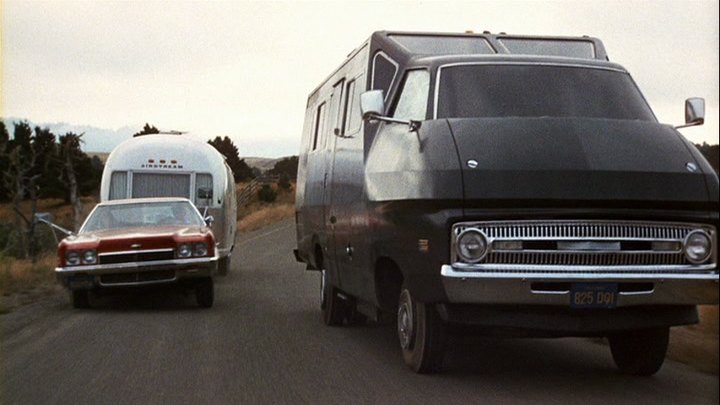 There was an episode where he describes why he got the Cadillac instead of the Corvette like all the other astronauts. Unfortunately I can’t remember the details.

I watched every episode but I don’t remember either.

Batman vs Superman, where billionaire Bruce Wayne is driving a $20,000 mini-Jeep?

A mini-Jeep? That sounds fun, what was it? It’d be cool if it was a Mahindra Roxor… but then there’d be something I’d actually like about that movie, and my head might nigh on esplode…

It was a 2016 Jeep Renegade, first used in Jeep commercials as a tie-in to the movie, then seen in the movie, in shots that made the brand very readable. Other Fiat Chrysler products were also used in the movie, so Bruce Wayne didn’t drive a Renegade because he thought it was cool. He drove it because Fiat paid him to drive it.

I watched every episode but I don’t remember either.

It might be in the episode Lost and Found where Maurice crashes the car after being asked for money from the Colonel he respected. I think that Colonel was the one who told him to get the Caddy instead of the Vette because it would be more stately and long term.

Re: Steve McQueen’s Mustang in Bullitt.

No matter how fast he drove that thing, that green Volkswagen always got there before him. That was one fast beetle.