Also, I think the PW4000 was actually a relatively unpopular engine option on the 777, although I’d have to look up the relative numbers.

I missed the edit window, but I found a cite for the quote above.

So yeah, relatively few 777s use that type of engine. 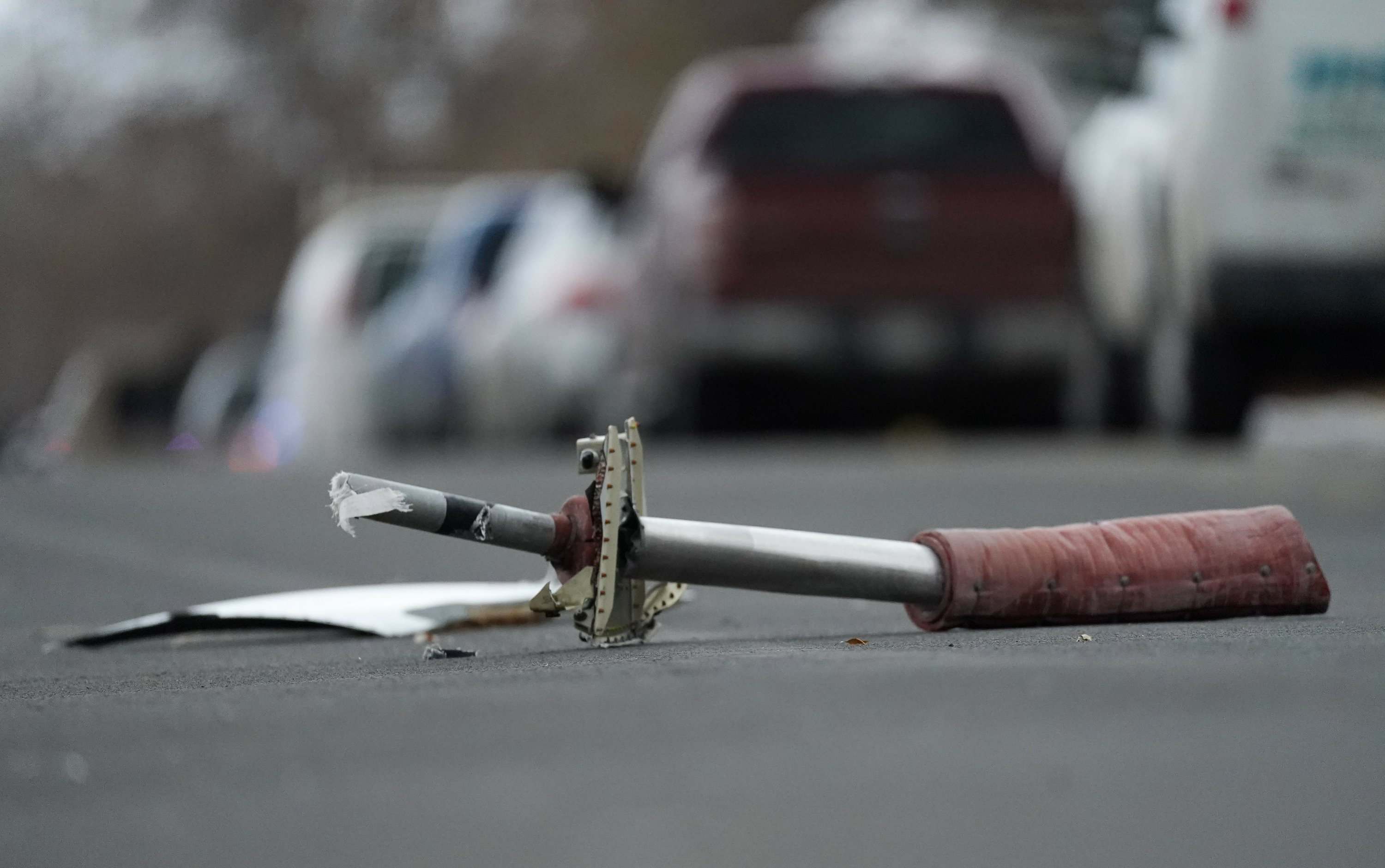 Boeing: 777s with engine that blew apart should be grounded

Boeing has recommended that airlines ground all 777s with the type of engine that blew apart after takeoff from Denver this past weekend, and most carriers that fly those planes said they would temporarily pull them from service...

Agree with @Broomstick that this is a P&W issue, not a Boeing issue. Boeing will catch some heat, but P&W is the one on the hook for all the remediation costs.

I read this as “dropping pants”.

How long could the plane stayed in the air after the engine
exploded? In the video it looks like the engine was vibrating badly
after the explosion. Could metal fatigue cause the damaged
engine to break off of the wing?

Glad that no one was killed or injured. It seems fortunate
that this occurred over land and not over the middle of the
ocean.

How long? In general for hours. The flight was scheduled for about 7 hours in the air, so they had that much fuel. Burn rate is higher at low altitude, but one engine can be more efficient than two. So maybe only 5 hours circling around Denver at relatively low altitude.

Whether vibrations would eventually rip the engine off is strictly unanswerable but is very unlikely. This is very far from the first such failure on long haul jets in general.

The engine wasn’t doing much good where it was, and in fact things might have gotten better, not worse, had it off broken off cleanly. Which they are designed to do if the loads get excessive, rather than wrenching out a big hunk of wing along the way.

In general, engine failures in flight are not high hazard events. Even those where parts get shed. Certianly much riskier than a flight where nothing goes wrong, but having an engine come apart mid-ocean is a major annoyance, but no reason for people to think death is certain and survival a miracle. More the opposite.


Interestingly, per NTSB today, they are considering this a contained engine failure, at least for now. The engine parts all stayed inside the engine case and were ejected out the back as designed. It was the comparatively flimsy cowling parts that came apart and punched some minor holes in the unpressurized part of the fuselage.

There definitely is concern about cowlings coming apart too readily. There’s a wildcard there that we don’t have good engineering on.

The engine wasn’t doing much good where it was, and in fact things might have gotten better, not worse, had it off broken off cleanly.

That’s a lot of weight to lose off one side of a plane. Why wouldn’t it just roll like this one

No, not like that. Decent thinking on your part, but not correct.

AA191 you linked to was a much different situation. They were just after liftoff and very slow. They had the wing flaps deployed to the takeoff setting which includes having leading edge flaps/slats deployed along the full span of the wing.
https://en.wikipedia.org/wiki/Leading-edge_slat
When AA 191’s left engine broke off it pivoted up and over the front of the wing, passing over the wing before falling to Earth. In the course of that it tore a massive hole in the deployed leading edge flaps/slats and ripped out a bunch of hydraulics. Which lack of hydraulic pressure then caused all the leading edge flaps on that wing to retract. That massively increased the stall speed of that one wing, but not the other one that was unaffected. The left wing promptly stalled and the airplane rolled over and died.

Had they been 50 knots faster they could have recovered from the lift asymmetry of two differently flying wings; but as slow as they were they had one completely unflyable wing and the ground only seconds away. That combo was not recoverable.

Thanks for that explanation. As always you can be counted on to make it understandable for us land lubbers.
Personal anecdote about AA191:
I grew up in Des Plaines and was attending a high school less than a mile from the crash site. I did not see the crash but several of my friends, who were outside for gym class and had an unobstructed view. As you can imagine, even in the time before cell phones, that news spread through the entire school within about 5 mins.

Thank you LSLGuy for your
excellent answer to my question.

That’s a lot of weight to lose off one side of a plane. Why wouldn’t it just roll like this one

LSLGuy has provided an excellent explanation. The visual confirmation is in the pre-crash photo, seen here: note that the heavy wing, the one still holding an engine, has rolled up rather than down.

To be complete, let me add that engines “breaking off cleanly” is not a good thing because “cleanly” is not reliably all that clean. All else equal I’d much rather lug a failed engine along with me rather than having it break off and do indeterminate but hoped for small damage on the way.

There are scenarios where the engine is damaged or unbalanced enough that it’s creating massive buffeting and vibration threatening to damage the rest of the wing structure, or render the plane uninhabitable / uncontrollable. Those are the in extremis situations where the designed-in weak links fail and the engine falls away. You’d much rather have the pylon separate from the wing than have the pylon shake the wing apart at the same place.

This UAL event was an example where the engine staying attached was as designed, and was the better of the two outcomes.

The engine wasn’t doing much good where it was, and in fact things might have gotten better, not worse, had it off broken off cleanly.

And sometimes the bug weighs about eight tons.

The good news about an engine is it tends to fall as a single fixed unit. Whatever it hits is flattened but good. But measured generously that’s only ballpark 10 x 20 feet. Anything even a few feet away will be undamaged.

Over a town a shotgun of small parts has a much greater likelihood of hurting people than does a single large lump. Anyone it does hurt won’t feel much for long. So there’s that consolation.

Every time I see the thread title in the previews under a thread, I read it as “Plane lands safely after CEO drops pants.”

Anybody else, or just me?

Just you, I suspect.

But it’s worth noting that the range of plausible passenger behavior has expanded to easily include what you imagined.

Followup from the FAA. Here is one article on the report, but there are many others.

777s with the affected engine, Pratt & Whitney PW4000-112, continue to be grounded until strengthening modifications can be made, and those modifications properly certified. They don’t expect to return to service until 2022. United is the only carrier with this combination of plane and engine. They have 52.

United is “really disappointed” that they can’t return the planes to service. This article didn’t have a link to the full quote, so I don’t know if it’s “we’re really disappointed that we can’t use these planes, but safety comes first, and we’re fixing them as fast as possible” or “we’re really disappointed we can’t use these planes right now, because they don’t blow up very often, and really, nobody was even hurt.” Knowing United breaks guitars, and such, I’m pretty sure I know what they’re thinking, I just don’t know what they said. 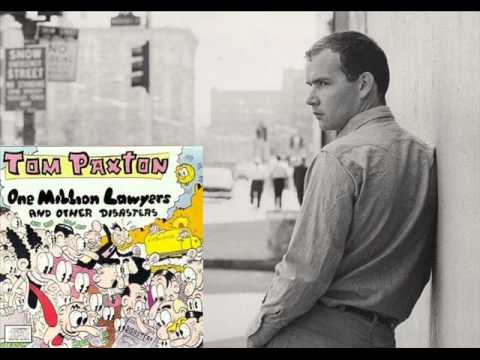 United is “really disappointed” that they can’t return the planes to service. This article didn’t have a link to the full quote, -

United Chief Commercial officer Andrew Nocella had said in July the airline was “really disappointed” they were not able to fly 777s with the PW engines.

“The 777 aircrafts that are grounded are large capacity domestic movers. And we used those for Hawaii and hub-to-hub. And so right now, we’re flying well below where we like to be in Hawaii,” he said. “We really want those aircraft back.”

Yeah, that’s the same thing I saw, but it still doesn’t have the full quote. Not that it matters too much. Mostly I was just reacting to the quote seeming to be very much “me, me, me” with no consideration at all about actually fixing a known safety issue.