I’m wondering how the other two Champlain buildings differ from South. Did they remedy the deficiencies with the subsequent buildings? Install slop and waterproofing correctly?

I believe I read the slope was correct on the sister building.

Not being an engineer I thought this was a bit lean on column supports. He showed the original plans had beams under the planters on the pool deck area where cars parked above ground. They removed the beams in later plans but no additional support was given and the rebar was not correct to the requirements of that period. I would think that when you submit building plans you’d have to show your calculations.

Based on the video the building looks like it was built with no extra capacity to handle deterioration over time and then they didn’t build it correctly according to the plans.

I don’t know how you fix that without tearing the deck and basement floor out and adding more pylons to the existing caps. maybe they can just cut around the columns in the basement and overpour a heavier column with additional beams.

I’m sure it will come as a surprise to everyone, but: 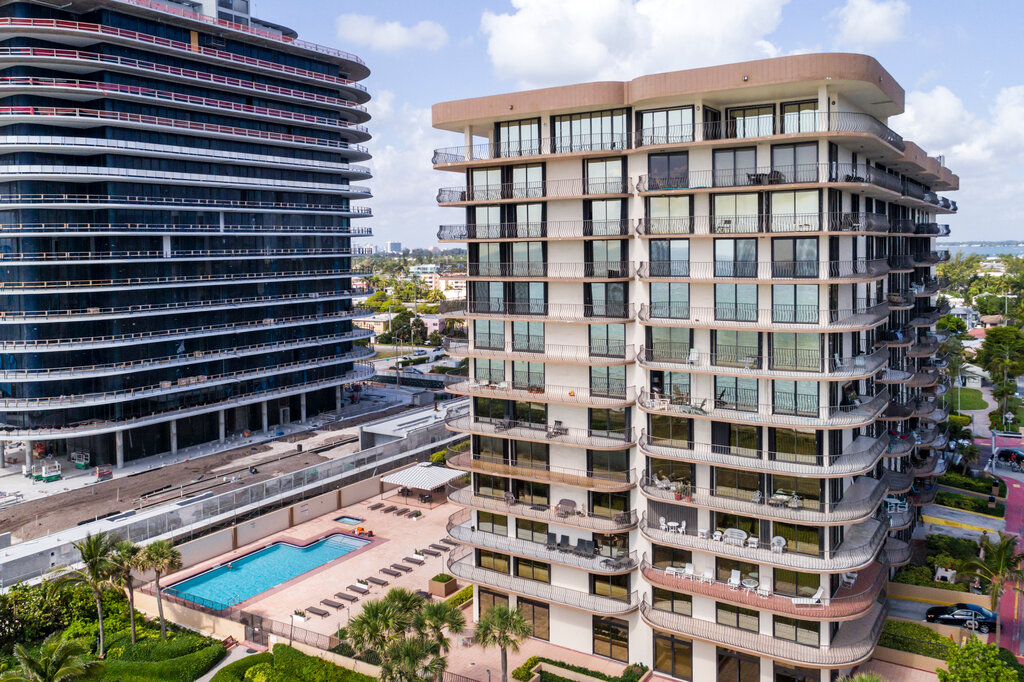 ‘They Were Bullies’: Inside the Turbulent Origins of the Collapsed Florida Condo

The team that developed Champlain Towers managed to build the condos despite checkered pasts, internal strife and a last-minute change that infuriated leaders in Surfside, Fla.

Completely not surprised. I have seen similar in Chicago. Developers usually have a cozy relationship with the aldermen (city council) and tend to get their way.

I had a new condo being built across the street from me (totally fine). City ordinance said there needed to be enough parking built into the building to accommodate all the units (I forget if it was 1 or 1.5 parking spots per unit). The developer decided 0.5 (maybe 0.75…it was a long time ago) was fine and that street parking counted to make-up the difference (the whole point was to avoid having to use street parking).

We (owners of 100+ units) complained to the alderman. The developer got his way. It was never even close.

Link was to NYT, but googling the headline brings up multiple versions of the same article, none with any attribution. How does that work? Does syndication no longer require attribution? Or is everybody just stealing from everybody else?

Or is everybody just stealing from everybody else?

Pretty much. There are zillions of content scrapers out there. They perform automated alterations/word replacements to get around Google’s filters. For example, from the original article:

Frank Filiberto, who was on the Town Commission at the time, recalled feeling as if the developers regarded him

But from a scraping site:

Frank Philibert, who was on the town committee at the time, remembered that the developers felt that he and other officials were considered

Frank Filiberto, who was on the City Fee on the time, recalled feeling as if the builders regarded him and the opposite officers

Frank Filiberto, who was connected the Town Commission astatine the time, recalled feeling arsenic if the developers regarded him and the

I find the last one especially amusing since they apparently did a blind substitution of at=>astatine and as=>arsenic. It’s all totally automated, of course.

It was successful the mediate of summertime successful 1980 erstwhile developers raising a brace of luxury condominium towers successful Surfside, Fla., went to municipality officials with an antithetic request: They wanted to adhd an other level to each building.

The exertion to spell higher was astir unheard-of for an ambitious improvement whose operation was already good underway. The builders had not mentioned the added stories successful their archetypal plans. It was not wide however overmuch information they had fixed to however the other floors would impact the structures overall. And, astir galling for municipality officials, the added penthouses would interruption tallness limits designed to forestall laid-back Surfside from becoming different Miami Beach. 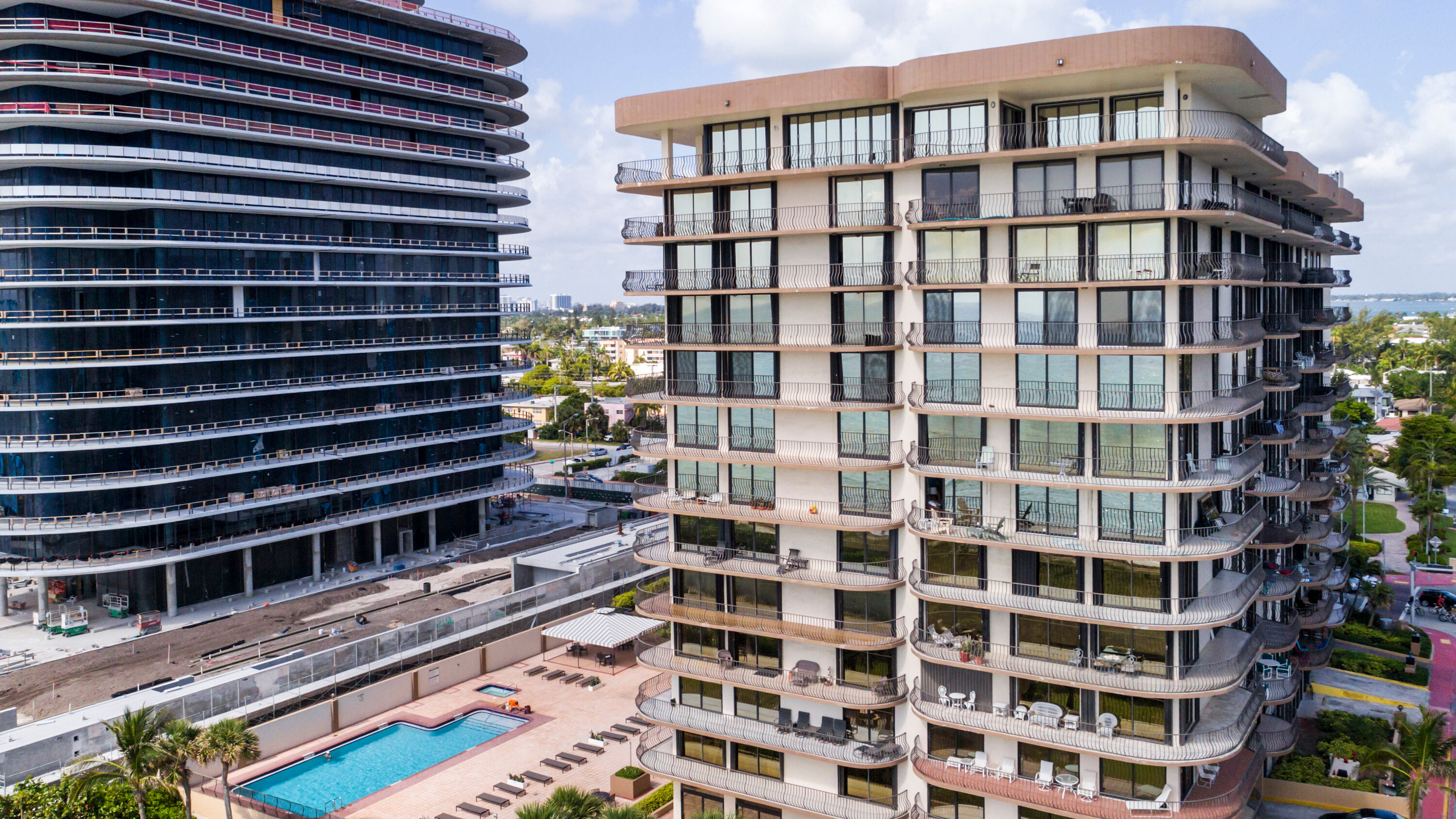 Inside the Turbulent Origins of the Miami Building Collapse

The team that developed Champlain Towers managed to build the condos despite checkered pasts, internal strife and a last-minute change that infuriated leaders in Surfside, Fla.

went to municipality officials with an antithetic request: They wanted to adhd an other level to each building.

And, astir galling for municipality officials

The exertion to spell higher was astir

Right after the post about automated word replacement, we have a story that substitute “astir” for “as”, “good” for “well”, “tallness” for “height”. I don’t know what “spell higher” is supposed to mean. It makles it nigh-unreadable,.

Right after the post about automated word replacement, we have a story that substitute

Uh, you realize that wasn’t a coincidence, right? 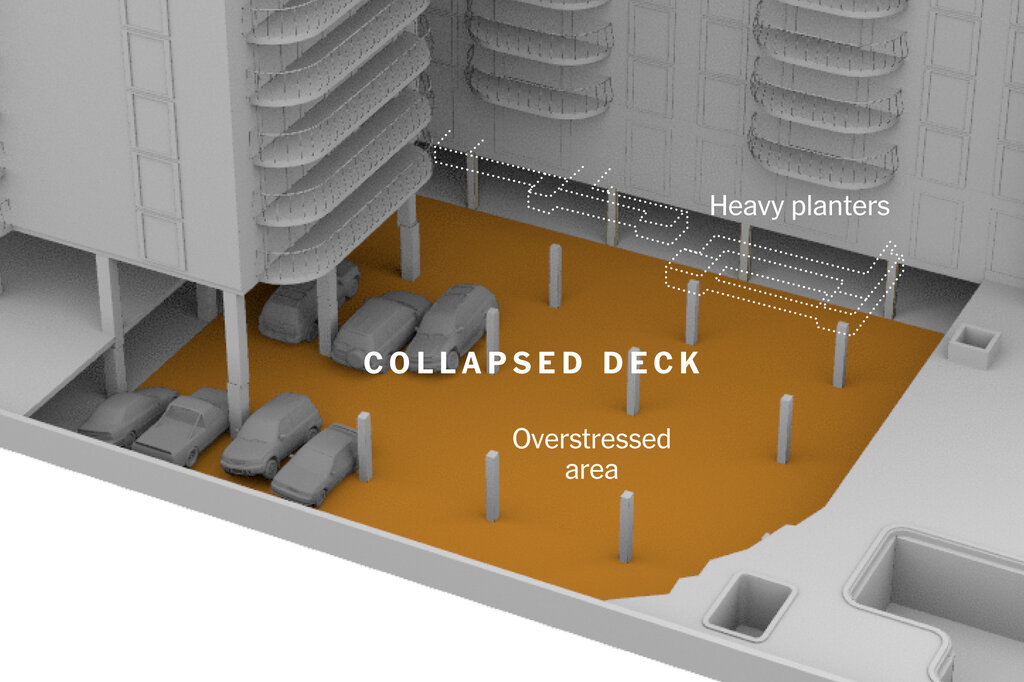 The Surfside Condo Was Flawed and Failing. Here’s a Look Inside.

A Times investigation shows how faulty design and construction could have contributed to the collapse of the building in South Florida.

It’s more than an article, though, it’s a 3D simulation walkthrough of the many problems that may have contributed to the collapse. Very informative, I thought.

That was a really good article. So many failures in the construction and maintenance. Some of those shouldn’t have passed inspection, I would think.
The whole thing is just heartbreaking.

It is now really concerning to think of all the construction that went up contemporarily, not just in SoFla, especially any that may have been part of a building boom or boomlet either regionally or locally. For instance in one of the YT engineering channels yesterday I was seeing pictures of Champlain structures where the rebar was not properly spaced within the concrete.

Me, too. Well played.

I’ve followed this lady’s writing for a number of years. She writes about “legal, social, and economic challenges in U.S. association-governed common interest communities, commonly known as homeowner associations (HOAs).”

I’ve always found her to be extremely rational, objective, well-researched, and forward-thinking.

This particular article highlights Champlain Towers South but is a bit of a cautionary tale – one she’s been telling for years – about HOAs in general:

Saving money for future building repair and replacement of worn-out components is prudent and wise, but it’s not the single answer to all that ails condo and homeowner associations.