Crimea is Russian. What now?

Does it matter that this would create an exclave? I know Russia already has exclaves, but I can see the temptation to go just a little farther and take enough of the eastern Ukraine to have land access.

Crimea and Russia proper are separated by the Strait of Kerch, which is 3-10 miles wide. Before the crisis, there were proposals to build a bridge which would be funded 50% each by Russia & Ukraine…but I have a feeling that Ukraine ain’t paying for their half now!

What else was Putin supposed to do: it’s not like the Russian military or electorate would appreciate him not taking actionto secure the uber significant Black Sea ports and ethnic Russians?

So I’m sure you would have no problem with the U.S. annexing Bahrain to secure its uber significant Navy base and its American citizens?

Russia’s deal to lease Crimean ports was recently extended until 2042, and as far as I know, the new government in Ukraine had not made any moves to change this. It is just a flimsy excuse for Russia to annex territory, and I think it is sad that some people here think that is a justifiable reason.

This is all a dream.
Russian federation is just annexing Reich-Style ethnic-russian population centers.
They aren’t going to rebuild USSR stretching from Germany to China because it was the ethnic mess that brought down the whole thing in the first place.

Interesting analogy. Remind me how it worked. Once Germany had annexed all areas around it with ethnic German populations, they stopped and made no attempts to invade non-German lands, right?

I think they’ve played their ace and will go no further. There is always temptation, but its just speculation until it happens

Is it any surprise when American diplomats say things privately to each other like, “fuck the EU?”

So I’m sure you would have no problem with the U.S. annexing Bahrain to secure its uber significant Navy base and its American citizens?

What the hell kind of comparison is that. No, there wasn’t a question mark.

Well, we keep hearing about the 58% ethnic Russians there, but we don’t hear so much about the other 42% comprising Tatars and Ukrainians who aren’t going to settle down and accept their fate.

Ex-USSR states like Latvia and Estonia? (Both of which have populations that are a quarter ethnically Russian.)

They are part of the EU.

This is an interesting devlopment since most of the experts I read said that Putin wouldn’t directly annex the Crimea since he might than lose a bargaining chip/leverage over the rest of the Ukraine.

They are part of the EU.

Well, more to the point, they’re part of NATO. And Ukraine (and Georgia*) are not.
*The other one.

That seems like a bright line to me. I just hope the line is as easily discernible to Vladimir Putin.

It all comes down to the foolish way we, and not least the drunken fool Yeltsin, let the Soviet Union disintegrate.

Belarus should probably be given the option to join Russia.
Some eastern parts of Ukraine are never going to be happy if Ukraine is being pushed towards international anti-Russia organizations like NATO. Perhaps Ukraine will never be able to function with such disparate ethnic and national interests gathered in one nation and would be better off settling the matter with a referendum.
Some parts of Kazakhstan could be allowed to have a referendum for their preferred nation state.

Such referendums should of course be handled in a fair and responsible manner, with proper debate, supervised by international observers, etc.

Alternatively I have long argued for the inclusion of all three nations, Ukraine, Belarus, and Russia for inclusion in the EU. That’d make a lot of the problems obsolete. Although here, it is essential that they’re give common paths to the EU, so that we don’t ferment more division.

I…agree with Rune. Cue the flying pigs
Seriously, the expansion of NATO was always a bad bad idea. It has committed the US to defend places like the Baltics and most of E Europe where it has zero, zilch interests.

Russia join the EU? Really? They’ve had 20+ years of the rest of us playing nice and being optimistic.

Seriously, the expansion of NATO was always a bad bad idea. It has committed the US to defend places like the Baltics and most of E Europe where it has zero, zilch interests.

buzzz … is the wrong answer.

It all comes down to the foolish way we, and not least the drunken fool Yeltsin, let the Soviet Union disintegrate.

What would you prefer? That we propped it up?

The “what now?” issue has been answered - the dispossession of the remaining Tatars has already begun, according to the Russian press.

Crimean Tatars Will Have to Vacate Land – Official

Ukraine’s breakaway region of Crimea will ask Tatars to vacate part of the land where they now live in exchange for new territory elsewhere in the region, a top Crimean...

That’s some fast work, considering it has only been a couple of days since the “vote”. 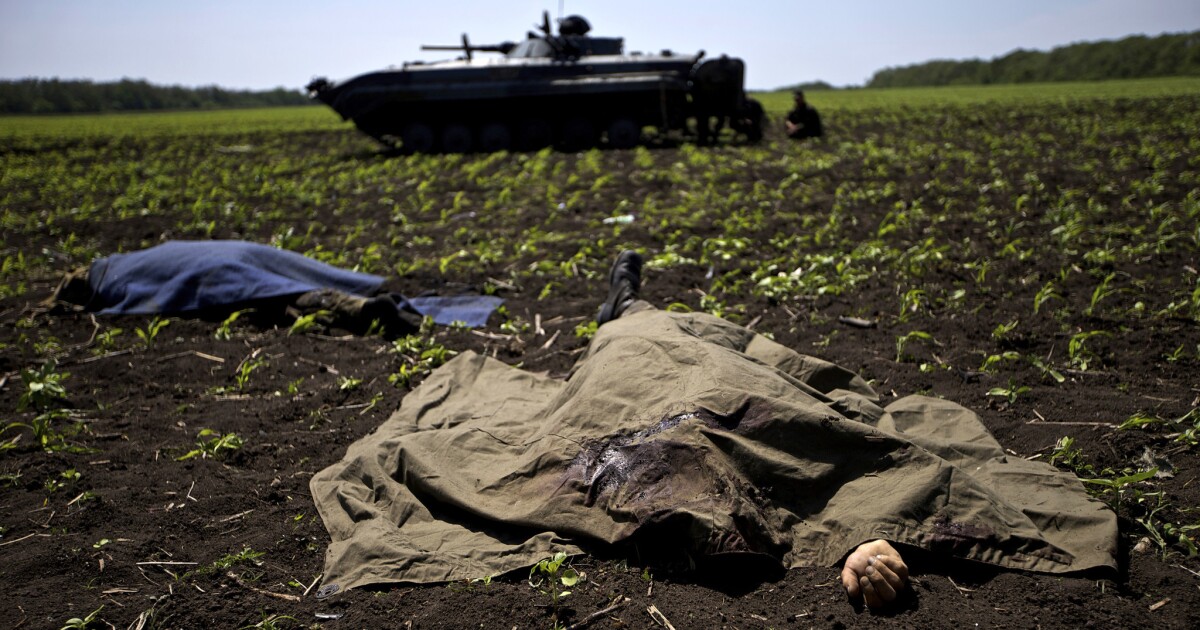 MOSCOW -- Ukrainian forces at two naval facilities in Crimea reported Wednesday that they were attacked by gunmen linked to Russia in violation of an earlier agreement to give them until Friday to leave the breakaway region.

I…agree with Rune. Cue the flying pigs
Seriously, the expansion of NATO was always a bad bad idea. It has committed the US to defend places like the Baltics and most of E Europe where it has zero, zilch interests.

Why do we have zero interest in those areas? And what would you have proposed…that countries practically begging to be allowed into NATO (to protect them from their gentle Russian brothers) be told to go pound sand? Just so Russia could have felt better about the prospects of reconstituting their former empire at some later date??

They aren’t pushing farther anywhere. The whole idea that Russia is going to make a Russian-ethnic empire out of former soviet states was something dreamed up by some nutjob, probably on Fox News, to foment hysteria.

Well, there is the Eurasian Union, if it ever happens, and if it would count as an empire.

Well, there is the Eurasian Union, if it ever happens, and if it would count as an empire.

Not any more of an empire than the EU, imo.

What happened to the Commonwealth of Independent States?