Do zoos ever live feed their predators?

It’s probably already done on the level of feeding live rodents to snakes, or fish to seals, but what about mammals being fed to large predator mammals. Like live rabbits turned loose into a wolf den, or maybe a goat into a lion enclosure?

You can search YouTube for videos of the Harbin zoo in China. I’ve seen some of these where a dump truck drives into the big-cat enclosure and dumps a live prey animal (donkey, sheep, etc.) right into the middle of a pack of hungry cats. The cats aren’t exactly hunting, but they do get to kill their prey. Not sure what the motive is for the zoo to do things this way, except maybe it’s easier to let the cats deal with a live animal instead of having the zookeeper kill/butcher the animal and then have to clean up.

And people are totally cool with rats/mice being killed.

Well, some people are. Having had pet rats for over 12 years, I hate seeing or hearing about rats being killed.

Even with snakes and rats, if it’s a rare on endangered snake it is much safer to feed dead rats than live ones. Even if it’s a 1 in 100 chance, a rat can kill or maim a snake, and if you are trying to breed endangered snakes you won’t risk that unless you absolutely have to (as mentioned some snakes will not accept dead food).

In fishkeeping, most responsible fish owners frown on live feeding, mostly because the goldfish generally used for it are high in fat, have tough scales that are difficult for fish to digest, and can potentially injure your fish. Doesn’t mean it isn’t done (especially by the types who get a big predator fish specifically to feed it live food), but most fishkeepers will transition even wild caught fish who at first will only eat live food to prepared food. For example, you can start off feeding them shelled shrimp which you loosely tied to a string, then pull it through the water to generate movement; eventually the fish will learn to eat the shrimp when it is simply tossed in the tank, and with more work can be taught to eat pellets or flakes too.

Having had pet rats for over 12 years, I hate seeing or hearing about rats being killed.

Sure, I get that. But pet stores that sell “feeder mice” are not being boycotted. If they offered surplus puppies for use as food for Burmese Pythons there’s be an uproar.

You can search YouTube for videos of the Harbin zoo in China. I’ve seen some of these where a dump truck drives into the big-cat enclosure and dumps a live prey animal (donkey, sheep, etc.) right into the middle of a pack of hungry cats.

Even paying customers can get in on the fun. 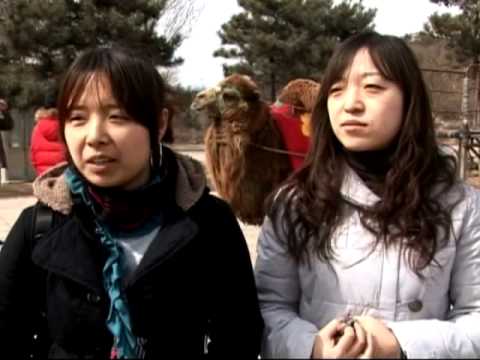 That is absolutely disgusting! But, what else would you expect from a country full of subhumans

What the actual fuck?

TIL a couple of my good friends are considered subhumans. WTF indeed.

But what about say zoos in Africa where they are actually wanting them to be released in the wild.

Not a lot of zoos in Africa, a lot more actual nature reserves. Mostly the zoos have exotics.

But don’t they feed live rats to snakes?

No, as the article in Telemark’s post stated. One keeper said, “We don’t even feed our snakes live mice.”

So no zoos feed snakes live rodents? Not even zoos in the middle east or South America. I highly doubt that. I saw it on the Life of Pi, goat fed to a tiger and then the tiger sailed on a lifeboat!

20 years ago or so, we visited the International Wolf Center, in Ely, MN; as part of the center, they have a large outdoor enclosure, where a small pack of wolves lives.

The primary way that they feed the wolf pack is by bringing in a deer carcass every Saturday evening; the deer are typically roadkilled animals, donated by the Minnesota State Patrol, which finds them on the side of the road. One can attend the Saturday evening “dinner” – the center has a big theater, with windows that look out over the wolves’ enclosure; the staff places the deer carcass near the windows, and the wolves come out and start to pull apart and eat it.

When we were there, the staff described that eating a large meal like that, and then not eating another big meal for days, was pretty typical for wild wolves; they also noted that the center’s wolves commonly hunted for small animals (chipmunks, mice, etc.) that found their way into the enclosure, which kind of served as between-meal snacks.

So no zoos feed snakes live rodents? Not even zoos in the middle east or South America. I highly doubt that. 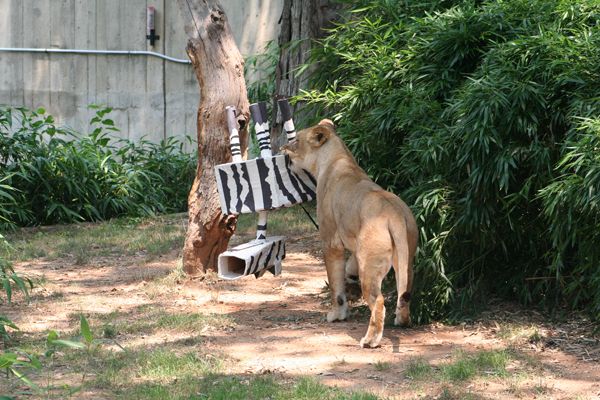 As Andrew Circo of the San Diego Zoo told the British newspaper the Guardian in 2008… “you do not want to take a chance that an injury could lead to other health complications. Not even our snakes get live mice.”

I didn’t say no zoos feed live mice to snakes. Some snakes won’t accept dead prey. But the majority of zoos don’t want their predators injured by their prey, so they’ll stick with humanely euthanized frozen mice.

Obviously saucywench’s language is unacceptable. A suspension has been issued.

Mostly the zoos have exotics.

At the zoo in St Martin (destroyed by Irma, never rebuilt) the raccoons were a big deal.

Understand that cervicocephalic luxation is considered humane by the authorities who govern such things. I’ve done this on mice to be fed to snakes, but I think many observers would question the “humanely euthanized” part.

We went to the Vilas Zoo in Madison once and a badger had clearly just killed a wild duck that had stupidly flown into the pen. Does that count?

There’s this video (warning: a predator catches a squirrel and eats it, don’t watch if squeamish) where a father and son watch a leopard at the zoo catch a squirrel. The dad is freaking out, the kid is just staring - then at the end he turns around, grins, and says “Squirrel!” 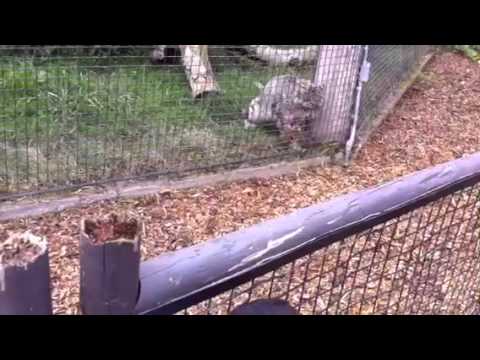 Understand that cervicocephalic luxation is considered humane by the authorities who govern such things. I’ve done this on mice to be fed to snakes, but I think many observers would question the “humanely euthanized” part.

Google doesn’t help me here. I assumed zoos do what Youtuber Shawn Woods does with house mice and use carbon dioxide to asphyxiate them. I don’t know if zoos practice this or how they dispatch their rodents, but I’m willing to stand corrected.

All research facilities I’ve had experience with as well as one zoo use cervical luxation. It’s cheap, easy, effective.

When I was in charge of the live animals at a small college, we did feed live mice to the snakes. But that was a looooooong time ago.