Does a fat boxer have protection against body blows?

Yes, at that low body fat percentage fighters are in top flight physical condition, on top of which they now have 24 hours or more to restore body weight before a fight. They can lose a lot water weight to get under the limit and gain it right back, so they are really a bigger fighter than the weight classes were originally intended to represent. But since ‘everybody does it’ and modern heavyweights are far heavier than the cruiser weight limit then it’s just the way the sport works now.

But ask almost any fighter below the a heavyweight if extra fat protects against body blows and they wouldn’t have any experience to draw upon. That will easily be 95% or more of all boxers. The even smaller number of very portly heavyweights is actually higher in the lower ranks then you’ll see in big name matches. Many heavyweights start out relying on a big punch instead of conditioning.

I think of Ken Norton as an exceptionally ripped heavyweight. Whether realistic or not, I always thought his body looked “exposed”.

I’m surprise I never really thought of this before. I’m sure some boxers feel that carrying extra weight gives them extra power, but the flip side is that they potentially have to carry each extra pound around for 10, 12, previously 15 rounds. I trained with a lot of boxers, but no high-level heavies. So I never heard of anyone wanting to put on extra fat to protect against body shots. You DO work a TON on using your forearms to deflect body blows.

What’s missing here is understanding that boxers train to take body punches. Besides work in the ring one of the common conditioners is to have a boxer lie on a table and a trainer will bounce medicine balls off their body. …

I periodically find it hard to believe we used to just let each other throw repeated elbows into our midsections. Crazy!

Then explain why combat armor has never been squishy in all of human history?

Combat armor was squishy back in the day. Google “gambeson”. It was basically squishy padded armor that could be worn alone or combined with plate mail.

Say, for example, that I want to stop a bullet from breaking an egg. In example 1, I put a long, straight cuboid of soft foam rubber that stretches all of the way from the mouth of the gun to the egg. I’ve carefully calculated it out - arranging the distance from the gun to the target - so the bullet comes to a gentle stop just inches away from the egg. Success! In example 2, I place a conical shield up against a brick wall, with the egg protected underneath it. The metal deflects the bullet and the force of taking the shot is routed around the egg and spread out through the rim of the shield, into the wall. Success!

There isn’t a hard rule. It’s going to depend on a lot of factors of what your expected impactor is going to look like, how fast it moves, how much you can guess the direction of the blow, how much damage you’re willing to take, how mobile you need to be, etc.

Given that you tend to weigh the same, per calorie, regardless of how much muscle/fat you have my suspicion would be that the higher density of muscle is almost exactly equivalent to the thicker but less dense fat in terms of stopping ability. Or, at least, the difference is probably negligible.

That said, the location of fat stores (on men) could say something about the locations most in need of protection. And if both are equivalent in protectiveness then where those extra calories go on the body is probably more important from a defensive standpoint.

I thought computer simulations showed that boxers with a lot of belly fat have problems with their trunks falling down. 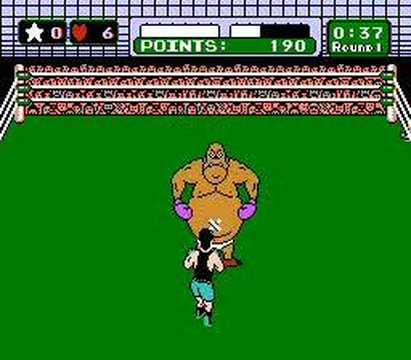 Never cover your one weak point with crossed bandages. Or a flashing red light. These video game villains need a TED talk or something.

Someone like Tyson Fury or Andy Ruiz who seem to get fat really easy, probably have to work really hard to get lean–in fact both have said so, they also might feel really sluggish and low energy when they get lean.

It could also be that the work/dieting needed to get them lean also causes them to lose muscle mass or strength.