Dopers...what do you think about Article 13?

YouTube has two kinds of systems: automated and manual. The automated system works the same for both video and sound. It checks content against a record of samples and can effect a takedown if it matches. I’m sure it works different on the backend, the conceptual technology behind it is identifical for both visual and audio recordings.

I am particularly, if bitterly, amused by the artists whose own personally-created, self-recorded works are taken down by the automated systems.

Content ID is a digital fingerprinting system developed by Google which is used to easily identify and manage copyrighted content on YouTube. Videos uploaded to YouTube are compared against audio and video files registered with Content ID by content owners, looking for any matches. Content owners have the choice to have matching content taken down or to monetize it. The system began to be implemented around 2007. By 2016, it had cost $60 million to develop and led to around $2 billion in payments...

Sounds like a technology that is ever becoming better. And that works a lot better than nuthin’.

I do not agree.

WHat you are missing is that this is solely about protecting the profits on a set of large corporations who make quite a lot, and giving them greater power to abuse others with no repercussions. It has nothing whatsoever to do with protecting artists or individuals or whatnot, who are never the beneficiaries.

Another YouTuber (from Europe…I think this guy is English, but lives in Poland IIRC) in another video if anyone is interested: https://www.youtube.com/watch?v=6cshLexLogE

This one is interesting as VisualPolitic is actually involved directly in Brussels on this issue, and he gives a bit of context and history to this subject.

The European Parliament has given final approval to the Copyright Directive, a controversial package of legislation designed to update copyright law in Europe for the internet age.

Members of parliament voted 348 in favor of the law and 274 against. A last-minute proposal to remove the law’s most controversial clause — Article 13 or the ‘upload filter’ — was narrowly rejected by just five votes. The directive will now be passed on to EU member states, who will have two years to translate it into national law. 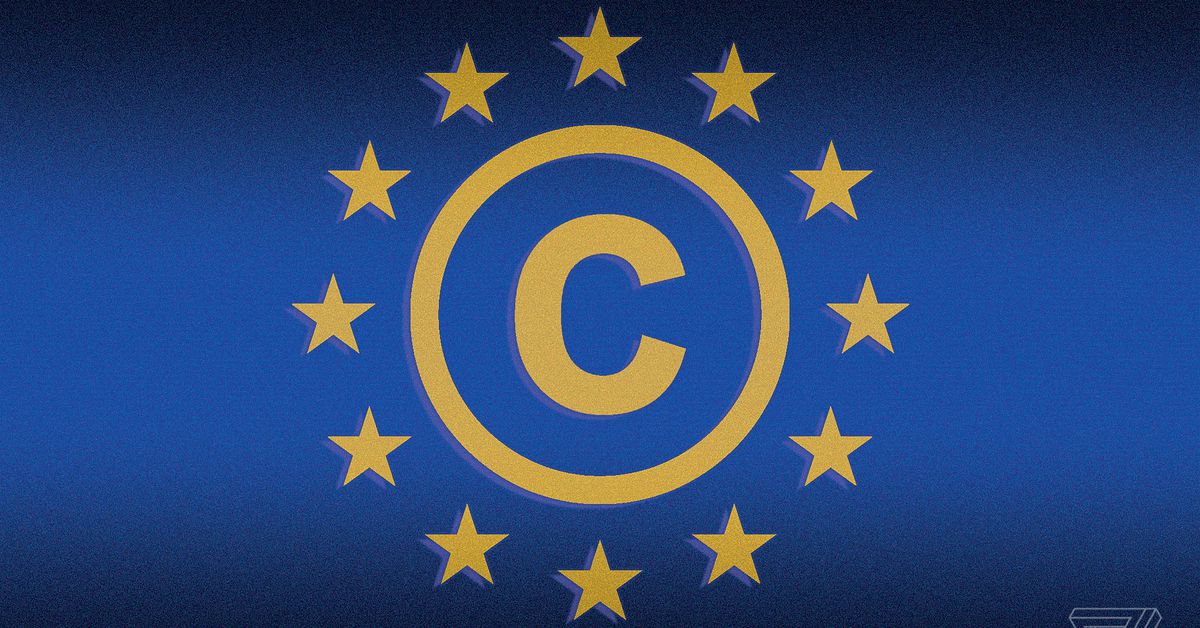 The hypocrisy comes in when you learn that YouTube has been fighting with Facebook over this very issue. That Facebook is “freebooting” Youtube’s content. But when the EU tries to legislate against the practice, they say that the EU is stifling creativity.

Clearly they want to stay in the ambiguously defined middle because it’s the easiest way for them to make money and avoid any liability.

Clearly they want to stay in the ambiguously defined middle because it’s the easiest way for them to make money and avoid any liability.

Youtube already disallows anonymity at a base level. Of course your user name can be “anonymous”, but as soon as you monetize your video you’re required to provide a valid name and address, even though they’re not publicly visible to most users. This isn’t horribly unknown, in fact it’s a prime method for doxxing. if somebody has a monetized channel all you have to do is file a spurious DMCA request and Youtube is will provide all their info to the accuser. It’s why Youtubers are often urged to at least associate their Youtube with a PO Box, so at least they don’t have your street address.

The issue with laws like this is that big sites like Youtube take an incredibly corporate-friendly CYA stance. Since Youtube has unilateral discretion about what’s allowed on their platform, but can get in trouble for violating copyright laws, they take a paranoid-conservative approach to the issue which essentially will boot any and all content off their site on request of a big copyright holder, just to avoid a lawsuit from the big fish (while individual YouTubers live in a constant arms race of figuring out new exciting ways to sneak legitimate fair use past The Great Holy Algorithm).

Theoretically there are penalties for filing spurious DMCA requests, and sometimes big companies will back down in ambiguous cases where the Youtuber is just rich/tenacious enough to put up a real fight because they’re afraid if they lose it will set precedent that kills their golden goose. But as a practical matter most of the time, it essentially gives large publishers unilateral discretion as to what is allowed to be monetized, or even exist on the site.

This really is a weird time line… I just wish I could remember where I parked the DeLorean.

Did not know Baby Groot was an MEP.

Why in the world aren’t they binding after a given time, rather than once pressed? It’s obviously possible to just physically hit the wrong button and then want to go back.

And why isn’t there a confirmation process? You should always have one of those on something important.

I never thought I’d have the slightest bit of sympathy for Brexit, but I can’t help but think “Yeah, I’d not want to be governed by accidental misclicks.”

As for the practical concerns, assuming that countries don’t do their own workarounds, expect fewer European search results in any search, and sites to be more restrictive to Europe. Heck, like the GDPR, expect sites to just shut down European access entirely.

I’m getting tired of dysfunctional governments.

I much prefer Plan 9.

I don’t think Article 13 imposes a tax or fee on all links; as I understand it’s aimed at “snippets”, where you get a couple of lines of the textual content included in the search results.

That said, I think the owners of valuable IP should be required to take on (or take back) some of the responsibility for maintaining and protecting that property. Copyright terms have been enormously lengthened in the U.S., and we now have works nearly a century old that are still under copyright, and those copyrights may or may not have currently active owners from whom would-be users might request permissions or license to use the material. And rather than the copyright owners being responsible for notifying violators who might be otherwise unaware of it, the onus is now being placed on the platforms.
Obviously, Article 13 doesn’t apply directly to this country, but given the nature of the internet there are sure to be ripple effects.

It seems to me to be a further Balkanization of the internet we already seem to be seeing. In the end we may end up with Great Firewalls all over the place and content and content providers segregated within those different zones.

For me the nightmarish ultimate extrapolation of this possibility would be a return to siloed media markets. Before the internet, it was difficult to find foreign print media*, and virtually impossible to find foreign broadcast media in any meaningful quantity, and I would hate to see a return to this.

*Except only for the handful of foreign languages used by local immigrant communities.

I have no evidence but my gut instinct tells me a news aggregator is overall more beneficial to a news source than a drain on their revenue.

There are hundreds of decent news websites out there. There is no way in hell I am visiting all of them. Without an aggregator I might visit 6-12 of them a day. There is no way I will ever see mikecurtis blog[sup]tm[/sup] on my own. If others could not link to you without paying you then I will probably never see your site.

If I see your story with a headline and a few sentences on an aggregation site I still might not visit. But then there is a chance I will. The more I see examples of your work, and assuming I have liked the content, the more likely I am to visit.

Some chance is better than no chance. Have I consumed your content for free thus ripping you off? Only in the most literal sense I think and definitely not under fair use laws (else if I use a quote from you on the SDMB with a link I would be stealing your content and I do not think anyone here thinks that is the case).

I agree. It seems like free advertising, even if the advertiser is also making money. Why would any site object to this? I make more money and because the news aggregator site does this for free, it makes money. Win-win for everyone.

Plus the news aggregator site is providing a valuable service. Businesses used to pay for this type of thing. To me, it seems like in the 1980s if your listing in the Yellow Pages was free, still complaining that the Yellow Pages made money by selling ads.