MSNBC sounds a caution about whether he will give orders to MAGAs.

The New York Times reported that the searches relate to classified records that Trump took with him to Mar-a-Lago after leaving office. That, the paper reported, encompassed 15 boxes of records that the National Archives wanted back.

MSNBC reminds that we don’t know what this raid is related to.

It may start with archives, but if they trip over some Jan 6 stuff…

Many people are saying it was a perfect warrant.

He got everyone in the executive branch to delete their texts, but he didn’t destroy the evidence he kept in his residence? Sloppy, sloppy, sloppy. I expect my criminal masterminds to be a lot smarter than that.

You laugh, but Trump actually keeping records is the oddest part of this. I’ll bet that there’s nothing about him in these files, but there will be dirt on some of his political enemies/toadies. That’s the only kind of file I can see him actually keeping.

Some poor FBI bastard really drew the short straw on that one. Hope he gets hazard pay.

Many people are saying it was a perfect warrant

No one has ever warranted a search like Trump!

And Gen. Milley even pointed out what everyone else thought of immediately: that Hitler’s generals tried to kill him. But no, that’s not how Trump thought it went.

Trump claims Americans have to flush the toilet '10 times, 15 times, as...

President Donald Trump on Friday had a lot to say about toilets, sinks and showers.

Sounds like he’s already blowing the whistle to me. From his statement:

These are dark times for our Nation, as my beautiful home, Mar-A-Lago in Palm Beach, Florida, is currently under siege, raided, and occupied by a large group of FBI agents.

That language describes the work of enemy combatants, imo.

New York Times work for you? 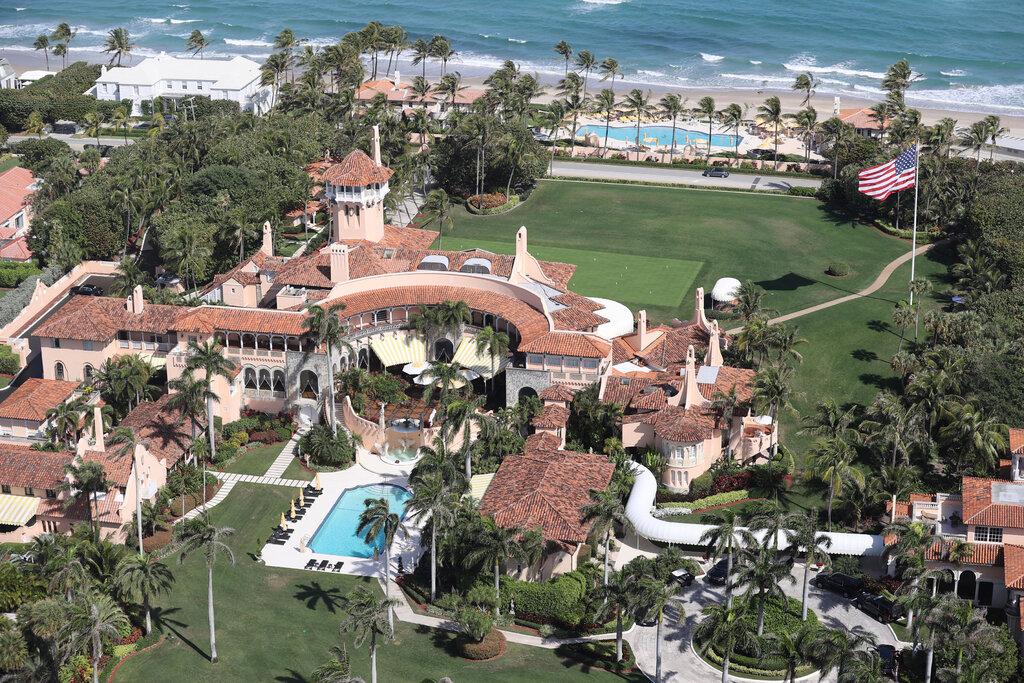 The former president said in a statement that Mar-a-Lago had been “raided, and occupied by a large group of F.B.I. agents.”

I don’t think it was Trump’s bleatings he wanted a cite for.

NYT now reporting this is indeed about the documents.

The worst part about it is that the only thing he would do with that is use it as a spank rag.

Discourse doesn’t always make it clear what the referent for a post is.