Midnight. Thermostat goes out. Emergency call to HVAC company. The AQI is over 500—we must have the air handling system working. Tech comes out and clears the condensate line. Then come into the house with his nose hanging out. “Sorry, my glasses fog up.” You’re an HVAC guy. Do you not understand that you’ve just removed the filter from your face?

She went to her vehicle and put on her mask, but I drove off. I sent the picture to the governor’s COVID-19 task force and to PENNDOT.

Well, that was really quick. Governor Wolf’s COVID19 people answered my email already! They looked into the road project and it is local, not PENNDOT, although a PENNDOT truck was being used. The “flaggers” are private contractors and are supposed to be masked, but the governor’s office can only complain to the flagger company, which I ws told will happen.

Maskholes are still among us: 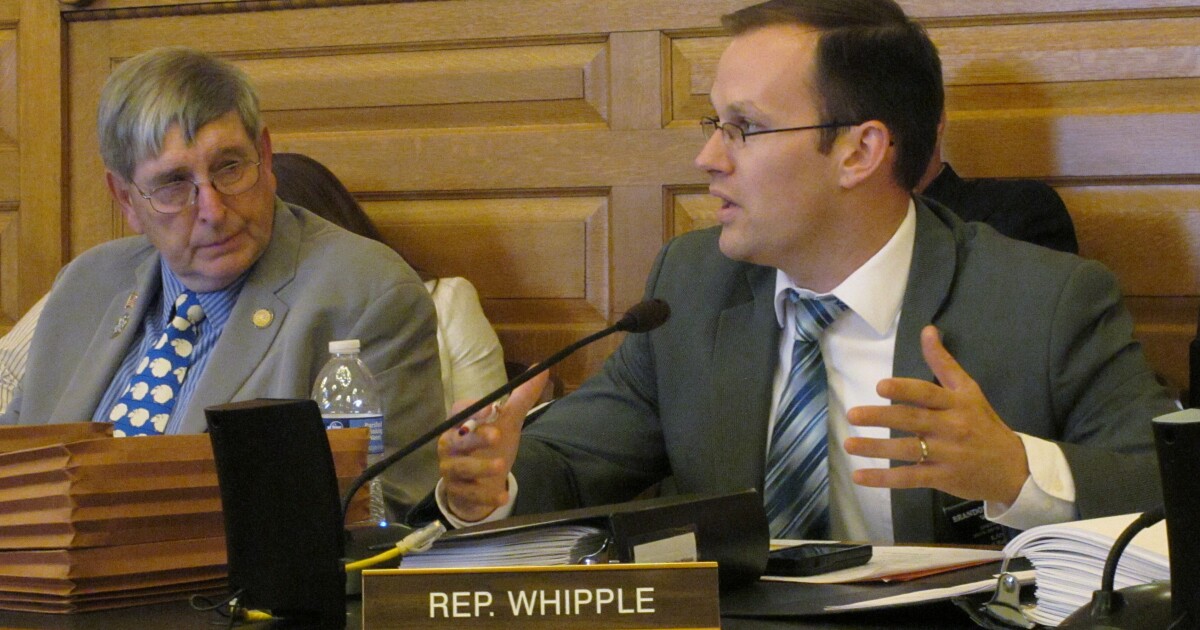 Wichita Police arrested a man today after he threatened to kidnap the city's mayor over the COVID-19 mask mandate.

The other day I got a text from a neighbor / minor acquaintance.

It was forwarding a pic + words meme that COVID masks are actually a Muslim plot to enslave first women and then everyone. First you make them hide their face. That takes away their individuality. Then Muslim-ness just happens. Enforced of course by the Democrats who are secretly all Muslim.

OK then. I knew she was no rocket surgeon. But wow, that takes a special kind of stupid / gullible!

The ‘masks are to take away your individuality’ thing is soooo March. I think that even came before people saying we shouldn’t wear masks because it’s going to cause an enormous uptick in kidnappings and trafficking.

Funny, because I used to hear RW types arguing against CCTV surveillance cameras used by tyrannical (always lefty) governments. They held that wearing masks was the best way to preserve your anonymity and thereby your Freedom! 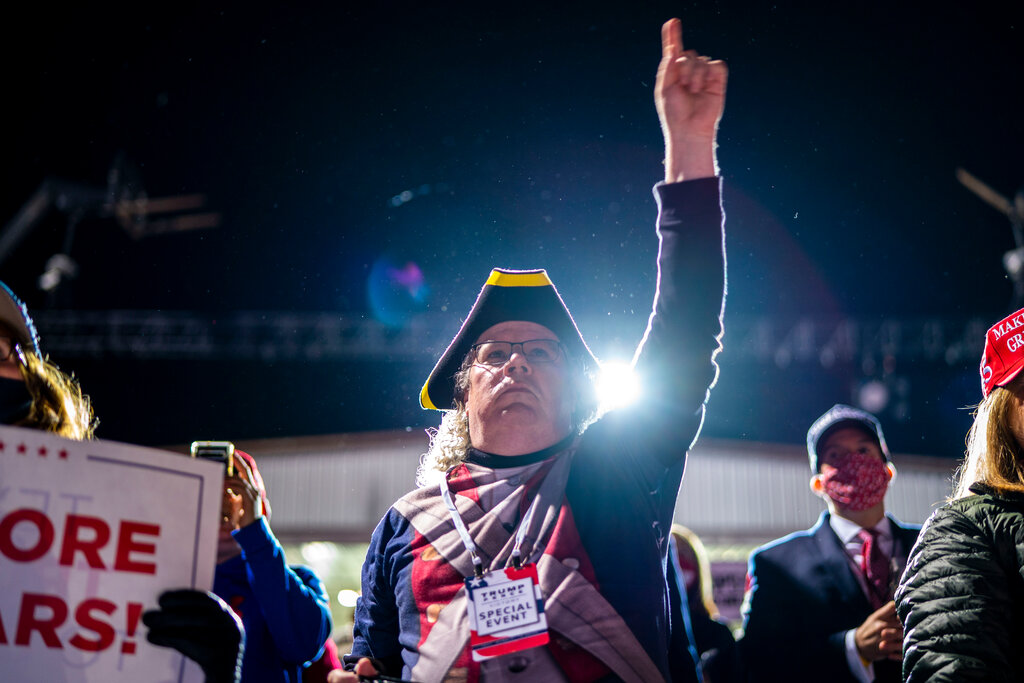 Opinion | There’s a Word for Why We Wear Masks, and Liberals Should Say It

It’s high time Democrats played some philosophical offense on the concept of “freedom.”

Enforced of course by the Democrats who are secretly all Muslim.

Atheist Muslims, which is the worst kind.

It’s like Republicans suddenly decided to stop wiping their asses and now when you go to the grocery store you run into smelly, shit-encrusted weirdos and they’re just waiting for someone to tell them to wipe their ass so they can go off.

cause a disturbance on a BC Ferry. Now they are banned. The funny part is that these idiots live on a Vancouver Island, and BC Ferries is pretty much the only way to get to the mainland (American ferry operators are currently shut down. I suppose they can charter their own boats from now on.

“We have a mandatory mask policy on all our ships and we expect all passengers to abide by the rules,” Marshall said. The disturbance resulted in a delay in disembarking as police pulled those involved aside at the dock.
“They can find another way home,” ­Marshall said.

These people are lunatics:

Many attendees at the Vancouver rally spread misinformation and touted conspiracy theories, including one of the speakers expected to appear remotely at the event: David Icke, a British conspiracy theorist who became well-known for his theories on lizard people and the Illuminati.

Enforced of course by the Democrats who are secretly all Muslim.

Atheist Muslims, which is the worst kind…

If we can somehow rope in the Zionists, we’ll have managed to include (or piss off) everybody! It’ll be a Quadfecta of anger!

The funny part is that these idiots live on a Vancouver Island, and BC Ferries is pretty much the only way to get to the mainland (American ferry operators are currently shut down. I suppose they can charter their own boats from now on.

Just in general, what I find amusing is that all these people that are willing to get into arguments about masks, must be running out of places to go. At my store, we probably ask 30ish people a day to put their mask on. The vast majority of them either honestly forgot to put it on, and remedy the situation, or were clearly trying to see if they’d get caught, but will begrudgingly put it on when confronted (which is about 6 steps in the front door). Some of the latter group might have to be ‘reminded’ a few times as they keep taking it off.
However, there’s a few every day that flat out refuse and are shown the door. Now, if they come back in tomorrow with a mask on, honestly, we won’t even remember what they did the day before. But since March, we’ve had a handful of people we’ve told aren’t allowed to shop here any more and one last week that had to be trespassed by the police because he was getting violent about it.

And, on top of all this, I’m still amazed that all these people don’t just say ‘I have breathing problems’. Those are the magic words. You can shop nearly anywhere without a mask by simply saying that you have a medical issue. No one is going to force the issue or demand proof. People have been using that excuse to bring their pets into places they shouldn’t. Why not say that instead of trying getting into a political argument with a teenage cashier?

Note: As I was typing this up, we had someone walk in with no mask, the cashier told him he had to wear one (and we do have them here for a dollar), he decided instead to leave.

I suppose they can charter their own boats from now on.

I suspect that would only work if the charter is run by a fellow maskhole.

And, on top of all this, I’m still amazed that all these people don’t just say ‘I have breathing problems’. Those are the magic words. You can shop nearly anywhere without a mask by simply saying that you have a medical issue. No one is going to force the issue or demand proof. People have been using that excuse to bring their pets into places they shouldn’t. Why not say that instead of trying getting into a political argument with a teenage cashier?

This is part of what Trump, and before him the right-wing media, have wrought: a large portion of the population believes that what’s important in life is being The Aggrieved.

It’s resentment politics. And it’s addictive to many because it permits them to feel righteous.

(Needless to say, there’s nothing else in their lives, nothing whatsoever, that would permit them to believe they are the Good Guys.)

I got that, I’ve been in retail long enough to learn that some people live to complain about things. My store, like every other store, I’m sure, has a handful of customers that we know, when we see them walking in, they’re going to complain about something, every single time.
But this is a bit different. No mask, no service. Sure, you can complain about the mask but you’re still not going to get in until you wear it. At some point, if you want to shop for food, you’re going to have to put it on. You can tell all your facebook friends your going to boycott some store that refused you service, you can send the store a nasty email about requiring masks, but at some point, you’re going to have to put it on for the five minutes you’re in the store and get your shopping done.

The other funny thing, IMO, is a lot of those people will, for some odd reason, refuse to use curbside pick up. We offer it, but the people who use it, use it because they want to stay out of the store. The people who refuse to wear a mask, when told about curbside, have no interest in it.

In any case, the short version of all that is that the people who refuse to wear a mask must be running out of places to go.

In any case, the short version of all that is that the people who refuse to wear a mask must be running out of places to go.

But as to why they keep on with it: possibly some of them hope to become Internet stars and then be invited to the White House, to sit at the right hand of their God.

Some may well be planning a GoFundMe campaign, so they can fleece money from the other maskholes.

It seems much of the GOP is now reduced to stealing from each other, as their party circles the drain.

Our governor just tightened restrictions. The detailed description specifies that masks should be medical grade and intact. I assume this is in response to the maskholes protesting by wearing mesh. Also, the state specifies that mouth and nose must be covered and the mask fit securely on the sides. It’s a lot of words, of the same ilk as all the excruciatingly spelled out syllabus statements higher ed requires these days, and for the same reason, bellicose persons who like to nitpick.

That’s kinda the problem. People wear stupid masks to make a point and just make life more difficult, including for themselves.
Back in the beginning off all this when a lot of things about wearing masks, social distancing, limiting capacity etc were just recommendations, I said over and over that the more people flaunt these recommendations, especially with an FU attitude are not only going to make it take longer for us to get past this but at the same time, those recommendations are going to turn into laws and codes that people are going to get fined and businesses will end up shut down over.

The other thing I think a lot of people who flaunt the recommendations forget is that businesses are privately owned. If you come into my store wearing a mask made of mesh, even if it meets the actual requirements of being a mask, I can, and will, still ask you to leave. We ask multiple people every day to leave that come in with their shirt pulled up over their face (who then get annoyed about it, like we’re the ones being assholes).
The funny thing about just pulling your shirt up over your nose and mouth is that if you sneeze or cough, it’s almost certainly going to fall off your face and you’re going to cough/sneeze all over whoever you’re standing 6 inches from.