I understand there was quite a bit of maskless celebrating in Alabama last night.

When I talk, my beard will pull my mask down. I just keep fixing it.

I have the opposite problem. Mine keeps riding up, so I have to pull it down.

Yeah, if mask usage was already low, it’s hard to go down. Also, I’m wondering about a weather effect. In the summer it gets hot and damp from sweat. In the winter there might be an incentive to keep the face warm from the cold. Thus more northern areas might see an increase while warmer climes don’t.

Bruce Willis issues pathetic public apology after refusing to wear a mask in a Rite Aid pharmacy. You know, where at-risk and sick people have to go to get their medicine if they don’t have any better options, and store clerks who can’t afford not to work get exposed. Fucker. 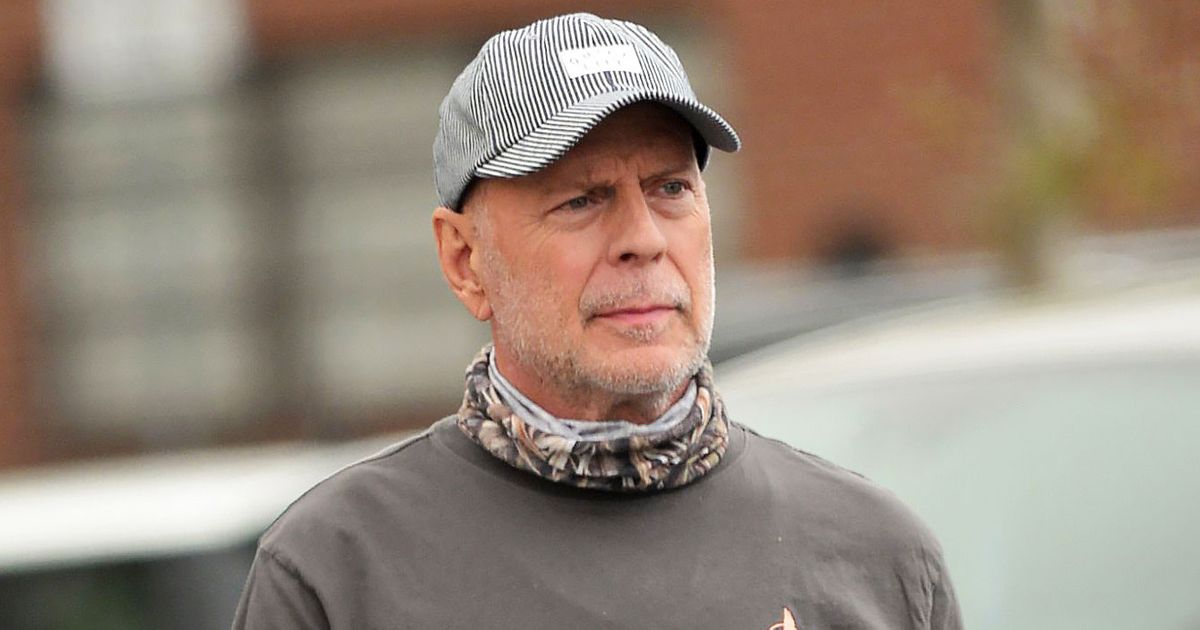 Live Free or Die Hard, as they say.

I just saw this in a chatroom:

Q: What do you call it when a mob of anti-masking, anti social-distancing people deny any consequences for their actions?

Potential humor-killing over-analysis of the joke:

Before sharing this here I did a quick google around to find a source for the riddle/joke and the closest I found was this article telling us something we already knew, which uses the phrase “herd impunity” with pretty much the same sentiment as the above joke.

I’ve found I rather like having now that it’s cold out. It is basically a scarf.

However, a couple weeks ago I was working outside with a stranger, and it eventually got wet from condensation and that was kind of yucky.

I kept it on anyway.

Seems appropriate for this thread, I think:

2 days after voting to not require masks, COVID-19 shuts down the Missouri House

The Missouri House of Representatives has canceled next week's session due to rising COVID-19 cases two days after voting down a measure requiring masks and social distancing.

Karma, running over their dogma.

Remember, they’re from Missouri. The “Show me” state. They needed a concrete example before they’d believe it. Looks like they got it.

Quoting myself from last week in the Covidiot thread:

Lots of people seem to have a need to touch a glowing stove before they’ll believe it’s hot.

Your cow-orker seems to be someone who believes it necessary to jump into a bubbling pool of lava before he’ll believe it’s hot.
…

I was a maskhole this morning.

I worked (at home) until about 4:00 AM this morning. Reasons why are not relevant (and boring).

I live in a very large (400+ units) apartment building. At about 11:00 AM, I was awakened by a door slamming out in the hallway (outside my apartment). No problem, time to get up anyway.

But the door kept slamming. Over and over and over again. To the point where I could feel it. Tiny cracks were starting to appear around my doorway (the door to my apartment and the door to the slamming apartment are on a common wall). This went on for maybe 30-45 minutes.

I lost my cool. I ran out of the apartment to see who was doing this – it was my next-door neighbor, who was having some furniture delivered. Or removed. Or both, or something.

Anyway, I was temperamental, to say the least. And I ran out so fast I didn’t even think about putting on a mask. That was wrong. Very much so.

About an hour later, I put on a mask, knocked on the neighbor’s door, and apologized. I said that, although I was right to ask him to take it easy with the door, I wished I had been about ten degrees cooler. And I said that I should have put on a mask.

I was tested on Wednesday, results came back negative, I haven’t been anywhere since then, so I don’t think he has anything to worry about. Nonetheless, I should have been wearing a mask.

I was half-asleep and pissed off. Still, it was wrong to run out of my apartment without a mask.

I was half-asleep and pissed off. Still, it was wrong to run out of my apartment without a mask.

Understandable lapse. I’ve taken to keeping masks on a shelf right by the apartment doors, so if I’m even considering answering or exiting through the door, there’s a mask right there.

However, a couple weeks ago I was working outside with a stranger, and it eventually got wet from condensation and that was kind of yucky.

I kept it on anyway.

I do hate cold wet cotton against my skin in cold weather, though yeah, that wouldn’t be enough of a reason to take off the mask.

I’ve been sewing my own facemasks all through the pandemic, and for outdoor cold-weather wear I’ve switched to masks with a soft wool inner layer and a silk outer layer. The wool wicks moisture away from the skin and the breathable silk evaporates and insulates.

This may have been addressed upthread, but here in Red DumbDonald Country (North Georgia), the large big-box stores like Walmart and Home Depot have large signs around the entrances and within the stores that “Masks Are Required” for all employees and all customers. Yet at any given time, half of the customers do not wear masks. Nothing is ever said to them.

It seems to me that stores should enforce their own policies and ask customers to put on a mask or leave the store. There may be a LOT of grumbling and bitching about it, but if ALL stores did that these Maskholes would eventually get the point and start wearing a mask.

I went out to the local grocer/pharmacy yesterday to pick up a prescription medicine and almost everyone was masked properly. The two people who were not had masks over their mouths, but left their nostrils exposed. (Oddly enough, one of those two people were shopping with an older person who WAS masked properly.) And, most people were ignoring the “one-way” aisles in the store. … One of the people masked improperly got behind me in the checkout line and practiced “2 foot social distancing”. Fortunately I was able to maneuver my shopping cart between us to keep him farther away. Judging from his body english, he knew exactly why I did that, but just didn’t give a damn.

And – thanks to all of the people who were masked properly.

When I did my old man physical back in December, the aid who did a Covid screening at the front entrance had a card that showed all the wrong ways to wear a mask and one illustration showing the proper way.

Start? The time for starting was in March 2020. That ship, along with 250K dead people and still counting, sailed 10 months ago.

It seems to me that stores should enforce their own policies and ask customers to put on a mask or leave the store. There may be a LOT of grumbling and bitching about it, but if ALL stores did that these Maskholes would eventually get the point and start wearing a mask.

Grumbling and bitching and violence. I don’t blame companies at all for not wanting to put their staff at risk of assault by maskholes.

I don’t blame companies at all for not wanting to put their staff at risk of assault by maskholes.

Ack.
Isn’t that what police are for? Why shouldn’t a store treat these MAGAtrash goobers like shoplifters or drunken sots?

Or people with no shirts or no shoes. Basically, trespassers.

Possibly, but in practice, how would that work? - deploy police to supermarkets in readiness (and people complain about wasted resources) or call on them after an assault has happened (which is what would already happen)