Gender Pronouns (original title: Should we have gender-identifiers on the SDMB?)

Ah, finally a low-effort chance to be a maverick nonconformist, by just leaving 'em guessing… (And I get it, making it required/expected makes it so that the nonconforming people are not the ones who stand out. Not sure about that, still.)

But really, I agree with the many before me that don’t see a great need for creating default gender-identifiers in SDMB. The vast majority of the time it’s irrelevant or you will have figured it out from the person’s own statements, or from context. And the vast majority of the other times, as offered in Broomstick’s example, it goes no further than

Is that something we could do here?

I would vote No even if we technically could, which it appears we can’t.

I mean, seriously, blue=♂ and pink=♀? Even leaving aside the issues of gender fluidity and gender nondisclosure, I thought we were (slowly) getting past that particular bit of horrible nonsense. Or do we need to burn down some more mountainsides for it to go away?

I don’t care if I’m mistaken for a man here, I do care about being forced to wear pink. (Admittedly, my hang up about pink is unusual and my own)

Interestingly enough, pink WAS a man’s colour about 150 years ago. Blue was reserved for girls.

Frankly, I don’t care if I’m mistaken for a man here, I do care about being forced to wear pink.

Hear, hear!
I detest the pinkwashing that goes on. I hate pink, I won’t wear it, and I actively avoid buying items whose packaging goes pink to promote something like breast cancer awareness.

Honestly, I don’t really care if or when I am misgendered on an anonymous message board, particularly since (I hope) my gender is not relevant to most contexts that my user name appears in.

Nobody has a clue as to my gender, and I prefer it that way.

Yeah, we wouldn’t want him to get salty.

Nope, nope, nope. The beauty of a purely text medium like message boards is your words are the only thing that matter. If I don’t know, I’ll use the poster’s name or “they” - I’ve been using “they” as a gender-neutral third party singular since I was in junior high and I didn’t want my parents to know I was talking about girls while on the phone.

Or we could pluck “ta” from Mandarin, which is the only third-person singular pronoun in the language. He/she/it all translate to “ta”. My wife constantly mixes up “he” and “she” when speaking quickly for that reason, sometimes even in the same sentence.

Yeah, we wouldn’t want him to get salty.

It’s all piss and vinegar.

Yeah, we wouldn’t want him to get salty

He wouldn’t relish the experience.

This thread has gotten sordid, disreputable. You might even call it seedy.

That’s the kind of mistake that will ketchup with you.

Or we could pluck “ta” from Mandarin, which is the only third-person singular pronoun in the language. He/she/it all translate to “ta”. My wife constantly mixes up “he” and “she” when speaking quickly for that reason, sometimes even in the same sentence.

Similarly, in Hungarian there’s only ő, and it’s not unusual to hear even very good Hungarian English speakers mix he/she up all the time for that reason.

Much like native Japanese speakers get confused between ‘L’ and ‘R’ sounds. The sound they use is kind of in between them and they literally cannot hear the difference.

There are similar blind spots in English but, of course, I can’t point to any – I can’t hear them myself. 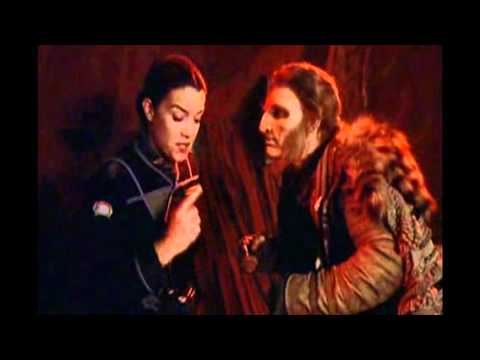 Some of you may die… But that’s a sacrifice I’m willing to make!

I believe it is @Acsenray who has experimented with E, em, and es for gender-neutral third-person singular pronouns. I rather like those. I’m not bold enough to start such a movement, or even be the second to take it up. But if more people here pick up on this, I would too.

Having one’s gender more forward is not that much worse than already being saddled by English grammar being too gender-focused, but it’s still worse.

Compared to many other languages, English has no gender. There are few nouns and even fewer adjectives that differ when masculine or feminine, and none of the verbs do. Most often, gender is indicated by use of a pronoun. Compare that to, say, French, Italian, or Spanish, where nouns and adjectives are all gendered.

Compare that to, say, French, Italian, or Spanish, where nouns and adjectives are all gendered.

On our family holiday to Portugal a few months ago, we happened to strike up a chat in a coffee shop with a college-age woman, getting her perspective on the country’s place in the EU, the state of the economy, her optimism or pessimism about the future, and so on. I had earlier noticed a placard mounted above the register; it appeared to be an officially printed sign, which said, in Portuguese, something like, “This establishment maintains a formal complaint book, ask the proprietor and he will be happy to assist.”

I asked her about the assumption of the proprietor’s gender, and she said, yeah, that’s baked into the culture, we’re working on it but it’s still difficult; male is the default for this kind of thing. After a bit of conversation on that, I then asked, what about the ongoing dialogue about gender identity outside the conventional binary? How can this be accommodated if gender is fundamental in the grammar? She paused, and said, it’s really complicated; if you go to the dentist, or whatever, you know from the noun whether the dentist is male or female, and we just don’t have a way of avoiding inherent categorization that doesn’t sound weird.

From her attitude and tone, it sounded like a touchy subject, like she wasn’t sure herself where she was coming down in the debate, so I left it alone and moved to a different topic. But it’s definitely a huge challenge.

Could be worth a separate Factual Question thread: what are the proposed adjustments, under various languages, to remove the gender assumptions baked into the grammar. Hmm.

Could be worth a separate Factual Question thread: what are the proposed adjustments, under various languages, to remove the gender assumptions baked into the grammar.

I asked that question once and some of the response I got was along the lines of “It’s not your language, so it’s none of your business.” I personally think we should be able to have such discussions. It’s human language and we are all humans. And the issues humans face and the concerns that have cross lines of the language that they speak. Also, I have an objection to the idea that some group of people “owns” something like a language (or a country, etc.).