Here’s a couple of paragraphs from a Washington Post article (paywall warning) on this. In their minds, the best reason to do this is to annoy or anger liberals.

“We have been building guns out of blocks for the last 30 years and wanted to flip the script to aggravate Mom,” Provo-based Culper Precision explained on its website. It went on to argue that personal defense is a right granted by God and that gun ownership is protected by the Constitution before getting to the most important reason the company was selling “BLOCK19,” as the design was named, for $549 to $765, depending on the specifics.

“There is a satisfaction that can ONLY be found in the shooting sports and this is just one small way to break the rhetoric from Anti-Gun folks and draw attention to the fact that the shooting sports are SUPER FUN!” the site proclaimed, exuding a bravado that would prove to be short-lived. “Here’s the thing. Guns are fun. Shooting is fun. 30 rounds full auto is fun.”

Hang on, there’s a longer thread about this in gd, and I’m going to merge them.

Yeah, great, let’s buy our kids a toy that is genuinely lethal. Of course, if they used lead-based paint, or it had sharp spikes hidden in it, they wouldn’t be able to sell it, but if it shoots bullets then it’s protected by the constitution.

One of my ambitions was to visit America - but no longer.

Yeah, great, let’s buy our kids a toy that is genuinely lethal.

I believe you’re mistaken this gun was targeted at adults who wanted to have a real “toy” gun. Nothing I’ve seen from the manufacture or anyone else thinks this “toy” was meant for children.

I guess I’m too used to silly-looking guns that have been around for ages, like this Hello Kitty AR-15 from 2008:

There’s a pretty long tradition of making guns, tools, etc. in pink, in the hopes that women will buy them. Knowing that, if I saw something like the one in your link, I would absolutely assume that it was a real weapon.

The Lego gun, on the other hand–
I believe that the restrictions on fully-automatic weapons are unconstitutional. I believe that anybody who can pass a standard background check should be able to buy a machine gun or a flamethrower. And I wholeheartedly agree that the Lego gun is an incredibly stupid idea. I’m not certain whether to go so far as to say that ones that have been sold should be confiscated, but I wouldn’t be terribly upset if they were.

And I wholeheartedly agree that the Lego gun is an incredibly stupid idea.

To be clear, I think this is a dumb idea as well. It just doesn’t ping my outrage meter given the previous cases of toy-like weapons. It’s not just “pink guns for women;” that was just the first example I thought of. Another example: 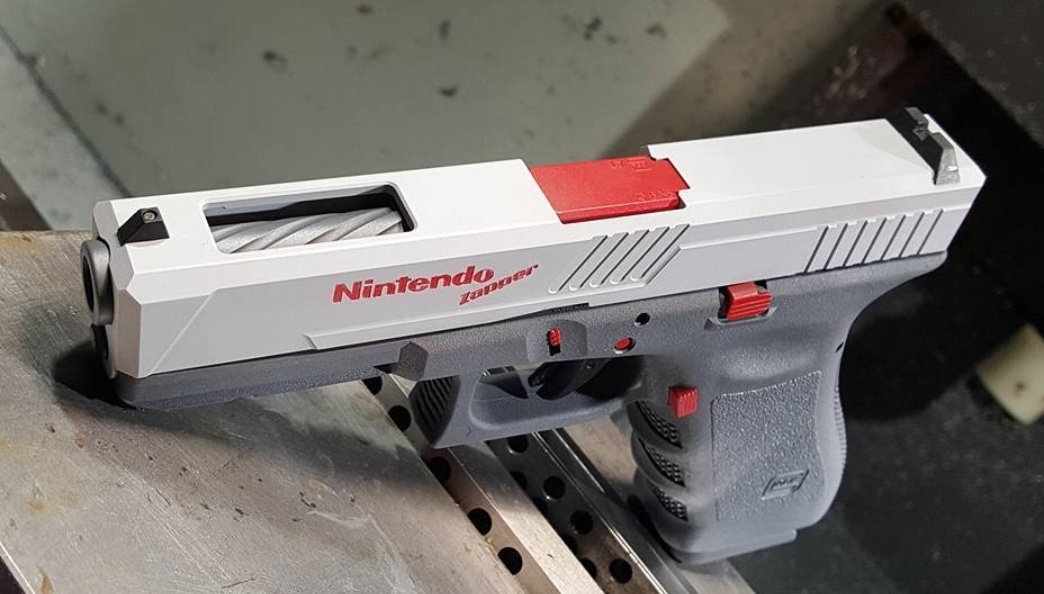 I think in this case, Lego absolutely has a case for defending their trademark and that the units sold should be seized on that basis. This seems to be a cut-and-dry case of Lego defending their reputation as a provider of safe toys for children.

But as for guns that look like toys in general–that’s a tougher argument given how the 2nd amendment is interpreted.

Well, it worked after a fashion. I was totally unaware of the company’s existence before all this and I certainly have now. It is not a positive impression, though and I’m a gun owner.

But, maybe somebody could gently explain to this simple soul how there can be at least one person in a marketing department who thought this was be a good idea.

There are people out there who enjoy collecting firearms the same way others enjoy collecting stamps, comic books, automobiles, Beanie Babies, and board games. And the truth is that many novelty firearms have been produced over the last few centuries. The Arsenal Firearms AF2011A1 is a double barrelled .45 semi-automatic is a novelty firearm though it doesn’t look like a toy.

And also, for the 20 odd people who forked out USD700 for one, what might be their motivation to consider this as a must have for their collection?

The novelty itself is what attracts them I think.

Normally I’d say Lego doesn’t have a case here. But the BLOCK19 logo is an obvious knockoff of Lego. I’m pretty sure a trademark infringement case would hold up in court, if it came to that. A generic brick design, though–not so much.

I don’t think they have a block to stand on here as there are other toy companies that manufacture interlocking block toys similar to Lego brand. The patent for Lego expired a long time ago and in recent years they lost a trademark infringement suit in Germany when the court ruled that the shape of their bricks cannot constitute a trademark.

That said, I’m not a big fan of producing firearms that bear a close resemblance to toys. But these are generally produced in such small numbers that I don’t think they pose a significant hazard to anyone.

IMHO, anything that makes a weapon look cute is a bad idea. A deadly weapon should have a deadly appearance and appear deadly serious.

Making it cute only serves to trivilalize gun safety, cause lethal misunderstandings and instill a bad attitude in users.

I don’t think they have a block to stand on here as there are other toy companies that manufacture interlocking block toys similar to Lego brand.

The Chinese knockoffs were/are deliberately mimicking Lego in order to infringe on sales and I don’t think the same can be said about Culper Precision. Nobody going to Toys R Us, Kaybee, FAO Schwarz, or perhaps a toy store that actually still exists is going to be in a position to purchase a Culper Precision set instead of a Lego set. But Culper Precision might decide it isn’t in their best interest to go to court and make alterations to their logo making the originals even more desirable to collectors.

The LEGO logo is highly recognizable around the world, and for good reason. LEGO produces a superior product in their space.

Trademark lawsuits have been won over smaller details, like the exact shade of magenta used or the word “sky.” The white-black-yellow-red logo with puffy letters is an easy win compared to those.

That guns are in a different category than toys is potentially an element that would help the defense, but the gunmaker here intentionally made their product look like a toy. And then attempted to use LEGO-like branding to reinforce the connection. I won’t say that LEGO is absolutely certain of a lawsuit win, but I think it’s pretty damn close. You don’t get to make money off of someone else’s brand regardless of the industry.

*There are already pistols that look like credit cards and cell phones and the BATFE certified they are perfectly legal. I have yet to hear about any incidences with them.

*Millions of responsible gun owners would own the Lego pistol and make sure a kid or anyone else that didn’t know it was real didn’t get their hands on it.

*Such a pistol could be made at home using custom parts and Cerakote.

I’ve told this story before:
When I was a kid in the early 60’s some of our Fathers had come back from Korea with some, uh, souvenirs, i.e., junky but working 1911 .45 pistols. Dad removed the firing pin and glued a block of wood into the magazine well and it made a swell toy for cops n robbers. Slide worked, hammer and trigger worked. Nobody robbed a gas station or later blew their head off with a real pistol because they didn’t know theirs was a toy and Dads in the drawer wasn’t.

Fewer than 20 were sold, and they would be a solid collectable. And it has already been pulled. It was a publicity gimmick.

This was a stupid idea, but they got the publicity they wanted.

For some reason, it reminds me of this commercial: 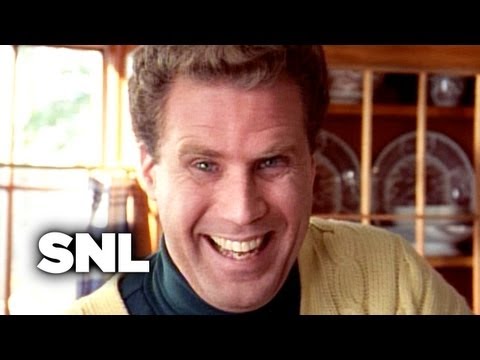 You are missing the point. You buy your kid one of these ‘toys’ and they shoot someone, hopefully you.

Modnote: This is pretty much wishing harm on another poster. That is not allowed. It is also failing the debate the post and not the poster.

Please avoid this in the future.

*Millions of responsible gun owners would own the Lego pistol and make sure a kid or anyone else that didn’t know it was real didn’t get their hands on it.

Right. Just like gun owners do with the non Lego-like firearms; they make sure kids never get their hands on them.

What legitimate reason do people that want guns that look like toys actually have? I know that some guns have been designed to not look like guns, but these were essentially intended for bodyguards to be able to carry something that was not obviously a weapon. Toys that look like real guns are already a problem, but this is a new twist. Is it just a case of arrested mental development somewhere along the line?