I think the ship has sailed with regards to guns that look like toys since there are plenty of toys which look virtually identical to a real gun other than the orange tip. If a kid covers the orange tip of their toy gun with a black sharpie, it’s going to look pretty much identical to a real gun from distance. Sure, some toys look like crazy nerf sci-fi guns, but plenty of toys look pretty much identical to real guns. I’m not sure if it matters what real gun manufacturers design since toy manufacturers can just copy that design and add an orange tip.

How many “Lego” guns do you actually think were going to end up out there? Out of the third of a billion guns in this country do you really think there will be a significant amount?

As shown previously with the Hello Kitty AR-15 there are already novelty custom firearms out there. With no ill results.

But 99.999% of guns look like guns and that’s all the owners want them to look like. Find something else stupid to get crazy about.

Modnote: This statement is gratuitously misogynistic. You seem to have gone out of your way to avoid using the simple “over-reacting”. Please do not do it again. I checked with other mods on this and we agreed.

Modnote: This statement is gratuitously misogynistic. You seem to have gone out of your way to avoid using the simple “over-reacting”. Please do not do it again. I checked with other mods on this and we agreed.

Got it. My apologies.

Out of the third of a billion guns in this country do you really think there will be a significant amount?

That’s not necessarily relevant. The argument isn’t about what happens to the (small) number of people that own guns that look like toys. It’s about people that own toys that get shot by police because they look like guns.

People with realistic-looking replica guns get shot and killed all the time (like just the other day). So it’s certainly a risk that when police can’t tell the difference, they’ll assume the worst. And this attitude has been ongoing for some time (that’s a long paper from 1990 but has lots of good material):

In cases where force was actually used it is probable that the data are more accurate
since internal investigations typically follow the use of force. The limiting factor may be
when simple physical force was used to “disarm” or control a person. The findings show
that over the past five years there have conservatively been at least five instances a month
where U.S. police officers have used actual force against a person in the belief that an
imitation gun they were holding was real and the person was about to use the weapon
(Table 5/Figure 9, page 35). The authors did not intuitively expect to find this many
incidents.

Now, as it happens, I do think toy-looking real guns are still rare enough that there’s not much danger to owners of actual toy guns. There is most likely a threshold effect, where only if they reach a prevalence level is there a problem. But that level is going to be nowhere near 100%; I’d be concerned if it were even 1%. It’s certainly worth keeping an eye on.

And it has nothing to do with my previous point. A person having their gun all dolled up to look like a toy, a phone, or a bologna sandwich isn’t causing any harm as long as they are treating it as the real firearm it is and being responsible with it like they would any other gun.

Someone making a gun look like this is, by virtue of that very action, not treating it as a real firearm. Your talk of “responsible gun owners who would own this” is meaningless, because a responsible gun owner would not want a gun that is disguised as a toy, because disguising a gun as a toy is inherently irresponsible.

Consider that you are a parent with a child who now, in a burst of creativity builds a passable replica of a firearm using red, white and yellow LEGO blocks and starts walking around the house playing cops & robbers.

Would your reaction now be “Well done Billy-Bob, now lets teach you about responsible gun ownership” or “Shit if this kid goes outside now when it’s dark and surprises a LEO or a felon or somebody just walking past who is carrying and also has some recreational supplementation, they’re going to get shot”?

Haven’t the marketing department of Culper Precision, for a bit of PR and minor expense, now put the other guy who has a real weapon into a heightened state of threat that can only increase their likelihood of using it in their self defense.

As a follow-up campaign to capitalise on their PR triumph does Culper Precision produce a Wood & Weston (to minimise any potential trademark infraction liability), 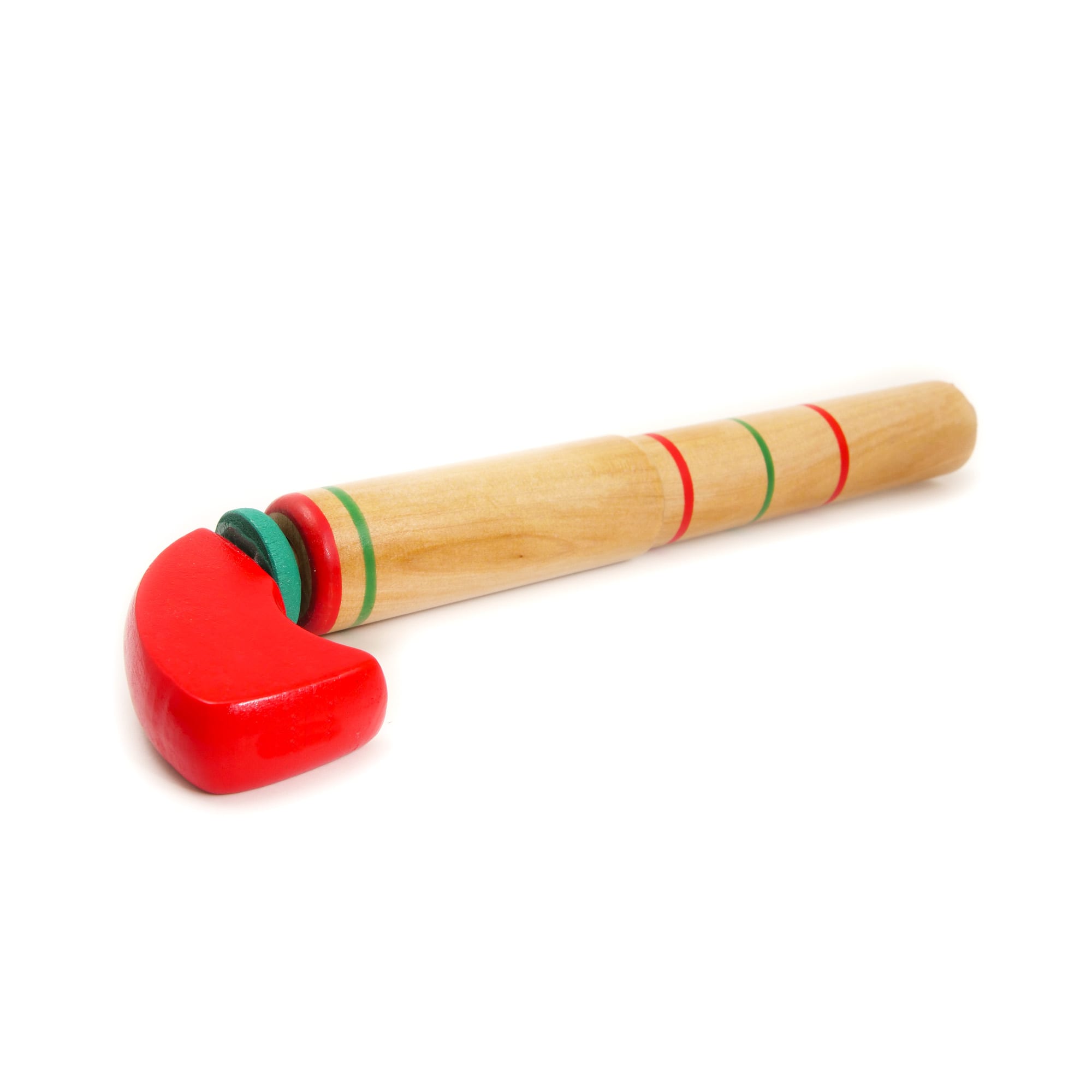 A functioning handgun including “30 rounds of full auto fun” but looks like a pop gun.

A person owns a firearm that looks like a toy and owns it responsibly what does it matter what it looks like?

As with so many things, the problem isn’t when everything is done right, it’s when things get done wrong. To paraphrase a very perceptive quote: A person is a smart gun owner, people are dumb, panicky, dangerous gun owners.

As with so many things, the problem isn’t when everything is done right, it’s when things get done wrong.

But that’s true even with real guns that look like real guns. You’re worried about a minuscule amount of these toy looking pistols and dreaming up scenarios that aren’t going to happen.

How come none of you got crazy and opened threads about the cell phone pistol and credit card shaped pistol I mentioned earlier? They’ve both been around a lot longer than the Lego gun.

How come none of you got crazy and opened threads about the cell phone pistol and credit card shaped pistol I mentioned earlier? They’ve both been around a lot longer than the Lego gun.

Fact is novelty guns like the Lego pistol will be very few and far between. And people could already have their pistols customized to look like anything else long before the Lego or credit card and cell phone pistols came along. This just isn’t something that is going to saturate the gun supply in this country.

IIRC (and I could be wrong) disguising a gun as a cell phone is already illegal. I haven’t heard of a case of a gun disquised as a credit card. I’m guessing that’s illegal as well. Making a Glock look like a bunch of Legos is currenty legal. I would prefer it not to be.

People have been carping about that stuff. For example: 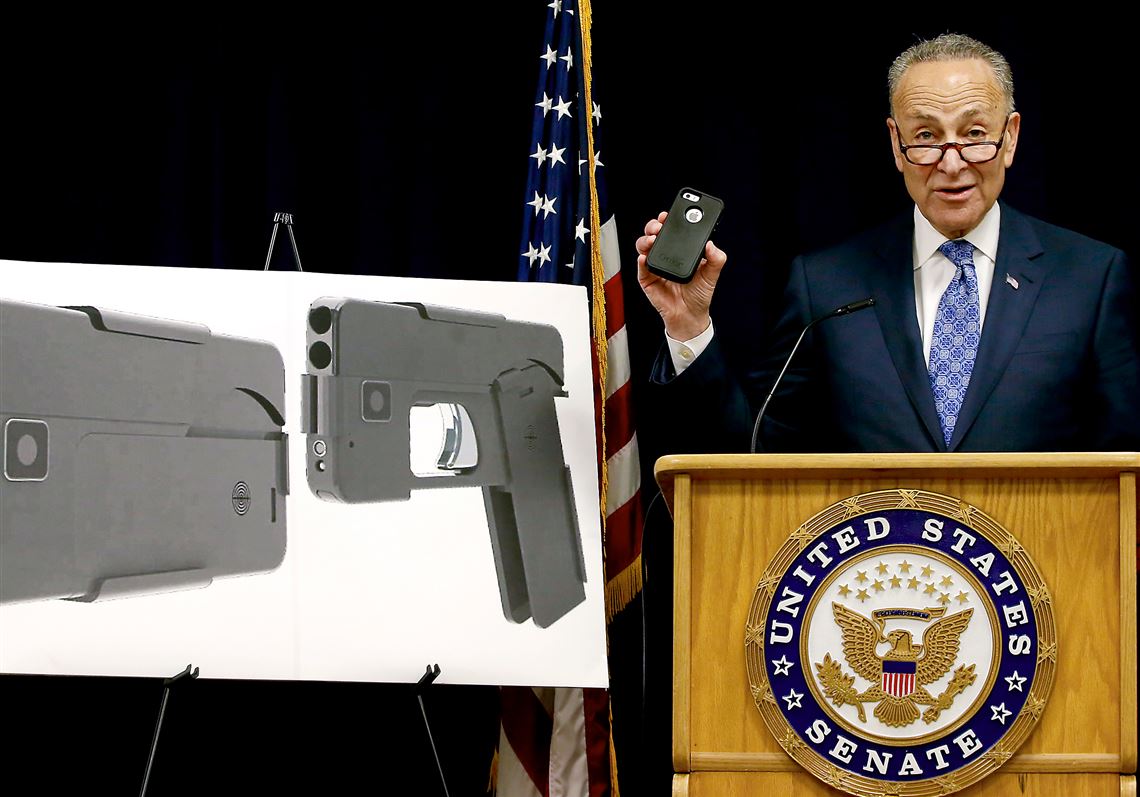 Enforcement sought of the Undetectable Firearms Act, which bans guns that are not shaped like traditional firearms.

Police are making the exact same argument as in this thread:

“Officers are compelled to make split-second decisions all across this nation each and every day,” and this product will make their jobs harder and endanger lives, said Philadelphia Police Commissioner Richard Ross Jr., who joined Mr. Casey on a conference call with reporters Thursday.

“The notion of wondering whether or not that cell phone is a gun or vice versa is just too problematic for law enforcement to deal with,” he said.

They seem to be kinda-sorta illegal already. There is the Undetectable Firearms Act of 1988:

It bans firearms that don’t look like guns under X-ray imaging. That would seem to exclude folding guns like the smartphone gun. But it’s a fuzzy definition and requires enforcement.

What legitimate reason do people that want guns that look like toys actually have?

As I said, they made only a tiny handful, all sold to collectors, likely never to be shot.

If I had money to throw around like some people do, I might’ve bought one of those immediately as soon as I heard of them, for no other reason than it being obvious they would stop producing them very quickly after a controversy, and thus I would have a very rare thing on my hands.

Mind you, this is a really stupid idea. It is throwing raw meat…err tofu… to the anti-gun crowd.

And in the unlikely occurrence if one did end up in the hands of a child, it would be a tragedy waiting to happen.

IIRC (and I could be wrong) disguising a gun as a cell phone is already illegal. I haven’t heard of a case of a gun disquised as a credit card. I’m guessing that’s illegal as well.

Nope. Both are legal per BATFE

A folding, single-shot .22 caliber pistol that’s no bigger than a stack of credit cards. LifeCard® will be the last gun you'll leave behind. 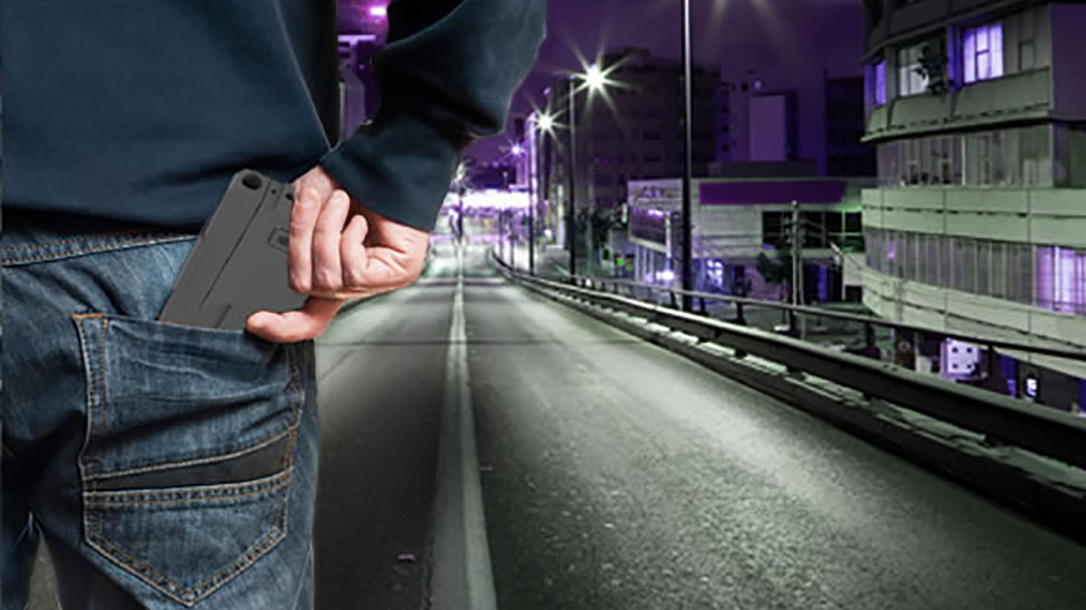 Pre-orders of the Ideal Conceal, a .380 ACP derringer that looks like a cell phone when folded for carry, are now shipping, the company's CEO has confirmed.

I admit my error.

Having just learned that credit card guns and cell phone guns are legal, I maintain that they are stupid, dangerous and should be outlawed.

Nitpick; that first one is “no bigger than a stack of credit cards” but it’s not “disguised as a credit card.”

Police are making the exact same argument as in this thread:

I am the police. Over 39 years on between 2 separate full time careers, including having held a rank during the first.

I have no problem with these novelty guns. They are very few and far between. Most of the millions of gun owners in this country are responsible and 99% of all firearms are never used in a crime. It just isn’t anything to get crazy about. These kind of things aren’t even a noticeable blip compared to the number of other firearms available. There are more [legal] machine guns in the hands of civilians than pistols that look like Legos or Lincoln Logs, or whatever.

I am the police.

Doing your best Judge Dredd impression, I see. Not sure that you speak for all police.

At any rate, I agree that this particular instance does not merit much outrage. Then again, it hasn’t generated much. There were a few news articles and some discussion. People will forget about it in a while.

However, I think the phenomenon is worth paying attention to. It makes a difference whether it is at infinitesimal levels or merely low levels. Especially since the police already seem to have a surplus of reasons to shoot unarmed people.

They are very few and far between. Most of the millions of gun owners in this country are responsible and 99% of all firearms are never used in a crime.

Again, totally irrelevant and seems to indicate you don’t understand the argument.

99% is a really horrific number, too. It would indicate that about 4 million guns have been used for crimes in the US. Fortunately, the real number is probably higher than 99%.

Nope. Both are legal per BATFE

Has the BATFE made an actual ruling on these weapons, or have they just failed to enforce the law? Because a simple reading of H.R.4445 seems to indicate that they are illegal.