Have the British ever returned any valuables "obtained" during colonialism?

I’ll bet the Nigerians think the Benin Bronzes were and are significant.

Moderators - you may please close this thread. My Factual OP has been answered viz-a-viz : Nothing of substance has been returned.

Many things “of substance” have been returned, and the process is continuing. Banquet Bear discussed above some very important Maori artifacts and human remains.

Here is a recent story about repatriation of objects to Haida Gwaii in Canada: 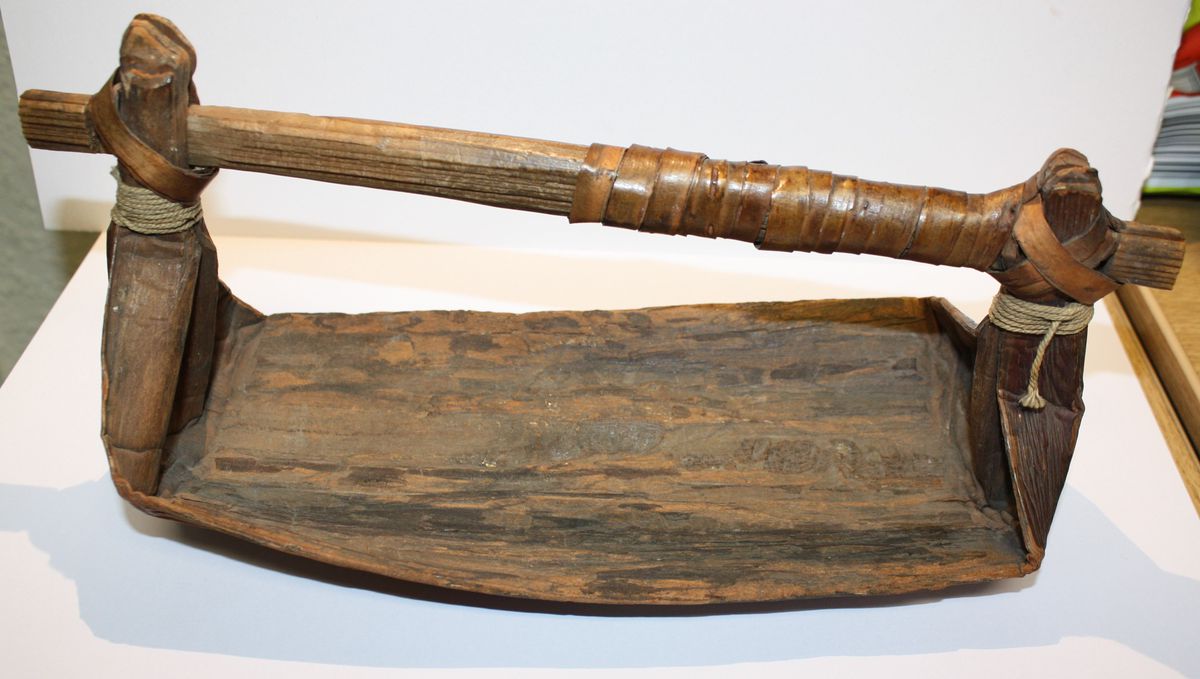 ‘It’s the right thing to do’: Haida Gwaii Museum has received objects repatriated from a small British museum

Moderators - you may please close this thread. My Factual OP has been answered viz-a-viz : Nothing of substance has been returned.

The Benin Bronzes are going to be returned to Nigeria. I think these are “of substance”. 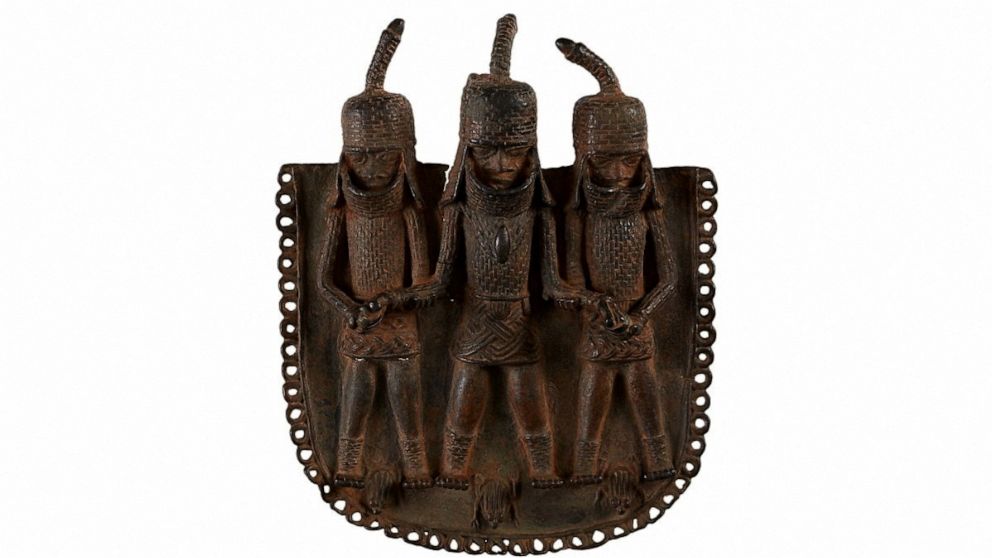 The Turks aren’t in charge of Greece now, is what I meant.

but if something like this is the guiding principle, why should many other far more significant assets not be returned? Much of the land in the United States, for example. How do you feel about giving back land that you personally own?

Good question. I don’t live in the US, so I can’t really comment on that. I suppose everything that someone currently ‘owns’ may have identifiably belonged to someone else in the past, and may have been taken by force. I’m in the UK, where historically, the land has been overrun and fought for and won and lost many times over. I don’t have all of the answers, but I don’t need all of the answers to feel fairly comfortable about some of the answers.

I like that a lot. For various reasons, my mathematical education only made it to a little bit of calculus. There are still many equations I can solve confidently and correctly.

I don’t want to make the perfect the enemy of the good, I agree that the Elgin Marbles should be returned. But this is no more than the trivially good. I think we should not kid ourselves about how virtuous we are being in consistently upholding high-minded principles if we do so. It’s the right thing to do, but we are willing to do it in this case only because the cost to us is insignificant.

Or perhaps in more words:
Repatriation of important historical artifacts (from public collections) seems like a really obvious thing to do, when there is a reasonable expectation that their historical country of origin can care for them and is stable, and wants them.

If they are of supreme historical significance, that’s where they ought to be. If they are the sort of things that can be taken on tour or loaned out to other museums around the world, there are ways to make that happen safely, and in many ways, that increases their value and interest as museum exhibits.

I like the British Museum a lot, but I don’t think it should necessarily trump the claims of the countries where the artifacts originated, even if some guy in a pith helmet opened his pocketbook at some point in the past.

Neil Armstrong, is that you? Whose Art? Museums and repatriation – Smarthistory

If my now-deceased grandfather bought a house from someone who is also now deceased, does that mean I should return the house to their descendants?

Yes… during the Oka problem in Canada, a similar standoff happened with the natives on a reserve across the river from Montreal. One of their complaints was that after the land was given them for farms, the local priest bought some of the land off their ancestors in 1837. The natives want it back, claiming the deal was unconscionable. At what point do we second-guess what was bought and paid for centuries back by those who did not care for or understand the value?

It’s one thing when treaties are signed at the point of a gun. It’s another to claim that a valid transaction should be reversed long afterwards.

Then there’s the question of how things were obtained. The Elgin marbles were gleefully sold to Lord Elgin by the local rulers (Turks) who really didn’t care much about the Parthenon. It’s possible he actually saved them from further destruction. Yes, they are an invaluable part of ancient Greek heritage - but the same applies to everything. …

The past is a complicated place.

Note that Peary out and out stole those meteorites from the Inuit along with other items. Now, he could be excused for taking a few samples- for science- but looting those entire sacred objects was too much. INSH | Steal from the poor, give to the rich: how one man was celebrated for stealing from the Inuit. So many lives ruined, all because one man wanted fame.

During the 1894 trip, as he traveled through Greenland searching for a viable path to the North Pole, Peary was taken to the Cape York area where he saw a cluster of massive meteorites. The Inuit names for three of them were “the Woman,” “the Dog” and a larger, forbidding rock on a small nearby island was called “the Tent.”

The circumstances by which antiquities were obtained were not always the theft and plunder they are made out to be. Some might be purchased from the government of the time. Some presented as gifts or tribute. Not all would be regarded as treasured heritage items at the time by the locals. The zeal for collecting items for display in public museums was a European and American cultural trend.

What would have happened to these antiquities if they were not taken by colonising powers and placed in museums?

Egypt certainly had a vigorous local grave robbing community for hundreds of years. They cared little for conservation.

If my now-deceased grandfather bought a house from someone who is also now deceased, does that mean I should return the house to their descendants?

I would say no. Not everything is the same as everything else. There is nothing exceptional in what you described; everyone expects houses to be bought and sold, and for the sale to be final. Unique pieces of cultural heritage aren’t quite the same as your grandfather’s house, I feel.

There is nothing exceptional in what you described; everyone expects houses to be bought and sold, and for the sale to be final.

That is certainly the Western cultural perspective. Do you think that every native group that made a treaty to sell their land shared the same perspective?

No, as I said, not everything is the same as everything else. Pretty sure I said that.

You said “everyone expects …”; I’m asking if you really mean EVERYONE.

When the colonial overlords “buy” something, it’s not necessarily a fair deal.

That is certainly the Western cultural perspective. Do you think that every native group that made a treaty to sell their land shared the same perspective?

This was the basic problem with colonization. (apart from the doctrine that said the new world was “unoccupied”). A group that lives mostly by hunting cannot conceive of someone taking large swaths of land, destroying the forest, and fencing it off and stopping others from even crossing it, or block them from helping themselves to what grows or grazes there. So when the visitors said “We’ll give you these useful metal tools in exchange for this land” I don’t think most tribes though the land was lost forever to some all-devouring and steadily expanding agriculture. The local natives such as the Iroquois and Hurons could barely clear enough land to grow their corn for a village, since it was done with stone axes and fires.

The Spanish had a more productive (for them) process in the lands where there were extensive fields already - kidnap the leaders and shoot anyone who gets in your way. Or like Columbus, if they don’t deliver enough gold, chop off a hand or two.

A more problematic question is what to do when the acquisition of land, artifacts, etc. is transactional not coercive. Irreplaceable meteorites may be sacred, but for example, was a mask regarded by the locals 200 years or more ago as so sacred it should not be given away or “Heck - for a dozen metal axes - I’ll give them the mask and carve another one…”?

(Or the running joke about who got the better deal selling Manhattan for $24 worth of goods, based on the compounding value of that $24 today)

A group that lives mostly by hunting cannot conceive of someone taking large swaths of land, destroying the forest, and fencing it off and stopping others …

Myths European made up in the context of Native Americans. Science says otherwise :
" European colonization of the Americas resulted in the killing of so many native people that it transformed the environment and caused the Earth’s climate to cool down, … which reduced the indigenous population by 90% …

This “large-scale depopulation” resulted in vast tracts of agricultural land being left untended, researchers say, allowing the land to become overgrown with trees and other new vegetation.

The regrowth soaked up enough carbon dioxide from the atmosphere to actually cool the planet, with the average temperature dropping by 0.15C in the late 1500s and early 1600s, the study by scientists at University College London found.

Another European myth was that Native Americans we not an advanced enough culute. Well they were ! and their population was almost the same as Europe :

" By combining all published estimates from populations throughout the Americas, we find a probable Indigenous population of 60 million in 1492. For comparison, Europe’s population at the time was 70 to 88 million spread over less than half the area."

Context. Everyone in the context of the thing I was replying to.

I mean, clearly not ‘EVERYONE’ as that could include aliens on other worlds, children not yet born, sentient machines that have not yet come out of hiding…

I would say no. Not everything is the same as everything else. There is nothing exceptional in what you described; everyone expects houses to be bought and sold, and for the sale to be final. Unique pieces of cultural heritage aren’t quite the same as your grandfather’s house, I feel.

This is a recent perception by historical standards. For centuries, people didn’t care much about preservation of historic artifacts. European cities during the Baroque age would tear down Gothic buildings from the Middle Ages and build ‘modern’ (i.e., Baroque) buildings on the same site; grave robberers would happily sell art taken from tombs; ancient buildings would be used as convenient quarries (which, in many cases, did much more to turn the buildings into ruins than decay; the construction of the Haussmann boulevards of Paris levelled entire neighbourhoods. So the question becomes a very familiar one, namely, whether an event that took place a long time ago should be judged by the moral standards of that time, or by today’s.