How are they intending to have electric-car charging stations in urban areas?

So, the electrician was here today. Ugh.

Any ability to move existing service? I have a gas dryer, so I moved the 220V dryer plug into the garage for the car. Because we were just moving an existing plug, no panel work was necessary, and the permitting was very simple.

If you have two 120V circuits near the car, which also happen to be on different legs of your service, then you can get a device which will combine them into a single 220V 15A outlet for your car by plugging in a box to both circuits. It seems expensive and kludgy, but might be better than $7k.

It’s not really about the wiring to the garage. That’s relatively cheap. It’s about putting enough devices on your service that they could theoretically trip the main breaker. The city requires a load miser in that case to get a permit. And if you don’t have a permit and you have a fire, you can lose your insurance. And if you sell the house, a home inspector will flag the installation and check for the proper permit. So I will want to do it right.

Except that it is happening. We have been prematurely shutting down fossil sources of fuel on the promise of replacing them with solar and wind. There are huge solar and wind farms being built here. Alberta gets 90% of its power from fossil fuel, 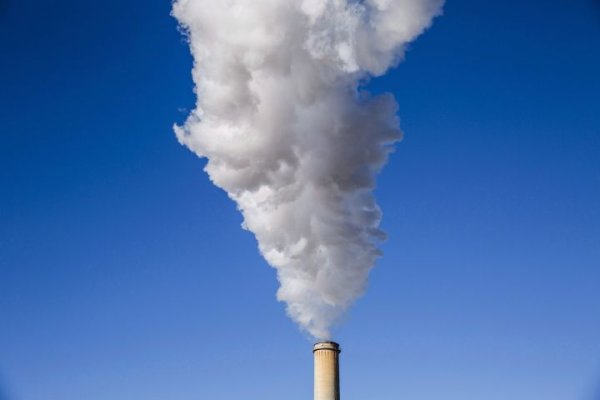 Alberta is set to meet its goal to eliminate coal-fired electricity production years earlier than its 2030 target, thanks to recently announced natural gas conversion projects.

the coal plants are being converted to natural gas, not being shut down. Indeed, the conversion is around a billion dollars for one company. That suggests they are not in a hurry to scrap the plants.

Note that coal is carbon, so produces only CO2. Oil plants burn long-chain carbon molecules of CH2, so produce Co2 and H2O about 50-50. Natural gas produces 2 molecules of H2O for each CO2 molecule, so a lot cleaner for the energy produced.

All this concern about the environment has not stopped Manitoba, for example, from damming the heck out of the Lake Winnipeg / Nelson River system, they just finished a major dam only a few years ago.

The reason to decommission nuclear is that many of the plants were built in an optimistic burst in the 60’s and 70’s. The plants are getting old. Normally they would be refurbished, in any other technology. However, you can’t just open up a nuclear core and replace a couple of the pipes.

A friend of mine knew some of the workers building the New Brunswick plant. It was massively late and over budget - many of the workers knew they were out of work when the plant was finished in a high-unemployment area, so they did things like weld tools into the pipes, knowing the check would detect them, and they’d be called back to repair the problem. This is the level of care used to build a plant that could fail and have lethal consequences. This is not an anomaly - so many nuclar plants were late and way over budget being built. The ones outside Toronto had a long stretch of problems, leaks, and shutdowns.

I think nuclear is an excellent choice for power generation, but it seems to suffer from problems that ahve more to do with organization than technology. Prime example - Chernobyl

So it turns out that if you have a 100A service, have the regular suite of appliances (A/C, stove, dryer, fridge) and want to install a level 2 charger you are required by code here to get an energy miser or load limiter, plus a sub-panel.

What if you just want to install a 240V NEMA 14-50 plug? A lot of fancier garage tools (welder?) use 240V. In my neighbourhood, some people have installed a stove in their garage (for spice-related reasons, I assume)

I then used kitchen range power cord (50A rated) with a plug on the end, connected to my wall charger. This also allows me to use the portable charger for the Tesla if the wall charger has a problem.

The problem may be the requirement to hard-wire the charger - directly connecting a device to your power. Are they equally fussy if you are just installing an outlet? If necessary, drop the breaker down from 50A to 40A or 30A and ask to install an outlet. Then limit your charger to the rated amps. (80% of breaker) Even charging at 24A (30A x 80%) you will likely fully charge your battery overnight most days.

[Moderating]
While I realize that there’s something of a tradition of snark on the Dope, that reply really adds nothing to the thread, and detracts in multiple ways. Please try to remain factual, or at least to better tune your attempts at humor.

I feel that getting more charging stations into downtown or other high worker density areas is not the best option. Better mass transit is. I don’t mean mass transit from your block in the suburbs to downtown or other dense areas of work or shopping. I think expanding the current concepts of park and ride would be best. Good mass transit collection sites, that have parking and charging, that funnel folks to the areas where such schemes are not practical. We need to have excellent mass transit for workers. This can be well targeted to a high percentage. My city has a fairly haphazard system, but it is still highly utilized, in spite of our horrible winter weather. We are expanding it. Large parking lots with charging ports. Next to very good mass transit stations. You expend little charge to get there, top off at low charge rate while parked. Go home and put little demand on your home charging port. We need to distribute the charging demand lightly on all the ports. Using mostly low current to keep topped up.
We keep shorting funds to high quality mass transit. Also misallocating the vehicles and routing. If we can get the miles at a time driven lower, we can keep the instantaneous Amperage demand lower. Less widely spread infrastructure upgrade required. Concentrate on less miles driven in the separate vehicle, so less high charge demand. This also leads to more lifetime of your vehicle and it’s battery. Fewer accidents. More phone time on transit.