How best (that is, cheapest & easiest) to get wifi to a chicken coop?

Why not run a co-ax cable out to the coop and attach the two routers together?

Addressed in the OP

This is going to sound perhaps a little janky, but it might work:

First, let me say that I have had decent luck with powerline ethernet adapters even if they are not on the same circuit (ie controlled by the same breaker), but I don’t think they will work if you’re going through a completely different breaker box.

I think you were on the right track setting up the router near the breaker panel, however I suspect there is a good deal of EM interference there coming off the panel itself and the electric fence.

If you can,. rig up some shielding from aluminum foil and get the router a little farther from the panel. See if that helps with the signal strength for the camera (plug the cameras into the router, if possible, for this test in order to help shield them from the EM as well).

If that works, then you have a good solution. Use the shielded router and some powerline ethernet adapters plugged in at that panel, with the receiving powerline adapter inside the coop. Plug the output from the coop’s adapter into another router out there, and you should be able to set up the cameras using the coop router’s wifi. It may stutter a bit, but you will have avoided burying lines or spending lots of money.

Another idea would depend on you having any other outbuilding on your property that also gets power, like a garage or a shed. You could run the powerline adapter to a router outside of that building to see if it would get a better signal to your coop.

Out-of-the-box idea: if you’re just trying to get a WiFi camera inside your chicken coop, do you have an old cell phone? 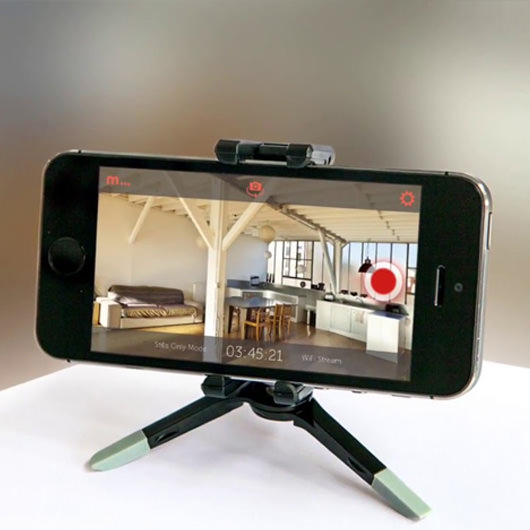 There are many plug-in-the-wall-outlet repeaters, that can be used to extend the range of your wireless router. I have one that I use in my home studio, the wireless is probably about 100 ft away.

Electric fencing is well known to amateur radio operators as a source of RF noise (even this urban ham is aware of it). I’d temporarily power it down and see if things improve.

What you need is a WIFI hot spot. You have power to the chicken coop, yes, an electrical plug-in out there, yes? The modem in the house has WIFI as most do now, yes?

WIFI hot spot plugs into the electrical outlet, communicates with the house router, and now you have internet in the chicken coop.

In my experience with powerline adapters, sub panels are not a big deal. If you have a sub panel in your basement (assuming both phases are in use), just figure out which phase is the one you want to use for the powerline adapter in the coop. Add an outlet to that phase for the powerline unit in the home. (I’ll let you figure out whether you can add a breaker or use some other method.) I’d be surprised if you don’t manage to achieve decent bandwidth. If possible, you want to avoid the phase with the electric fence power supply.

Network guy here. You’re not going to like my answer, but here you go:

Bite the bullet and run 2 (if you’re running 1 cable, you may as well run a second cable!) CAT5e (or higher) to your coop. This will give you the best/most stable solution. The one caveat would be if your run was further than 100m (300’), then it gets trickier.

Will you be able to get wifi working without a hardwire running back to your house? Maybe/probably? But how stable/usable will it be? Will it always be slow and choppy? Will your camera’s go offline intermittently? How hast will it be? 2 Mbps? 4 Mbps?

Think about the PITA (Pain In The Ass) factor of all these questions and ask yourself “you know if I would have just run a new CAT5 cable in the first place I’d never have to deal with this BS ever again!”. With a dedicated wire, you’re not going to get 2 Mbps, you’re going to get 1000 Mbps!

Trust me I’m all about using wireless in the right situation, but sometimes there is NO SUBSTITUTION for having a ethernet cable to plug into.