…If you want to be pedantic about how it doesn’t fit the legal definition, go nuts, but it was close enough for most reasonable people.

Including a unanimous jury in Federal court? Prosecutors have to worry about these things. “Most reasonable people” might not be enough.

Well, not a jury - again, as I noted, the legal definition of treason is very specific and limited.

But I have no problems with calling just about all of them traitors anyway, even if they don’t fit the narrow, legal definition. Then again, where I grew up, every soft drink was a ‘Coke’, even Pepsi.

But I have no problems with calling just about all of them traitors anyway, even if they don’t fit the narrow, legal definition.

Neither do I. That’s where the confusion lies.

Not all traitors commit treason. There are two definitions of traitor; a person who is guilty of betraying a trust, and a person who commits treason.

one who betrays another's trust or is false to an obligation or duty; one who commits treason… See the full definition

The problem is that someone sees that people are betraying their country, call them traitors, and say they’re guilty of treason, but that is drawing a faulty connection.

But yes, those who support the January 6 insurrectionists are dirty traitors, they just haven’t committed treason.

^ That’s from the US Constitution.

I don’t think there should need to be a formal declaration of war, to consider it levying war. See December 7, 1941.

A dozen people that throw rocks, are not “levying war”

A thousand that where pushed by a small group of people for months? The people that told them again and again that they need to take over the country are not just traitors, they levied war.

Those that attacked are traitors. Those that spurred them on to do their bidding committed treason.

It was a riot, and a very bad one, and those who took part should be prosecuted to the fullest extent of the law, but it didn’t come anywhere near to rising to the level of a war.

I think conspiracy to defraud the United States is an appropriate charge. The law is very clear that it doesn’t have to be financial fraud.

It was a riot, and a very bad one, and those who took part should be prosecuted to the fullest extent of the law, but it didn’t come anywhere near to rising to the level of a war .

I don’t think ‘riot’ quite fits. The insurrectionists had a shared objective against the government.

Political rioters in any country usually do.

I don’t think ‘riot’ quite fits. The insurrectionists had a shared objective against the government.

That objective is that they wanted the idiot that instigated it to be president.

So, I guess traitors. Everyone of them. Including the one(s) that instigated it.

I’ll never forget a co-worker confirming a meeting for 1/7. “Don’t forget about the meeting, that is if the country is not in an all out civil war”

While horribly planned, and it did not work like they thought it would. The instigators will use it for planning the next one.

So committing treason makes you a traitor, but being a traitor is not treasonous.

I thought it was the same thing.

Early judicial interpretation of the meaning of treason in terms of levying war was conditioned by the partisan struggles of the early nineteenth century, which involved the treason trials of Aaron Burr and his associates. In Ex parte Bollman, which involved two of Burr’s confederates, Chief Justice Marshall, speaking for himself and three other Justices, confined the meaning of levying war to the actual waging of war. “However flagitious may be the crime of conspiring to subvert by force the government of our country, such conspiracy is not treason. To conspire to levy war, and actually to levy war, are distinct offences. The first must be brought into open action by the assemblage of men for a purpose treasonable in itself, or the fact of levying war cannot have been committed. So far has this principle been carried, that . . . it has been determined that the actual enlistment of men to serve against the government does not amount to levying war.”

If they got far enough that it turned into an actual war between the United States and an armed force, that would be war. As it was, though, they didn’t get nearly that far.

But yes, those who support the January 6 insurrectionists are dirty traitors, they just haven’t committed treason.

Damn my soul if you must
Let my body turn to dust
Let it mingle with the ashes of the country
Let them curse me to hell
Leave it to history to tell
What I did, I did well
And I did it for my country
Let them cry, “dirty traitor!”
They will understand it later
The country is not what it was! *

The problem for those folks is that if treason doesn’t prosper, it keeps getting called “treason”. As John Wilkes Booth would have found out had he lived long enough. 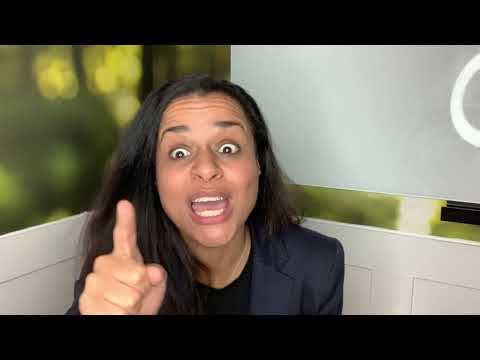 She’s brilliant and all her stuff if awesome. I wish Trumpies could watch her stuff and actually understand what’s going on.

She is but I just cannot bear hearing that voice for more that a few seconds at a time, even in a satire.

I’m actually a little surprised “The Cognitively-There Guy” hasn’t caught on as a nickname.

I submit that, unlike the Bollman case, there was on January 6 “a body of men *** actually assembled for the purpose of effecting by force a treasonable purpose” (attacking Congress to keep it from carrying out the proper process for selecting the President, indeed to change the outcome of that process) and there was “the actual employment of force” by that assemblage in furtherance of that purpose.

Stated another way, Trump and the other conspirators went well beyond “the actual enlistment of men to serve against the government” to those men (and women) acting with violent force as the conspirators intended. There’s also, unlike Burr, a heck of a lot more than “two witnesses to his having procured the assemblage.”

I also note the recitation in Bollman that “some actual force or violence must be used in pursuance of such design to levy war; but it is altogether immaterial whether the force used is sufficient to effectuate the object; any force connected with the intention will constitute the crime of levying war.” The fact that most of the firearms on January 6 were in the hands of the government forces (Capitol Police, etc.) doesn’t change that force and weapons were used en masse against government forces to violently take the Capitol building and capture or kill members of Congress and others even if the latter goal was thwarted.

Stated another way, Trump and the other conspirators went well beyond “the actual enlistment of men to serve against the government” to those men (and women) acting with violent force as the conspirators intended. There’s also, unlike Burr , a heck of a lot more than “two witnesses to his having procured the assemblage.”

Good luck proving that. I don’t think you’ll be able to. The January 6 investigators are looking into it, but I haven’t seen anything that confirms that they had formed an actual army for the purposes of armed insurrection.

Again, it’s possible that you had a right wing paramilitary group formed up and infiltrated into that mob, fully armed and trained, with a premeditated plan to use the mob to kill members of Congress and prevent them from certifying the election. I don’t think that’s the case; I think it was a spur of the moment thing and totally unorganized, but I might be wrong and the investigation may show that.

Individual 1 is about to get another round of fines for contempt of court, claiming he has no idea where 12 former staffers, whose testimony is sought, are. 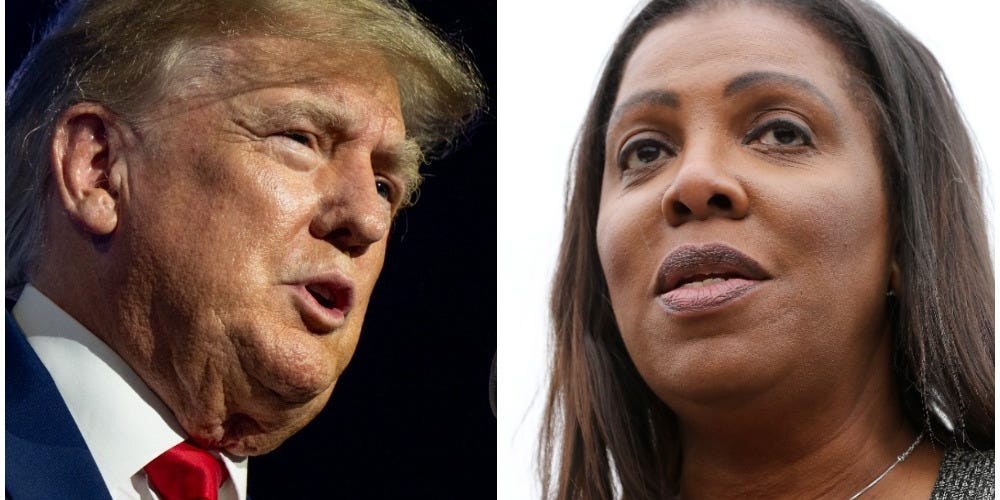 Donald Trump can't say where 12 former executive assistants are; the NY AG is...

NY Attorney General Letitia James is giving him 'til Friday to explain why a dozen one-time secretaries — who she'd like to question — are AWOL.

Reading that headline my mind goes automatically to answers like “buried under the recently constructed border wall.”

Trump can’t find his ass with both hands. I’m quite sure he has no idea where is former staffers are.