How long does it take for a parachute to fall 3,000 meters? Banzai parachuting

I emailed the Guinness book and asked them if the record was still in the book and how it had been verified.

Much credit to Guinness that replied my email in no time. I will start drinking more stout from now on

The record is approved by Guinness. And the email gives a location. (I added bold font for the important part.)

I will have to look for parachiting clubs in Davis, California, when I have the time …

The record for “longest banzai skydive” is indeed monitored in our database.

**The existing record is held by Yasuhiro Kubo (Japan), who jumped from a plane at an altitude of 3,000 m. (9,842 ft) without a parachute and in 50 seconds hooked onto a parachute which was thrown out prior to his jump on 2 September 2000 in Davis, California, USA.
**
Thank you again for your interest in Guinness World Records.

Please do not respond to this message, as it was generated from an unmonitored email account.

Reading the record as Guiness states it it also seems more realistic.

He *freefell *50s and then linked up with the chute. It doesn’t say that the chute was thrown 50s before he jumped.

There is not much more to say about this, I think.
Some web-pages misinterpreted how the jump was made. (They thought there was a 50s delay between throwing out the chute and jumping after it. But the 50sec is the time in freefall before linking up with the chute.)
The record states that mr. Kubo wore no chute when jumping out. (maybe there sere safety skydivers with tandem harnesses aorund, but that would not diminish the record to me.)
Much kudos to Mr Yasuhiro Kubo, world record holder in banzai skydiving. Go go Mr Kubo.
Much kudos to the Guinness book of world records for keeping accurate records and also the willingness to communicate via email.

I just registered to reanimate this thread. This is for all you heathens and skeptics out there.

Yasu collection nonpara Mar 21, 2017, it shows the practice runs too and main stunt: 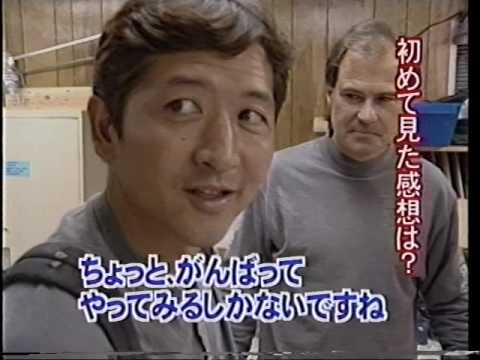 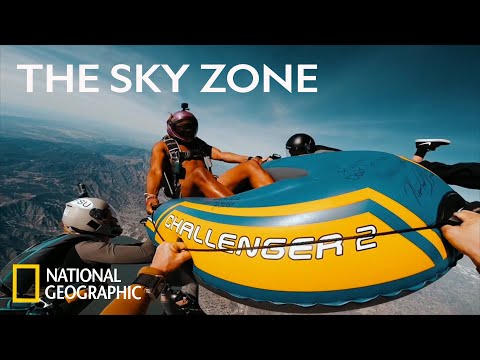 The banzai skydiving world record goes to Yasuhiro Kubo who climbed to 10,000 ft., threw out his parachute, waited 50s and jumped after it. Check it out!

Seems like a sport with not much room for error.

If at first you don’t succeed, maybe banzai jumping is not for you.

Your own video link is proof that he did not wait 50 seconds before jumping out after it.

That’s terrific, Daffy! They love it! They want more!

How so? The video says that he waited 50 seconds before jumping. It also says at another point that there was almost one minute in difference in the time they left the plane.

The video says that he waited 50 seconds before jumping. It also says at another point that there was almost one minute in difference in the time they left the plane.

At 1:09 the 60 second timer starts immediately, once the parachute is thrown from the plane. Three seconds later, the next camera shot is of the jumper. He is already outside of the plane, and the timer is at 57 seconds. If the emphasis was supposed to be on how long he waiting inside the aircraft, that’s what the timer would have shown. At 3:32, there is an infographic depicting the time it takes to get from the airplane to the parachute–50 seconds at 3000m, and 60 seconds at 3500m. And even then, he gets there much sooner. He just waits longer until he pulls the ripcord.

Also, did you notice that the second jump, the timer starts out at 50 seconds. This is the lower altitude jump, and the SHORTER duration. Think about that for a second. If the record had to do with the length of time a person waited inside of the aircraft before jumping out after the parachute, then why is the shorter amount of time the record? Why is 50 the record, and not 60? Why is the 50 seconds from 3,000m the record, but 60 seconds from 3500 is not? He did both in the video.
The answer is because the shorter amount of time, and the lower altitude is more difficult. To beat his record, a person will need to throw out the parachute at 2500m, and will only have like 40 seconds to catch it and deploy the chute.
I’m not sure why this is getting so misinterpreted. Even Guinness explains what the guy actually did. He certainly didn’t wait an entire minute before jumping out after the chute.