I love this British shit and I move move to England!

This might be why you seem to think it’s a tory/right wing comedy, I never ever thought of it as such, it did represent itself this way: Brittas is a well meaning character oblivious to the world around him, with all the standard management tropes we know and hate, and is a parody of that sort of person.

Yeah, I didn’t think of it that way at the time either. I’m just saying, rewatching it now, it did seem to be making fun of the whole “Health and safety / regulations GONE MAD” and similar tropes that we mostly associate with the right-wing now. I would agree though that it’s more about management-speak and following overly bureaucratic rules though. And, in fairness, it’s only in the intervening years that fighting political correctness has become the frequent rallying cry of one side of the political aisle.

BTW the other answer to “Name a right-leaning comedy” is probably South Park, though again no-one ever thought of it that way in its heyday. But it has that slant, and I know the writers have now repudiated some of the political views implied through the show (e.g. “man bear big” indirectly espousing the view that climate change was being massively exaggerated just because Al Gore craved attention).

Anyway, sorry for the potential hijack.

That’s a standard trope for a great many successful British sitcoms: a central character’s social aspirations are repeatedly frustrated, often because they’re driven to absurd/unrealistic extremes. You can see the pattern as far back as Hancock’s Half-Hour in the 50s, and in many since.

We seem to find it funny when someone “gets above themselves” and ends up put down as a result, or at least still stuck in their humdrum existence. Come to think of it, it’s there in Shakespeare’s Malvolio. I’m not sure it works so well for believers in the Great American Dream.

I remember when a&e was running English shows on its “mystery Mondays” they had things like a touch of frost… the anna lee series j.brent as holmes, Lovejoy, and this one … I thought it was bleak as hell… sort of hard picturing hagrid in cracker …

There was a glorious time when BBC America actually showed programmes from the BBC, ITV, Channel 4 and other UK broadcasters.

I would say that South Park is not a right wing comedy, it’s an alternating wing comedy, it doesn’t do balance, it does extremity. It does valid points from both sides, regularly targets right wing idols such as god and trump (the original jesus vs santa) and a bunch of other things, as well as taboos from the left (trans athletes having advantages, love of cannabis, pc babies). Stan usually has some sane monologue to cover the sensible side of things.

I see no one’s recommended The Thick of It yet. Peter Capaldi was brilliant in it

Not surprised. Some (not all) of his episodes as the Doctor were among the best in the series’ whole 50 year history. I regularly rewatch his speech on war, in “The Zygon Inversion”. And in one scene of “The Husbands of River Song”, he and Alex Kingston put on a workshop on acting with your face alone: 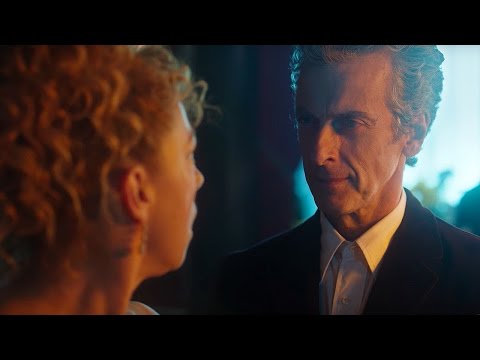 Its also time that I mentioned the Alan Partridge serieses. Based on a too-real fictional broadcaster, there has been a succession of TV shows [and earlier radio stuff you can track down on Audible and Youtube], plus books that chart his career and private life.

As with much British humour, can be completely not your thing, and it is the comedy of awkwardness and social misjudgement so may be a long wait between obvious gags. But as an arc based on an evolving character its genius.

Green Wing is available on the Fawesome app–free with commercials. Went looking for it after seeing Michelle Gomez in The Flight Attendant.

Its also time that I mentioned the Alan Partridge serieses. Based on a too-real fictional broadcaster, there has been a succession of TV shows [and earlier radio stuff you can track down on Audible and Youtube], plus books that chart his career and private life.

As with much British humour, can be completely not your thing, and it is the comedy of awkwardness and social misjudgement so may be a long wait between obvious gags. But as an arc based on an evolving character its genius.

Some (not all) of his episodes as the Doctor were among the best in the series’ whole 50 year history. I regularly rewatch his speech on war, in “The Zygon Inversion”

Capaldi’s run had some of the best and some of the worst Who episodes, sometimes together as two-parters. “The Zygon Invasion” was stupid; “The Zygon Inversion” was brilliant. “Heaven Sent” was one of the best bits of writing from the show we’ve seen; the second part “Hell Bent” was distinctly incoherent and weak. Sometimes you just get what you get.

Back on topic, I’m just going to ask: Did anyone other than me see the very short-lived BBC3 series The Wrong Door (and if so, did anyone other than me like it)? Weird but extremely creative and dark (and CGI-heavy) sketch show. Train pirates, dinosaur boyfriends, clown spies vs ninjas, Ikea as Narnia, and some really disgusting superheroes - it had it all.

Its also time that I mentioned the Alan Partridge serieses.

Going back further, he’s an offshoot of The Day Today, one of the best comedies of the 90s which parodies TV news The Day Today - War which came from the radio comedy On the hour - Downloadable mp3s

Also, where the On the Hour show came from: fourble.co.uk has masses of UK comedy radio to download: Mitchell and Webb, Alexei Sayle, Fist of Fun, Absolutely, Mark Steel, Sean Lock and Chris Morris and lots of very old stuff such as Dads army and Likely lads.

I see no one’s recommended The Thick of It yet. Peter Capaldi was brilliant in it.

Ah yes, brilliant political comedy. By the same writer as VEEP, but about British politics, and with considerably more adult language.

fourble.co.uk has masses of UK comedy radio to download

I’ve been listening to a couple of episodes of My Word and My Music – very pleasant, light quiz shows that I used to listen to regularly many years ago.

Good Lord, A Life of Bliss, there’s a blast from the past. But I see they also have Hancock’s Half-Hour (the Sunday Afternoon episode is a classic, and a reminder of the Sundays of my childhood). And Round the Horne, still worth a laugh now (as anything would be, with Rambling Syd. Lotus Blossom and J. Peasemold Gruntfuttock).

There is a common comedic thread through a substantial amount of the comedy that I enjoy.

Just considering Armando Ianucci and his collaborators off the top of my head I get:
The Day Today
The Mary Whitehouse experience (Radio)
Fist of Fun (radio and TV)
Big Train
Father Ted
The IT crowd
Black Books
Stewart Lee (just in general)
This Morning with Richard (not Judy)
Brass Eye
Jam/Blue Jam
Alan Partridge (plus all spin-offs)
The Thick Of It
Veep
Peep Show
Mitchell and Webb (“sound” and “look”)
John Finnemore (Cabin Pressure and Souvenir programme - both Radio)
Armstrong and Miller

And no doubt a multitude of others that slip my mind but there is definitely a common thread running through all of those. When you start looking through the performing and writing credits on those shows you see a lot of names that are familiar and a huge amount of cross-pollination that means if you like “A” on the list above there is a decent chance you’ll like “F”

These are the duo Stuart Lee and Richard Herring, who actually were on the radio show On the Hour which invented Partridge, but left over rights issues before it made it to TV with The Day Today. A common connection here is Peter Baynham who featured on Lee and Herrings things such as Fist of Fun, but also was involved with writing Borat, Brass Eye, Partridge and a lot of other stuff.

However, what I was going to mention is the weirdly named Lionel Nimrod’s Inexplicable World
is also Lee and Herring etc. Also available on fourble (along with L&H radio show and Fist of fun radio series). Stewart Lee was involved with the controversial Jerry Springer the Opera too.

I quite liked Absolute Power about an amoral PR firm. It was a radio program and a tv series.

Libertarian, most likely. Both Parker and Stone have said repeatedly they hate hypocrisy above all and are eager to call out Dems and Cons, both the parties and the adherents, as they see it.

King of The Hill is solid conservative comedy (soft c).

Comedy shows I haven’t seen mentioned yet:
Look Around You (bizarre spoof on educational TV)
Nighty Night (black comedy about a woman who wants to kill her husband and steal someone else’s)
Hunderby (bizarre spoof of Jane Eyre/Wuthering Heights)