I watched the movie "Cats" so you don't have to

Oh, that ones easy. I’m paying oomphteen million to have these big stars in the film, you are going to recognize their faces.

They did the same thing with Mowgli and the producer said (loosely) “Why would you want to have Christian Bale in your movie and not see Christian Bale?”

Uh, because a panther with Christian Bale’s face looks dumb?

A Star Is Born.

One of the dumbest parts of the movie is when Taylor Swift is singing “Macavity,”

Are we sure she isn’t singing “Mycavity”?

The decision to put people like Dench, McKellen and Corden in key roles, though, was a horrifying error, because they CAN’T SING.

For me, a Broadway show (or one adapted into a movie) is mostly about the quality of the music - the songs, lyrics, overture, orchestral interludes. And Cats is very good. Say what you want about Andrew Lloyd Weber, his music is usually tuneful and interesting.

The other things, like the book of the musical, staging, casting can add or detract. In Cats the musical, it was somewhat unsettling with its staging of a dark junkpile and creepy cats cavorting. In the movie that unsettling was full-blown disturbing.

Cats in some ways comes across like a Review - a collection of songs with the flimsiest of plots. I don’t mind that myself. Cats has the over-arching theme of choosing the cat to be reborn, and with the pathetic (pathetic in a bad way) Grizzabella this concept doesn’t work (or wasn’t realized very well) to provide a satisfying resolution to the whole thing.

One of the goals that was unlocked in Rifftrax’s latest Kickstarter campaign was a riff of Cats. I’m waiting until that’s out before I’ll even contemplate watching that movie.

Why not cast some of them?

Dench being involved was the product of a casting gag. She was supposed to play Grizabella in the 1981 London production but had to pull out due to an injury. 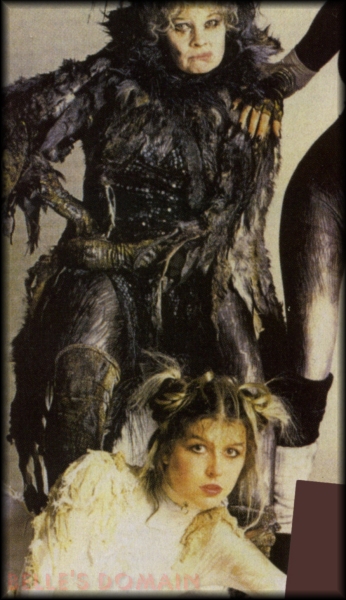 I’ve seen the musical more times than I’d like to admit, in London, on Broadway and in Philadelphia. My kids loved it - Cats is an excellent introduction to musicals for kids.
But when I saw the trailer of the movie I said no flippin’ way am I going to see that.
Interesting about the costumes. I never had any trouble keeping the characters apart on Broadway. And one time we wound up in a box with the actors crawling on the railing right in front of us, and the costumes work even that close.
Good to know that the full movie is as bad as the trailer makes it out to be. Truth in advertising!

And the name actors in the movie (Densch, McKellen, Corden, Swift, etc) …

Casting Taylor Swift makes sense. She is, after all, a singer, and I agree that the music should be the first priority in a show like this (I just like my musicals to have really great music and also a good plot etc., because why not).

As for seeing the actor instead of the role, that depends a lot on the actor, and many skilled actors can disappear into a role. Many’s the time I’ve said “Wait, that was Gary Oldman!?”, or the like. And in this particular piece, that should have been really easy, with the cast all playing members of a completely different species.

I have seen Cats in the theater a couple of times. Whether it is good or not is entirely dependent on the singing and dancing, because that’s pretty much all the show is.

If you’ve never seen it and want to, there is a much better version on DVD which is actually just a recording of the stage play, but performed specifically for film. Elaine Page, who was the big star in the Broadway production, is Grizabella. All the dancers and singers are excellent.

It’s not high art, but if you like singing and dancing to catchy tunes, this has got it.

“Cats” was the worst movie I have seen in twenty years. Maybe ever. I can honestly think of only two movies I’ve ever seen that were this bad; “Battlefield Earth” and “Highlander II,” and there is a reasonable argument to be made that “Cats” is worse.

I believe the only response to that is “Daaaaaaaayyyyyyyuuum.”

But seriously, while I’ll give you Battlefield Earth, it’s hard to believe (having not watched Cats ‘the Movie’), I’ll raise an eye at worse than Highlander 2, if only because it manages by it’s suckitude to ruin a perfectly fine movie retroactively, in making Highlander (original) worse by association. But that’s well within the gimme in the section quoted.

Having said that, I’ll agree, that my enjoyment of musicals is about 80-90% music, 10-15% spectacle, and 5% plot. If you’ve crippled the music in favor of star power, I’ll join the rest of the board so far and give your efforts a resounding ‘WTF’. Or point to the “The Pirates of Penzance” movie that had good movie, good actors who could live their roles, and didn’t go out of it’s way to take itself seriously.

Is that the way the show was written, or is it due to the musical limitations of the actors?

Is that the way the show was written, or is it due to the musical limitations of the actors?

It was because of the actors. The songs are REALLY screwed up in the movie.

The songs in the show are honestly really good, but require real professional singers to pull off.

If you can handle a one-hour video, this YouTube channel, which specializes in technical analysis of music in film, produced an extremely detailed deconstruction of how the music of Cats works in the original stage show, and how it was mishandled in the film adaptation. It’s really worth the watch, even if the presenter is occasionally annoying in that “hyperbolic YouTube voice!” way. 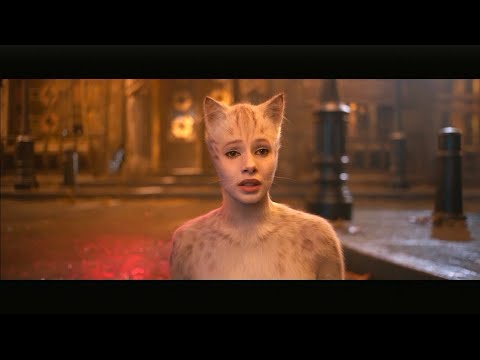 They really, really should have animated it like they were planning to in the 90s. (Steven Spielberg’s Amblimation was attached to the project, but Amblimation folded and made it moot. Here’s a page with some concept art and character designs. At one point they’d planned to set it in London during the Blitz. Other art reflects a shinier, more intact London, some of which seems reflected in the 2019 movie. There were also plans at one point to have animated figures on three-dimensional backgrounds.

If they’d animated it, it would have carried off the whimsy and wonder of the stage version, rather than being weird and off-putting. And just think of what you can DO with animation. Imagine “Memory” performed with impressionistic, dreamy views of Grizabella’s past self, contrasted with her broken-down present.

And as for making a framing story work…a YouTube commenter suggested that it could be framed as a story that little Thomas Eliot’s mother or nanny is telling him, to explain why his cat has gone out wandering tonight. I liked the idea, but the time frame is off–Gus looks back to “the days when Victoria reigned,” but Victoria WAS reigning when T.S. Eliot was a boy. So my own idea is this:

Perhaps this framing part will be in live action, but T.S. Eliot is visiting family friends, which include his small goddaughter Susanna. She tearfully tells her “Uncle Tommy” that her “dear little cat” has wandered off. “Your…Jellicle cat, you say?” Eliot laughs. “What’s a Jellicle cat?” Susanna asks. “Jellicles, my dear, are a very elite tribe of cats…and tonight is the night of the Jellicle Ball. The Jellicle Moon has risen, and any cat with Jellicle blood feels its call. Your cat is probably on her way there right now…” Susanna is intrigued. “Tell me more, Uncle Tommy…” And we go into animation as Susanna’s white cat Victoria slinks away from the house and towards the site of the Jellicle Ball, as the music of the Overture begins. As it continues, we see more and more cats slinking through the London streets, from grand houses and humble ones, from alleyways and streets, until they reach the place where the Ball is to commence…

We could still have Victoria as the viewpoint character, as Munkustrap explains to her the purpose of the Ball…not just to choose the cat who will be reborn, but to introduce themselves to the newcomers like her, of which there’s one or two every year. (That would sidestep that whole thing of “these cats are auditioning for death”. Instead, they’d be explaining themselves and their lives to her.)

And Old Deuteronomy would be voiced by the same actor who plays T.S. Eliot.

They really, really should have animated it like they were planning to in the 90s. (Steven Spielberg’s Amblimation was attached to the project, but Amblimation folded and made it moot. Here’s a page with some concept art and character designs.

Then again, you could have done it with Legos and it would have still been better than the film we got.

O you who chase the squeaky toy and pounce on little birds with joy,
Consider Mr Diggy, who was once handsome and tall as you.

And it’s very, very seldom that you’ll see a stage show of Cats get Mr. Misoffolees’ gender right (the one exception I know of is when it was done by an all-girls high school).

Not sure what you’re getting at. Is the character not male?