…it’s a bit disingenuous to be all like “why all the controversy? Of course we don’t actually worship Satan! How in the world did anybody ever get that idea??”

Where are you seeing this attitude expressed?

All I’m saying is, I agree with the stated aims and intentions of TST, but when you couch your message in the name of satan, and use a lot of satanic iconography in the process, you can’t be too awfully surprised that a bunch of Illinois parents of school children don’t automatically say, "ohhhh…I see what they’re trying to do- they’re being deliberately provocative in order to challenge our preconceived notions, so that we and our precious children will be encouraged to practice “benevolence and empathy, reject tyrannical authority, advocate practical common sense, oppose injustice, and undertake noble pursuits.” How clever of them to do so in such a manner! I would not have gotten the message otherwise!

The goal isn’t necessarily to get them to recognize our “benevolence and empathy”. Like I said earlier, we could attempt that by calling it Empathy Club.

The goal is to get them to say “Ooooh, how can we get this vile satanic religion out of our schools?” And then the lawyers and judges and school board and local lawmakers reply “We can’t, unless we get all religions out of the schools.”

So the Good News Club and the After School Satan both lose the ability to harass and indoctrinate kids. It may look like a loss for both sides, but of course it’s what TST intended.

If a couple of observers note that the “Good News” literature consists of shame and guilt and threats of hellfire, while “Satanism” brochures are all about empathy and critical thinking, then we’ve given someone something to think about. But that wasn’t the primary goal.

Right. There is nothing subtle about it. Many examples over the years. Here’s one of the most recent:

I can’t find any follow up on this, and no local news reports at all.

Where are you seeing this attitude expressed?

OK, I was exaggerating to make the point that on one hand, they call themselves The Satanic Temple and use a lot of satanic iconography, then on the other hand say, no, we don’t worship Satan, nor do we believe in the existence of Satan or the supernatural. It’s a bit of cognitive dissonance, as I’ve said. I understand their stated reasoning for doing so, and no, I’m sure they’re not at all surprised when the medium in which they’ve couched their message causes controversy.

Pretty much the same as the Satanic Temple, only with rummage and bake sales.

Yes, it’s true we UUs are all agents of Satan, but our duties are largely ceremonial.

Ask about their jihad.

Shhhh…that’s supposed to be a secret. Are you telling people about our handshake too? I’m a Christian UU, and I’ve got no quarrel with the Satanic Temple. To me the true followers of Satan (who I see as a metaphor for the potential for evil in all of us) are many of those who adopt Randian philosophy.

I suspect the same thing about the name.

The band Black Sabbath named themselves after a classic horror movie.

It’s only shocking to Christians. Which is rather the point. I mean, would you have started this thread if it had been the “Temple of Loki?” How about “Church of Iblis,” would that have raised an eyebrow? Maybe “Temple of Mara” would have aroused your ire? No? Doesn’t even ping the radar? Color me shocked.

Also really snickering over the concern trolling that the Satanic Temple might be turning converts away with their messaging. I’m sure they’re shaking in their cloven hoofed boots over THAT.

It is a horror movie, yes. Not so much on the “classic” side tho.

I feel bad for the real, pious, hardcore satanists. They’re out there, right? Maybe this situation will allow four goth girls and a boy who dresses like Dracula to form their own after school group!

four goth girls and a boy who dresses like Dracula

I feel bad for the real, pious, hardcore satanists. They’re out there, right? Maybe this situation will allow four goth girls and a boy who dresses like Dracula to form their own after school group!

Alas, ever since Jack Chick went to his faceless Lord, we at the Dope have sort of lost track of how the devil-worshippers are doing in the matter of running amok in our public schools.

(Though from the looks of things, what self-respecting Lord of Darkness would even want to be associated with the managerial and pedagogical mess those are…)

I got this email yesterday (just found it):

Tune into Tucker Carlson tonight to watch Lucien Greaves, TST spokesperson and cofounder , discuss our ongoing campaign, The After School Satan Club. The club provides a space for children to explore self-directed education.

To learn more about our After School Satan Club campaign, click here.

Thank you for your support!

Did anyone watch, by chance? 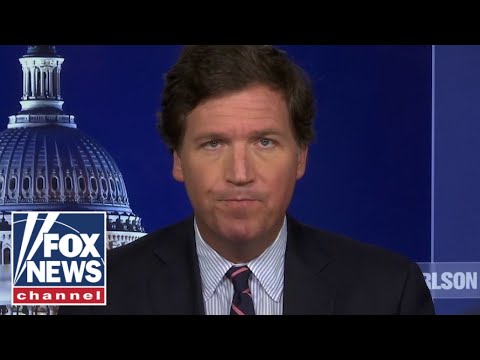 Maybe this situation will allow four goth girls and a boy who dresses like Dracula to form their own after school group!

Some of the fun religions are not really suitable for children, and, anyway, remember what Crowley said:

Even after affiliation, you would not meet anyone unless it were necessary for you to work in cooperation with them. I am afraid you have still got the idea that the Great Work is a tea-party. Contact with other students only means that you criticize their hats, and then their morals; and I am not going to encourage this. Your work is not anybody else’s; and undirected chatter is the worst poisonous element in a humane society.

Well, were I to believe in such a thing as Satan, I think he just broke out of hell!
Did you see the size of the eruption in Tonga? Whew

We also walk the fine line between confusion and indecision.