To do it right, the cinematographer hand-holds the camera and tries as hard as he or she can to not shake the camera.

But this reminds me of the steroid-addled super annoying brother of shaky cam - endless moving cam. Damn, Tony Scott, hold the fucking camera STILL. Unstoppable is Unwatchable because of that. The camera, as well as the train, was certainly unstoppable, that’s fer sure. I do not think there is a still shot in the entire movie!

The human eye and brain just don’t track jerkily - the effect is one of smooth transition.

That ship seems to have mostly hit a reef; the few new movies I see these days don’t offend in that respect, which may reflect my lack of devotion to true directorial artistry.

Maybe when it is done right, you don’t see it.

The human eye and brain just don’t track jerkily - the effect is one of smooth transition.

True. But a hundred years of documentaries have taught us to accept inadvertent or unavoidable movements so we don’t notice them. It’s the ‘Ooh! Ah! Look! Cinéma vérité!’ fakery that we notice because it is a conscious attempt to fake natural movements.

The Korean movie Sympathy for Lady Vengeance was originally released in color, but there’s a Fade to Black director’s version whose color gradually fades as the storyline gets darker, Amazingly effective!

In the Netflix documentary series Five Came Back, John Ford, under fire and probably scared shitless uses a handheld camera to film the actual Japanese air attack on Midway. Of course, the footage was shaky, but it was all he had. Regardless, The Battle of Midway not only won an Oscar, but trained the audience to associate the shaky camera with realism. Other war documentarians stopped worrying about shaky footage and nothing ended up on the cutting room floor just because a cameraman under fire couldn’t hold his camera steady.

Then, a few years later, John Houston was sent to Italy to document the siege of San Pietro, but by the time he got there, the battle was already over. With the help of the US Army (who apparently had ammo to spare and nothing better to do) the battle was restaged for Houston and his crew. After previewing the first day’s footage, Houston knew something looked wrong. His cameramen had reverted back to Hollywood standards now that they weren’t being shot at and men weren’t being blown away around them. Audiences would see right through his fake battle. So, the next day his crew started shaking the cameras on purpose.

Then there’s shaky-cam used in the ‘found footage’ genre, in which the conceit is that a character in the movie is doing the filming on a hand-held video cam (a couple of the most notable examples being Cloverfield and The Blair Witch Project). It’s a technique appropriate to the genre, even if the genre itself is far too overdone these days (‘The Blair Witch Project’ seems to have spawned a million B-movie ‘found footage’ horror knockoffs).

This video will drive some of you crazy! https://www.youtube.com/watch?v=-z3iyydFevQ

Or The Grand Budapest Hotel for that matter (uses three different aspect ratios.)

It looks like Joel Coen’s new version of Macbeth is going to be in the “Academy ratio” the OP hates and in black an white. And filled with incredibly artsy shots in unlikely and impractical settings. 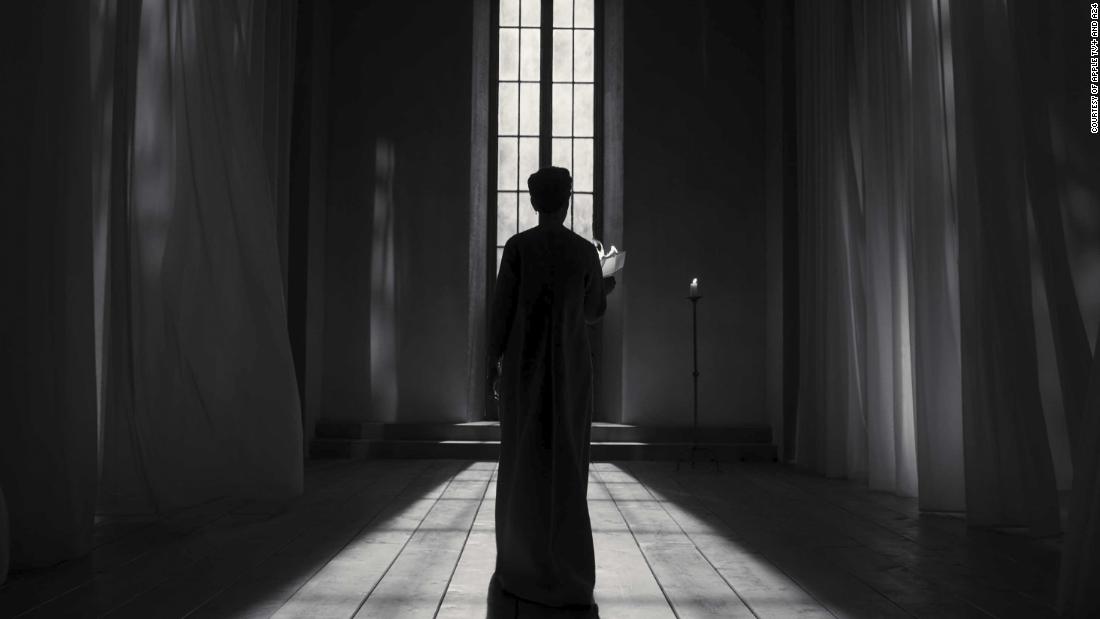 'The Tragedy of Macbeth': Joel Coen's Shakespeare adaptation looks unlike any...

It looks like Joel Coen’s new version of Macbeth is going to be in the “Academy ratio” the OP hates and in black an white.

Christ. Yes, ok, I hate the Academy ratio. ‘Citizen Kane’? Pure trash, made by a hack! If Orson Welles was so groundbreaking in his cinematic techniques, why didn’t he invent Cinemascope, huh? ‘Casablanca’? Unwatchable in that bogus aspect ratio!

I guess I should have been prepared to take my lumps from cinemaphiles with my OP, and my subsequent mea culpa admitting that maybe I shot my mouth (fingers?) off without really knowing what I was talking about is either not being noticed or is willfully ignored. Fine.

But I will say, it is possible to appreciate an older style of something without feeling that it needs to make a comeback. My original point, however right or wrong it may be, was that I didn’t like the seeming trend of certain modern movies to film in a narrow aspect ratio, NOT that all movies ever made in ‘Academy’ or whatever narrower ratio are bad. Horse-drawn carriages were a great way to get around before the automobile, and to this day it’s fun and romantic to take a horse-drawn carriage ride with a significant other, but if someone tried to convince me to go with a horse-drawn carriage as my primary means of transportation, I would be skeptical, to say the least.

And I did further allow that, in the right hands, such as a Joel Cohen, perhaps stylistic choices such as a 1.19:1 aspect ratio may be an excellent choice for his storytelling technique; and that I should probably actually watch ‘The Tragedy of MacBeth’ before I pass judgement.

Christ. Yes, ok, I hate the Academy ratio. ‘Citizen Kane’? Pure trash, made by a hack! If Orson Welles was so groundbreaking in his cinematic techniques, why didn’t he invent Cinemascope, huh? ‘Casablanca’? Unwatchable in that bogus aspect ratio!

Dammit! I did a search to see if Macbeth had been mentioned and found nothing, but there it is in the OP. My apologies.

More recently, the same things could be said about “The Artist” (which was also mostly silent, and yes, I’m aware it was a gimmick) and “Nebraska”, which was set in the present day but shot in B&W regardless.

I have not seen “Brokeback Mountain”, but I heard that it did something similar.

If you’re assuming that IMAX is wider than normal, you’re incorrect. The original IMAX film ratio was 1.43:1. Cite.

When they introduced the first IMAX digital projection system in 2008, it used two modified Christie digital projectors with the standard 1.90:1 ratio. The vast majority of IMAX theaters in multiplexes still use this system.

Later they released the first-gen IMAX laser system with a proprietary vertical anamorphic stretch to expand the native 1.9 digital image to 1.43. These were installed mostly in museums and a few multiplexes that had had the original film projectors and still had the tall 1.43 screens. The newest IMAX laser system (the majority of IMAX lasers in multiplexes) can only project at 1.9, not 1.43.

Note that 1.9 is the native ratio of all digital cinema projectors, IMAX or otherwise.

As some posters above have mentioned, many modern films are released in wider ratios, mostly 2.39 (“scope”), including some that are released to IMAX theaters. This is done by letterboxing the top and bottom and bottom of the screen.

For the past few years, IMAX has been making a big deal about some films having scenes in the “IMAX ratio,” by which they mean 1.9.

Back in the pre-digital era, when IMAX was releasing Hollywood movies on IMAX film, some of them – notably Chris Nolan’s Dark Knight films – had scenes shot on IMAX film that expanded from scope to the full height of the 1.43 screen. This was quite stunning.

But the expansion from 2.39 to 1.9 is much more subtle, barely noticeable, really. And to call 1.9 “the IMAX ratio” is bullshit that verges on false advertising, IMHO.

It’s no wonder Calvin developed behavioral issues and hallucinated a talking stuffed tiger, what with his dad gaslighting him his entire young life.

Hobbes is not an hallucination. Nor does Calvin have behavioral issues. Dad’s explanation of colour is serviceable enough for the non-specialist.