I wonder how much of Crystal City, VA could be technically regarded as being a single building. “The Underground” a retail mall, with tunnels leading to the subway, apartments, and several office buildings, also comprises the foundations of many of those buildings. So although they may have different owners, and management entities, there’s an argument to be made that they are all one, just as there could be for the former Kowloon walled city.

How many people that would be I have no idea. I had co-workers there who called themselves “moles” because they seldom went outside from November to March, preferring to shop, eat, and travel to and from work through the tunnels.

That also applies to the downtown areas of many cities, such as Toronto and Montreal. If you include vehicles that you can enter and exit without going ‘outside’, you can stretch that definition to quite a bit of Toronto, including the largest airport.

There’s also the mining town of Fermont, Quebec, noted for much of the town being inside a single long building designed to shelter the rest of the town from the subarctic winds…

Fermont (/ˈfɛərmɒnt/) is a town in northeastern Quebec, Canada, near the Quebec-Labrador border about 23 kilometres (14 mi) from Labrador City on Route 389, which connects to the Trans-Labrador Highway (Newfoundland and Labrador Route 500). It is the seat of the Regional County Municipality of Caniapiscau. Fermont (French contraction of "Fer Mont", meaning "Iron Mountain") was founded as a company town in the early 1970s to exploit rich iron ore deposits from Mont Wright, which is about 25 kilo...

That also applies to the downtown areas of many cities, such as Toronto and Montreal. If you include vehicles that you can enter and exit without going ‘outside’, you can stretch that definition to quite a bit of Toronto

Crystal City is a little bit different in that the foundations were actually built as part of the tunnels/mall. Large parts of it were all laid down together. Possibly also the big hotel by the subway? I’m not sure about that one.

They called it “Superblock” construction, and they used that term more inclusively than folks do today. Each grouping, the size of 4-5 normal city blocks was meant to be self-sustaining, with residences, retail, offices, etc. all connected by the underground. No land within the superblock was “wasted” on roads. Obviously, roads had to be retroactively fitted, and driving through there is a complete nightmare now.

The Indianapolis Speedway seats 257,000 with the permanent grandstand. They sometimes put up temporary grandstands in the infield, which increases the capacity to about 400,000, for an event that’s only held once a year.

It’s an exceedingly small town - about 200 people. But interesting in that everything from the post office to the school to the living quarters are all in one big apartment building: 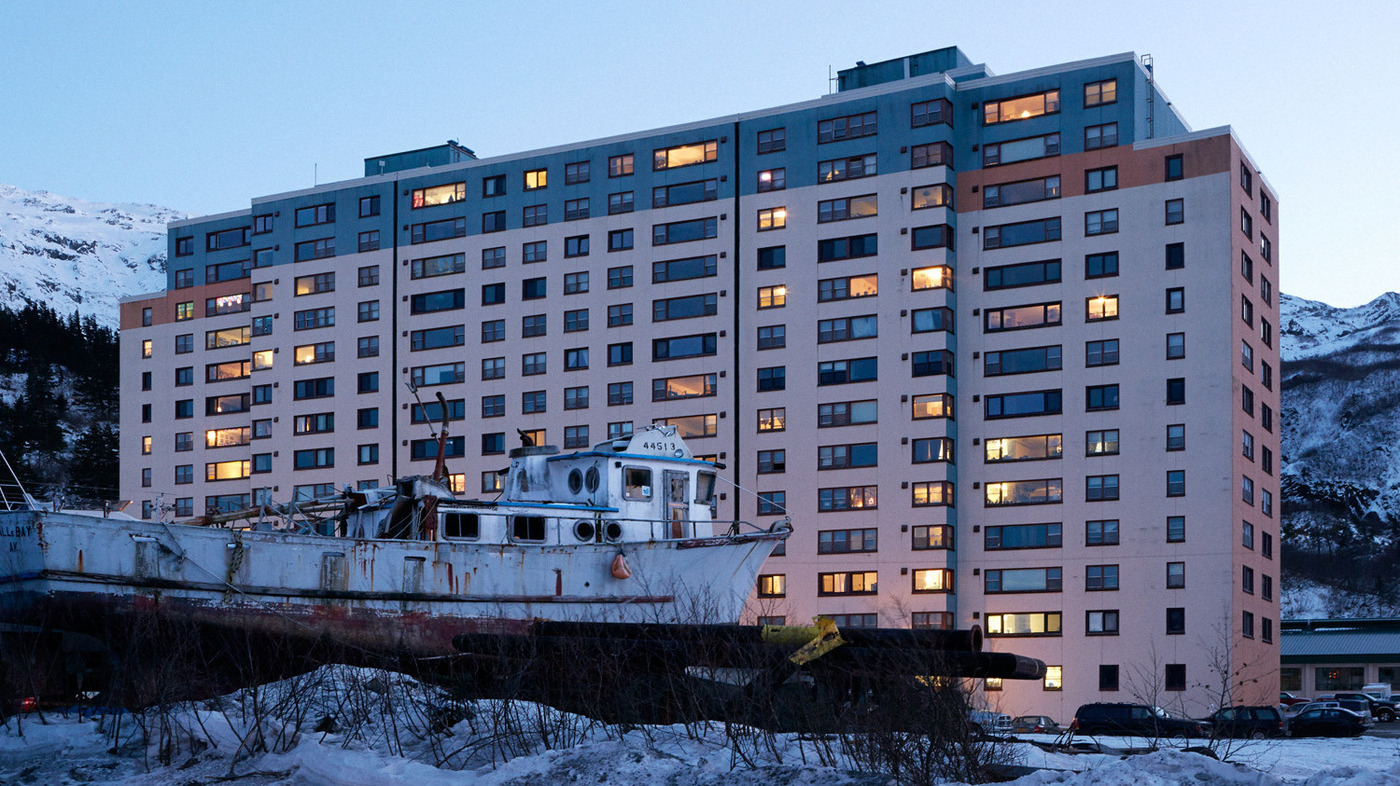 Welcome To Whittier, Alaska, A Community Under One Roof

This sleepy town on the west side of Prince William Sound is remote, and it's hit with brutal winter weather every year. Most of the residents live in a single 14-story building called Begich Towers.