A Call to Spy. Really good, I wish it had been longer to fill up some questions, but overall, good. If you read and enjoyed The Alice Network, you will like this.

Too bad it’s only on Hulu.

Yeah, this was a beautiful movie and should have been in theaters.

Yeah, this was a beautiful movie and should have been in theaters.

Is it possible that the success of Prey might lead to a theatrical release? I’d love to watch it in a theater.

Is it possible that the success of Prey might lead to a theatrical release? I’d love to watch it in a theater. 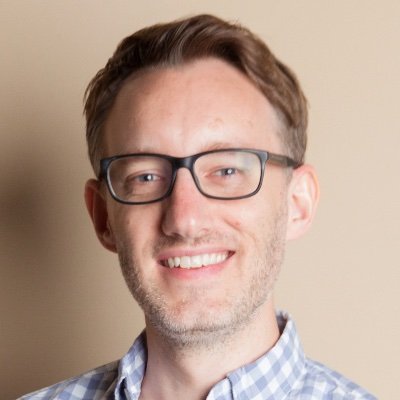 @adambvary
@misterpatches It's the grandfathered 20th Century Fox/HBO deal; same reason Free Guy went to HBO Max instead of D+. All 20th titles that originated pre-merger w/theatrical release must go to HBO Max. If PREY got a theatrical release, the same would happen. AND THAT IS FORBIDDEN, apparently.
ftg August 7, 2022, 2:30pm #4664

Mrs. Harris Goes to Paris. A 1950s London cleaning lady decides to go to Paris and order a Dior dress.

Okay. First off. It is a total fantasy movie. Just … don’t … think… too … much … about … it. Mrs. Harris makes the typical manic pixie dream girl look like a total piker while being significantly older.

Still mainly interesting to watch. Good cast. It even has a lesser role for Jason Isaacs. (Somebody get him off that awful Good Sam and bring back Case Histories!) The stories of the other characters make it a lot more interesting.

I watched the original Predator last night, as an appetizer before watching Prey. It was about what I remembered (neither better nor worse), but enjoyable enough. I don’t think I knew who Stan Winston was when I originally saw it, so it was cool to see his name pop up in the VX credits.

I also watched the first half hour or so of Predator 2, and it was so awful I turned it off.

Uncharted on Netflix. Mark Wahlberg, Tom Holland. Also Antonio Banderas, who must have been relieved to exit this turkey. Stoopid plot, and snappy dialog that just fell flat. As in every single fucking time. Paul Rudd, these guys ain’t.

Bridge of Spies Tom Hanks stars and its directed and co-produced by Steven Spielberg.

Came out in 2015. It’s not a typical Tom Hanks thriller. It’s based on the true story of attorney James Donovan who defends Russian spy Rudolf Abel. Abel is convicted and Donovan comes under intense public anger for representing him.

U2 pilot Gary Powers is shot down & captured. Donovan is asked to unofficially negotiate a prisoner swap for Abel…

It gets very complicated when Donovan is asked to also include a Graduate student in the trade. Frederic Pryor had been arrested in East Germny 6 months earlier.

Donovan has to negotiate with East Germany for Pryor and the Soviets for Powers. Meanwhile the State Dept doesn’t care about Pryor.

Fascinating story and Donovan shows incredible resolve. He doesn’t have any official status. The state dept would deny knowing him if the deal goes bad. It’s all true.

Pryor comes home, gets married and had a long career as a professor. He just died a couple years after the movie release. (Wikipedia).

Hanks gives a superb performance as Donovan. I highly recommend this movie.

The movie is now extremely relevant because similar negotiations are being made for Brittney Griner. There’s other American prisoners in Russia that could be a part of the deal.

It’s much better known than Hank’s movie. I had never seen either movie.

Julia Roberts delivers a great performance as a Law Student that discovers the motives for the assassination of 2 Supreme Court Justices.

The entire cast is excellent.

A great must see thriller.

The assassination may have seemed far fetched in 1993. Not anymore. The entire Supreme Court are currently at risk.

I went in to it with low expectations. Thought it would be a stupid fantasy/sci-fi film with poor CGI. I’m pleased to say I was wrong. It was a good film, with a clever story.

I greatly, greatly enjoyed that film, but it made me so tense that I don’t want to rewatch it, even though I know the entire plot.

I went in to it with low expectations. Thought it would be a stupid fantasy/sci-fi film with poor CGI. I’m pleased to say I was wrong. It was a good film, with a clever story.

It was fun, though I don’t have a lot of lasting memories of it. I do remember that as the pandemic began, it was one of the earliest theatrical movies to quickly come to streaming.

My 3rd movie Today, The Fugitive with Harrison Ford and Tommy Lee Jones. I finally got around to watching it tonight on Sundance channel.

It reminds me of The Coyote and Roadrunner.

It is a good movie. Best scene is when Kimble has to take a trauma patient to x-ray. He just couldn’t ignore the kid’s misdiagnosis. It speaks so strongly to the basic integrity of the character.

Kimble’s investigation of the one-armed man and the medical conspiracy is very riveting.

Btw, Sundance channel has become one of my favorites. They offer a very good selection of movies.

I second that, great movie.

I went in to it with low expectations.

Just to mention a number of horror websites listed it as their best horror of 2020 (jokes about covid aside).

Too bad it’s only on Hulu.

It’s on Disney+ in the UK (as many Hulu shows are).

Hey! It’d be another “versus” series, like I had in my thread.

I was headed out the door a couple days ago just a Get to Know Your Rabbit was coming on TCM. Told the DVR to save it. It starred Tommy Smothers, Orsen Welles, John Aston and Kat Ross. I figured that can’t be all bad! About a guy who quits his job to become a magician.

Oh, so wrong! Stunningly Derelict. Stupid from start to finish. Not funny, not clever, not watchable. Ranks very close to Top Ten worst movies I’ve seen. Welles underacted (like he didn’t want to be there, and wasn’t there for long), Aston over-acted (as usual) and Smothers didn’t really act at all.

It was just bad.

I watched The Age of Adeline on Netflix last night. Blake Lively is the lead. I really enjoyed it!