On a lighter note, I just learned that there is a 2003 Rudy Giuliani biopic starring James Woods in the titular role, and now I have the next two hours of my life planned out.

The Congresswoman from QAnon says she’s going to file impeachment charges against Biden for abuse of power the day after the Inauguration.

On January 21, 2021, I'll be filing Articles of Impeachment against Joe Biden for abuse of power. #ImpeachBiden #QuidProJoe #BidenCrimeFamilly
Snowboarder_Bo January 14, 2021, 1:01am #2767

The Congresswoman from QAnon says she’s going to file impeachment charges against Biden for abuse of power the day after the Inauguration.
https://twitter.com/mtgreenee/status/1349514160749633536

You could have just posted

The Congresswoman from QAnon says she’s going to show everyone just how crazy she is the day after the Inauguration.

Congresswoman from QAnon and precog? Quite the woman she is!

Pelosi says that members of the House will be fined $5000 if they bypass the metal detectors.

Pelosi announces lawmakers will be fined $5K if they bypass metal detectors...

Speaker Nancy Pelosi (D-Calif.) announced Wednesday that starting next week, lawmakers will face hefty fines if they refuse to go through newly installed metal detectors to enter the House chamber.

and all of that money should go to The Brady Campaign!

and all of that money should go to The Brady Campaign !

those who try to get away with throwing a tantrum in an attempt to shut people up.

You describe yourself so elegantly.

Ah, Texas… you make me embarrassed to live here. 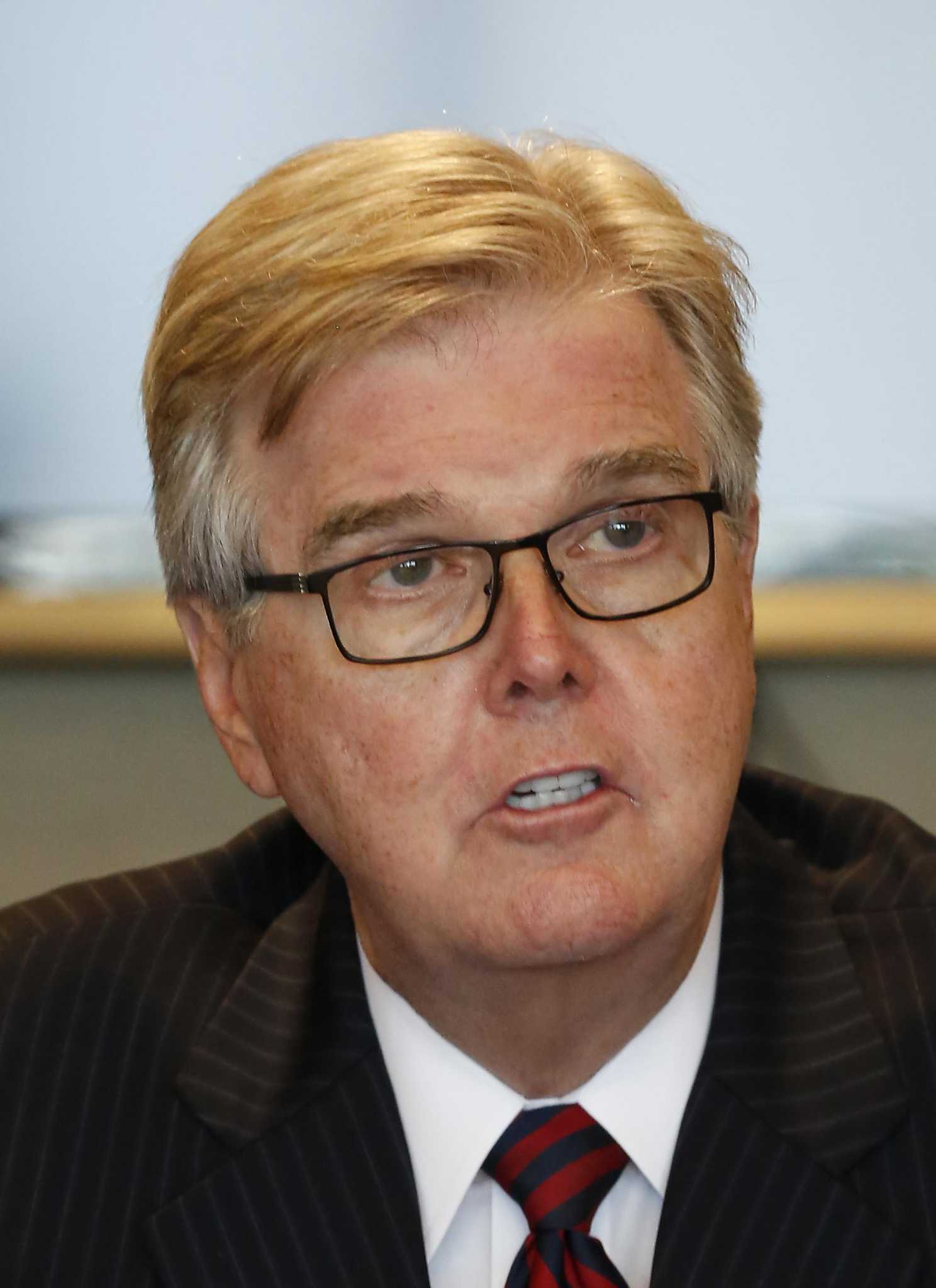 Because of Democratic gains at the ballot box, Republicans in the Texas Senate are changing their rules to assure Democrats can’t slow down their agenda.

Three years of victories at the ballot box by Democrats in the Texas Senate were washed away in just about an hour of bare-knuckle politics Wednesday.

With Democrats finally winning enough seats in the Texas Senate to use procedural maneuvers to block Republican legislation from getting to the floor, Republicans responded Wednesday by changing those very rules to make sure GOP priorities like gun rights and anti-abortion bills have no trouble getting through the Senate.

Instead of needing 13 Senators in the 31-member body to block a bill from getting to the floor for a vote, Republicans changed the rule to require 14.

Texas Lt. Gov. Dan Patrick was blunt in saying his push for the rule change was absolutely political. If the rule was not changed, he said 13 Democrats in the Senate would essentially be controlling the flow of legislation despite Texas voters putting more Republicans in the Senate than Democrats.

“We can’t do anything you want us to do if we don’t change the rule,” Patrick told members of the conservative Texas Public Policy Foundation just before the Senate passed the rule package that will dictate the operations of the Texas Senate.

He said Republicans have every right to change the rule.

“Because we’re the majority,” he said. “Elections matter.”
…

Why not just make it against the law to BE a Democrat?? I guess that’s coming.

In other stupid Texas news: 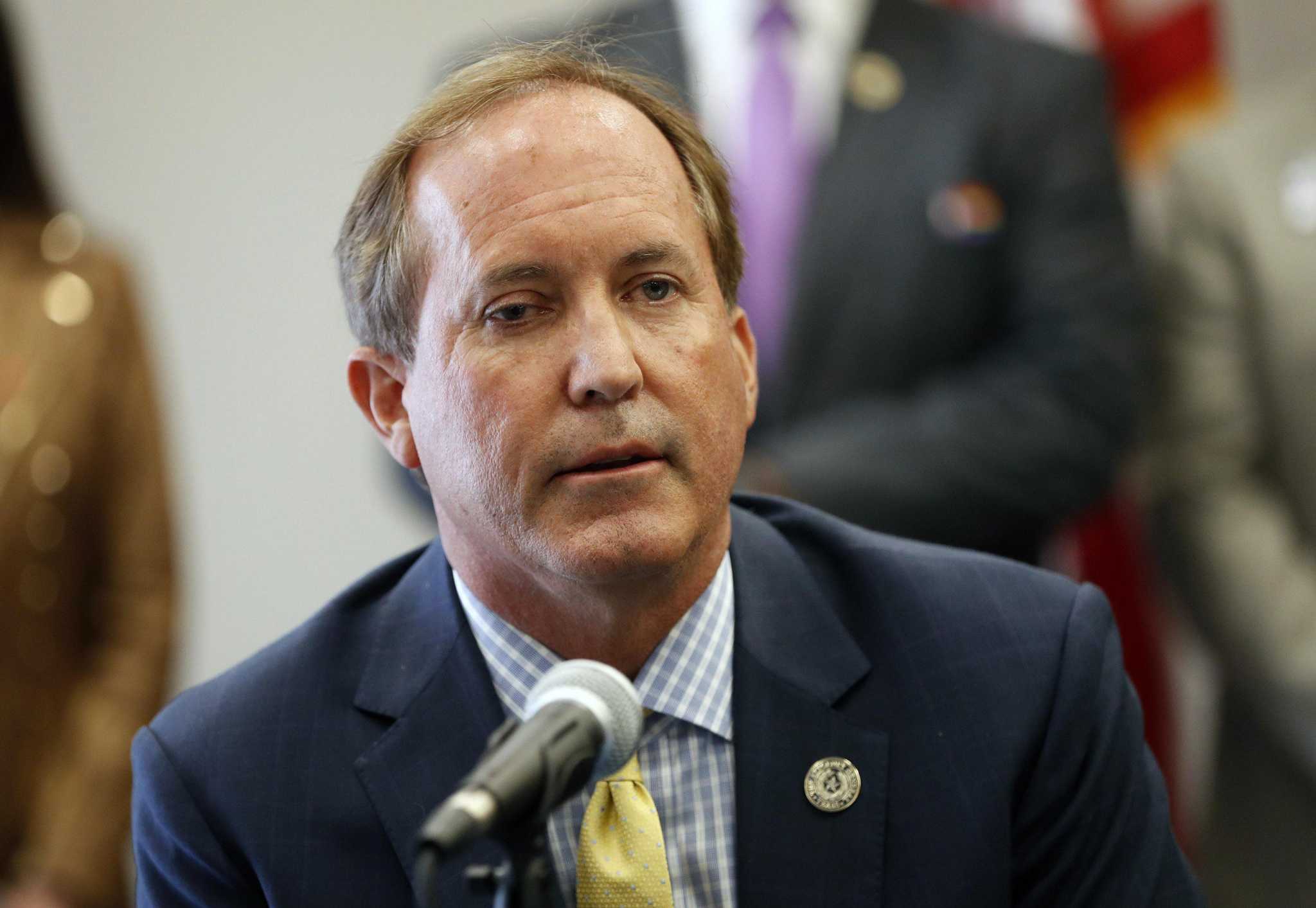 The Texas AG spoke at the "Save America" rally in the Capitol prior to the riot last week, telling the crowds "we will not quit fighting" to overturn the election results.

Texas Republican Attorney General Ken Paxton is the only state attorney general to decline to join letters over the past week condemning the Capitol riot.

In a Jan. 12 letter, 50 state and territorial attorneys general who belong to the National Association of Attorneys General denounced the “lawless violence.” The three remaining state attorneys general not included in that letter wrote their own Wednesday, leaving Paxton as the only holdout.

Paxton was one of the first to perpetuate the idea that Antifa was to blame.

“Those who stormed the capitol yesterday were not Trump supporters. They have been confirmed to be Antifa,” Paxton wrote Jan. 7 on Facebook, which flagged the post as “false information” per independent fact-checks. “Violence is not the answer.”

He also shared an uncorroborated rumor that “at least 1 ‘bus load’ of antifa thugs infiltrated peaceful Trump demonstrators.” The rumor originated from a conservative writer who cited an anonymous “former FBI agent” and no other evidence.

This is THAT Ken Paxton: 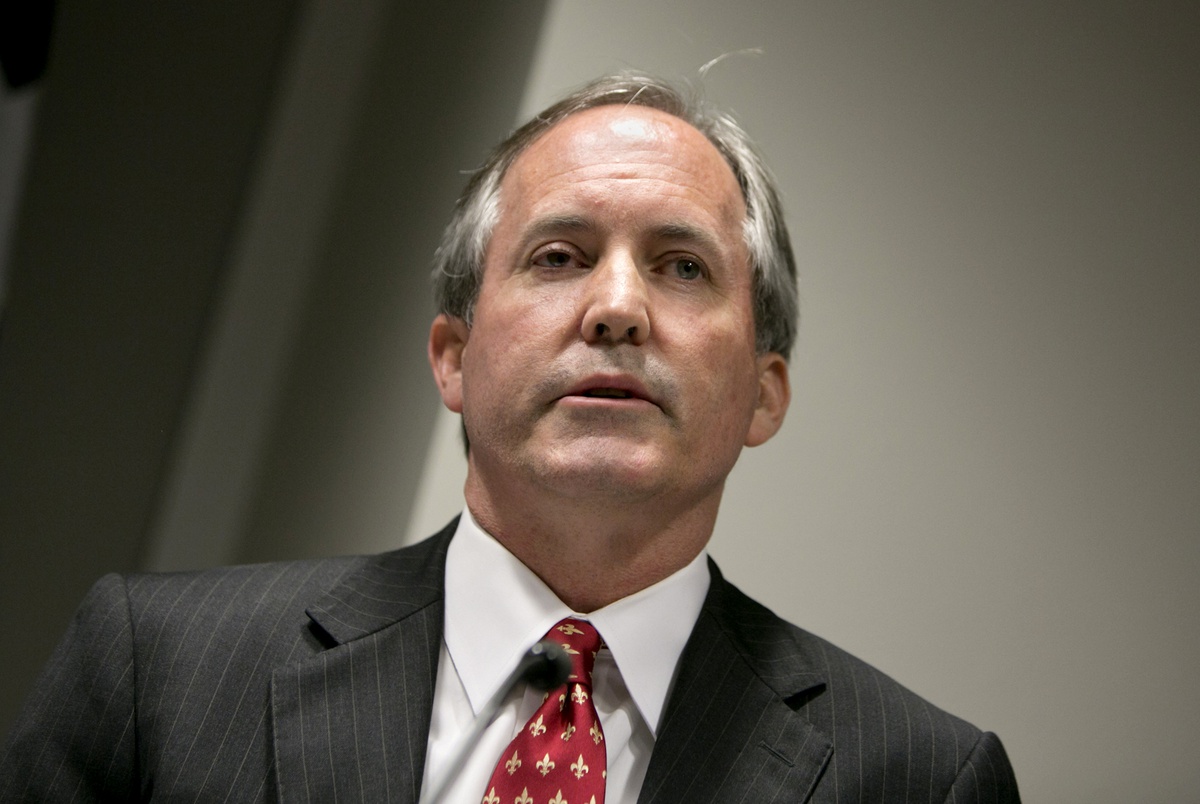 All seven of Texas Attorney General Ken Paxton's whistleblowers have...

The last of the seven whistleblowers, Ryan Bangert, said he resigned Wednesday. Two others had already resigned, two more were fired last week, and two were put on leave earlier this month.

…
[Assistant Attorney General Ryan] Bangert and six of his colleagues alerted law enforcement weeks ago that they had a “good faith” belief that their boss had committed bribery and abuse of office by using the agency to serve the interests of a political donor, Austin real estate investor Nate Paul.

Paxton has called the employees “rogue” and their allegations “false.” But documents and media reports have shown several highly unusual instances when Paxton’s office got involved in separate legal matters that involved Paul.
…

While I don’t like to make people angry at me …

The evidence I have seen seems to suggest that, here at least, you tend to be unsuccessful in that effort.

“Because we’re the majority,” he said. “Elections matter.”

Except when Democrats are the majority, of course. It was the Texas AG who started the lawsuits alleging ‘irregularities’ in four states whose electoral college votes went the wrong way.

"If conservatives become convinced that they can not win democratically, they will not abandon conservatism. The will reject democracy.” — David Frum, Trumpocracy: The Corruption of the American Republic

Rudy says his call for “Trial by combat” was referencing that “famous documentary about medieval England”, Game of Thrones.

Rudy Giuliani Claims 'Trial By Combat' Rallying Cry Was From That...

He was just quoting "that very famous documentary about fictitious medieval England."

I haven’t seen Game of Thrones but I assume in that universe “trial by combat” doesn’t mean fighting or anything like that. right?

No, it actually is a fight to the death.

And usually a horrifically gruesome one.

Giuliani even undermines the tiny fragment of mitigation that might conceivably exist, that Game Of Thrones was fictional ultraviolence, when he says he thought it was a documentary.

I do so hope that Giiuliani reconciles with CFSG to handle his future criminal defense. They really are a match made in heaven, that realm described in the VIctorian novel The Bible.

I haven’t seen Game of Thrones

You can look up The Mountain vs. The Viper to see the exact trial by combat Rudy references, but clearly has not watched.

What the heck here’s a link for the strong of stomach. I watched it once, won’t watch it again.

The thing about trial by combat is that, as presented, it is a laughably unfair way to determine guilt or innocence. Those who are powerful or have powerful friends they can pay to fight for them get to do whatever they want, and are “cleared” when their vicious monster outfights some other person’s vicious monster. Facts don’t matter, guilt doesn’t matter, just power.