How many nits would a nitpick pick …

Doh. Brain farts while nitpicking are so embarrassing.

Accccctually… when one speaks of “nitpicking”, one’s mind drifts back, as it is wont to do, to an image of simians (perchance seen during a perambulation through a zoo or wildlife park) grooming each other.

This is misguided at best. I would go so far as to say that the primates in question neither knit nor use a pick, but the contrapositive-negative style of humour (that the French refer to as “Grinçant”) would be lost on denizens of a mere message board.

Well, well, well, Oath Keepers founder’s military records show that he wasn’t all that while in the military:

But a copy of his Army retirement paperwork reviewed by Military.com reveals previously undisclosed details about Rhodes’ career that show a soldier who served quietly and relatively unremarkably, despite the central role his military career plays in the fabric of the Oath Keepers. He was honorably separated from the Army after serving two years and seven months on active duty, leaving at the rank of specialist with a “temporary” physical disability, according to the document.

Meh. I never expected to learn of anything about his service being extraordinary, given the circumstances and rhetoric surrounding his founding of that gang.

Sturgis is in North Dakota.

Our aeroplane crashed in the mountains of Northern Idaho, and after making our way through seemingly endless miles of rugged pine forest, we parted the foliage to gaze upon the glittering architecture and rumbling bikes of the mythical, mystical town of Sturgis-La.

leaving at the rank of specialist with a “temporary” physical disability

When will we finally find a cure for the curse of bone spurs?

I placed it here because I’m not 100% sure that Republicans were involved. It seems plausible, but still…

Florida news: A school board reverses the decision to cover over photos showing a student walkout in a yearbook photo. They say it wasn’t about censorship, but c’mon. A happy ending, at least.

A member of the Louisiana state Republican party Central Committee, who is also the headmaster of a Christian school that he founded, has been arrested on child abuse charges for the second time in a month. 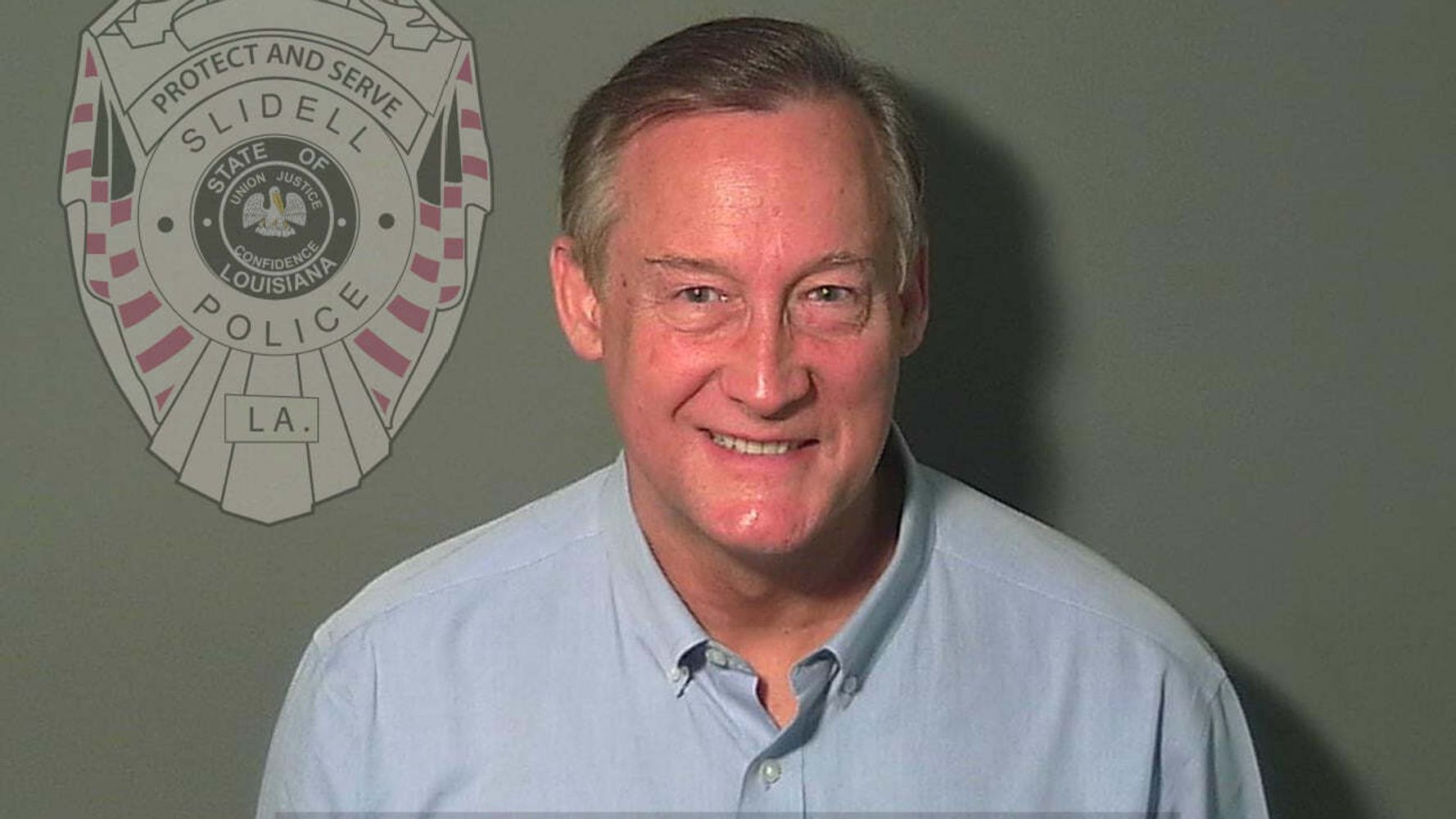 The Louisiana GOP official was also arrested last month after he was accused of taping his students' mouths shut for "excessive talking."

The Louisiana GOP official was also arrested last month after he was accused of taping his students’ mouths shut for “excessive talking.”

Spare the duck tape and spoil the child!

Idly wondering what the race of the child was…

Probably white if he was allowed in that school.

He was arrested for it in Louisiana. It’s hard to imagine he’d get more than a slap on the wrist if the kids weren’t white.

Two parents were arrested after their oldest son showed his teacher a video of his little brothers with their hands tied behind their backs and boxes over their heads. 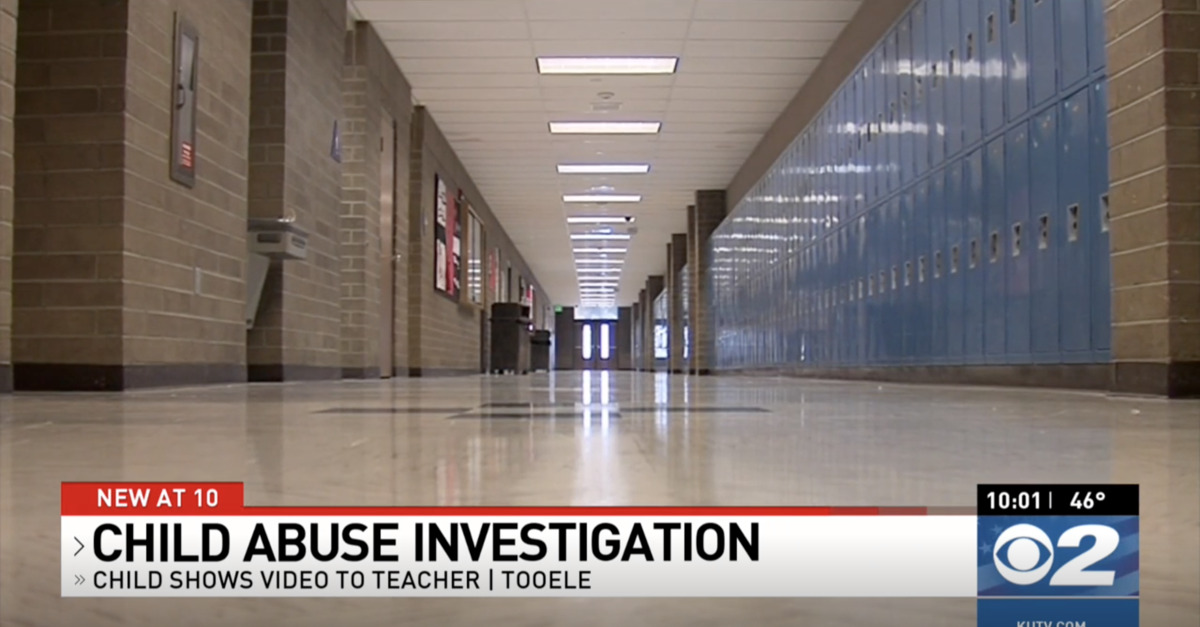 'Started as a Joke': Utah Couple Charged with Child Abuse After 11-Year-Old...

"The box thing is something we've never even heard of or come across," a local police officer said of the disturbing allegations.

It’s worse than that; they had small boxes on their heads that restricted airways. Their hands weren’t tied behind their backs; they would tie an arm to a leg to force them to stand on one leg for 30 minutes at a time.

They were also forced to be outside in the cold for 10 minutes or more with nothing but short sleeve shirts, pants, and socks. They also sometimes had to sleep on a bare wood floor with no mattress. And when company came over, they were locked in rooms with the doors tied shut.

These kids are 5 and 8 years old. Their reason for being tortured? They were “being loud in the morning”. (In other words, acting like normal kids. I’m a dad, kids are loud.)

They were also forced to be outside in the cold for 10 minutes or more with nothing but short sleeve shirts, pants, and socks.

Does “pants” mean in Canada the same it does in the UK, i.e. underpants?

Followers of QAnon’s “queen of Canada” are having some troubles, and to get out of that trouble, they call on her for help. Also, WTF? Why would Canada have QAnon types.

After being persuaded to disregard bill payments by a Filipino QAnon influencer who told her followers that she is the Queen of Canada, believers are now facing thousands of dollars’ worth of bills and utility outages.

Romana Didulo rose to popularity over the last two years after several QAnon influencers “confirmed” that she had sovereign power over Canada, growing over 70,000 followers on the instant messaging platform Telegram.

Nope. Trousers. Slacks. A lower body garment with two connected tubes, one for each leg.

I forgot to mention something that cracked me up. That “QAnon Queen” followers were whining about how badly the utility companies are treating “we the people”. First, it’s “us the people”. Next, they seem to be unaware that “we the people” is part of the governing document of a country that rejected monarchy?