Paid superspreaders of a hoax?

There’s not one convenient monolithic intellectual bloc of…I’m not even sure what blanket term would be appropriate. COVID deniers, maybe? Except, as with that specific Tweeter, not all of them deny that COVID exists, or that it can be lethal.

There are some people that claim that COVID doesn’t exist at all, and that the whole think is a massive hoax. But there are plenty of others that accept that COVID exists, they just think it’s being overblown. For them, it’s just a slightly worse version of the seasonal flu. And and many of them even acknowledge that people die from the flu.

But, their argument goes, if we don’t shut down large sectors of the economy and mandate vaccines and masks for the flu, even in bad flu seasons, why is this flu variant so special? If (and I realize this is a fundamentally misinformed premise) COVID is only a slightly worse form of the flu, then all of the massive public health measures are unjustified. And it becomes extremely suspicious that several prominent critics of the “over-reaction” to COVID “conveniently” die of COVID within a short time period.

Which leads to speculation that they didn’t just randomly get “regular” COVID, they were targeted with a highly virulent strain. Which would be an elegant countermeasure. It both shuts them up and creates a public impression that COVID is far more prevalent, contagious, and dangerous than it “really” is. 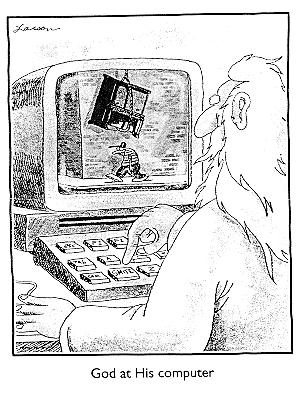 When I was in the Air Force stationed in Germany, I wasn’t even in uniform, but was informed that I was not allowed into a restaurant because “We don’t serve Americans.”

Note that the story about the woman who assaulted a US Navy sailor took place in Berlin, Connecticut, not Germany.

Ah. I missed that.

Alaskan state rep gets banned from Alaska Airlines and soon will have no way to get to Juneau.

According to my brother, who lives in Wasilla (though not the part where you can see Russia), she’s asked to be relieved of all her responsibilities regarding voting, committee meetings, &c — but she still wants her per diem.

I seriously wonder if Grifting 101 is a required course for all aspiring Republican politicians.

Based on the news report, it’s pronounced like “Burl-in”. That was my first hint that we weren’t talking about Germany.

I should have put that in the text.

My first clue was that the story was from WFSB, the CBS affiliate in Hartford.

Boise = Boy-see, not boy-zee
Weippe = Wee-ipe
Kooskia = Koos-kee
Lake Pend Oreille - This one even stumped the locals so they named the nearby town Ponderay to help clear things up
Athol = Well, you can figure that one out

Not sure this is really relevant in this thread beyond there are a lot of stupid MFers around here.

Athol = Well, you can figure that one out

The original US town of that name is in Massachusetts.

“Who’s the only man to have four towns in Massachusetts named after him?”
“Endicott Peabody (former governor*) – Endicott, Peabody, Marblehead, and Athol.”

“Athol”, by the way, supposedly means “New Ireland”. In the form “Atholl” it’s the name of a section of the Scottish highlands.

Thanks for the history and great joke. There a lot of famous ID athols, but I don’t know know that they have places named after them. We do have the Frank Church Wilderness (awesome awesome awesome), but Frank Church was not an athol. I cannot even fathom ID electing someone like him ever again. Now ID elects dispshits like Jim “Q” Risch and aptly named Sen. Crap. Oops, Crapo.

In Maine, the town of Calais is pronounced callous.

The Versailles one I give more slack, having spent much too much of life not knowing that the “hors d’oeuvres” that I was reading about in various stories referenced the small snacks passed around at parties (“ordervs”). The French habit of just adding two or three non-pronounced letters to words is confusing.

You missed some good ones:
St. Maries
Kamiah
Kootenai

A woman who was caught on camera verbally and physically assaulting a member of the armed services at a Connecticut restaurant is expected to face charges, authorities announced.Last weekend in Hartford County, an irate woman at Central Pi…

I have to give that service man credit for the restraint he showed. Good guy.

Ah. I missed that.

I was mightily confused too when I looked at the assaulter and said, “Dat’s an American lady!” then noticed it was a US TV station site.

I guessed Berlin, New Hampshire, though having no clue where WFSB is located…

Yes, good ones. Here are some I thought of after looking at a map:

These two are pretty close depending on how you view them:
Latah
Lapwai

We also have Puyallup that locals can’t figure out. Just swap the first U and the Y, “Pyoo-Allup”.