I think the US is going to be just another strong team in the near future rather than overwhelming favorites,

Depending on what you mean by “overwhelming”, that’s the way it’s been for a long time. The US has been winning more or less every other major tournament recently. Which puts them far ahead of any other single team in terms of results, but 50/50 certainly doesn’t seem overwhelming.

I totally missed the Sweden game (completely forgot to see if they were starting before the opening ceremonies again). But two things to keep in mind:
(1) This snapped a 44-game unbeaten streak, so if they’re tottering or doddering it didn’t manifest itself until literally right now
(2) Sweden is a VERY good team and has frequently just been the team that had the USWNT’s number. Sweden knocked us out of the last olympics (in the quarterfinals?). Sweden beat us in the group stage a couple of world cups ago. Etc.

Certainly the US isn’t miles better than any other team in the world. But it never really was. Watching the last WC, which the US won, we certainly could have lost to either England or (particularly) France.

All of that said… yeah, the team does seem old. But pronouncements of geriatric doom seem premature. None of us are on the team’s training staff. In any case, hard to imagine we won’t beat New Zealand (on Saturday). So the next big test will be vs Australia on Tuesday.

Maybe we should watch a game with the new clock rules before we judge. I bet we don’t even notice a difference. Well, except for stalling no longer working.

But stalling play (i.e dribbling around near the corner flag to waste time and constantly playing the ball backward) would happen even with the new clock rules. In fact you would see a lot more on-field (during the run of play) time-wasting if teams could no longer waste time in the “classic manner” like during substitutions or when setting up for corner and free kicks or by feigning injuries.

I’m fairly conservative about changing world football laws/rules but I also see areas of the game that are ripe for change and time-wasting is one of them.

FIFA and IFAB prefer to make changes in the game by fussing with the “Interpretation of the Laws of the Game and Guidelines for Referees” instead of constantly changing the actual Laws.

(Which is reason #23,927 of why Taylor Twellman really bugs me–he kept referring to “changes in the handball law” during the Euros. But I don’t think the Law was actually changed, just the interpretation of it and I believe only for the Euros at that.)

But stalling play (i.e dribbling around near the corner flag to waste time and constantly playing the ball backward) would happen even with the new clock rules. In fact you would see a lot more on-field
time-wasting if teams could no longer waste time in the “classic manner” like when setting up for corner and free kicks or by feigning injuries.

Could you give us some possible examples of how this might happen?

Could you give us some possible examples of how this might happen?

I’m not sure exactly what you are asking but let me try to go into it more.

If the FIFA/IFAB changed rules so that the clock was visible and stopped during every out-of-bounds, substitution, and injury, that would do away with time-wasting techniques now employed during those situations but it would not eliminate time-wasting during the actual run of play (i.e. excess dribbling and holding the ball back among your defenders) and would likely even increase it.

But there are other tools that FIFA/IFAB could authorize that might work without needing to make such extreme changes to the game itself (such as changing the timekeeping rules).

I don’t have the answers but an example of changing the ‘interpretation of the laws for referees’ instead of changing the actual laws would be advising (with extreme prejudice!) referees to immediately send off (red card) any player suspected of simulation. No caution or warning given.

And YM obviously Varies, I thought it was a good idea too, but I’ve reached the conclussion that VAR opponents were right, it changes the game for the worse.

I’m not sure you could put the Genie back in the bottle on that one. If VAR
were to be eliminated it would put the referees in an impossible situation:

The IFAB approved trials and a pathway to full implementation during its 2016 general meeting. Lukas Brud, IFAB secretary, said “With all the 4G and Wi-Fi in stadia today…we knew we had to protect referees from making mistakes that everyone can see immediately”, such as Thierry Henry’s handball that eliminated Ireland from qualifying for the 2010 FIFA World Cup where the on-field referees were not in a position to view the infraction.

Just this past month there were 3 different scandals in the Copa Libertadores (at least one of them IMHO justified) were VAR officials were accused of “mistakenly” helping one of the teams, VAR has solved nothing, it’s just one more layer were mistakes or “mistakes” happen.

VAR isnt the problem in South America. Corruption is. Baring a culture change nothing is going to make it better. VAR on the whole has been a positive change. Its better to get calls right.

But stalling play (i.e dribbling around near the corner flag to waste time and constantly playing the ball backward) would happen even with the new clock rules. In fact you would see a lot more on-field (during the run of play) time-wasting if teams could no longer waste time in the “classic manner” like during substitutions or when setting up for corner and free kicks or by feigning injuries.

That’s how better teams normally do it now. The ones who fake injuries and pretend they have cramps and need a whole lot of stretching to magically get better are generally lesser talented sides who can’t play keep away.

It enables corruption, now the only thing you need is call for the var when the team.you want to lose scores. At the very least we should let the captain of each team be the ones who call for the var, with a limited nr of calls per match.

This makes the corruption obvious and public. Its up to CONMEBOL to clean their own house. The Euros, the Champions League, the EPL and many more have used VAR without such incidents.

I’d prefer the obvious, quick and simple solution of removing VAR altogether, let’s compromise, we remove VAR for now and put it in use again once all corruption is removed from international football, I’ll wait.

The corruption is in one region of the game. Again, I would rather have the correct decisions made on the field.

Yeah, FIFA is a pristine entity, nothing like that dirty CONMEBOL…

FIFA has moved into the 21st century, CONMEBOL not so much. Messi seems to agree: 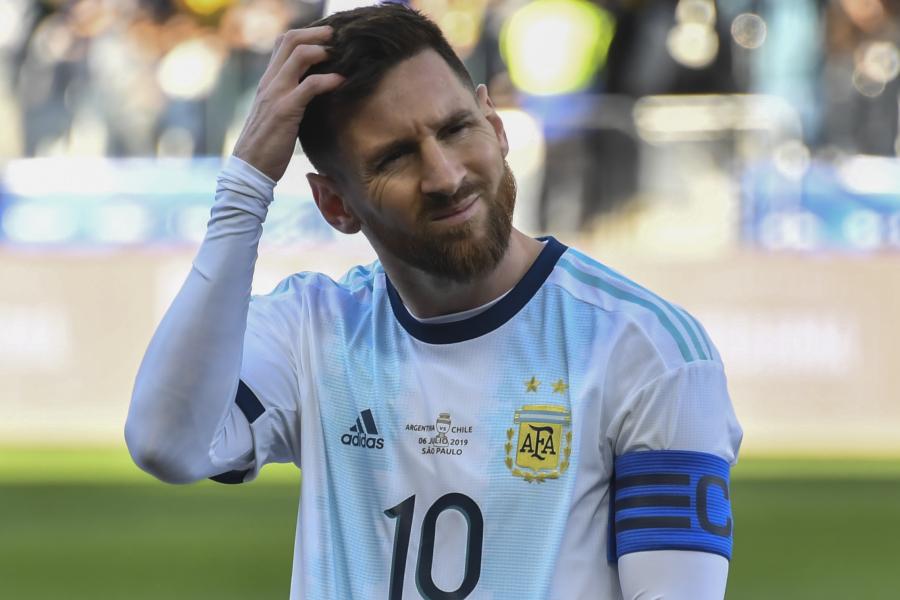 Argentina superstar Lionel Messi received a three-month ban from CONMEBOL on Friday for alleging corruption within the governing body of South American football during the 2019 Copa America tournament... 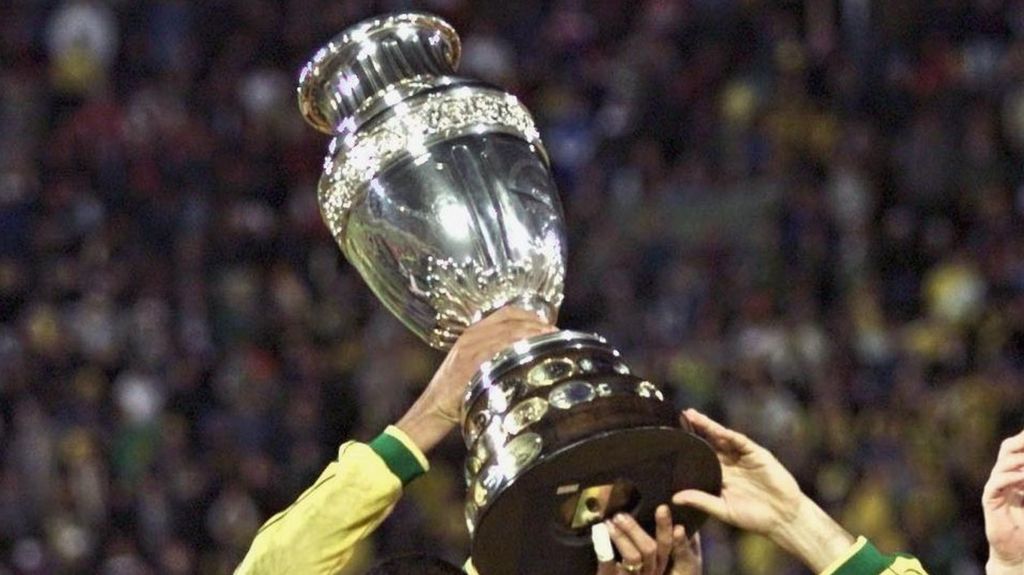 Fifa corruption stories have focused on the World Cup, but the US indictments suggest the Copa America is at the heart of even more bribery and corruption

Are we talking about the same FIFA here?, the one who decided to place the WC in Qatar of all places?
CONMEBOL is corrupt, so is FIFA, giving them VAR only allows more corruption.

The corruption is in one region of the game. Again, I would rather have the correct decisions made on the field.

Agreed. VAR has done a great job of preventing egregious errors in most of the world. We aren’t going back.

So CONMEBOL somehow forced those uncorruptible FIFA execs to take bribes from Qatar?

US women come roaring and back and thrash New Zealand 6-1, including four first-half goals that were (clearly correctly in at least three cases) called back for offsides.

I’m also amused by the 10-3 scoreline between Netherlands and Zambia. Not often that a team is dominant enough to score 10 but still lets in 3.

Almost certain the US will advance even with a loss to Australia. But assuming we beat them and end up second in the group, we’ll have a tough match in the round of 8… either a rematch of the WC final vs Netherlands, or a grudge match against perennial rivals Brazil (and Marta, who is apparently immortal).

I, too, was shocked when I saw Marta on the Brazil roster. She’s apparently only 35 though. One of the Netherlands best players declined to go to the WC and is on this roster, correct?

I didn’t watch the game, but people are saying 6-1 is incredibly flattering to the US? Two own goals, and the NZ keeper let in everything on net? Watching highlights and I’d say 5 of the 6 goals were bad goals in the sense that they were a result of NZ being poor rather than the US doing anything nice. I’d be weary in reading too much into this as bouncing back.

Very disappointing conduct by Harry Kane. Not returning to Tottenham’s training camp for the new season with a new manager. I didn’t expect this from him given he grew up through the Tottenham academy ranks to being one of their best players ever. I understand at this stage of his career he feels it is time to move on so he can achieve his ambitions of winning major titles but there is a way to go about it.