WOW. Can you imagine this genius move?

Apparently, the kids in a barricaded room during the Oxford High school shooting had someone claiming to be a sheriff’s deputy trying to get them to open the door.

The kids noticed that the “deputy” used the word ‘bro’, which is less than professional speech.

They refused to open the door and began escaping out the window.

Yowza, talk about being on the ball. I’m not sure I would’ve caught that.

Given my background, I have noodled on this more than most people.

My policy in such cases is to lay low until the helicopters come. The Bad Guys have official cars, uniforms and radios. They do not have helicopters. If you are doing fine, if you are not bleeding and there is no smoke, just take your time before you poke your head out.

We do active shooter training at my workplace and it only talked about how to evacuate the building (hands up and don’t approach the armed police quickly). Anyone know what they teach kids today about how to recognize the police really are at the door, rather than the gunman as in this case?

I hadn’t seen that video yet. How chilling and sickening. My younger son is a Sophomore at a school ~20 miles away from Oxford High.

It’s in our neck of the woods, as well. It’s interesting that one kid interviewed said they knew what to do because of active shooter training. I had an active shooter training a year or two ago and don’t really remember much. Be a moving target, barricade, something. I’m not sure I would do well in an emergency.

I did see this but our news has been filled with a tragedy that occurred a few days ago
did anyone say what was the point of it?

One part of our active shooter training I do remember well. They showed a layout of the mass shooting at Virginia Tech. Which classroom sustained the least number of fatalities? The engineering room. Why? Because they were the only ones who built a barricade.

I found that darkly humorous, in the sense that I know a lot of engineers, and of course they built something.

I did see this but our news has been filled with a tragedy that occurred a few days ago
did anyone say what was the point of it?

What was the point of what?

My guess is that there was more than just the fact he said “bro.” Cadence, tone, those things are important, too. In my school, kids were taught not to open the door for anyone, including cops. We were told it’d take hours to secure the building so that cops and first responders would be able to get to us if we sheltered in place (SIP), and they’d have keys. In fact, we were told not to open the door for a student–a nightmare scenario–as it could let in the shooter (who might well be a student)

SIP is not the default plan in most schools. Students are supposed to evacuate if it’s at all safe to do so. You only SIP if it’s not. SIP is, ironically, a major factor in why those kids in the Columbine HS library were killed. Though there was an exit that led directly outdoors, the protocol was shelter in place, so kids were told to get under tables.

Most schools today use some variation of ALICE training, which encourages evacuation and communication and emphasizes that SIP is only recommended if there’s no safe exit.

My classroom was the closest to the main entrance, so a likely first hit. The admin only ran violent intruder drills once every 1-2 years. The school cop* approved my plan and provided pointers. My door was always locked and usually closed. (Doors only locked from the outside, so I’d have had to go into the hall to lock it during a shooting incident. The door could, of course still be opened from inside.) That alone would help deter shooters who, cops said, usually look for high kill rate opportunities and assume they have only minutes to act. They’re unlikely to waste time on a locked door. Unlike the movies, it takes time and effort to shoot off a lock, cops said.

I had a first-floor classroom. I trained my students to climb on the counter, open the window, and jump out. (While there could be a shooter outside–1998 Jonesboro, 2018 Parkland–I was told that odds are students are safer outside the building.

The cop said chaos, as in kids running around or throwing things, makes for inaccurate shooting. Were an intruder in the room and exit impossible, kids were supposed to throw their shoes or other items. This is very hard to do when you’re getting shot at–the instinct is to run (also a distraction) or hide.

I’m not a big fan of concealed carry for teachers. It could be helpful if your students had no escape and you had even a little lead time, but remember, the chaos that distracts a shooter distracts the teacher as well. In my school, the 2 CC teachers were supposed to leave their classes and find the shooter. Holy crap. In a crisis situation, how do you tell if that’s a kid with a cell phone 75 yards from you or a shooter with a gun?

I kept a can of wasp spray in my desk. It shot 12-15 feet. Could I have reached it in time? Maaaybe, if my room wasn’t the first one hit. I told the kids to pay no attention to what happened to me. I figured I’d be killed or incapacitated while trying to engage the shooter. Because my instinct would also be to hide or run, I mentally rehearsed once per week in the hope it’d stick with me when I needed it. I’m deeply grateful I never did.

•There was one school cop for the entire district (7 schools), so the cop was rarely in our building.

the attempted “kidnapping” for lack of a better term ?

What tragedy? Because this video is from the school shooting that just took place a few days ago.

the attempted “kidnapping” for lack of a better term ?

I think it was as simple as “open the door so that I can shoot you.”

A 29-year-old man has been arrested on murder charges in the shooting deaths of his four children and their grandmother Sunday night at a home in Lancaster.

Update: the parents have been charged with four counts of involuntary manslaughter. 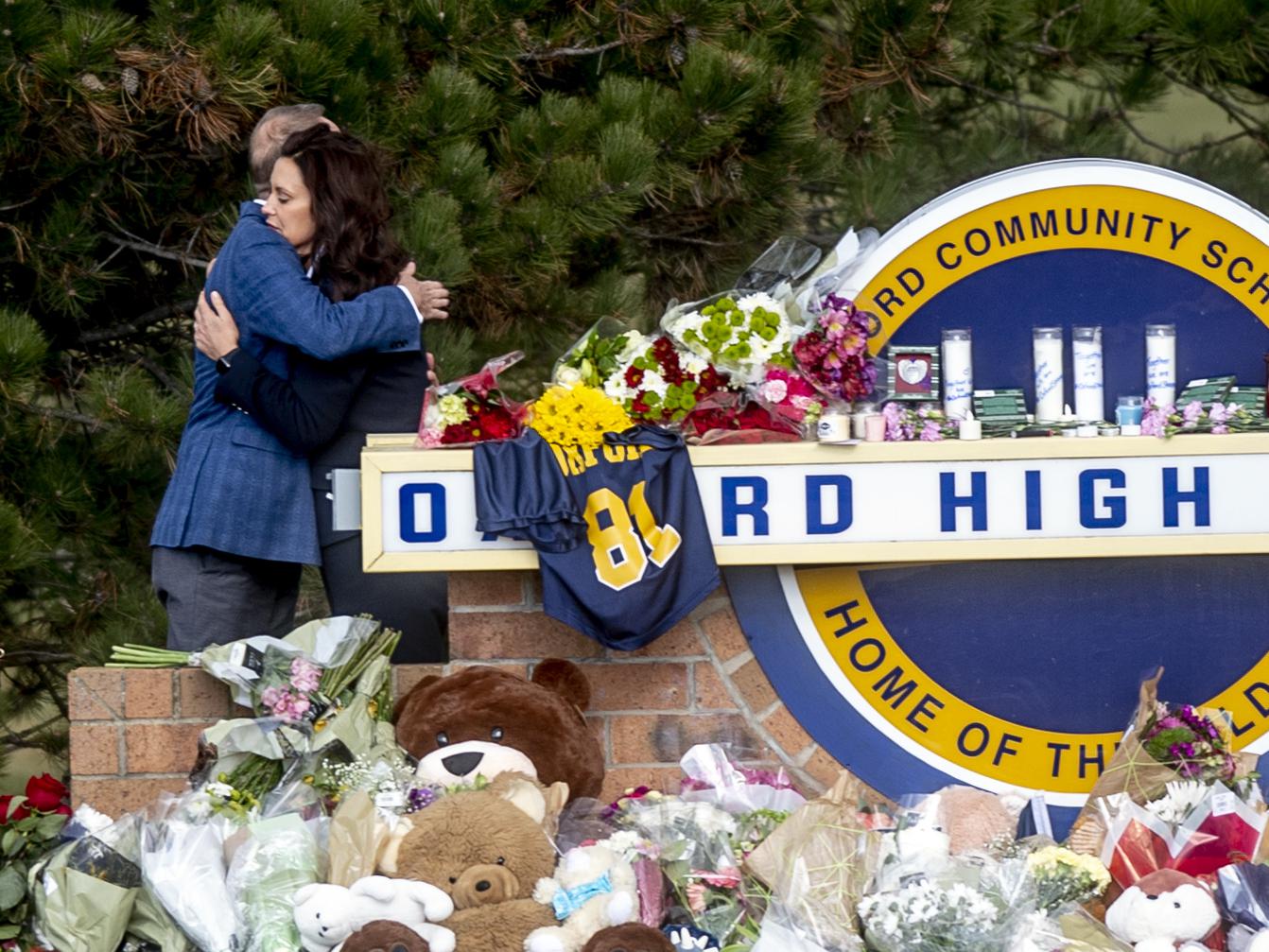 PONTIAC, Mich. (AP) — A prosecutor in Michigan filed involuntary manslaughter charges Friday against the parents of a boy who is accused of killing four students at Oxford High School, after saying earlier that their actions went “far beyond...

A prosecutor in Michigan filed involuntary manslaughter charges Friday against the parents of a boy who is accused of killing four students at Oxford High School, after saying earlier that their actions went “far beyond negligence.”

Anyone know what they teach kids today about how to recognize the police really are at the door, rather than the gunman as in this case?

The current policy at my school is don’t unlock the door for anybody. Period. If they are the Good Guys they’ll have a key.

Update: the parents have been charged with four counts of involuntary manslaughter.

Update update: it is now a fugitive warrant. 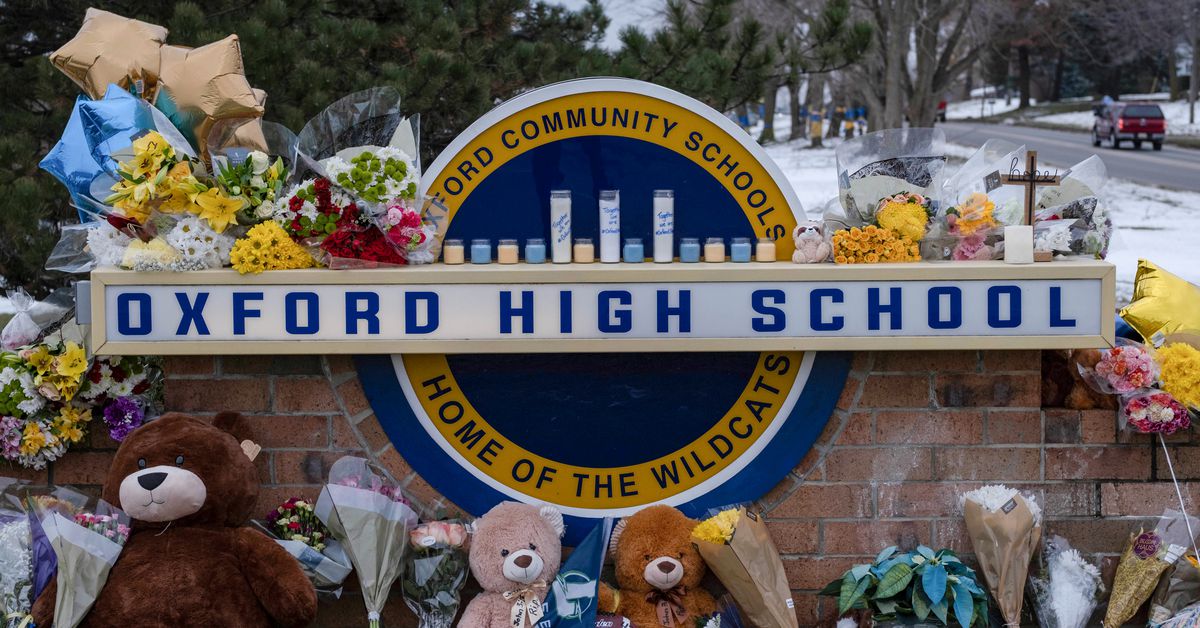 Authorities on Friday were searching for the parents of the Michigan teenager accused of murdering four students at his high school, hours after the couple was charged with involuntary manslaughter for buying their son the weapon as a Christmas gift...

Is it possible to change the title of this thread to reflect a more general discussion of the incident and ongoing story?

They offed themselves probably.

Update3: Now their lawyers say they are returning (and blame the police and media for spreading misinformation).

“On Thursday night, we contacted the Oakland County prosecutor to discuss this matter and to advise her that James and Jennifer Crumbley would be turning themselves in to be arraigned,” lawyers Shannon Smith and Mariell Lehman told The Detroit News. “Instead of communicating with us, the prosecutor held a press conference to announce charges.”

“The Crumbleys left town on the night of the tragic shooting for their own safety. They are returning to the area to be arraigned. They are not fleeing from law enforcement despite recent comments in media reports.”