Places that became tourist attractions for one reason

As far as I know (not being from Northern America) the only other reason is to get married?

There’s not much of a culture of marriage at Vic Falls, because, as a tropical rainforest, it gets quite damp.

When I was a kid, we went to Niagara Falls (the Canadian side) a couple of times, and yes, there are or were other touristy things there, like a Ripley’s Believe or Not Museum or a museum with torture dioramas (which I was fascinated by as a kid).

As far as I know (not being from Northern America) the only other reason is to get married?

Niagara Falls was not a place to go to get married. Rather it was a major honeymoon location in the days before commercial airline flights. It was a fairly short rail ride from the major population centers of the Northeast, but once airlines got going, it’s popularity stated to wane. Honeymooners started to go further afield, like to Hawaii or Miami.

Places to get married are those with no waiting period between getting a license and tying the knot. Nevada in the US and Gretna Green in the UK are famous for this.

Hannibal, MO, is basically a giant Mark Twain-themed tourist trip, which is awesome.

Wilmette, IL, is a suburb of Chicago which has no reason for tourists to visit, except that that you can drive by the exterior of the house where Home Alone was filmed, which a puzzlingly (to me) large number of people choose to do. Similarly, Oak Park, IL would be an unremarkable suburb if it weren’t home to Frank Lloyd Wright’s studio and many buildings of his design. But, city boundary lines aside, those are both fully integrated into Chicago’s urban sprawl, so they may not count for the OP’s purposes.

Cooperstown is best known for the Baseball Hall of Fame, but it’s not the sole reason for its existence,

Also a big destination for opera lovers (not me).

Bletchley Park definitely (though technically its two, Bletchley Park, and the computer museum,which are too feuding museums that don’t get on)

The Google Sign in Mountain View, CA. My brother in law really wanted a pic in front of it, when I lived down the road and he was visiting. I rolled my eyes, but took him, only discover there was a queue of people taking pics in front of the sign

Most obscure of all is the Salford Working Mens Club which is famous in indie music circles as the background of a Smiths album, and is still visited frequently by Morissey-loving tourists.

And speaking of that, do tourists go to Niagara Falls for anything other than the falls? I 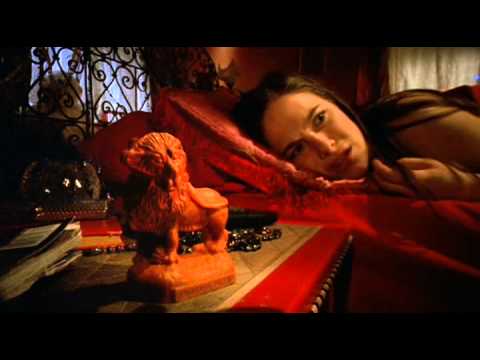 Kitty Hawk and the Wright Brothers Memorial are in North Carolina’s Outer Banks, a vacation destination that many people got to for the beach without bothering to go to the memorial, or just swing by for the heck of it.

After the touristy things (such as the Ripley’s museum) were established, on the street named Clifton Hill and in the park that runs along the edge of the gorge, the city of Niagara Falls got big into casino resorts. It now has skyscraper hotels overlooking the Falls, and gambling excursion buses go there from all over Southern Ontario.
Las Vegas by the falls indeed.

Similarly, Oak Park, IL would be an unremarkable suburb if it weren’t home to Frank Lloyd Wright’s studio and many buildings of his design.

It also has the homes of Ernest Hemingway and Edgar Rice Burroughs.

Similarly, Oak Park, IL would be an unremarkable suburb if it weren’t home to Frank Lloyd Wright’s studio and many buildings of his design.

We had a guest who couldn’t wait to get out to Spring Green, WI, just because of Taliessin.

Home, studio and school of Frank Lloyd Wright. The tour was excellent, and just walking through the buildings was therapeutic because the proportions were so well thought out.