How long would it take you to apply for citizenship of the country you are living in? Are you a permanent resident? I gave up my U.S. Citizenship last year but I was dual. I would not recommend becoming stateless.

There are guys at http://isaacbrocksociety.ca that are knowledgable about FATCA as well as renunciation. Maybe check them out, it was a useful site for me when I was going through the renunciation process.

I believe to renounce US citizenship you need to (1) have another citizenship and (2) be outside the USA.

Yes, I know about this, but the US Consular Services are probably in a better place to deal with the fallout, and in fact that’s part of their job: dealing with difficulties US citizens have while abroad. They will know about the situation.

Right, I see what you mean - that they might know of banks that are prepared to offer services to US citizens and such like. Makes sense.

It’s not at all easy to open a US bank account if you don’t have a verifiable US address. Plus, of course, most foreign employers will not pay salary into an account that isn’t held in their own country.

How long would it take you to apply for citizenship of the country you are living in? Are you a permanent resident? I gave up my U.S. Citizenship last year but I was dual. I would not recommend becoming stateless.

There are guys at http://isaacbrocksociety.ca that are knowledgable about FATCA as well as renunciation. Maybe check them out, it was a useful site for me when I was going through the renunciation process.

The country I live in does not grant citizenship to people except in very unusual circumstances… none of which pertain to my situation. Nor do they grant permanent residency except in similar cases.

I see nothing that would apply to a bank that has no connection to the US. How can it be enforced? What penalties might they suffer?

There aren’t all that many banks that do no business at all with the US, and FATCA requires US institutions to withhold a percentage of all interest, dividends and so on if the foreign bank can’t demonstrate compliance.

Many foreign banks seem to be deciding that expat US customers just aren’t worth the hassle.

I believe to renounce US citizenship you need to (1) have another citizenship and (2) be outside the USA.

The United States is one of the few countries that allows its citizens to renounce its citizenship without first becoming a citizen of another country. It is, in general, a remarkably bad idea, however.

If you renounce your US citizenship, would you be able to stay where you are? I doubt it.

Not sure how your friend manages. One issue with FACTA is that a married US citizen must disclose his spouse’s assets too (i.e. community property), even if she/he is not American and has never been there. I wonder if locals married to Americans are next on the bank’s list? Or maybe they are unaware (so far) of her status.

Could you hop over to the UK or somewhere similar that is more comfortable with USA reporting requirements and does not mind opening accounts? I assume with today’s online banking, worldwide credit and debit card use, direct deposit payroll, etc. that you could operate an account from anywhere.

Or can a local that you know or that your friend is married to help you open a locally registered company to handle all the money (same thing, everything online and by bank cards). As long as the company is not worth more than a set amount (i.e. no large bank balance) you probably do not have to declare it as an asset. (I Am Not An Accountant/Tax Lwayer…)

All foreign controlled companies need to be declared. And the bank will ask for the owners of the company - if they are American, no company account. FATCA is making life very difficult for people just trying to live a normal life outside the USA.

I assume you have some sort of residency status in the country where you live. You don’t specify where. But as you have no desire to cling on to your US citizenship, why don’t you look into taking citizenship in your country of residence? I know it doesn’t solve your immediate problem, but being stateless is hardly going to help either - in fact, sorry to say it so bluntly, but that’s a really stupid move. A lack of bank account would become the least of your problems (and no one is going to give a bank account to a stateless person).

Sorry, missed the previous posts re: taking citizenship. Where do you live?

I’ve lived overseas since 2002. Recently I was asked (told) to close my bank account because I am American. It seems the bank doesn’t want the extra burden that having an American client requires (lots of IRS forms)… mind you, this is a bank in a foreign country.

I don’t have a second citizenship, but it may come to me having to renounce my US citizenship and become stateless to maintain my life here. I believe I could obtain a UN Stateless Persons document which, as I would no longer be American, should allow me to open a bank account so I can pay my bills.

Being an ex-pat I am tired of being singled out for my pariah-nationality. It is getting harder and harder to function in the rest of the world.

I’m not sure the US would recognize your renunciation unless you had another country to become a citizen of. Anyway, it sounds like a huge hassle to go through: Pertinent column by Cecil.

Some banks in Thailand will no longer accept new American customers due to Fatca, but I’ve not heard of anyone being asked to close his account. I still have all my accounts.

The US allowed a guy in Slovakia to renounce his US citizenship and become stateless. He was able to get a stateless person document from Slovakia and now has citizenship there… or at least permanent residency. I have no means to obtain another citizenship and without banking services, it is impossible to pay my utility bills.

Renouncing your citizenship without having another is usually a really bad idea. Will no other bank let you open an account?

Not that I have found, no. One bank will in a neighboring country with a very high minimum balance (500,000 USD roughly). There is no way I can do that.

Surely there are other banks around? For example don’t any of the big American banks have branches in your country–like Citibank?

Those are separate companies and may do such beautiful things as claim that the reason they haven’t credited your international e-transfer after a month is because they “don’t know the sending bank”. That was specifically Citibank-to-Citibank.

Citibank or any other American bank in another country is not the same bank, it may be a subsidiary but it is a local bank incorporated and operating according to local laws. It is not like they share information or even organization with their parent bank.
Many banks around the world are closing the accounts of American citizens or residents due to FATCA and this is causing problems for expats like the OP, American retirees in other countries, people who have never lived in America but have American nationality because they are children of American citizens, people who are not Americans and do not live in America but are married to an American…

Number of US expatriates renouncing citizenship surges
FATCA Will Have Devastating Impact on American Expatriates
In the short term FATCA is creating a nightmare for many individuals and for foreign banks. It will be interesting to see the long term effects. I think there is a good chance this will backfire in the long run and be an incentive for other countries to develop banking systems more independent from the USA.

Over the decades the USA has enacted laws intended to protect the American shipping and ship-building industries but which, in effect, have had the opposite effect and the American commerce fleet has, in fact, been shrinking and aging over the decades.

I think FATCA will probably be another case of the Law of Unintended Consequences. 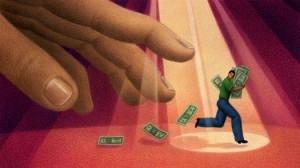 Most Americans I know who live abroad are getting around FATCA by hiding their American nationality and only using another passport. (This is not an option if you do not have another passport like the OP.)

Some families are dealing with this by having one member renounce American citizenship while the rest keep it. But, as has been pointed out, Americans who renounce their citizenship are punished and treated by American law even worse than those who were never Americans to begin with.

It smells like the punitive laws passed in so-called “unfree” countries where those trying to get away were deemed traitors to their country and had their property seized or their families punished.

I believe all this is ill-conceived and will backfire. But American politics are fueled more and more by ideology and less by practical concerns so I do not know if there is much probability of FATCA being repealed or substantially modified in the near future.

The problem is that once a law takes hold, even if harmful to the economy as a whole, if it benefits someone or some sector in particular then it is very difficult to change.

Once the law of unintended consequences hits, rather than turn back, lawmakers tend to tinker with some details leaving the main part untouched.

From its height at the end of World War II, the modern American merchant marine has shrunk to a tenth of its former size.
[…]
Overall, in 1955, the US Flag fleet represented almost 25% of the world’s overall tonnage while the US share today is approaching only a mere 2% of total world tonnage.

(The author wrote that badly. The US merchant marine has not shrunk to one tenth of its former size. The US share of world’s tonnage has shrunk to less than one tenth of what it was in 1955. Huge difference.)

So, in the case of the OP, the options I can think of would be:

I have no means to obtain another citizenship and without banking services, it is impossible to pay my utility bills.

I’m finding this hard to believe as literally true. Is every single person in your country of residence (not sure why you’re unwilling to say which country that is, you might get more specific responses) required to have a banking account? There are no unbanked people, except for the homeless, in this country?

I can imagine it would be more difficult, but I find it hard to believe that they only accept funds directly from a domestic bank.

I work for a major U.S. bank and it is my understanding (I don’t work in this area but have recently had some contact with these policies when working on a project that faced significant wrinkles due to having to account for customers living outside the US) that if you are a U.S. citizen you can have a primary address in any non-OFAC country and we don’t care. I do not believe, however, you’d be able to establish the relationship remotely, however.