There seems to be some debate about what “best” means.

On one hand, the list says “Greatest” which implies more than just “stuff I like”. On the other hand, the page about how they made the list says they asked a bunch of people for their “favorite songs” which makes the list even less interesting to me. I mean, a list where a song I don’t especially care for can have its place defended by talking about its influence can at least be a bit educational and allow for respect. A list of “Here’s songs I like” might as well be Rolling Stone slapping its name on top of a Facebook post/thread.

I’d have more trust in the Facebook page. Facebooker’s are supposed to be stupid. Rolling Stone doesn’t have that excuse.

It’s not a bunch of old people mad that some 2016 song is on the list, they just don’t understand why the top Beatles song was “Strawberry Fields Forever” (me neither)

Yeah, I know, those damn boomers always wanting lists of “greatest songs” to actually have great songs. To these youngsters, any opinion is valid. Yesterday or Call Me, Maybe can be the number one best song of all time on any day, and why not?

Isn’t that who reads Rolling Stone?

Five of the top ten I’ve not only not heard, but never heard of.

Personally, I don’t have any complaints about this list. It’s a reasonable list. It’s very different from the list I would make, but I find no fault with any of their choices.

This so nicely captures my thoughts that I’m just going to “^ This” it and be done.

I can’t speak for the Boomers, but Gen Xers? Anger? The most you can get from us is a shrug and a “whatever”. We’re Generation X. We honestly couldn’t care less about anything.

Yeah, I know, those damn boomers always wanting lists of “greatest songs” to actually have great songs. To these youngsters, any opinion is valid. Yesterday or Call Me, Maybe can be the number one best song of all time on any day, and why not?

Yes, you got me. I like lists of “best songs” to actually have best songs.

You say that as if science and rating songs have anything to do with each other.

Like I said above, this list looks fine and a good argument can be made for them being the greatest songs ever. You list “Yesterday.” On my list, “Yesterday” probably wouldn’t even make the top several thousand songs. I don’t think it’s great, and I don’t get why people like it. But I’m not going to fault anyone for putting it on their list. Clearly, it has some value to people. Now give me “Tomorrow Never Knows” and you’re speaking my language. Or “Something” if you want a more “straightforward” song. Million times better than “Yesterday.”

These are all fine choices for this type of list.

Coming in here as a Gen Xer with a 40 year Beatles obsession - if you’re doing a subjective list of the best Beatles singles, I have no problem whatsoever if you put Strawberry Fields far ahead of all the others. And I’m one who thinks “I Feel Fine” is sublime.

IMHO, “A Day in the Life” doesn’t even make it into the top 3 of the 2nd side of Sgt Pepper.

I never listen to “Yesterday”. “Imagine” is a very poor Lennon song. “You’ve Got to Hide your Love Away” pisses on both of them.

You can pick almost any 6 songs from the “Hard Day’s Night” album that are better than anything any of the 4 ever did after the end of 1967.

Edited to add - “Come Together” is fantastic, not sure how that fits into my logic here…

It’s an interesting list, but I can’t imagine there’s any actual individual person in the world whose list would much resemble this one

Yeah. It’s like bad small-city American
architecture. When you try to create by committee, attempting to meld everyone’s ideas, you end up with a Frankensteinian hodge-podge of pointlessness.

Which really is as good a way to make a “greatest” list of songs as any other. Seriously, I have very little issue with this list. One odd one that sticks out to me is Lorde’s “Royals” at #30. I mean, I like the song, but it seems weird included on an all-time list already. I guess I get that they want to mix it up and keep some fresh songs in there so it’s not just the millionth boomer-fied (or Gen X-ified) list out there, but as much as I think the song is solid, it feels a bit gratuitous to me (and there’s much better songs by her on her follow-up album, IMHO.) Was it that big a deal when it came out? I don’t remember it being particularly important, other than it’s a song people across listening generations seemed to agree on being a decent song.

One odd one that sticks out to me is Lorde’s “Royals” at #30. I mean, I like the song, but it seems weird included on an all-time list already.

That’s how I felt about “Paper Planes”. Anyway, I’m not “upset” about the list because it’s just a list of songs but it does feel like a number of songs are elevated just because they’re “good enough” to make a large enough number of lists at a moderate position and accumulate enough points to rank higher than more controversial choices. So the “greatest songs” are mainly people’s #40 choice or something. I guess that’s a fair way of evaluating things but hard to get interested in it.

Was it that big a deal when it came out?

It was literally everywhere when it came out. It spent 9 weeks at #1 on the Billboard Hot 100, won Song of the Year and Best Pop Solo Performance at the Grammys and generally has been considered a highly influencial song (the song’s Wikipedia page has a “Legacy” section). Lots of publications have ended up naming it one of the top songs of the 2010s.

Yes, you got me. I like lists of “best songs” to actually have best songs.

I probably shouldn’t have to point this out, but…Science is objective. Music tastes aren’t.

) to create an algorithm that measures a song’s popularity by taking the slope of it’s play count over time. All songs will get played more when they first come out, then they decline. But GREAT songs decline slower and will never go completely out of circulation.

My general thinking is that a song gets credit for “plays”, but that credit increases over time.

So, take a Beatles’ song (“Let It Be”). Came out at #1 in 1970 and stayed there for two weeks. Later that same year*, “Close to You” was released by The Carpenters and stayed at #1 for 4 weeks. But I can pretty much guarantee you that by 1974 (and probably earlier) and CERTAINLY today, “Let It Be” is played much more often than “Close to You” and, thus, is an objectively greater song.

And I would also suggest that “Let It Be” is probably, even today, played more often than a HUGE number of the songs ahead of it on the Rolling Stone’s list.

The real challenge, of course, is the actual algorithm. Radio plays should be relatively available given the right sources (Billboard, etc.) and that really covers things up until about 1981 (except singles and albums - see below). Now we have MTV and then the various competitors and off-shoots. How to account for them? Because you had to have a video to make it on MTV, older songs are going to be heavily penalized if you weight these plays as equal with radio play (even though each play on MTV had an audience which vastly exceeded even the largest radio stations). Meanwhile, during the entire time, you have to figure out single sales and album sales. If I bought the album “Let It Be”, should that count for the song “Let It Be”? What about “Two of Us”? This gets even more complicated if you fast forward to 1999 (Napster), 2003 (iTunes), and 2005 (Pandora) since it is now possible to actually count EACH song’s plays whether they’re purchased as part of an album or not. So there are obviously some issues to be worked out…

Add in the “influence” factor (this song didn’t sell a lot or get played a lot, but enough of the right people heard it and it spawned a (sub)genre and X famous bands would all be unknown) and we’re well down into madness.

And the end result would be a list that would engender just as much argument and disgust as the RS500 (well, maybe not quite as much, but still…).

A side benefit though would be that such a list needn’t stop at 500 - you could rank the Top 25,000 Rock and Roll songs!

I love that idea, especially as a thought experiment. Let’s hash it out with a few questions, first:

Thing about YouTube and streaming is you may see a song with 1.5 billion views and think ‘OMG, this may be the most listened to song ever’, but if the nations 587 classic rock stations belted out ‘More Than a Feeling’ to an average audience of 10,000, they would be limited to playing the song only 250 times in total. And that fucker gets played at least twice a day. 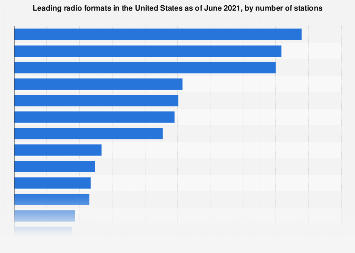 Country music stations were most frequent radio formats in 2021, with 2,200 unique stations in the United States that year.

So, I’m thinking… if you count each listener as a separate ‘play’… then, yes, one of the Rock & Roll ‘standards’ likely has a good shot. My gut is saying Satisfaction or Stairway. But, hell, the Boston song above is a strong contender as well.

If you want to throw in another variable, the number of times a song is covered by other artists could be included. I believe the winner of that would be ‘Yesterday’, then ‘Satisfaction’ by the Rolljng Stones.

But if used, it should probably be a minor factor as there are plenty of reasons great songs don’t get covered. For one thing, they may be technically difficult or the singer may have a range that is hard to match. That’s why you don’t see a lot of covers of Rush songs or Heart. Led Zeppelin has a lot of tough vocal parts as well.