Russia may be about to invade Ukraine. {Russia has invaded as of Feb 24-2022} 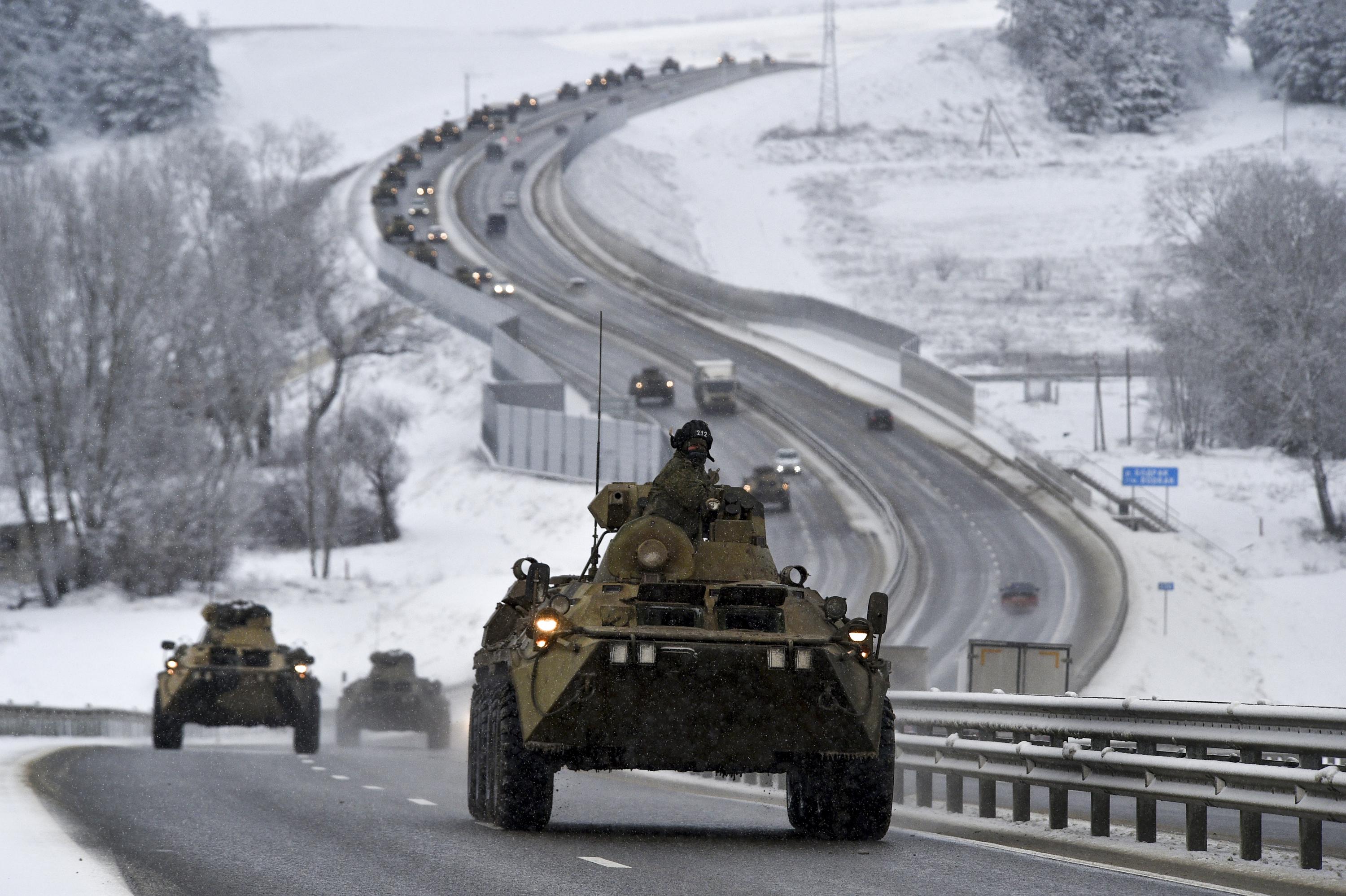 MOSCOW (AP) — Russia is a sending an unspecified number of troops from the country’s far east to Belarus for major war games, officials said Tuesday, a deployment that will further beef up Russian military assets near Ukraine amid Western fears of a...

Perhaps the wider separatist movement the Kremlin stoked a few years ago in Ukraine – to create a new state called “Novorossiya” – will be reignited. (The map shows the territory the Russians want.)

And the design of the Novorossiya flag is really… not subtle.

Senior State Department official says that Russia is moving troops into Belarus and it is unclear who is currently in charge of that country. Said that Belarus president Lukashenka has become so weak at home that he has turned to Russia for support, and now Putin is “calling in the IOUs.” The two countries are currently engaging in “joint exercises,” but it looks like a ruse to move troops into Belarus for an attack on Ukraine.

MODERATOR:  Thank you operator, and I’d like to welcome everyone to this afternoon’s on-background briefing.  I especially appreciate the fact that everyone’s joining us on fairly short notice today. The focus of today’s call will be on...

So all of this shows us that Lukashenka’s position has weakened, possibly beyond recovery. The dynamics around the referendum have an effect on the domestic situation, and the developments recently in Kazakhstan are also reverberating in Minsk. Over time, Lukashenka has relied more and more on Russia for all kinds of support, and we know that Putin doesn’t give that support for free. It’s clear Russia is preying on Lukashenka’s vulnerability and calling in some of those accumulated IOUs. There is no escaping that having dedicated his 27 years in office to claiming to be the guarantor of Belarus’s sovereignty and independence, Lukashenka has increasingly shown that he will trade it all in order to stay in power.

So – which raises, I think for us and for many other observers, a key question, which is: What levers of control does Lukashenka still hold, and how much of that control has he passed to Russia? Is he even a part of the decision making about how Belarusian territory is used? So these are the kinds of questions that are on our minds as we look at these exercises that are underway and as we observe the political dynamics inside Belarus.

(The map shows the territory the Russians want.)

On the plus side, Russia’s move to take troops into Belarus, puts them out of the way of where they would be wanted. (Granted, that may simply be to force Ukraine to fight a multi-front war.)

On the plus side, Russia’s move to take troops into Belarus, puts them out of the way of where they would be wanted. (Granted, that may simply be to force Ukraine to fight a multi-front war.)

It’s 100% putting troops in BETTER position to invade Ukraine. This flanks Ukraine, puts Kiev in far more danger, and could place Russian formations on the western side of the Dnieper, denying it as a defensive line.

It’s 100% putting troops in BETTER position to invade Ukraine. This flanks Ukraine, puts Kiev in far more danger, and could place Russian formations on the western side of the Dnieper, denying it as a defensive line.

If Putin wants to take land, it would only be regions with a decent Russian speaking population. In general, he would want to avoid civilian deaths, preferring to take over the East/Southeast, and just kick out anyone who would oppose Russian rule.

Nine times out of ten, he’s looking for a fait accompli, not a war. He might rush towards Kiev, to distract the Ukrainian military while the provinces vote to secede and vote the Russian troops in - or whatever - but in general there’s no winner if he tries to take the more Ukrainian part of the country and he’ll be destroying himself if he starts bombing Kiev and footage starts going out of civilians getting murdered by Russian troops.

There’s no benefit to creating a 9/11 situation where the whole world gives the thumbs up to wreck someone’s day, once the footage gets out.

The troops that matter are in the Southern part of the Eastern border. The others are there to scare and distract. They might shoot at soldiers up North and make aggressive moves towards Kiev, but taking the whole enchilada isn’t in the running.

I’ve just been reading this thread from several months back and it’s been an informative discussion – and a very disturbing prospect. There’s a long and sordid history of Russia plundering Ukraine, not just for territorial gain per se but for its resources like its rich farmlands. One of the most tragic events in modern history:

How Joseph Stalin Starved Millions in the Ukrainian Famine

I notice that Biden managed one of his gaffes again recently in discussing this threat, implying that “minor incursions” by Russia wouldn’t be a big deal (but by golly, they better not try to take over the whole country!). This caused tremendous consternation in Kiev, and the WH press secretary had to walk it back, saying that “minor incursions” meant things like computer hacking, and not military territorial incursions. I suspect the US and its allies are going to have some tough decisions to make pretty soon.

If Putin wants to take land, it would only be regions with a decent Russian speaking population.

Oh. not in a million years do I think Putin wants to occupy Kiev or western Ukraine, but moving on it ends a war very quickly. Ukraine can’t just leave it open, so they must reposition troops from the parts Putin does want. 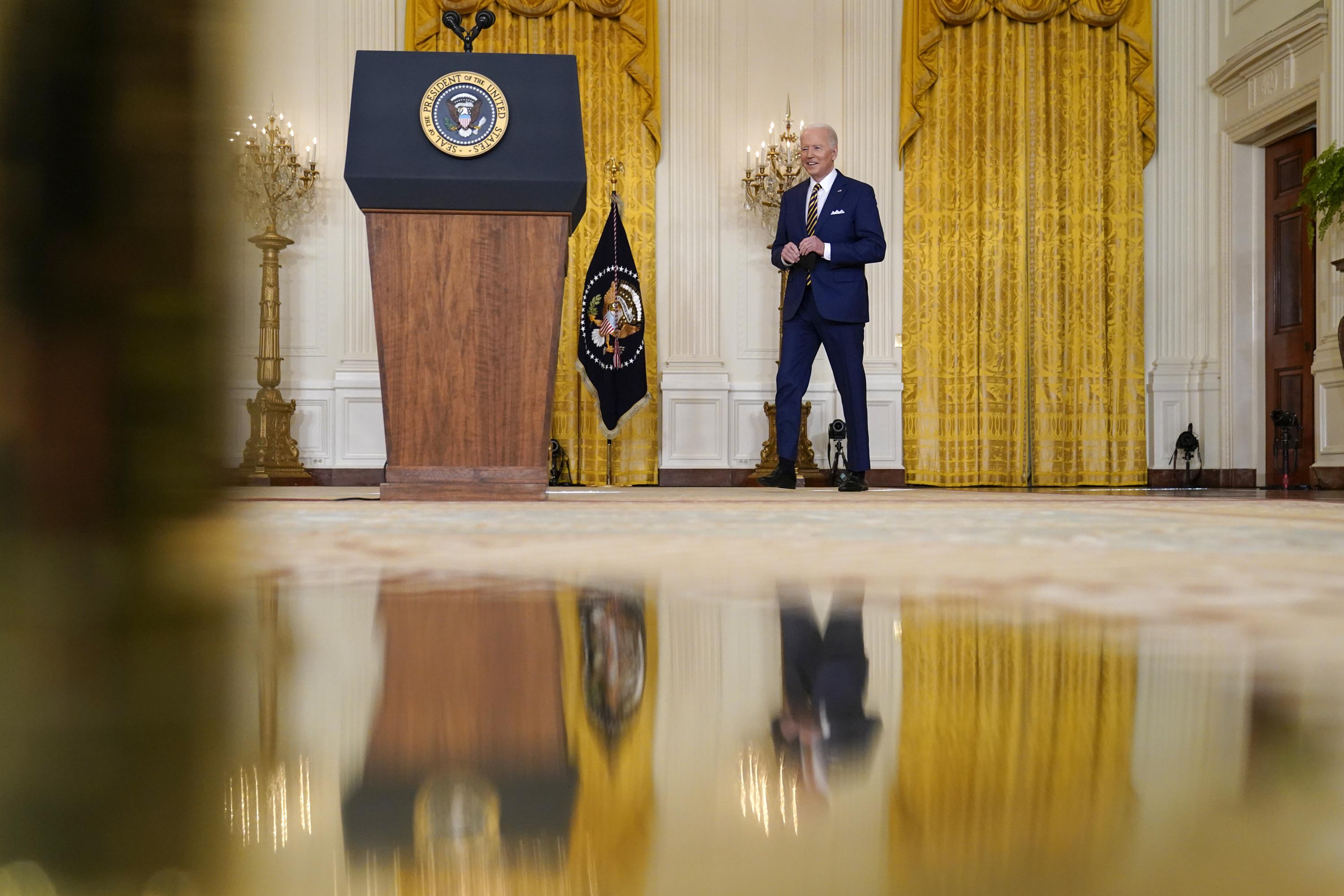 WASHINGTON (AP) — The U.S. Treasury Department levied new sanctions Thursday against four Ukrainian officials, including two current members of parliament who administration officials say are part of a Russian influence effort to set the pretext for... 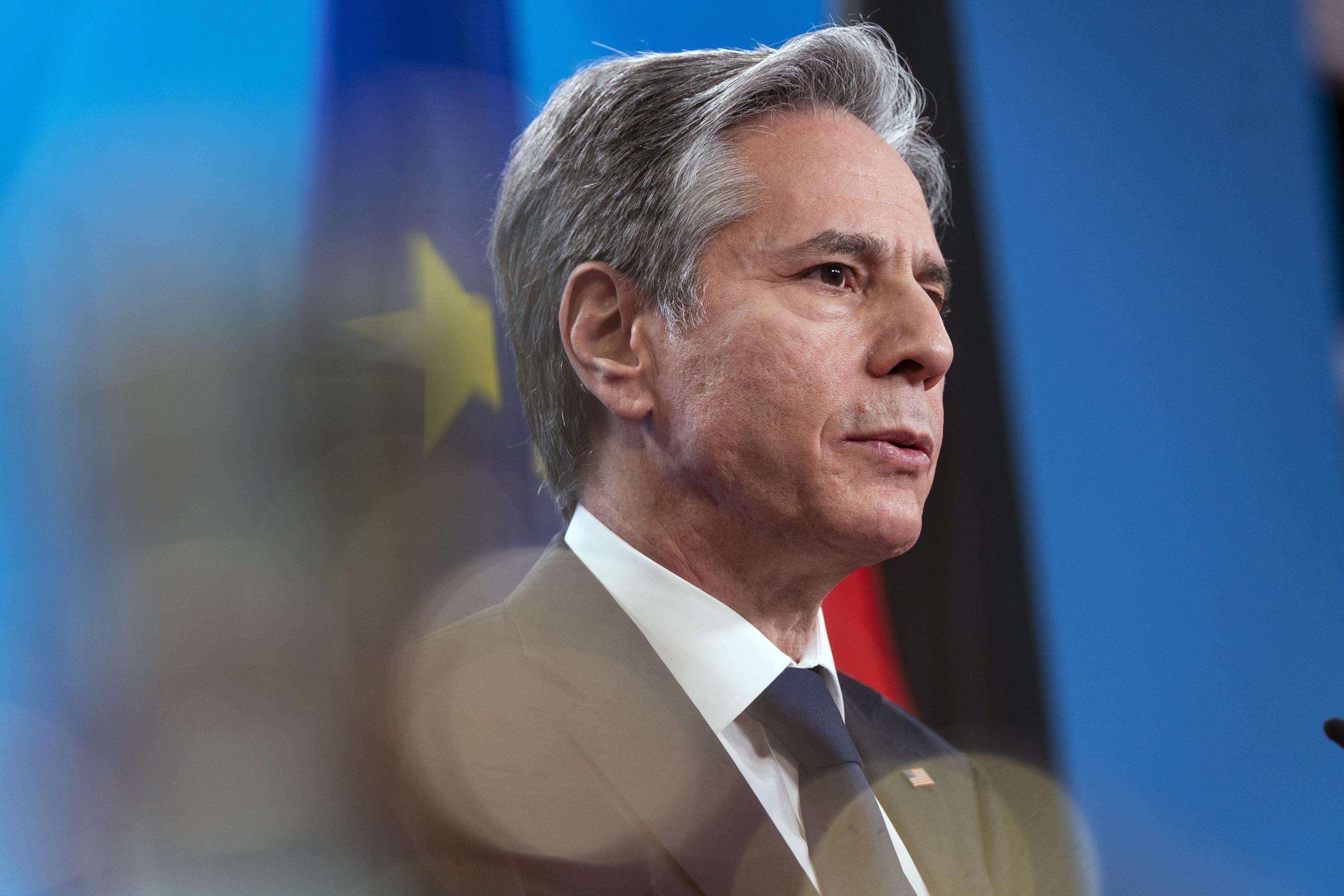 US: Swift, severe response if Russia sends troops to Ukraine

BERLIN (AP) — U.S. Secretary of State Antony Blinken warned Thursday that there would be a “swift, severe” response from the United States and its allies if Russia sends any military forces into Ukraine.

Alexander Vindman is on MSNBC with Nicole Wallace and he’s convinced that war is coming.

For those who may have a better idea, what level of mismatch are we looking at if war does break out?

The US vs. Iraq in 2003?
Germany vs. Poland in 1939?
The Union vs. the Confederacy in the Civil War?
Iran vs. Iraq during the 1980s?
The British vs. the Americans in the Revolution?
Somewhere in between these options?

I included the last one as an option for those who think Ukraine has a chance.

ETA. My uneducated guess is that Germany vs. Poland in 1939 is probably closest situation of those listed, but that’s just a guess.

For those who may have a better idea, what level of mismatch are we looking at if war does break out?

Given that Russia could generate a worldwide nuclear winter and Ukraine can blow up some tanks, it’s really just a question of how much Putin wants to commit to it and what sort of consequences he’s willing to accept.

As I said above, I don’t think he would want a direct war. If he can figure out a way to run in, claim land, and simply hold position then that will be his preference. He’s probably got a slew of Russian aligned politicians and military commanders hidden in Ukraine, so he just needs to see if they can swing it so that he can enter a reasonable area without notable resistance. After that, it’s a fait accompli and he just needs to play defense and let Ukraine eat through its budget and political resolve.

There will only be war if the western war mongers make it.

The western war mongers? I had no idea all those tanks and soldiers on Ukraine’s border were western. Thanks for the update.

Biden did not help the situation at all with his press conference. He basically gave Putin the go-ahead for a ‘limited incursion’, and he let the cat out of the bag that western Europe was divided and couldn’t agree on a response. The inevitable walk-back the next day just made it look like the President is weak and his administration divided. All of that made a war more likely.

Still boggles my mind that Ukraine didn’t massively beef up its military post-2014. Sure they made some incremental improvements but nowhere near enough.

Would it be accurate to summarize your position as: the US both does and does not have an influence on whether or not Russia invades Ukraine ?

Huh? Of course Putin’s decision to invade will be partly based on his perception of the response from the U.S. How could it not?

At the same time, the decision to threaten an invasion in the first place is not driven by U.S. actions, but by internal Russian politics and perhaps Putin’s desire to reconstitute as mich of the old Soviet Union as possible.

If you want to read that as ‘The US both does and doesn’t have influence over Putin’s decision’, well okay. That’s been true of every war since the start of the 20th century.

Just from some stuff I heard on CBC news: Canada has contributed $120 million to help the stability of Ukraine and its defenses. The US has contributed $200 million. Canada is still considering Ukraine’s request for weapons systems like anti-aircraft and anti-tank.