Russia may be about to invade Ukraine

Ukraine has a population of 43Million, somewhat similar in size to Iraq at 41Million.

The US reaped a world of pain from the Iraq adventure at huge cost to the US taxpayer.

Ukraine has a long history of being part of Russia. Iraq does not have any history at all of being part of the US (let alone being ruled by the US as an occupied territory). There would be much much less resistance in the Ukraine to Russia reabsorbing it than there was to the US occupying Iraq.

It would be interesting to know the balance of public opinion in the Ukraine regarding this.

Somehow I don’t think they would be very keen unless Putin came bearing the same sort of prosperity that has been the experience of the former Soviet states that joined the EU. They just want to live in a normal country with a fuctioning economy rather than some nasty brutish regime run by a thuggish Putin loyalist like Lukashenko in Belarus. Ukraine has been there before, during the Viktor Yanukovych years before he was kicked out in 2014. Perhaps he will be back? Viktor Fedorovych Yanukovych (Ukrainian: Ві́ктор Фе́дорович Януко́вич, pronounced [ˈwiktor ˈfɛdorowɪtʃ jɐnʊˈkɔwɪtʃ] (listen); Russian: Виктор Фёдорович Янукович; born 9 July 1950) is a Ukrainian politician who served as the fourth President of Ukraine from 2010 until he was removed from office in the 2014 Ukrainian Revolution. From 2006 to 2007 he was the prime minister of Ukraine; he also served in this post from November 2002 to January 2005, with a short interruption in December 2004. Aft...

Ukraine has a long history of being part of Russia

Not a very good history, though. There are probably quite a number who still remember the oppression that came with being under Soviet rule. I doubt they will feel that Russia will be any better.

Not a very good history, though. There are probably quite a number who still remember the oppression that came with being under Soviet rule. I doubt they will feel that Russia will be any better.

Yeah, it wasn’t exactly a happy history, though most of the original inhabitants (well, at the time of the Soviet Union) of the region had been either purged or shipped out, with Russian nationals shipped in. Even for them, it wasn’t all vodka and borscht though. I mean, we are talking about the region where Chernobyl happened after all, and there are several huge dumps for irradiated materials and vehicles in Ukraine. That doesn’t even get into the myriad ecological disasters in the region that the folks there are still paying for, courtesy of the USSR. 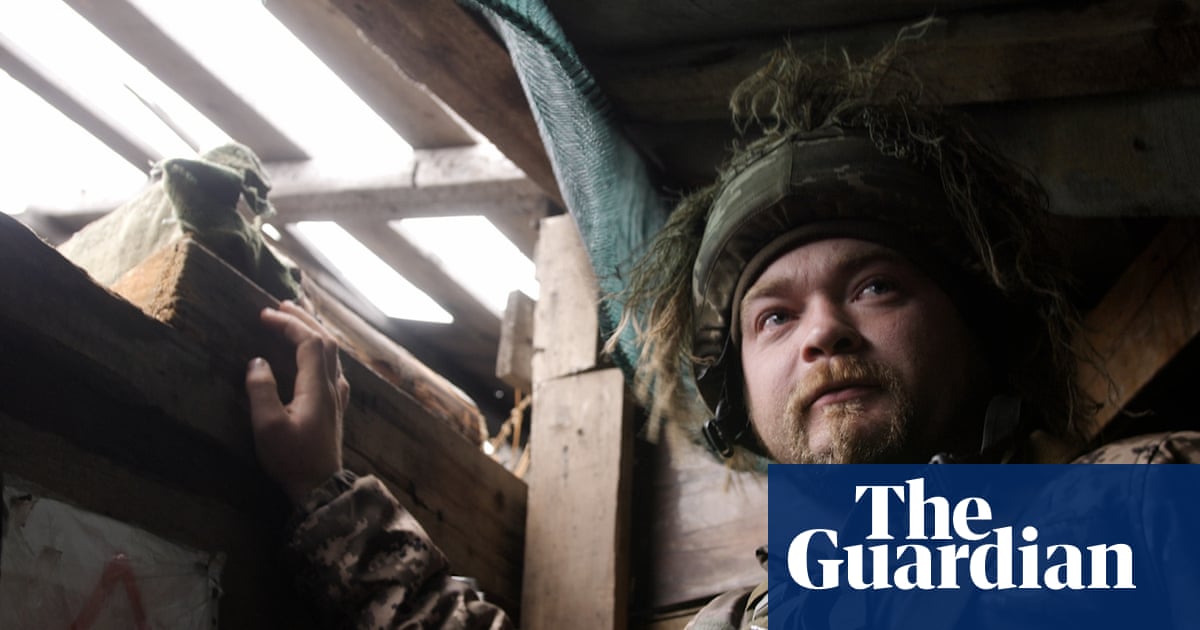 ‘Nobody wants to be Putin’s slave’: on the Ukraine frontline as tensions rise

Soldiers and residents living in the shadow of Russia’s military buildup describe the toll of the long, unresolved conflict

They make the point that the Ukraine, after eight years of war has, a 300,000 veterans that could form a partisan army to resist a Russian occupation and make it ungovernable. Ukraine also now has much better weapons that in 2014. It would be bloody. Ukraine is a signficant arms manufacturer, there are no doubt large caches of arms all over the country as a consequence of the 2014.

Turkey is in an interesting and contradicitory position, buying missiles from Russia and selling drones to Ukraine.

But drones are much cheaper and can deal with artillery and tanks and Turkey seems to have developed a significant market share of these battle tested weapons.

I wonder if their performance in this is what is worrying Putin and account for the modifications seen on top of Russian tanks? 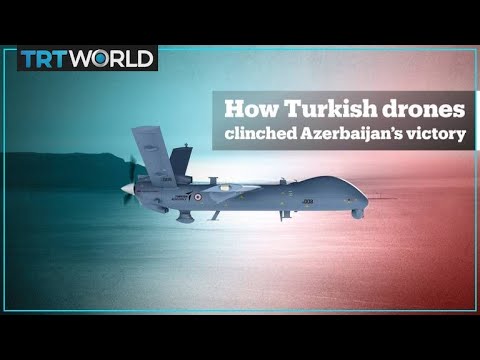 Those combined with the Javelin anti-tank missiles from the US?

If Russia experienced significant losses during an invasion of Ukraine fighting against a nation that very similar in culture to Russians and that plunges the country into an economic war with the West?

That is a lot of risk for not much gain. It would not be a smart move.

Influential Russians have lots of money salted away in Western financial institutions. If that came under threat and a few luxury yachts were impounded, Putin would come under a lot of internal pressure. I am sure that if the West wanted to seriously damage the Russian economy, it could be done with a few phone calls.

ISTM that having thousands and thousands of Ukrainian snipers would be an ideal asymmetric approach. Snipers have a disproportionate effect on the enemy; one or a few snipers can greatly bog down the movement of Russian infantry, especially in the city, and it is very demoralizing and unnerving to face one or multiple snipers who can kill you without you even spotting them.

Many Ukrainian snipers perched outside and inside the outskirts of every town and city could make it extremely difficult for Russian infantry to advance into the city. They couldn’t stop Russian armor, true, but that would be someone else’s job.

That depends on whether the enemy you are fighting cares about the human shields you are using.

Not that hard to bomb down an entire building to take out a sniper.

Putins timing is all wrong. The noises coming from the West and NATO are consistent and show solidarity.

A year ago that would not have been the case. 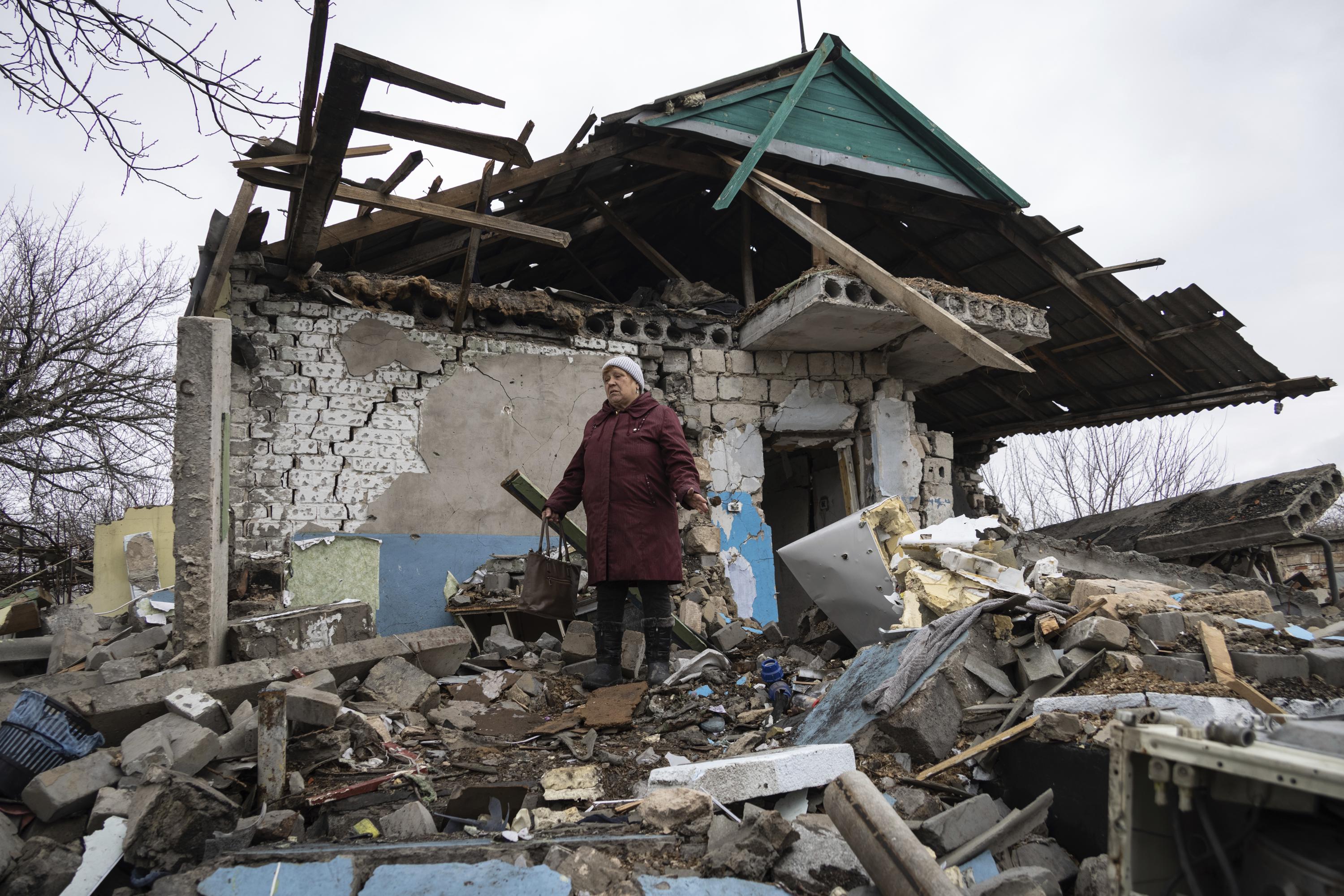 NEVELSKE, Ukraine (AP) — Liudmyla Momot wipes away tears as she searches for clothes and household items to salvage from the ruins of her home that was shelled by Russia-backed separatists in eastern Ukraine.

That ‘leaked’ document may have been a trial balloon to test reaction to a potential invasion. Or it may be a smoke screen, hoping to make us think nothing will happen until February.

I hope that immediately after that letter ‘leaked’, western militaries started wargaming what happens if Russia invades before Christmas. Because I would assume that a leak from the Kremlin was intentional, and would start thinking about the purpose of the leak. It may have been a true leak and not disinformation, but I’d hedge my bets. ‘Leaking’ fake plans is a tactic as old as warfare.

Some thought that Putin would use the US-Russia talks to de-escalate the Ukraine crisis and then declare “victory.” Instead, Russia said the talks had failed.

Now there’s news today of a cyberattack on the websites of Ukrainian government ministries.

And the US thinks Russia is planning a false-flag attack on Ukraine in the coming weeks.

Watch this thread – it could spring to life again soon.

Let’s hope not. Personally, I’m hoping Russia and Putin are simply playing mind games or these are trial balloons to just see what the West will do…or won’t do. I think there are a lot of stresses on the US’s political and economic system right now, let alone Europe…but that there are a lot on Russia too. The wrong move could produce a tumbling house of cards globally. 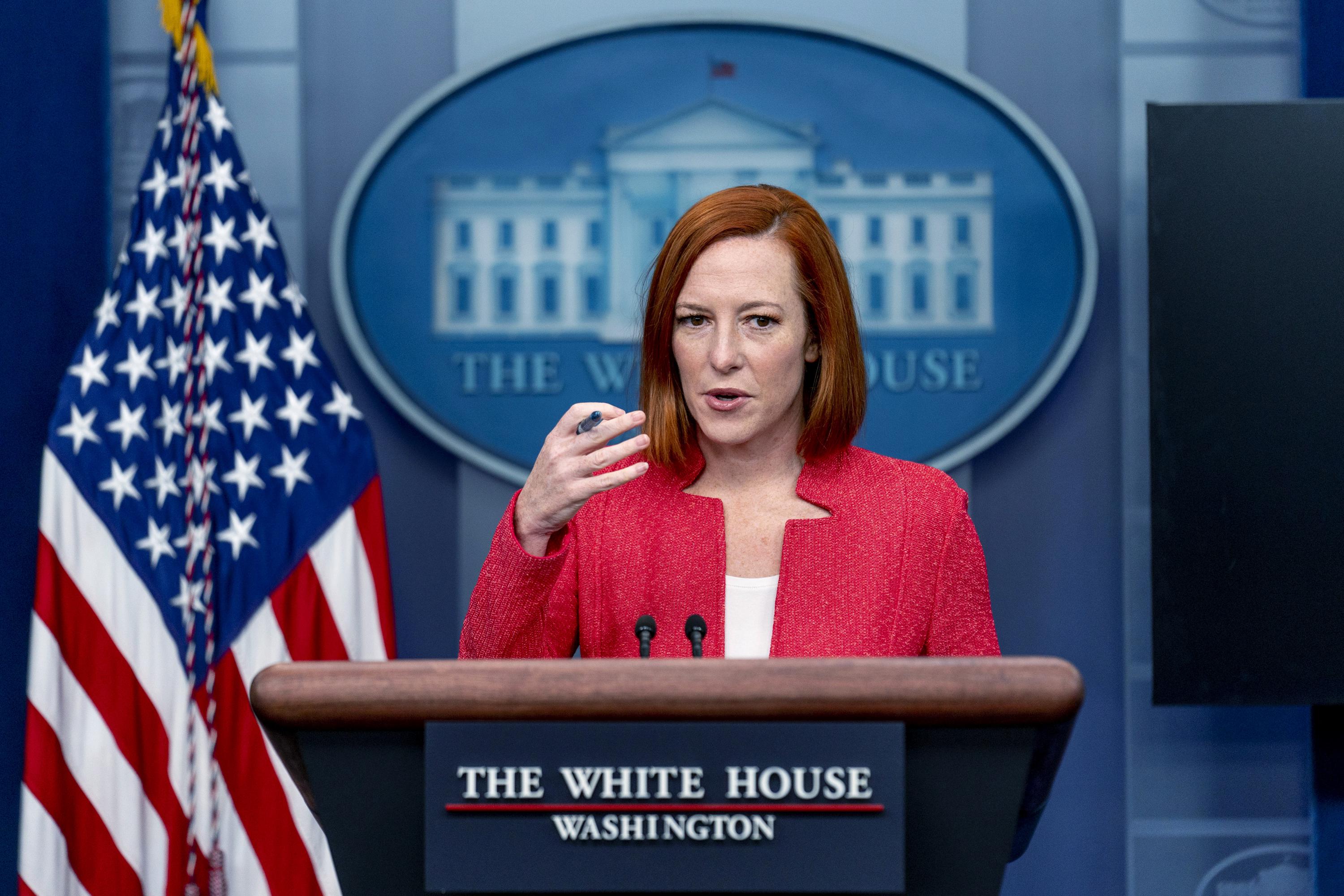 WASHINGTON (AP) — U.S. intelligence officials have determined a Russian effort is underway to create a pretext for its troops to further invade Ukraine, and Moscow has already prepositioned operatives to conduct “a false-flag operation” in eastern...

Interesting data point (well, interesting to me). I just heard a loud aircraft take off from Huntsville Intl. airport. As I sometimes do, I went to planefinder.net–and it’s showing as an Antonov A-124 (a heavy-lift aircraft much like the C-5A Galaxy) just took off heading for Kiev…and Redstone Arsenal, home of the Aviation and Missile Command, is right next to the airport.

Now albeit, if it was something moderately secret, they’d be using the airfield at Redstone, but it’s still mildly interesting, considering the tensions around that area.

Ok, end of conspiracy-mongering. If you’re curious/skeptical, it’s on https://planefinder.net/ with no flight number listed. Right now it should be just south of Chattanooga (1524 hrs CST)

And it’s now well north of Kiev, headed towards Iceland. Here’s the link I’m using to track it:
https://planefinder.net/flight/ADB323F

Time to test out the BONUS sensor-fuzed munitions as well. Would like to see Germany donate a couple thousand to Ukraine so that Ukrainian howitzers can put the smart shells to the test.

Apparently diplomats were quietly called back from Ukraine. Blah.

The AP just posted this: 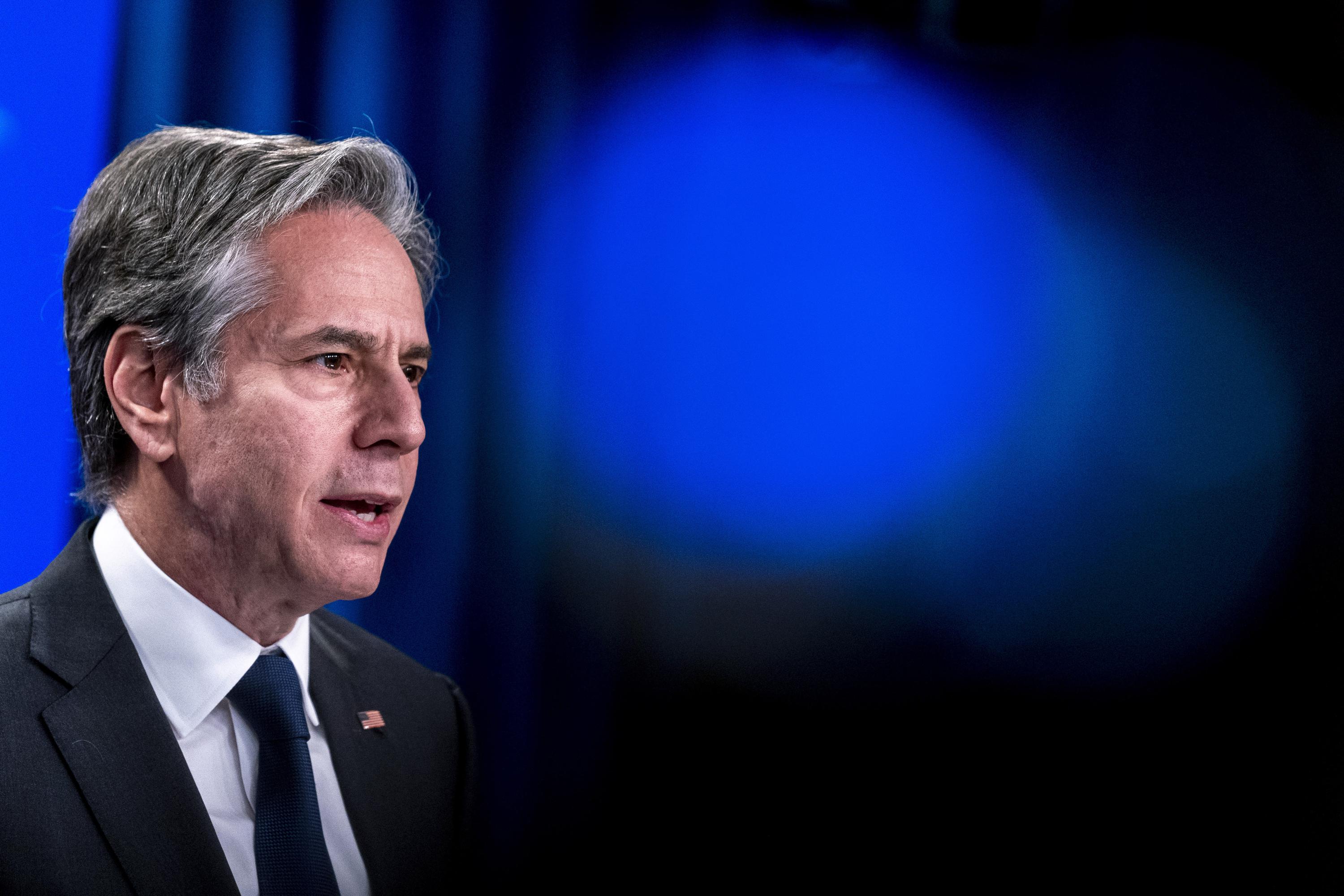 WASHINGTON (AP) — Secretary of State Antony Blinken will visit Ukraine this week and meet with President Volodymyr Zelenskyy as tensions between the U.S.

If Russia wants to invade, it has a limited time window. By March, the spring thaw will make Ukraine muddy enough to greatly hamper the movement of heavy tanks and armored vehicles.

In terms of responding to this in a way that’s more liable to get Putin to back down, I feel like we’re doing it wrong.

If you’re going to send people to tell Russia to back down, you want it to be a show of how many countries Russia will be dealing with. You should have the UK, France, Germany, etc. all in there giving the same message.

But, better than that, you just tell them what the consequences are if they go ahead and leave it at that. The more you send in people to try and talk it through - when there really is nothing to talk through - the weaker you make yourself and the more you convince the enemy that you’re going to quietly pretend that nothing ever happened, after the invasion actually begins.