OTOH, we properly recognize that the letter “z” is pronounced “zed”, not “zee”. The only justification for the “zee” pronunciation is so that the children’s alphabet song will rhyme.

You will note that this creates an impactful four-part rhyme with “vee”, the abominable “zee”, another “see”, and the final “be”. It also strongly implies that a child’s feeling of happiness and well-being is directly related to knowledge of her ABCs and the rhymes therein. The obvious implication is that individual happiness is the ultimate goal, and that with a little learning and determination, success is inevitable in the Land of Opportunity.

The American “zee” thus represents a staked-out position in what is essentially an ideological conflict between the individualistic nature of American capitalism versus the British so-called “post-war consensus” driving a national sense of general societal welfare after the devastation of war – the kind of sea change that led to the creation of transformative institutions like the National Health Service.

I’m currently writing a book on this subject and anyone who feels the need to support me can feel free to send me money, the more the better. The more money I get, the more thinking I can do.

“Judgment” always trips me up. Seems like there should be an ‘e’ between the ‘g’ and the ‘m’.

And so there is, in British English, though per OED “judgment” is acceptable as well. But in American, “judgement” looks like a misspelling, not a Britishism.

I insist on spelling it that way, as it’s one of Noah Webster’s changes that never made any sense to me. It seems that it is at least an acceptable alternate in US English, and I use it.

(And this is Microsoft, who insists that facade is spelled wrong, because I didn’t use the cedilla.)

My bugbear is “cancelled.” It’s an acceptable variant in American, but I think “canceled” is more usual so I try to fit in. I’m with the OP on “travelling,” but I force myself to use the standard American form.

I understand that one. The rule in the US is that you don’t double the consonant after a “short” vowel if the syllable is unstressed. In UK English, you do double it.

That said, I do often think that words that end in -eled or eling look dumb and will add an extra L. Both cancelled and canceled are in Chrome’s US-English dictionary, I notice.

I actually don’t think most people notice. People know the -our and -ise spellings, but not so much the other ones more common in the UK. Heck, I went the first 20 years of my life not noticing the lack of E in judgment, and I was big on spelling words correctly.

Huh. I’m only familiar with

Now I know my ABCs
Next time won’t you sing with me?

Not in any version I’ve ever heard. The song I grew up with ended:

Now I know my ABC
Next time won’t you sing with me.

Thus, far from being a paean to rugged individualism, as you suggest, the song invites a communal spirit of voices raised together in unity and companionship. Surely the same sense of unity and national purpose that stood men like Washington, Franklin, and Jefferson in good stead as they threw off the yoke of British domination and forged a new nation, conceived in liberty, etc., etc.

I would not be surprised to learn that it was Franklin himself who led the change from the awkward “zed” to the far more felicitous “zee” (he always was an inventive fellow), sensing even then that such important national questions hinge on the rhyme schemes of children’s song. I have no evidence for this, of course, but when has that ever stopped anyone?

I’m only familiar with

Now I know my ABCs
Next time won’t you sing with me?

This is almost exactly what I was going to say. I can’t remember ever hearing @wolfpup’s “happy as can be” version.

This is almost exactly what I was going to say. I can’t remember ever hearing @wolfpup’s “happy as can be” version.

It’s possible that there are multiple versions, or also possible that I misremembered and conflated it with some commercial for breakfast cereal. This is why it’s so important for everyone to send me money so I can continue this vital research.

For a reasonable fee, I can weigh in with my Canadian memory of the ditty, which you would find useful.

I don’t know but what I do know is that there is too damn much of it in the NBA!

I don’t care if it’s the locally preferred spelling, I use the one that better fits the patterns of English orthography. Traveling looks like TRAVE-ling. Cancelled looks like can-CELLED. Kidnaping looks like kid-NAPE-ing. Judgment looks like a fucking car crash. What is that consonant cluster in this word? Does it indicate that I am meant to swallow a lit cigarette in the middle of saying it?

English orthography is a tricky business because there are always exceptions to what are not really proper rules. It’s our way of keeping foreigners, especially the French, aggravated. If that means it aggravates us too, that’s a small price to pay.

French has its own eccentricities. We really aggravate the Spanish-speakers.

The final two lines in the version I learned were

I thus learned to boast and seek approval during my formative years.

French has its own eccentricities.

two thirds of all written consonants are silent.

The way I heard it was that you don’t pronounce any letter after about the 4th or 5th in each word.

The only justification for the “zee” pronunciation is so that the children’s alphabet song will rhyme.

When I first moved to Canada (53 years ago), I said “zee” and my students all said “zed”. By the time I retired, I had learned to say “zed” but more and more students were saying “zee”. Sesame St. generation, I imagine.

As for the other spelling variations, Canadians are inconsistent. (Incidentally, the concise Oxford dictionary ridicules “tyre” and “kerb”, neither of which is ever used in Canada.)

Which spelling do sovereign citizens use when they’re “not driving”? And if they use the wrong one, are they in fact driving? Or does it end up with yet another meaning?

I knew that Alphabet song as well (here in Oz). I’m pretty sure the rhythm is based on the children’s rhyme Polly Wolly Doodle.

I believe you are thinking of a different song, as heard on one of America’s greatest cultural exports. 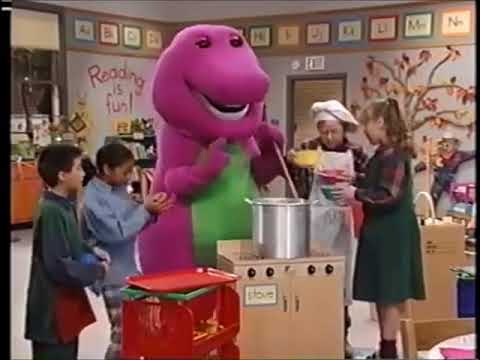 A lot of the differences between US and UK English spelling are credited to Noah Webster, who had a passion for cutting out unnecessary letters.

It should be noted that the differences were not due to Webster’s dictionary, for which he is most famous and which is generally credited for the spelling differences. Instead it was his spelling books that had the most influence in this regard. In fact, his dictionary had a lot more spelling changes that did not get adopted.