So, we’re following the continuing adventures of Clone Force 99, “The Bad Batch”. They’d appeared in the previous series The Clone Wars, and both are helmed by Dave Filoni.

We start off with Jedi Deppa Billaba and a group of clone troopers in a spot of bother - outgunned, outnumbered. She’s sent her Padawan off for reinforcements, and he returns, telling them the reinforcements are on the way. The padawan’s name is Caleb, by the way…

Anyway, Clone Force 99 arrives with an avalanche, and quickly rout the attacking battle droids. They move off, and as they do, the regular clone troopers receive a holo message.
“Execute Order 66”.
Deppa is attacked by her former comrades, and tells Caleb to run, which he does. Hunter and the rest of Clone Force 99 are confused; they aren’t compelled to follow that order as the regular clone troopers are. Hunter and Crosshair take off after the Padawan, while the others try to work out what’s going on.

…and so on. There’s quite a bit going on, and my initial impression is pretty good. On the one hand, I was able to call a lot of what happened ahead of time, but I’m pretty genre-savvy. On the other hand, I enjoyed what was going on, and the details of how they got there.
I’m a little dubious about the character of Omega, but they managed Ezra pretty well, so I’m content to see how it goes.
Early days, but I’m eager for next week.

So, for some context, this is a new animated series on Disney Plus.

I notice some other new items in celebration of Star Wars Day (May the Fourth).

Cool, glad this is out. Did I miss anything else Star Wars since The Mandalorian? The Obi Wan series is what I’m really looking forward to.

Nope, Bad Batch is the first thing since the Mandalorian ended.

I thought it was pretty good. The episode did just keep going though. I thought it was going to be a 30 min show and there I was more than an hour later. I’m a bit disappointed in them adding the kid hopefully Omega doesn’t turn into the next Grogru.

Cool, glad this is out. Did I miss anything else Star Wars since The Mandalorian?

Well, there is the fly-through and biome. 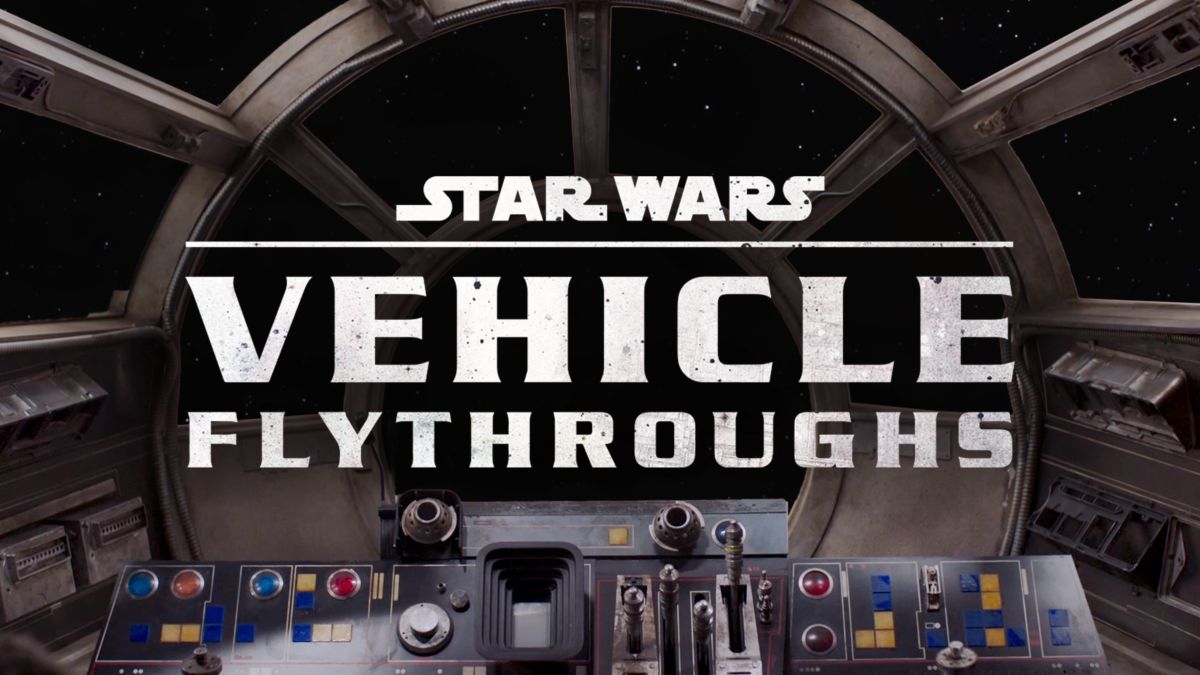 Fly through some of the most iconic Star Wars ships and vehicles.

So I think Omega’s mutation (aside from being female) is that she is Force Sensitive.

Oh man did I cry when I realized that was Kanan.

I didn’t really like the last season of TCW, but I’ll watch this in case little tidbits happen like Kanan and Saw. It’s 20 minutes a week.

Perhaps it was the accent or intonation of the speaker when I first heard about it, but I have thought it was The Bad Bitch for a week now. Disney, Star Wars universe, I knew, and yet still that’s what I thought it was called.

That’s really amazing, I guess it’s CGI but it could very nearly be real.

I completely missed that that was Kanan from Rebels. Did they refer to him by name and I missed it?

Sort of. The young Padawan in the first scene was named “Caleb”. In Rebels, it was established that Kanan Jarrus’ real name was Caleb Dume, but he started using the name “Kanan Jarrus” as an alias when he went on the run from the Empire. The rest of the character details also match (his master was Depa Billaba, she sacrificed herself to save him from the Clone Troopers executing Order 66, she died on the planet Kaller). However, I think all of the names were only specifically mentioned once or twice on Rebels, and I had forgotten them myself until I saw the commentary online about Caleb being Kanan.

Thank you! That makes a ton of sense. I can’t even use a bad memory as an excuse since I am rewatching Rebels at the moment.

Plus, that was Freddie Prinze Jr voicing the young padawan.

That’s what confirmed it for me. Once I figured out that it was Prinze I knew it had to be Jorrus but I was still a little thrown off because I didn’t remember that Caleb Dume was his real name.

So, the Bad Batch are literally a bad batch of clones, with genetic defects but also genetic advantages.

Crosshair is frail, but has superior aim and coordination.

Tech is somewhat small and has poor eyesight, but superior intelligence and technical aptitude.

Wrecker has a stunted intellect, but is physically massive and powerful.

Hunter, though, seems like he’s Just Plain Better. He has enhanced senses. Have they established that he has any defects?

Hunter, though, seems like he’s Just Plain Better. He has enhanced senses. Have they established that he has any defects?

Or is it Solid Snake?

So, for some context, this is a new animated series on Disney Plus.

Thank you. I thought someone was watching the Prequel Trilogy.

That right there is a clear demonstration of GenX vs. Millennial.