Steam Deck - the portable gaming computer from Valve. Any interest?

There’s a good write-up here about how this will work in terms of Linux support for Windows games in your library.

I’m interested, but mostly out of curiosity. I have Google Stadia (and am very impressed with the technical experience) but I simply don’t play games that often. That said, I’ve long had a hankering to play GTA V, and have never owned a system capable of playing it - so maybe this could be a portable GTA machine. I played GTA San Andreas to death on my iPad.

I can play Steam games from my tablet using the Steam Link app. It works really well for games that support a controller, because I have a wired controller I can plug into my tablet. All the hard work is done by my PC which I’m linked to, so performance isn’t an issue.

I’ve been around since the first days of Steam and have quite a big library at this point, there are many games just gathering dust simply due to lack of time to dedicate sitting at a desk/monitor but would be great for planes/trains/autos/etc. Detailed mouse/keyboard games like Civilization probably won’t be great, but I’d love it for the piles of small indie games I have.

Also price of games… I’ll drop money on a dozen games every summer sale at 5$ a pop, but rarely buy $60 Switch games on a whim.

Here’s an article regarding technical specs: 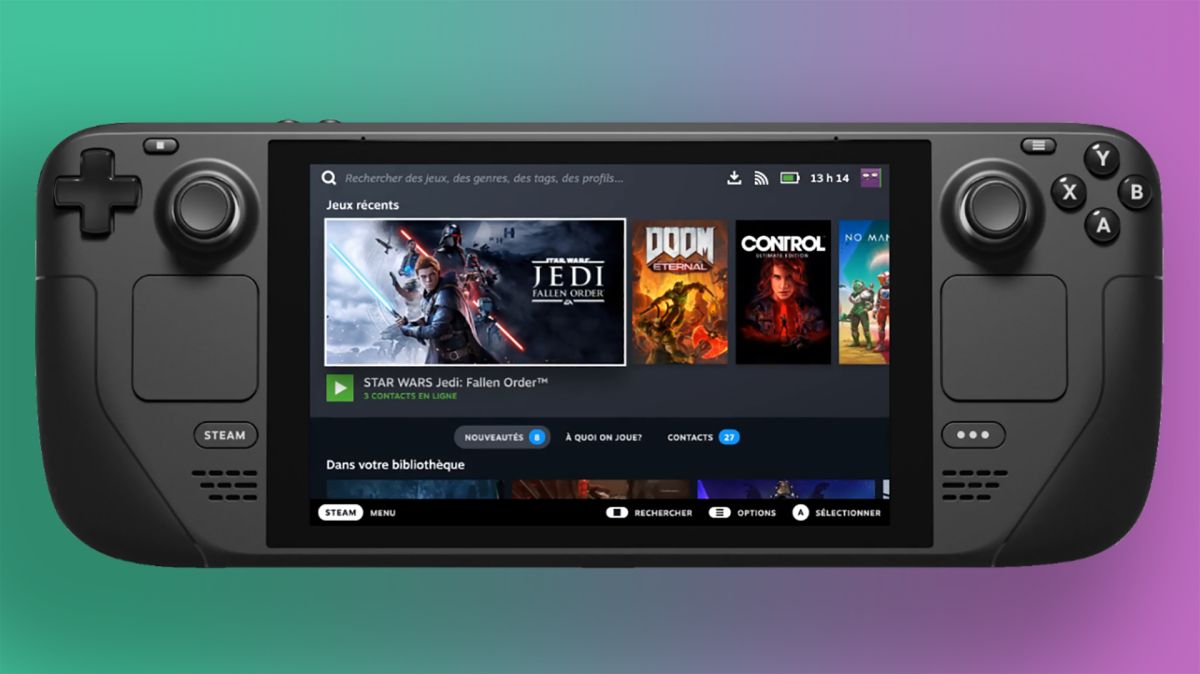 Steam Deck: what sort of gaming performance can we expect from Valve's...

The Steam Deck is powered by some of the latest AMD architectures, but what does that actually mean in terms of gaming performance?

For the CPU, the deck has 4 cores / 8 threads using Zen 2 architecture. The article compares it to a Ryzen 3 3100 but with lower clock speed to keep power and heat low.

It’s an “APU”, the AMD version of integrated graphics, but not the traditional Vega graphics. Instead it’s a downsized 6000 series. AMD measures video cards using “Compute Units”, and google says:

16 GB of ram so that’s good. I think it says it’s DDR5, which seems weird to me. I hardly think DDR4 ram would bottleneck this system.

Good to see that the performance of the Steam Deck won’t be a lot different than my PC with GeForce 1050Ti. I’m fine with a consistent 30FPS on my PC, and I would be on the Steam Deck too.

I’m interested enough to reserve a 512GB. I have a Switch, I play it in docked mode sometimes but it mainly gathers dust except when I play games like Mario Kart with others in the house. I also have a Steamlink that streams games from my PC to my TV, it works but there are a lot of glitches and slowdowns.

It will be a novelty to have a handheld PC that plays games, plus I expect I will enjoy the Steam Deck docked to my TV so I can play Steam games on my big TV. And if I enable Cloud Saves then I can switch (heh) back and forth between PC and Steam Deck.

Not interested in getting one, but I think this is great for the gaming industry. Looking forward to Nintendo’s next move.

Valve opens up a Steam Deck, revealing what’s inside. They recommend you don’t open it up, while showing you exactly how to do it. 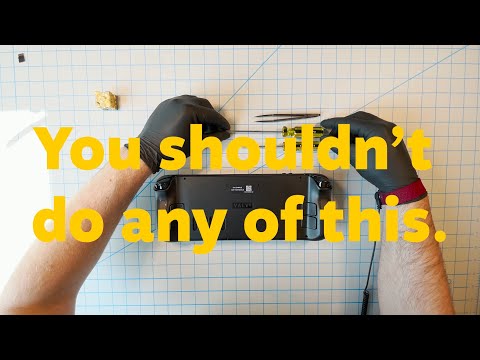 I’m interested, but not right away. I’m not an early adopter, and happily let others with expendable cash be my beta testers.

There are no platform versions on Steam. Games either run on multiple platforms or just one. This is a screenshot of a game that runs on Windows, MacOS & Linux/SteamOS.

Ports for the Nintendo Switch are designed with its hardware constraints in mind. I doubt developers will start making “steam deck” ports unless Valve starts throwing its weight and/or money around.

This is a PC in the form of a game console. It is not a unique software platform like the Nintendo Switch. Developers will not have to release games for it specifically but they may be more inclined to support Linux because of it.

There are many types of PCs. Games released for PCs support a wide variety of hardware. Customers will be able to adjust their settings to better match their hardware. Not a problem, same as its always been for PC gamers.

Also, the hard drive is upgradeable but you’ll need to make sure that the dimensions and power draw are (nearly?) exactly alike. In addition to power draw there are EMI issues to consider. It’d be wise to do research and let other people fail first.

I think it is an interesting device but I like all the things that it “solves”. I like a big screen. I like my keyboard, which is solidly on my desk. I like my big, arcade-style trackball. And did I mention how much I like seeing my games in Enorm-O-Vision? Because that’s really key.

I don’t need mobile either. It will have a dock available, though.

I like the idea of being able to play in bed, or on the couch without having to worry about the hardware.

This is a PC in the form of a game console. It is not a unique software platform like the Nintendo Switch.

Yes, that’s the point I’m making. When you buy a console, you’re getting a guarantee (barring developer fuckups like Cyberpunk 2077) that you will be able to play every game released for that platform.

Valve very much wants people to think of the Steam Deck as a hyper-powerful Switch-like console, but it of course is not one. Seven years from now, developers won’t be pushing the limits of Steam Deck hardware the way they do for games released late in console generations. They’ll continue developing their games for the general PC market, and the Steam Deck will fall behind much more quickly than consoles do over similar timeframes.

Aye; i think that’s a real concern: how usable will this device be in 4 (or w/e) years time?

For playing the hot new AAA games? Probably not very. It’ll always be great for mid-range and indie games that translate well to a handheld experience, and that’s actually a very exiting development space lately. Still a little rich for my blood, but I wouldn’t scoff at anybody who decided to buy one.

Oh, I wouldn’t scoff. I think it’s a nifty device. But I think that ultimately, the market niche it is trying to create (handheld PC gaming) just isn’t going to exist. The types of games that are good for handheld devices are already available on small(er), computer-like devices. No one needs a PC to play Candy Crush or Bejeweled or Angry Birds.

Oh, I wouldn’t scoff. I think it’s a nifty device.

Oh, sorry - I didn’t mean you. I was actually poking at myself since I’ve been critical of it in the thread.

The types of games that are good for handheld devices are already available on small(er), computer-like devices. No one needs a PC to play Candy Crush or Bejeweled or Angry Birds.

Think more along the lines of games that use controllers (either preferentially or as a legitimate option) rather than mouse/keyboard. Fighting games, hack n’ slashes, open-world action, shooters, roguelikes, even turn-based strategy. Right now, Nintendo has the market cornered on porting games like that to a handheld device. Valve rightly wants a piece of the action. I just think they dropped the ball on emphasizing the AAA thing and should have gone all-in on affordable mid-range gaming.

The types of games that are good for handheld devices are already available on small(er), computer-like devices. No one needs a PC to play Candy Crush or Bejeweled or Angry Birds.

I don’t have much interest in buying one since I don’t really play games anywhere than at my desk (and don’t have the opportunity to, either) but I can see the use case for it. Especially for Steam users who often have extensive backlogs of excellent games that aren’t recent AAA cutting edge graphic releases. I don’t think the current use case for it is really “I own no gaming hardware period and will start with this Steam Deck” but rather “I love PC gaming and want to take it with me on the go or lounging in bed/couch”.