Thanks - I had forgotten the exact details of how the promotion worked. I agree that it would make sense dramatically for the show to have Richmond play in the 3-6 tournament.

OK, posting without reading any of the thread because I signed up for Apple TV yesterday just to watch this show. I just finished the first season and am going to watch the rest. Really good show and I don’t care a bit about football. (In that respect it reminds me of Friday Night Lights, which I loved despite not caring a bit about American football.)

The second episode was good too, although the very last scene seems quite out of character. Hopefully it was just intended as a bit of a surprising ending scene and the next episode will give a bit of exposition about their decision with Jamie.

Jamie’s back because, after his chat with Dr Fieldstone, Ted realised that winning was potentially the best thing for the team.

Yes, but it seemed to me that Jamie appearing was a surprise to the players. I’m just saying that I hope it turns out Ted had discussed and explained things with them before bringing Jamie back, after his earlier talk with Sam.

I only started watching the show a week ago but now am caught up. I assume that Ted has already told the players why he’s bringing Jamie Tartt back before the closing scene. As to why, it may be related to the conversation with Sam, who told him that Sam’s father felt that Sam was “safe” in Ted’s hands. Perhaps Ted felt that Jamie also needs his mentorship as well, given what we know about Jamie’s awful father. (I doubt that Jamie named the little army man after Ted Danson, but Ted Lasso, so he’s already looking up to him.) And yes, the team has had a long series of ties but with Jamie on the team, might be able to start winning games.

Incidentally, the New York Times has nice recaps of the second-season episodes and in the comments section, I learned that Roy Kent might modeled on Roy Keane, who was a real player. And when Sam excused Jan Maas as not being rude but Dutch, apparently such directness is in fact a trait of the Dutch.

And when Sam excused Jan Maas as not being rude but Dutch, apparently such directness is in fact a trait of the Dutch.

My wife and I laughed so hard at that line. She used to do a lot of work with her firm’s office in Amsterdam, and she got along exceedingly well with them because she is just as direct as they are. She loved their directness, and they loved working with an American who didn’t think they were being rude. So, yeah, it’s a thing.

I loved everyone just nodding along after that line as if to say, “oh, yeah, I forgot he was Dutch. Carry on.”

Episode 3 is out. It’s terrific. It continues the vibe of the second season where things are a little more complicated and nuanced and the answers aren’t as easy as in season one. Stuff is happening and people are making choices and there will certainly be consequences.

It does take a big bite of a surprisingly difficult topic, too, one which I suspect the show won’t take the time to properly address. It’s the kind of thing that would take over the whole story and change the show into something different than it’s been, which is why I’m assuming they’ll push it to the margin sooner rather than later.

Rather, it’s used as a way of exploring and developing the team dynamic, which is coming to the forefront as a story element. In season one, the team was more like a background canvas, part of the setting for Ted’s character and story. But now the team dynamic is itself carrying some of the story weight, which is an interesting evolution.

Basically the show continues to be really good, but it’s increased its ambitions for thematic complexity. I hope they pull it off.

In season one, the team was more like a background canvas, part of the setting for Ted’s character and story. But now the team dynamic is itself carrying some of the story weight, which is an interesting evolution.

Before this season, I was wondering what direction they were going to take things. Season 1 was great, but it felt like a complete story, at least in terms of Ted winning over the team. By the end of the first season, all the players and staff are completely on Ted’s side, including Rebecca. Season 2 has the basic plot setup of them trying to get promoted back to the premier league, but I’m interested in what they’re going to do with the character development.

Also, Brendan Hunt (Coach Beard) had an interesting Twitter post regarding their thought process when writing the second season: 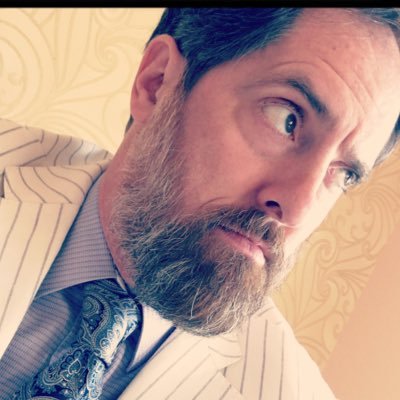 @brendanhunting
Last year when #TedLasso came out, they dropped three episodes first, then went weekly. When we were writing season 2, we carried the expectation it would go out the same way, that people would be able to watch these first three all at once.(1/3)

I’ve said before that the first season really hits its stride in episode 3 and then every episode is great from that point. It sounds like this season is structured similarly, so they’ve set up things in these first three episodes, and things will develop from here.

So what you are saying is that the season is going to end with a win where Jamie makes the extra pass to Sam for the winning goal?

Other way around, more likely. Shows bonding and forgiveness and the team allowing Jamie to shine.

I just worked out why the new team psychologist keeps bugging me.

Every time I hear her name, I have flashbacks to “Doctor Marcia Fieldstone” in Sleepless in Seattle.

It will be interesting where they go with this storyline, of the rebellion against Dubai Air led by Sam. I don’t see how the company remains a sponsor after that, and if so, the team’s finances are in big trouble. (They already told us that the team salaries were for a Premier League team but they’re now a Championship League team, so they were already in trouble.)

Really, firing or trading Sam before they all covered over the sponsor name was probably the right thing to do, but I think Rebecca was trying to impress her goddaughter, so she didn’t do that.

It’s possible that the publicity forces the parent of Dubai Air to do the right thing with respect to Nigeria or they get a new and better sponsor to take Dubai Air’s place.

It would be a fantastical storyline for the oil company to do the right thing. BTW, just two weeks ago, The New York Times ran this paywalled article about what the oil company Chevron has done to pollute the Niger Delta. So this storyline is more or less ripped from the headlines.

There are lots of possibilities. For one thing, the show might just drop it as an ongoing storyline. Otherwise, they might have to cut salary, either players or staff. Or, they might find a new sponsor, such as the conveniently introduced Bantr app, or maybe the dastardly Rupert!

I can’t see them dropping the sponsor storyline , money I guess is this seasons existential threat to the team. Wondering if Rebecca’s love life will he the solution .

It would be highly disappointing if they did end up dropping the storyline and it just wouldn’t make sense. I can see it being a big storyline about finances and how they are going to pay these players that they need if they have a chance at promotion.

I learned that Roy Kent might modeled on Roy Keane , who was a real player.

It never occurred to me that this would be lost on American viewers. They’re pretty much hitting you over the head with it if you know who Roy Keane is.