a 5 cent cover-plug and some reflective lettering indicating the right location for the pin shouldn’t be much of a project to distribute.

I am shocked this is necessary. ISTM the landing gear is plenty well locked once down. Afterall, it absorbs the impact of landing just fine. Why would it collapse while standing at a gate? And having to put a pin and and take it out just seems a weird complication that allows another point of failure (as happened here).

NOTE: I am not arguing that this is obviously all needed and we can see it collapsed but I am baffled.

They were running tests on the hydraulic system. Inserting the pins is a method of ensuring the gear doesn’t retract in such circumstances. In other words, this wasn’t a normal pre-flight procedure, the engineers were doing something out of the ordinary.

You can’t make this stuff up:

Indonesian Covid-positive man disguises himself as wife on Citilink flight in...

An Indonesian man is reportedly facing arrest after wearing a niqab in order to board a flight.

If they would just make bikinis mandatory this wouldn’t happen. Not sure anyone wants to see me in a bikini though. 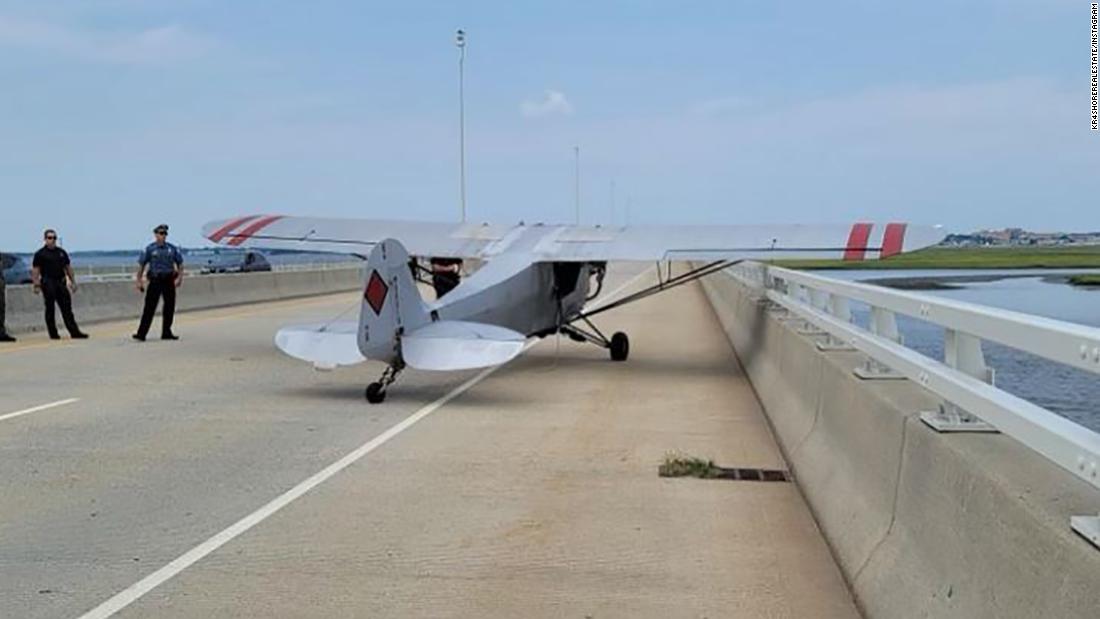 A teenage pilot had to make an emergency landing on a New Jersey bridge Monday afternoon after the aircraft experienced an engine malfunction.

and it was a tail dragger on a bridge. Nice. It looks like the wing just cleared the railings. Would have sucked to catch a wing and cartwheel in to the water.

If I had to guess, I’d say he probably landed closer to the center of the road, and then the plane was pushed over toward the railing before those pictures were taken.

The news story did have a few other details that make me scratch my head. It said he only got his license ten weeks ago, but was already flying for an advertising company towing banners. Wouldn’t that require a commercial license to get paid? I don’t remember the requirements, but how common is it to have a commercial license that soon after a private license? He also said he had no radio in the airplane. That strikes me as rather dangerous, since those banner planes operate over crowded areas, and sometimes there’s more than one in the same area.

Still, nice flying and I’m glad no one was hurt.

I think you’re right. He was probably centered on the road and was pushed over. But reporters generally don’t have a clue what they’re reporting on. He probably got his commercial license 10 weeks ago and they left out the word “commercial”. One of the pictures show a twin engine plane so he might also have that rating too.

I bike over that bridge several times a week. Landing in the center he would have plenty of room, although I wouldn’t want to do it on a regular basis. I’m also a bit surprised that he didn’t have a radio but for where he was flying, they aren’t required. Nice bit of flying/decision-making and he was fortunate the gap in traffic appeared when it did. Landing in the water or on the marshes would likely have totaled the plane and resulted in injuries.