Here’s more on the United 328 whoopsie:

The loud boom was unmistakable aboard United Flight 328 just after takeoff on Saturday. Something had clearly gone very wrong.

I just saw this report on the Kobe Bryant accident on YouTube. I know some here hate these things but for those who don’t:

Nothing surprising in the report. Their preliminary is pretty much what we speculated happened.

I feel like something is missing that we will never know because of the damage. That was an expensive helicopter with a IFR rated auto pilot system. The first rule is to fly the plane. Assuming he was disoriented the first step was to focus on stabilizing the flight and to utilize the tools available. He needed to climb out of the soup in a controlled manner, avoid terrain, and establish an IFR flight using the radio. So, fly off the instruments to stabilize the aircraft, engage auto pilot, ensure terrain is avoided, make radio contact and file IFR. In that order.

I’d be flying off an ipad loaded with terrain data and synthetic vision for easier reference points. He didn’t just need to clear the terrain but he needed to clear towers which by default are stuck on the higher points of the terrain. All of this data is available by subscription so the certified equipment should have had the data to avoid terrain/towers built in with appropriate audio and visual warning. The Ipad just blows up the image to make it easier on the eyes.

Heck, if his gps system died he could have flown off google maps and the other instruments in the cockpit.

Or maybe you’re trying to train for what to do after you’ve flown up a valley in bad weather. To do it in a simulator with simulated bad weather you first have to get the student to get into the valley in the first place and they might say “the weather is bad, I’m not taking off”, or “that valley looks dangerous, I’m not flying up it”. The instructor is then forced to ask the student to pretend they’ve made a number of bad decisions. “Yes it’s bad weather but I want you to take off anyway”. “Yes that valley looks like a trap, and it is, but I want you to fly up it.”

Isn’t that the whole point of simulator training?

They are not there to wait and see if you ever make a bad decision. They are there to throw situations at you that test your skills when something goes wrong.

Not every bad situation is due to bad pilot decisions.

No, but finding yourself below the hill tops with no viable escape route is almost always the result of a chain of bad decisions, and I thought that was the type of situation (Kobe Bryant, and that JU52 that flew up a blind valley) under discussion.

Simulators are generally used to train and test the use of specific procedures and skills. An engine failure at a critical point in the take off, a single engine approach and missed approach, a single engine landing, reacting to EGPWS warnings, dealing with a depressurisation in the cruise, that sort of thing. In that way they are good for keeping a pilot, who has otherwise had an incident free career, current on what to do if shit happens.

They are not so good at battling the complacency that comes about by continually getting away with poor decisions and rule breaking. So for training a VFR pilot on the risks of flying in poor weather surrounded by hills, they are not so good, because it is hard to reliably design scenarios that actually achieve the training outcome you want, when the outcome is based around soft skills like decision making.

For one thing, it is impossible to simulate commercial pressure (whether it is real or perceived). If you are about to go flying in your simulated helicopter, it doesn’t matter how much you are told to imagine you have Kobe Bryant as a passenger, you know he’s not there, and you won’t act the same way as if he was there. Same if you’re told you have a number of passengers on your antique passenger plane and they really want to go flying.

it doesn’t matter how much you are told to imagine you have Kobe Bryant as a passenger, you know he’s not there, and you won’t act the same way as if he was there. Same if you’re told you have a number of passengers on your antique passenger plane and they really want to go flying.

This. You look like an idiot telling someone who spent stupid money to shave an hour off a limo ride that you now have to divert somewhere and get a limo.

This thought consumes valuable thought processing used for thinking ahead of the situation so you’re ready to put plan B into affect.

Thing is that the disorientation set in faster than he could do much. As they mention in the video, academically knowing you need to do all that, and being able to reflexively do that when you enter IMC unexpectedly are two different things.

And the thing is, it seems likely that he tried to do what was mentioned in the video as the correct action for inadvertent IMC penetration, specifically the part about setting up for a stable climb while keeping level. But the pilot got disoriented and got into a left bank (but it’s also possible that he was trying to turn, no way to know), and he didn’t just fail to clear the ridge line, he got into a graveyard spiral and hit the ground lower (and much faster) than what he achieved in his initial climb.

I think that whole sequence of events took less than a minute. I think it’s great that you have synthetic vision on your iPad and a grasp of setting up for a stable climb in an emergency IMC condition, but could you get all that configured in less than a minute? Without getting disoriented from looking at various instruments and fiddling with your iPad? In an inherently more unstable aircraft than a light plane?

An 8,600 hour check pilot for what eras otherwise determined to be a safe charter company couldn’t.

I think that whole sequence of events took less than a minute. I think it’s great that you have synthetic vision on your iPad and a grasp of setting up for a stable climb in an emergency IMC condition, but could you get all that configured in less than a minute? Without getting disoriented from looking at various instruments and fiddling with your iPad? In an inherently more unstable aircraft than a light plane?

Switching views is 2 taps on the ipad so there isn’t really a “set up”. It’s why it’s such a significant leap in technology over stand-alone hand-helds. He could also switch from flying VFR maps to road maps in the same fashion.

Putting that aside the goal is to have a plan B available which is really another way of saying fly ahead of the plane. He knew the surrounding weather was poor because he called for special VFR departure. He was probably following roads because they provided an obstruction free corridor and he could “drive” visually to the destination. Flying VFR does not mean a pilot ignores the gauges. The altimeter is looked at all the time and it’s just natural to use a standard visual rotation of gauges that center on the artificial horizon.

I’m strictly VFR but for turns I only look out the window for see-and-avoid. I do all turns with the A/H. It really takes the effort out of making a crisp turn and stay locked on altitude. .

An 8,600 hour check pilot for what eras otherwise determined to be a safe charter company couldn’t.

I know 25,000 hr pilots who made the most egregious of mistakes. these are people who are serious about following procedures and planning ahead. Mistakes happen.

The most expensive airplane crash in history, a featured Wiki article today:

2008 Andersen Air Force Base B-2 accident

The Andersen Air Force Base B‑2 accident was a February 2008 incident when the Spirit of Kansas, a United States Air Force Northrop Grumman B-2 Spirit stealth strategic bomber, crashed on the runway shortly after takeoff from Andersen Air Force Base in Guam. The incident marks the first operational loss of a B‑2 bomber. Both crew members successfully ejected, but the aircraft was destroyed. With an estimated loss of US$1.4 billion, it was the most expensive aircraft crash in history. On 23 Feb...

The crews who fly long missions in B-2’s have to wear adult diapers because there’s no bathroom in the plane. They may have been better prepared for this than most pilots.

The cockpit is not luxurious. Behind the two seats is a 6-foot flat space where pilots can set up a cot to sleep. Many just sleep on the floor. “I can fall right to sleep anywhere,” Scar says. “Except, for some reason, the cockpit of a B-2.” There’s also a crude toilet—a stainless-steel bowl, no walls—behind the right seat, not too far from a bank of classified communications servers.

there may be a crude toilet but who is going to use it in a confined space? It would be like crapping in the back seat of a .Mini Cooper.

And yet they do apparently use it…

Before her flight that day, the B-2’s two-person cockpit had to be modified with privacy curtains around the small toilet, which is necessary because the B-2 is capable of long-duration sorties with its lengthiest ever clocking in at 44 consecutive hours.

women can’t use piddle packs so taking a pee makes sense. Taking a dump does not.

One might not plan to take a dump during a 40 hour mission, but one might be surprised. Between meals eaten before takeoff, needing to eat several times during the flight to maintain energy and alertness, a certain amount of coffee every few hours, and a bunch of water, surprises occur.

The nature of real long missions like that is many hours of boring autopilot cruise punctuated by occasional busy aerial refuelings and maybe 2 hours in/near enemy territory where it’s all hands (4 of 'em) at battle stations. There’s no sense in making oneself miserable and distracted for 20 hours because you can’t or won’t use the facilities for their intended purpose.

I asked about a “coffin corner” a while back and it was answered. I am just coming back to it to add this bit which was recently posted on YouTube and illustrates it. Hope that is ok.

Note: I queued the video below to where a coffin corner is discussed. There is more in the video prior to that which lays some foundation. 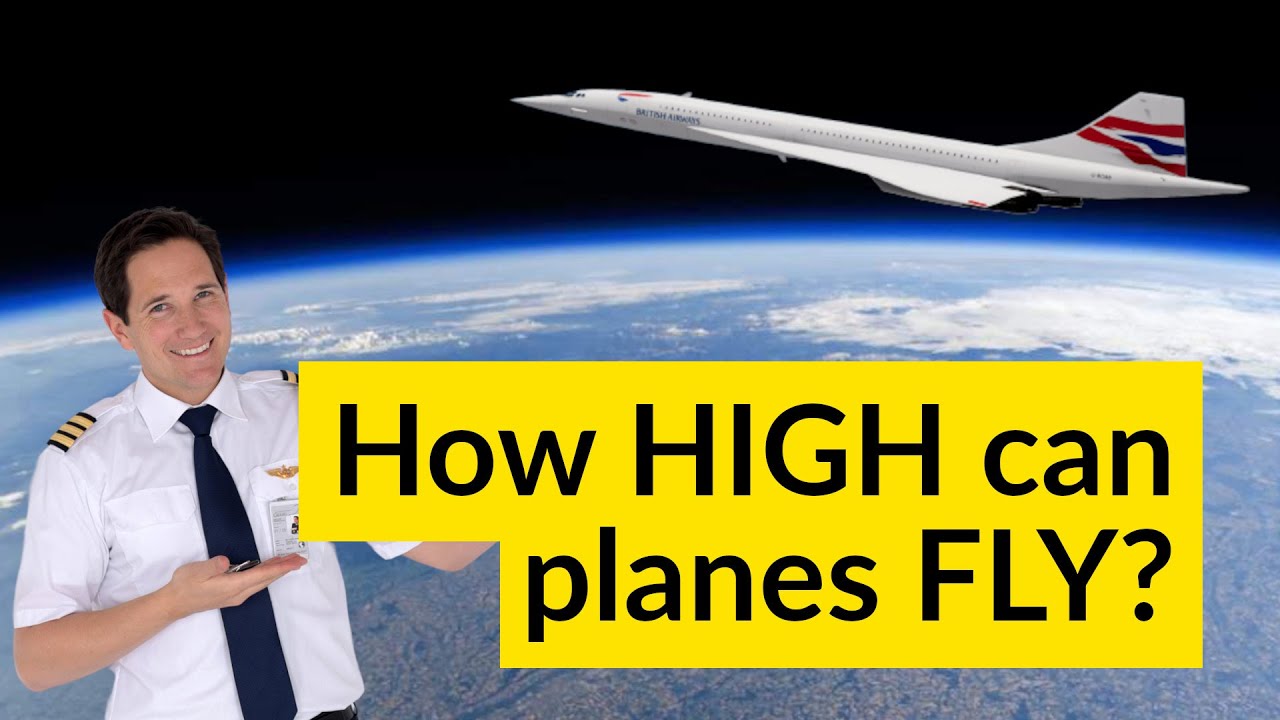 Ah, who could forget making a model of the WW-II heavy fighter Bell YFM-1 Airacuda as a kid. Bell’s answer to nothing. If they could get another plane to slow down long enough for the twin 37 mm cannons to hit it they had a winner. They built 13 of these things.

We lost one of our own this week with the death of Technical Editor and Director of Business Operations Mike Collins from COVID-19. After two weeks in an intensive care unit on a ventilator, Mike died on February 25. He was 59.

That sucks. It’s like the last guy dying in a war.