What type of microphone is it? If it’s a condenser mic it needs the +48V switched on.

What type of microphone is it? If it’s a condenser mic it needs the +48V switched on.

I think he meant it was an SM-57. I’ve used that with an audio interface (MOTU ultralite) and didn’t need to power it IIRC. Must be some interface configuration issue?

If it’s an SM57 then it shouldn’t need phantom power.

I would be tempted to plug headphones directly into the U-Phoria UM2 headphone jack. That will tell you if the problem is in the mic / preamp or if it’s a configuration issue on the computer side.

Does Audacity recognize the preamp? What is the input volume set to in the computer’s audio config?

SM-57, yes. Does not need seperate power source, +48v light was off, the yellow power was on but there is a switch in back that was off. What does direct monitor do? Anyway levels are much higher now

BTW what is best, MME, Windows Direct Sound or WASAPI?

I’m guessing the mic/line gain setting was low earlier? That should be what controls the input level into Audacity. Direct monitor allows you to monitor the signal directly from your USB interface, without it passing through your computer first.

ASIO in my experience, but I may be out of date - I haven’t done recording in several years. Install Asio4All drivers and your audio software should use it and that’s probably the lowest latency option.

downloaded from 2 sites, don’t know if it is installed, don’t see it in device manager or Audacity. Seems like I remember installing it on the Behringer a while back

I have that Behringer interface. I do need to turn on phantom power with my Audio Technica mic.

Yeah, but a SM57 is a dynamic mic. Turning on phantom power isn’t going to change anything with it.

downloaded from 2 sites, don’t know if it is installed, don’t see it in device manager or Audacity. Seems like I remember installing it on the Behringer a while back

Hmm, I just downloaded Asio4All from here and installed it. My Premiere Pro build sees it and lets me select it just using mobo audio. I wouldn’t expect it to show up in device manager.

The ASIO technology was developed by German company Steinberg and is protected by a licensing agreement which prevents redistribution of its source code.

Audacity, as an open source program licensed under the GPL, is therefore currently unable to support ASIO, despite being ASIO-capable (providing the user’s sound device is similarly capable). If ASIO support were distributed in Audacity builds this would either violate Steinberg’s licence agreement if the code were included, or conversely would violate Audacity’s GPL Licence if the code were withheld. There are persistent rumours of Steinberg opening up licensing, but without any apparent movement. Anyone who cares about this issue is invited to make their views known to Steinberg via their Contact page.

Audacity provides ASIO support on Windows for individuals who are prepared to compile Audacity from source code using the optional Steinberg ASIO SDK.

Given all that, we’re back to your original question of “MME, Windows Direct Sound or WASAPI?” I don’t know the answer. My guess is MME, but that’s a guess.

MME is often the default selection since it is supported by most Windows OSes (MME was released in 1991). Between DirectSound and WASAPI there is not a big difference, as DirectSound is basically just a DirectX-related Interface to the Windows Audio Session API (WASAPI) underneath. WASAPI features the lowest latency of all (by design) and therefore should be preferred for recording (especially when it comes to multi-track).

My (possibly outdated) info is ASIO is better than these other three, but sounds like you want WASAPI if that’s all you have.

After years of lurking here, I can finally contribute and send some information the other direction - wheee!

There isn’t too much difference between those three driver choices, in this application. I’d start with WASAPI, since it’s newest, then move to Windows Direct Sound and MME, in that order. MME is the oldest driver, if that helps you at all.

As far as your recording levels - when you say it “only gets to about 24 when recording”, where is it only getting to 24? On Audacity’s meters, or on the Behringer interface’s hardware meters? Does it even have hardware meters, or are they software-only?

It may seem counter-intuitive, but one of the best ways to record an acoustic is to point the mic at the joint where the neck meets the body, not at the soundhole. Recording gets weird, so don’t be afraid to experiment and figure out what works best for you.

I was part of teams that developed recording software (ACID, Vegas, Sound Forge) and worked for a guitar manufacturer you’d probably recognize…so this thread caught my attention. Keep picking!

Thanks, @scabpicker - I hope I can keep with y’all… there are some big brains here.

I randomly ran across this (what I think is pretty amazing) guitar play-along of Zep’s Hot Dog. The sound quality is terrible but the playing is cool. 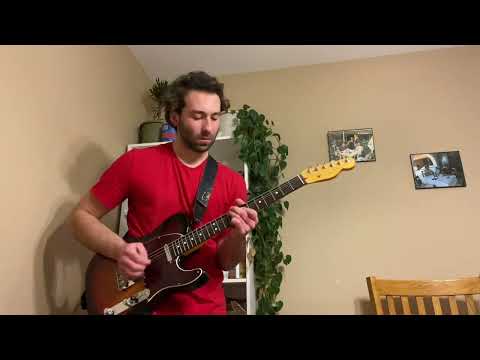 Well still not working. I am playing a Martin guitar, slowly, just G and EM. It was a surprise gift last Christmas from my brother, blew my intermediate guitar playing ass away. A fucking Martin! This recording sounds like it was done half a block away from a garage.

Here is something I can’t understand - if I click on this link, or any other Soundcloud recording (my brother has a few) I can never hear them. I get a circle going round and round and I hear no sound. I have cleared cache for that site, cleared cache for all of Chrome. I can’t even hear my own recordings to learn how much I have to learn.

later - I can hear the Soundcloud recordings if I cast from computer to TV. My latest test recording still sounds like shit, but I can hear it if casted

Windows has volume settings, right? Perhaps check that the microphone levels are not turned down in that settings window. The UM2 should also have a volume knob.

Found a solution, I can normalize volume after recording. Doesn’t seem to add any distortion