How about “Democracy in our time.”

My worry is that there won’t be enough smart dem voters in '22 to realise that there was a gear in the works in the form of JM, and just flouce out with “my dem party has let me down”.

Discourse does not like the above reply; perhaps this sentence will distract it.

Senator Joe Manchin, I would assume.

Indeed.
Yeah, I’ve been known to be fast and loose with my acronyms, just like I am with my devotees, vino, and free used cars.

Geesh, not like you’re trying invoke discobot or nothin!

Geesh, not like you’re trying invoke discobot or nothin!

Even though my post had the magic 5 characters it complained that it didn’t look like a complete sentence and refused to post it. WHich surprised me.

Given that many people post from phones, and we’ve all received the SMS txt equivalent of a butt dial, the complaint may be a way of preventing butt posts on phones. Still, I was surprised to be stymied until I wrote something resembling a sentence. 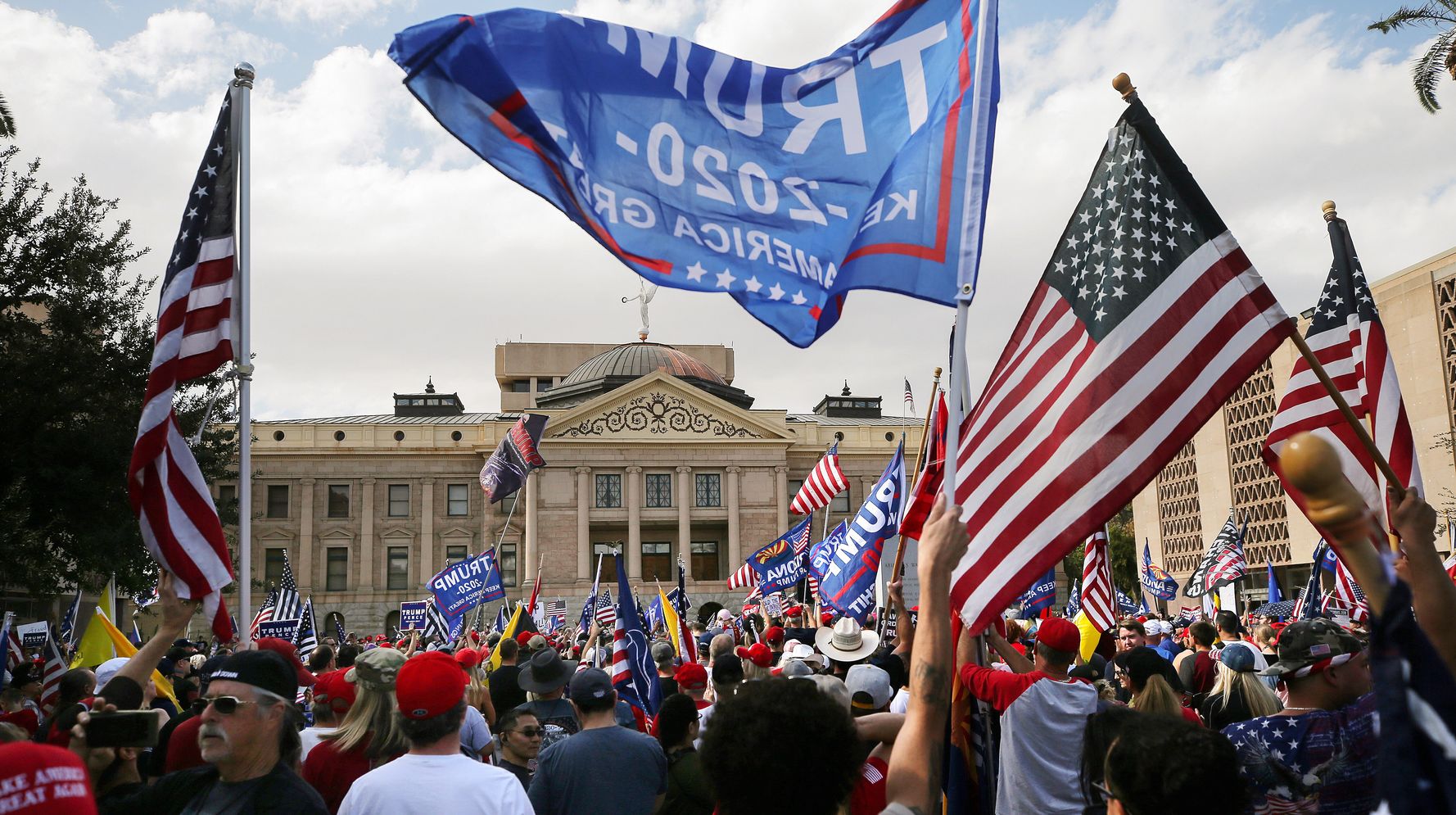 GOP lawmakers from Pennsylvania, Michigan and Georgia want to conduct unnecessary, conspiratorial audits of the 2020 election in their home states.

Well, they didn’t find anything in Arizona, so the only conclusion that makes sense is that they need to try looking elsewhere.

Anyone auditing those Cyber Ninnies up in Montana?
Whatever the fuck they’re doing.

Everybody here knows it of course, and the higher-ups in the Republican Party are cynical enough to know it as well, but publicly espouse something different.

But the rank and file voter/conservative person? They just accept without any real evidence that voter fraud MUST be rampant, because to them, all these things being outlawed seem strange and bizarre because their voting places are very close, rarely have lines of more than a dozen people or so, and they mostly are retired, or work 8-5 professional jobs where coming in a hour late for voting is no big deal- if anything, it’s celebrated. And they virtually all have picture ID.

They don’t realize that in Republican states, this sort of thing is NOT the case in ethnic minority neighborhoods- polling places aren’t always at the elementary school or church up the street, there are fewer of them, so lines are long and often outside. And cars, and by extension, IDs aren’t nearly as universal in those communities.

So they view all these things as somehow giving undue preference to minorities, and since they make voting easier, they’re also perceived as increasing the probability of fraud.

Anyone auditing those Cyber Ninnies up in Montana?
Whatever the fuck they’re doing

I would guess that they are currently attempting to alter ballots with sharpies. By poking a hard drive with a felt pen.

They don’t realize that in Republican states, this sort of thing is NOT the case in ethnic minority neighborhoods- polling places aren’t always at the elementary school or church up the street, there are fewer of them, so lines are long and often outside. And cars, and by extension, IDs aren’t nearly as universal in those communities.

Oh, I think that most of them realize it very well. And they’re happy to do anything to prevent “those people” from voting.

Democracy means nothing whatsoever to them. They think that they are better than others, and deserve more. More money, more power, more votes.

In a promising move, AG Garland has promised to double the size of the DOJ’s voting rights enforcement unit (Washington Post article, paywalled).

About time. While obviously the effort to pass federal voting right legislation is important, the Administration is not without tools to challenge and overturn violations of citizens’ voting rights. While the Supreme Court severely hampered enforcement of the Voting Rights Act by invalidating the “pre-clearance” requirement, the Department can still enforce requirements of the act through criminal and civil challenges. It may be swimming uphill given the current composition of the judiciary, but to have any chance at all the Administration needs to quickly and robustly challenge these new laws as they are being enacted.

It is not original but I do not recall the source. I’ll google and see if anything pops up.

I disagree. I think that the majority of rank-and-file Republicans don’t think of themselves as racist, but are so myopic in their worldview, that when they think of “disadvantaged” or “lower income”, they’re imagining people with lower, but still middle class income. Not the actual crushing poverty that we see.

And further, because their worldview is basically that everyone is just like them, it’s all that much easier for them to assume that if someone ends up in poverty, it’s because they fucked up in some egregious manner, because in their view, people have to fall to that level in some fashion, and nobody starts out there.

I’ve met too many people who fit this template; they assume that everyone had a life like theirs, and that if they’re poor, they must have made poor decisions to be that way. And so on. Or that voting isn’t that tough- if someone doesn’t vote, they must be lazy, or not care, or whatever, and we’re better off without their vote. 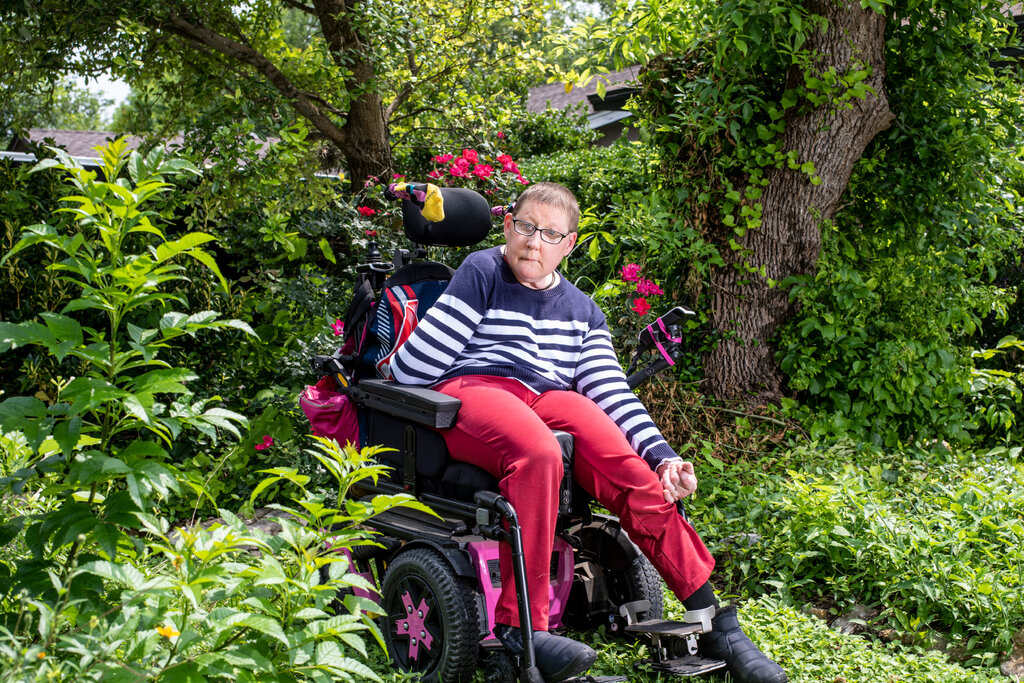 Legislation across the country would restrict voting methods and accommodations that people with disabilities are disproportionately likely to rely on.

…
The Texas legislation, which Democrats blocked but Republicans plan to revive in a special session, is one of a series of Republican voting bills that would disproportionately affect people with disabilities. The Wisconsin Senate approved three last week with more to come, though unlike in Texas, the governor there is a Democrat and is expected to veto them. Georgia and Florida have enacted similar measures.

For years, advocates have worked to mobilize Americans with disabilities — more than 38 million of whom are eligible to vote, according to researchers at Rutgers University — into a voting bloc powerful enough to demand that politicians address their needs. Now, after an election in which mail-in voting helped them turn out in large numbers, the restrictive proposals are simultaneously threatening their rights and testing their nascent political influence.
…

So when Garland announced last week that he’s putting his foot down, will this pass the bar? 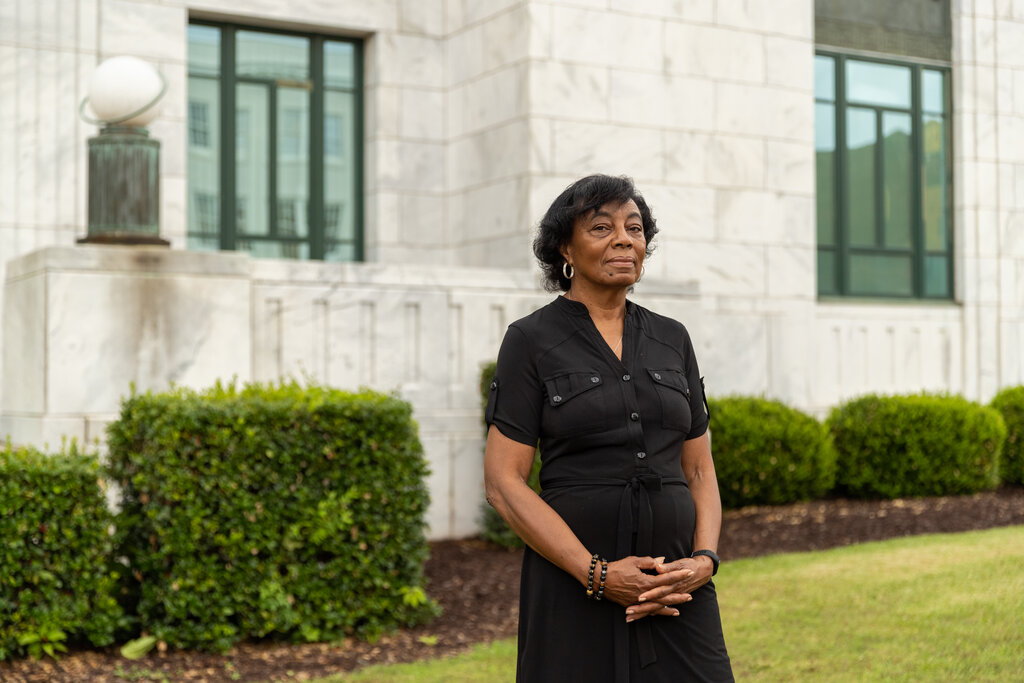 How Republican States Are Expanding Their Power Over Elections

In Georgia, Republicans are removing Democrats of color from local boards. In Arkansas, they have stripped election control from county authorities. And they are expanding their election power in many other states.

LaGRANGE, Ga. — Lonnie Hollis has been a member of the Troup County election board in West Georgia since 2013. A Democrat and one of two Black women on the board, she has advocated Sunday voting, helped voters on Election Days and pushed for a new precinct location at a Black church in a nearby town.

But this year, Ms. Hollis will be removed from the board, the result of a local election law signed by Gov. Brian Kemp, a Republican. Previously, election board members were selected by both political parties, county commissioners and the three biggest municipalities in Troup County. Now, the G.O.P.-controlled county commission has the sole authority to restructure the board and appoint all the new members.

“I speak out and I know the laws,” Ms. Hollis said in an interview. “The bottom line is they don’t like people that have some type of intelligence and know what they’re doing, because they know they can’t influence them.”

Ms. Hollis is not alone. Across Georgia, members of at least 10 county election boards have been removed, had their position eliminated or are likely to be kicked off through local ordinances or new laws passed by the state legislature. At least five are people of color and most are Democrats — though some are Republicans — and they will most likely all be replaced by Republicans.
…

“Slowly I they turned… step by step, inch by inch…”