The societal ramifications of an indisputable miracle

attempt to see any pattern or reason

People would certainly do that; because that’s what humans do.

This hunt for patterns and reasons leads some people to figure out how to prevent childbirth fever, or how the planets are actually moving relative to each other; and leads other people to see the face of Jesus on a cheese sandwich, or to declare that they know what God means humans to wear. The existence of actual miracles would make it a whole lot more difficult to tell one of those types of pattern searching from the other; but, unless the miracles included drastically changing human nature, nothing is going to stop humans from looking for patterns and reasons.

If the miracle involves a lot of people having the same revelation about something that actually works out that way, then maybe. But a miracle involving the earth pausing in its rotation would almost certainly give rise to a whole lot of people claiming to have had revelations about what it meant, which revelations would differ wildly from each other; and such a miracle wouldn’t, in itself, indicate which of those revelations were true; or for that matter whether any of them were.

If prayer worked, even if only part of the time, that would be data that would help to explain what was going on. “Oh, we make this deity happy and this happens. We make it mad, and this other thing happens.”

But what if the Deity is a bit of a dick who hates being probed, such that any time you try to do such a study he alters the way he behaves, just to keep things ineffable.

Eventually you’d notice that this is what he is doing and draw some conclusions about the universe as a result?

Of course your conclusion about the universe that you draw might not be much beyond the fact that its being run by a science hating dick. At best you might conclude that study is fruitless as the act of study generates conclusions that are at odds with the behavior of the universe at other times (Schrodinger’s nightmare). At worst you conclusion might be that studying the universe is dangerous as half of your research team just spontaneously turned into newts.

When posts get down to line-by-line reponses the conversation gets fractured really easily so I’ll try to chunk up my response:

Sorry, I was being needlessly tongue in cheek there. Currently the viability of relevatory epistemology is 0 so any increase is infinite. All the problems you list are real but in Miracle World we would have to give some level of credence - at least to the level of “Well I can’t definitively say this is bollocks, unfortunately” - to claims of truth by revelation which is more than we do now. I fully agree that this will not help very much.

Of course your conclusion about the universe that you draw might not be much beyond the fact that its being run by a science hating dick. At best you might conclude that study is fruitless as the act of study generates conclusions that are at odds with the behavior of the universe at other times (Schrodinger’s nightmare). At worst you conclusion might be that studying the universe is dangerous as half of your research team just spontaneously turned into newts.

And as I pointed before, it would point at what specific items one should not research and continue doing science with less dickish subjects.

This reminded me of James Randi’s reaction when he confronted Russian “researchers” with “charged water” that was alleged to have curative powers after charged by psychic healers. After teaching the “researchers” about the basics of using double-blind studies, Randi found that the lead researcher declared the experiment that was agreed beforehand on the conditions to be performed had an issue; when it was beginning to show what a failure the group of quack healers were. That the sample of their charged water was affecting the non-charged water one (an effect that the doctors did not report earlier and did not see before as a problem) and therefore it would be impossible to test it now.

Needless to say, they failed Randi’s challenge, and he was not turned into a newt.

In the NOVA show, The Secret of the psychics, the encounter is at minute 41: 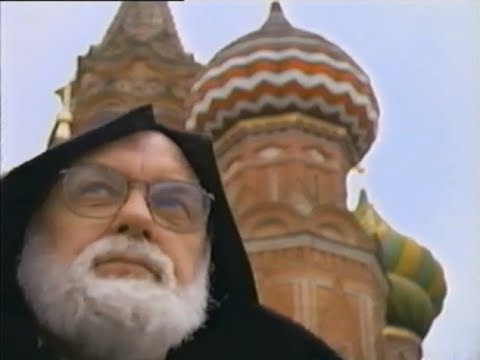 But what if the Deity is a bit of a dick who hates being probed, such that any time you try to do such a study he alters the way he behaves, just to keep things ineffable.

At least then you know that your god is a dick.

The closest I’ve been to a god was playing the Sims. If they were capable of inquiry about the nature of their universe, they would have found that they were ruled by a being that did not care for their welfare, and only intervened when he thought it would bring him amusement.

How do we evaluate epistemologies?

By which ones provide a more accurate description of the universe in which we live.

But “pretending the problem doesn’t exist” isn’t going to be one of them. Maybe the first order of business for understanding this new world would be developing such tools and that should be the focus of intellectual endeavour.

I don’t think that anyone would be pretending that the problem does not exist. Many would be assuming that there was an explanation for currently unexplainable events, and would set out to determine them. We may discover that Methodist prayers are more potent than Lutheran. We may find that the sincerity of a prayer influences its chances of being granted. We may find that there are limits to this “diety’s” power, as in my Sims example, even I had rules I had to abide by. Or we may well determine that there is an arbitrary and capricious all-powerful being who only interacts with us in ways to confuse and confound, but that’s still data.

I’m just saying that no matter how ineffable these events are, we will do our best to eff it.

By which ones provide a more accurate description of the universe in which we live.

It’s not circular, as it allows one to explain observations and make predictions.

If one method of understanding the universe better explains what we see, and better predicts the future, then it is a more accurate description of the universe in which we live.

If we start from the standpoint that we cannot explain our observations nor predict the future, then it’s not circular, it’s a spiral.

The other is that, throughout the history of science, there have been scientists who were religious believers who believed in at least the possibility that God could intervene in reality in miraculous ways (even if God seldom or never actually did so). But they continued to do good science, because when they were acting as scientists they considered it their job to study the way the world normally works, when God does not miraculously intervene, which is at least the vast majority of the time.

Exactly. During my study of the Big Bang, for example, I learned that the first scientific* hypothesis proposing the Big Bang was made by a Catholic priest.

*. The thread on historical facts that were thought to be BS but turned out to be true showed me that Edgar Allen Poe was actually the first to consider the Big Bang as the origin of the universe. His thoughts on the matter, however, were more in the realm of speculation than hard science.