The Truth re Star of Bethlehem

I hesitate to reply to someone who has one (1) post under his belt, considering the likelihood of trollhood, but what the Hell! Since no one else has brought it up yet, here’s what Paul has to say on celebrating holidays:

Colossians 2:16
Let no one, then, judge you in eating or in drinking, or in respect of a feast, or of a new moon, or of sabbaths,

Now of course Paul doesn’t specifically mention birthdays, but if celebrating the new moon (which was certainly a pagan holiday) is a-okay, I imagine birthdays must be as well.

God does not approve of birthday celebrations, they are rooted in pagan religions.

*Originally posted by Badtz Maru *
**Fact is, a lot of the authors of the Gospels were not religious scholars, that’s why there are so many conflicts between the New and the Old Testament. **

Actually, the 4 Gospel Authors, especially Matthew, were pretty good scholars. However, Matthew evidently used the Septuagint translation, which was the best around at that time. They were literate in at least 2, more likely 4 languages- how many are you literate in? Luke was clearly an extremely well educated man for his time.

It is true that Xmas is set around the time of some other pagan holidays- however, Mitra-mas was also fixed around that day to supplant Saturnalia, which took it over from another god, etc. Pretty much, major faiths tend to have a celebration around the Solstice.

Herod the Great likely had a palace guard, for show, but as he was firmly under the thumb of the Romans, he had no effective army. The Romans did not let their puppets have big armies.

skipper, would you be happier if we eliminated every reference to Jesus and complete the seculariztion of the holiday? More people seem to be familiar with Santa, Scrooge, and the Grinch nowadays than The Lord anyway…

Well, of all things! A thread on the SDMB wherein astrological study is relevent! I swan! I offer the following:

There was, in fact, a extraordinary conjunction in the sign of Pisces, occuring in 4 b.c.e, in early spring, very close to the spring equinox. Sadly, such conjunctions are not visualy specatacular, it would appear as nothing more than several bright planets very close to each other. To create the effect that common myth gives to the star, it would almost have to be a supernovae in Jupiter’s orbit. The real thing, however, probably wasn’t that much to look at.

It would, however, would have been an event of great significance to a “wise man” of that time, who was very likely to be conversant in some form of astrological reckoning, most likely the Babylonian derived mathematics and symbology that survives in many forms still.

For if the wise men set on an overland journey of any distance, they would have been traveling some time. If they started thier journey “from the East {Babylon/Persia?}” when Jesus was born and they beheld a miraculous star, it would be weeks before they arrived. Yet according to the Scripture, they were Johnny on the spot! Note also, they were from some unnamed “east”, as if to say “not from around here”. Auslanders

Therefore, it is reasonable to assume they set out on thier journey quite some time before the actual birth of Jesus. What best accounts for this would be the assumption that the “wise men” were likely to be aware of the astrological significance of the time. How they might have guessed which direction to travel in, I have no clue.

The Poster does allege and aver that this opinion is offered for interesting conjecture only, and Poster will not be dragged herefrom into any debate whatsoever about the validity of astrology and related studies, or lack of validity thereof.

[QUOTE]
*Originally posted by Polycarp *
Anyway, here are some “star” explanations:
[li]Miraculous phenomenon. No explanation, just a straight reading of the text as, uh, Gospel truth.[/li][li]Hovering meteor or other atmospheric phenomenon. Doesn’t seem likely. Nearly as improbable physically as the previous.[/li][li]Supernova. Fine – except that there doesn’t seem to have been one at that time, and it would not fit the phenomena Matthew describes.[/li][li]Astrological conjunction. This makes some more sense. There was a conjunction of two or three planets in Pisces at the time. The Magi, the Wise Men of Scripture, were noted for astrological interpretation, and Pisces was the sign corresponding to the Palestine area. I do not recall which planets were involved, but one was Jupiter, the symbol of rule, suggesting that a King of the Jewish people was to have some major life phenomenon happen to him. What says it’s a birth is something I don’t recall. The directional stuff would be metaphorical for specific interpretation pinning down who and where, given all this, and the idea that the heir of David’s line would be born in Bethlehem would make much sense to Jewish thought of the time.**[/li][/QUOTE]

There’s a fifth explanation you didn’t mention: perhaps Matthew made the whole thing up.

Well you guys have covered just about everything I ever picked up in eight years of presenting “Star of Bethlehem” planetarium shows, so I’ll just add this link: 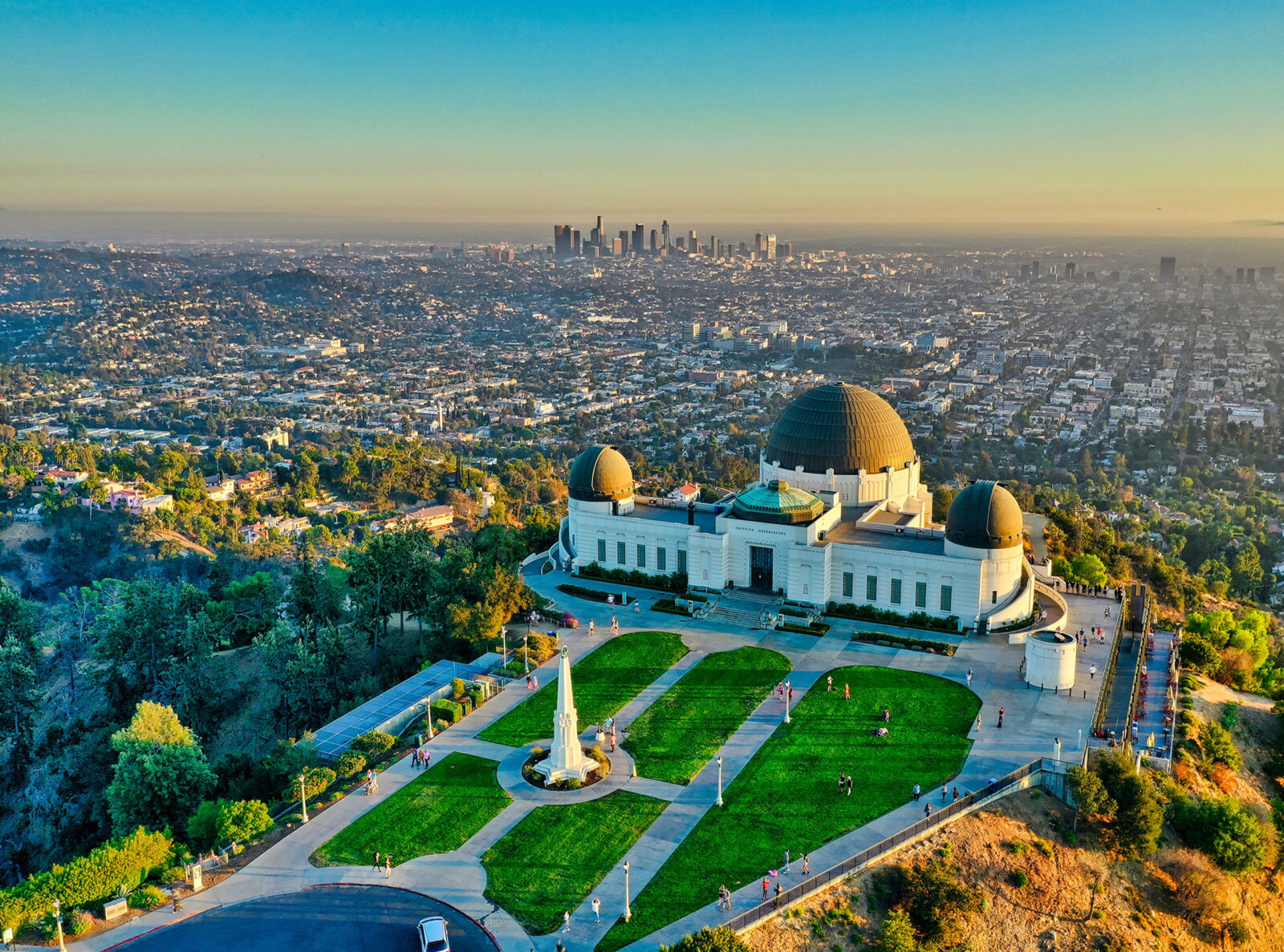 Griffith Observatory is southern California's gateway to the cosmos! Visitors may look through telescopes, explore exhibits, see live shows in the Samuel Oschin Planetarium, and enjoy spectacular views of Los Angeles and the Hollywood Sign.

and lurk for a while.

Oh but before I go, let me be the first to wish everyone a very Merry Winter Solstice!

Daniel,
You don’t need a big army to kill a young kid…I don’t see them resisting much. And, I had thought the Romans encouraged Herod to have a decent sized army, because of the Parthian threat. I know that Herod had Egyptian and Arab auxilliary troops, and, when Cleopatra was forced off the throne by her brother, he provided her with troops in exchange for some Egyptian controlled land near Gaza. So, he would have had some troops.

What I want to know is: why do people post an inflammatory OP, then never post back to defend their statements? What does it accomplish, besides being very frustrating?

Given the lack of relevance, I think you would be better off discussing this on a Christian message board.

*Originally posted by elucidator *
If they started thier journey “from the East {Babylon/Persia?}” when Jesus was born and they beheld a miraculous star, it would be weeks before they arrived. Yet according to the Scripture, they were Johnny on the spot!

Huh? I don’t think there is anything is scripture that says how old Jesus was by the time the wise men showed up except that he was (presuming from Herod’s instructions) younger than two years old.

There aren’t many Christians on the Straight Dope. Given the lack of relevance, I think you would be better off discussing this on a Christian message board.

Define “many”. I strongly suspect we have more Christians here than we have atheists, and indeed more than any other religious group. Don’t assume just because a person may not agree with a literal interpretation of the Bible that they are not a Christian. I count six people responding to this thread that I know for fairly certain are Christian (including the OP); many of the rest of them I simply have no idea what their beliefs are. I daresay the Christians on this MB may object to you claiming that Christian topics lack relevance to them.

*Originally posted by skipper tom *
That “star” was put there by the devil, he also wanted Jesus dead.

Is this a prevalent belief amongst some grouping of fundamentalists? If so:
Isn’t it said, or at least implied, in the Gospels that G-d put the star in the heavens? If that’s the case, but skipper tom is right and the devil put it there, doesn’t this mean that the Bible isn’t literal truth?
Omigod, the implications …

Put a question mark in the above post wherever you think appropriate.

I HATE doing that!

Been there, done that:What’s up with the star of Bethlehem?

*Originally posted by C K Dexter Haven *
Been there, done that

Not to pick on Euty – but there are a few flaws in his answer:

According to the account, it appeared for a while, disappeared, and then reappeared again, moving and then stopping over where Jesus was supposed to have been born. The wise men apparently were the only ones who could see it. Herod could not, otherwise why would he have had to ask the wise men where the baby Jesus was?

A comet would not have stopped and started again, and its tail would not have been able to point to a specific house as the star was supposed to have done.

That is not exactly how the account reads. Because, as we know, the earth spins on its axis stars rise and sink again in the sky. The conjuction (or comet) could have been behind the sun at the time Herod met with the wise men (or it could even have been cloudy.) When the wise men set off for Bethlehem, the “star” rose again in the east and was directly over head (or it’s movement through the heavens matched the Earth’s spin and thus it ‘stopped’ as compared to the rest of the heavenly bodies) once the wise men reached where Jesus was (Bethlehem is about a two hour walk from Jerusalem IIRC so such a description is not unreasonable).

All three of these theories fall apart when we look at what the star was actually supposed to have done.

… is really based on his/her own failure to understand the basics of astronomy and not a flaw in the story.

*Originally posted by jmullaney *
**I don’t think there is anything is scripture that says how old Jesus was by the time the wise men showed up except that he was (presuming from Herod’s instructions) younger than two years old. **

One of the gospels does however state that they went to “the house” where the child and his mother were. So they’d moved out of the stable, which presumably means some time had passed and the whole problem that led to overcrowding and forced them into the stable in the first place had resolved itself or at least eased. And yes, that also means thousands and thousands of nativity scenes large and small have got it “wrong”.

Oh. The Bible also doesn’t say there were three of them.

I know of Jehaovah’s Witnesses; I studied with them for 12 years. Obnoxious? They are among the nicest people you will ever meet. You may disagree wih their philosophy about Christmas and such, but think of this: Christmas wasn’t always celebrated in America like it is today. If George Washington were celebrating Christmas instead of re-crossing the Deleware and surprised the Hessians at New Jersey in 1777, the War for American Independence would have been rather short.

The concept of Christmas and other variations of celebration of the winter solstice has been perverted to become the lynchpin of the big retail sale season. Have a happy to all (even if some of us don’t celebrate we still wish happiness for all), but a Bah Humbug to advertising-heavy businesses.

As for the question of birthday celebrations, the ones depicted in the Bible (The Pharaoh and King Herod) resulted in someone being put to death.